This was a terrible event that happened to one woman who had a three-year-old daughter. That’s important to note because raising a child is difficult and requires a lot of effort and attention, that’s why this lady and her husband decided to give themselves a “Yolo weekend” which happens once a year where one person looks after the child, and the other can go do anything they want.

In this instance, the husband decided to go fishing with his friends around thirty minutes from her home, and something terrible happened with the wife. Her sister got in a car accident, but when she called her husband for him to cancel his weekend and come be with her while her sister is in the ICU, he said he can’t do that because he’s having his one yolo weekend of the year. Is he TA? 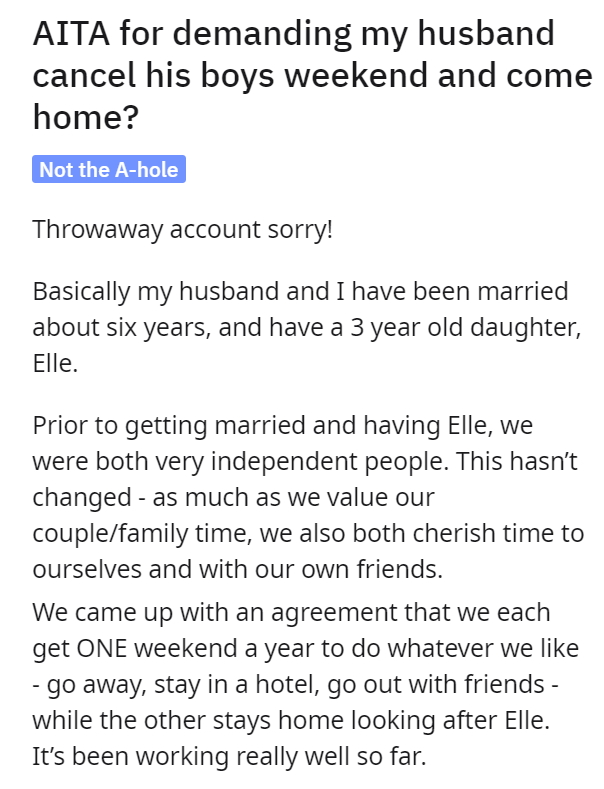 #2 Needed him as soon as possible and he refused! 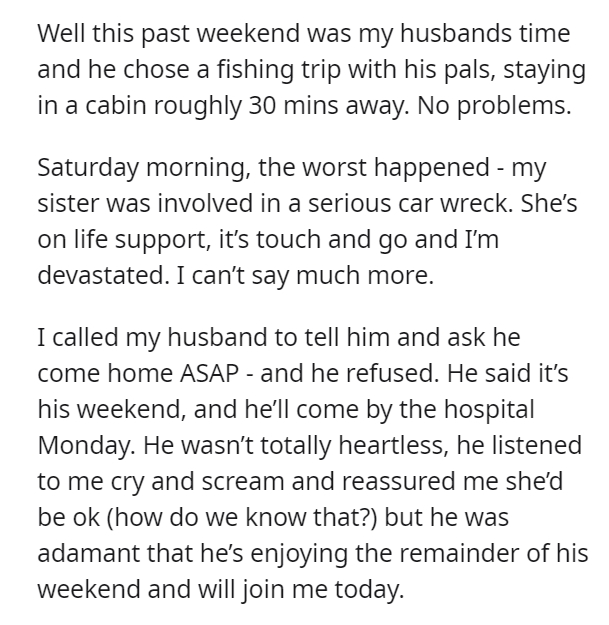 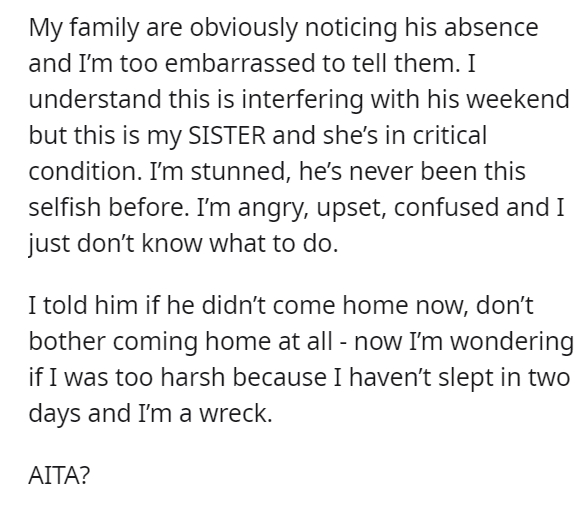 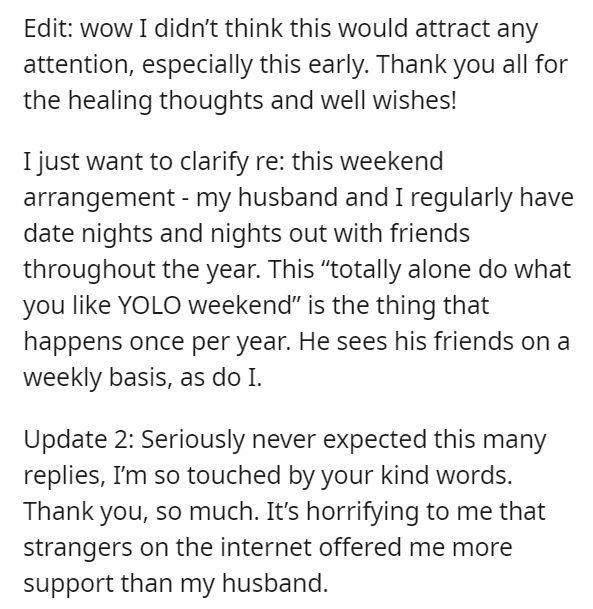 #5 Other auntie is a good auntie. 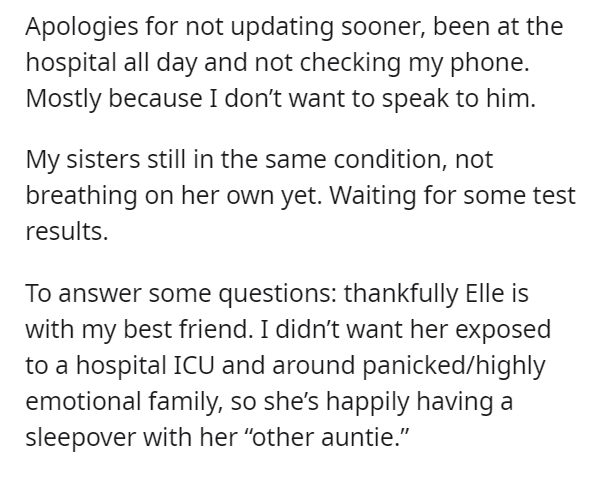 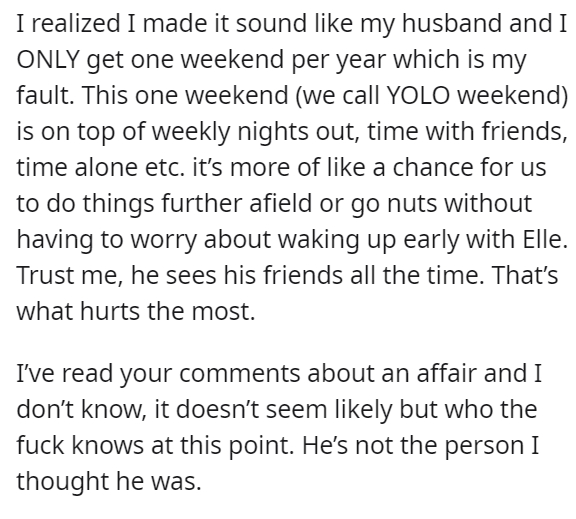 #7 What a kind Redditor. 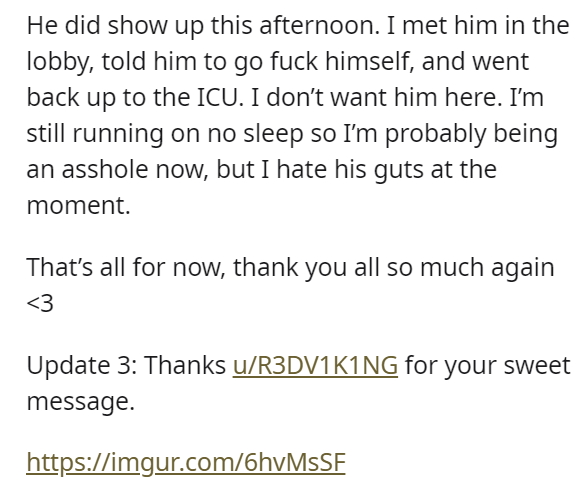 NTA – I think something as serious as a family member going on life support is fair grounds to reschedule a fishing trip.. guy needs to rethink his vows if he can’t be there for you when you need him for something like this.

Idk how someone’s could do this. OP’s sister is in serious danger and she is crying and stuff and her husband want to enjoy with his boys.

Maybe I am too emotional, but if I saw my SO crying in such situation, I might as well start crying. Laugh and fun would be last thing in my mind. But hey, that’s me.

I wonder if this is normal reaction. Because the way OP talks about this, it lookslike, some people do react that way in relationship.

It’s heartless. I don’t even really know my gfs sister all that well but of that happened to her I would be gutted and definitely want to be with my family. A guy I barely know (old school friends dad) died 2 weeks ago in an awful accident when he was on his bicycle. I was shook the rest of the day, I didn’t have any plans but honestly I think I would have cancelled them cause I could get the poor guy or his family out of my head. Cant imagine having a close family member go through something similar and not wanting to be there to hang with the boys. Coward.

What about you? What do you think? Tell us down in the comments.