A lot of women fear going to the doctor because they feel like the current healthcare system is built to oppress them. The story of this one woman who was almost 40 giving birth and having very traumatic post-birth experiences that were disregarded by her OBGYN probably doesn’t help that narrative. In this, the boyfriend explains how the woman kept complaining and how he kept footing the bill for the medical check-ups.

Eventually, he got so upset by them that he decided to say enough is enough and that there will be no more like that. Redditors were, understandably, quite upset with him for his decision. He got her pregnant and he’s the one who’s not looking after her. The internet was understandably quite angry at him, and that’s why they put him through what they did. Read through their story and tell us what you think.

#1 Redditor finds the visits to the OBGYN with his girlfriend annoying. Is he in the right? 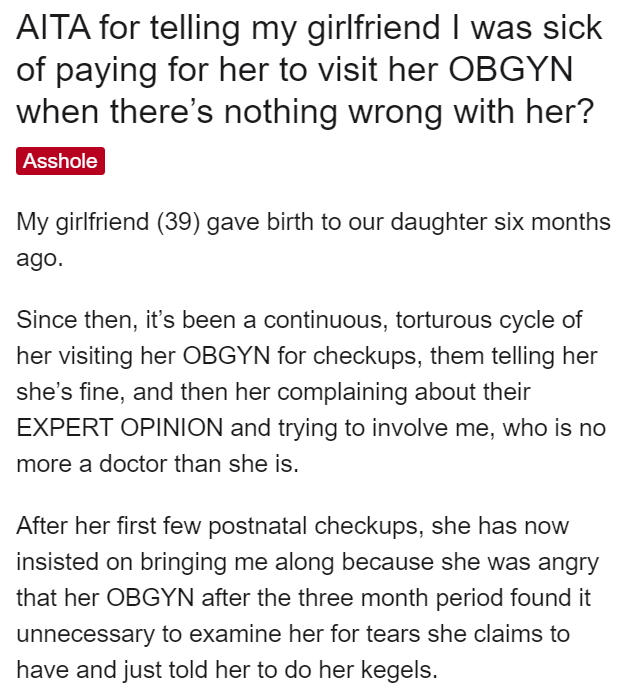 According to CommonWealthFund, here is the status of women’s healthcare:

U.S. women report the least positive experiences among the 11 countries studied. They have the greatest burden of chronic illness, highest rates of skipping needed health care because of cost, difficulty affording their health care, and are least satisfied with their care. 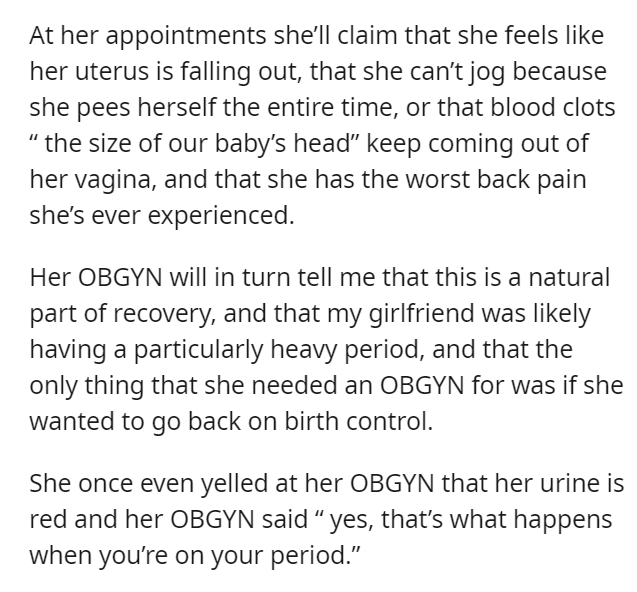 Advertisement
#3 She had to quit her job due to the pain. 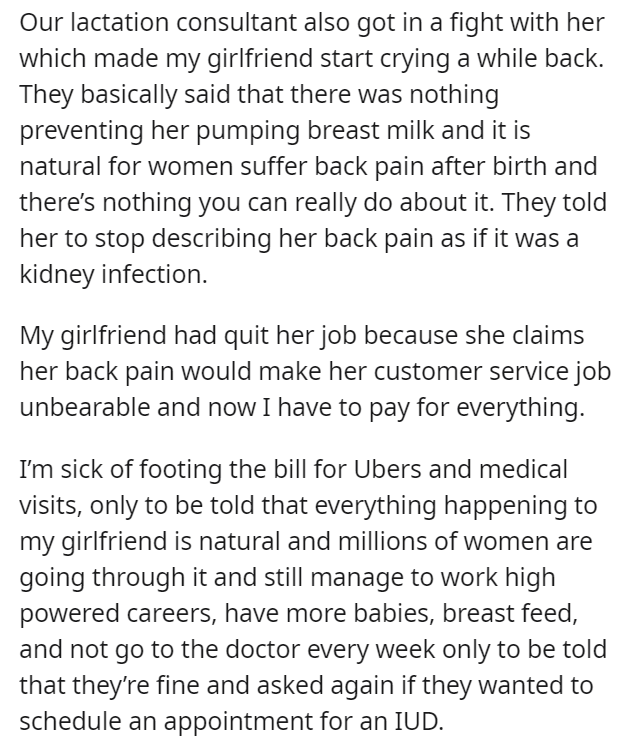 #4 Sounds serious. Maybe you should see a doctor? 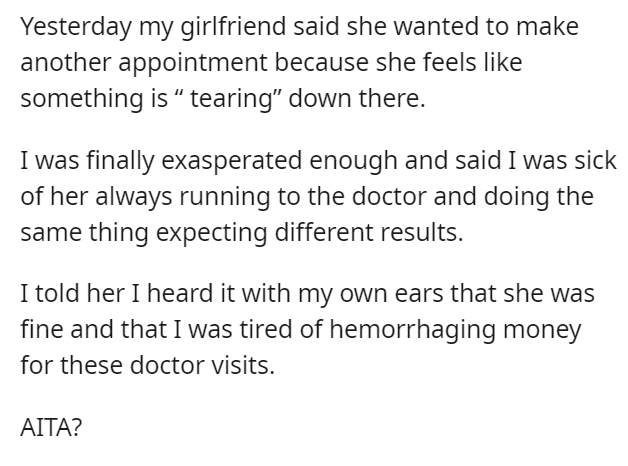 #5 Agreed on getting a second opinion. 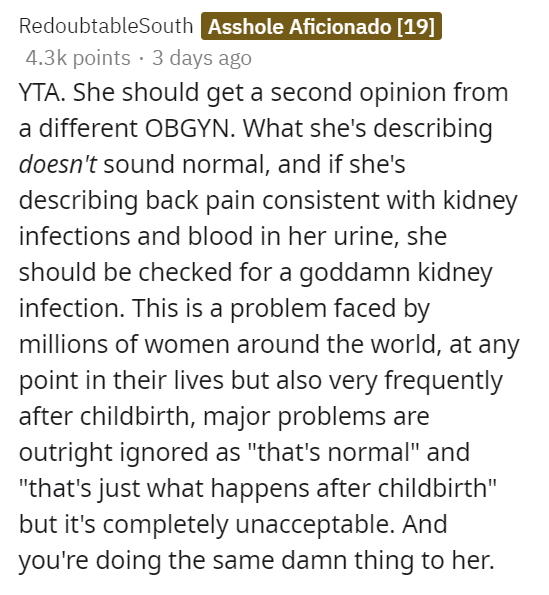 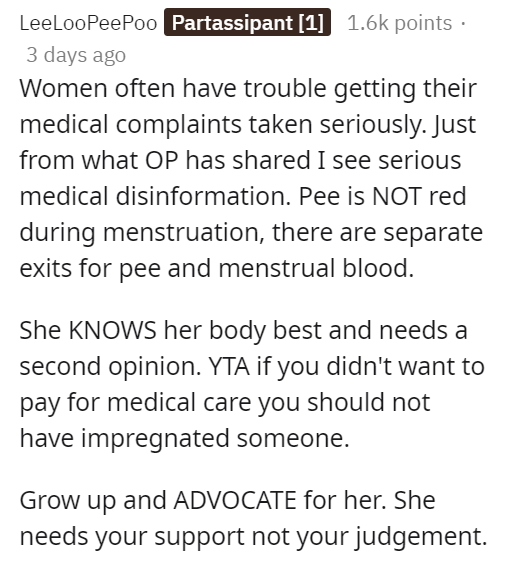 #7 They fail in their own area of expertise. 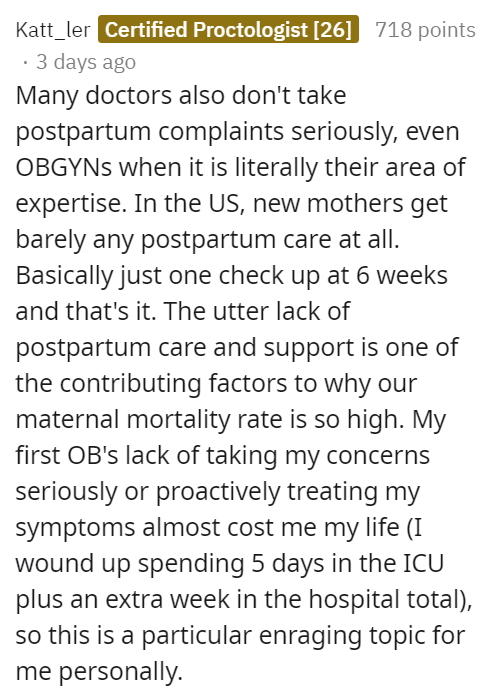 More than one-quarter of women in the U.S. and Switzerland report spending $2,000 or more out of pocket on medical costs for themselves or their family in the past year compared to 5 percent or fewer in most of the other study countries. 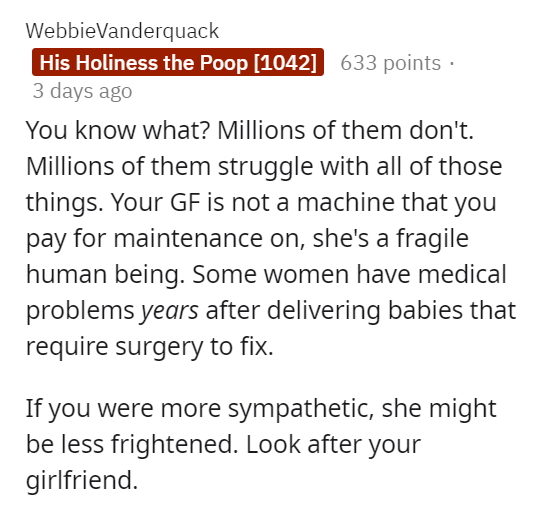 What do you think? Tell us down in the comments.