Hey! Do you remember 90’s entertainment? We can’t express how much we miss the 90s. For today’s youth, it’s like living in the digital stone age. 90’s era: full of antique technologies such as dial-up internet, cell phone bags attached to cars, and how we used to watch classic and vintage films on big televisions. However, for those of us who were born in this decade, it brings back a wave of nostalgia. It was a time of drastic transformation in movies, music, television, and other forms of entertainment.

Ever considered “who would have starred in these huge roles back then?”. It comes down to fandom art, which fills in the gaps that our imagination has been filling over the years. Mat, who happens to be a digital artist from Turkey and is known as houseofmat on Instagram, has done a great job re-creating (or re-imagining) our favorite Avengers characters and recreating the characters with the biggest movie and TV stars of the ’90s. This is the best crossover art we’ve seen so far. It’s beautiful, and we’re enjoying it immensely.

Check out this artist’s few re-imagined artwork. We know that you will fall in love with each of them. Enjoy!!

If the movie was made in the ’90s, the characters could be: Denzel Washington as Black Panther, David Duchovny as The Hulk, Alicia Silverstone as Scarlet Witch, and Ben Stiller as Ant-man. Who doesn’t like fandom art? What a thrill it is to see artwork based on our favorite works of fiction, or to see our favorite characters in new and exciting roles or contexts. Similarly, the concepts of an artist “Mat” are getting enormous appreciation and attention from the people.

During an Interview, Mat stated: I started “houseofmat” on Instagram in 2016 and my specific artworks such as “90’s Avengers” helped me to grow. This series gained a lot of attention and began to trend. Stan Lee’s official website even published my artwork. That was an unforgettable moment for me. @houseofmat now has 66.5k followers.

If these films had been filmed in the 1990s then Eddie Murphy as Falcon, Tom Cruise as Iron Man, and Brad Pitt as Thor Iron Man would have been perfect fits. No? Mat, who is now 31 years old, has been drawing for most of his life, but becoming a professional artist was never something he ever imagined.

According to Mat: “I studied Tourism and Hotel Management. I wanted to get back to the art side so I decided to study Graphic Design for a masters degree.”

During his graduation, Mat found his niche in the arts. He stated: “I usually work on superheroes, comics, games, cartoon characters as a concept illustrator. My purpose is creating undone artworks to leave a footprint to the art world.”

Take a peek at some of more movie’s characters.

Back in the 1990s: Dolph Lundgren as Vision, Leonardo DiCaprio as Captain America, Johnny Depp as Hawkeye, Cuba Gooding, Jr. as War Machine, and Sandra Bullock as Wasp. Mat says he was inspired by his childhood when he came up with this particular series. Since he was born in 1987, he has fond memories of the 1990s. What about his favorite hero?

Why Iron Man?: “Because he is a role model that [shows] a “human” can deal with other superheroes and villains. He’s got no superpowers. He has my complete respect.” More from our favorite superhero movies:

If these movies were made back in 1990s, then Michael J. Fox as Spider-Man, Sharon Stone as Pepper Potts, Brendan Fraser as Star Lord, and Keanu Reeves as Dr. Strange would be the best characters in these roles. Do you know what are Mat’s favorite tools? Photoshop, Illustrator, and tablet tools for drawing and editing are all in Mat’s creative toolbox. Although each component takes an average of four hours to create. But, in reality these timings may vary.

Mat informed: “It depends on the details. Some artworks need more attention and detail on it. The longest artwork took seven hours.”

Now, here are the characters from today’s version. But wait!! Will Mat’s entertaining artwork come to an end with the final Avengers movies? No way!! Because once Mat stated: “I hope they like my Avengers series. I have a lot of plans this year. I’m waiting a little bit for new artworks because I do not want to spoil anything about Endgame. I also have lots of ideas about the 90s. Thanks to all of my followers for their support.” Many strangers were impressed by his work. Let’s take a look at some of the responses:

Almost everyone agrees that the artwork by Mat is outstanding, but the casting has added a lot of variety. Well, there were few disagreements as well, but there was also a lot of laughter and joking going around. 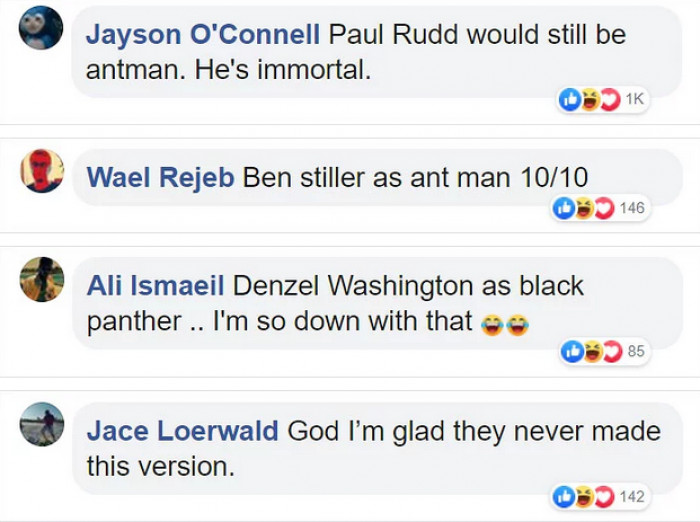 Brad Pitt and Keanu Reeves as Thor and Doctor Strange are two actors we’d happily cast in the Marvel Cinematic Universe, but these options for Thanos and Deadpool are spot-on! 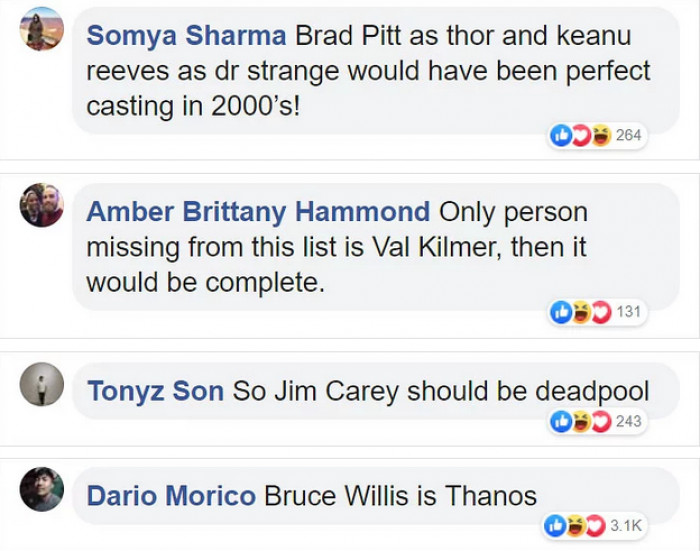 Everything Keanu Reeves is a part of will be a hit. 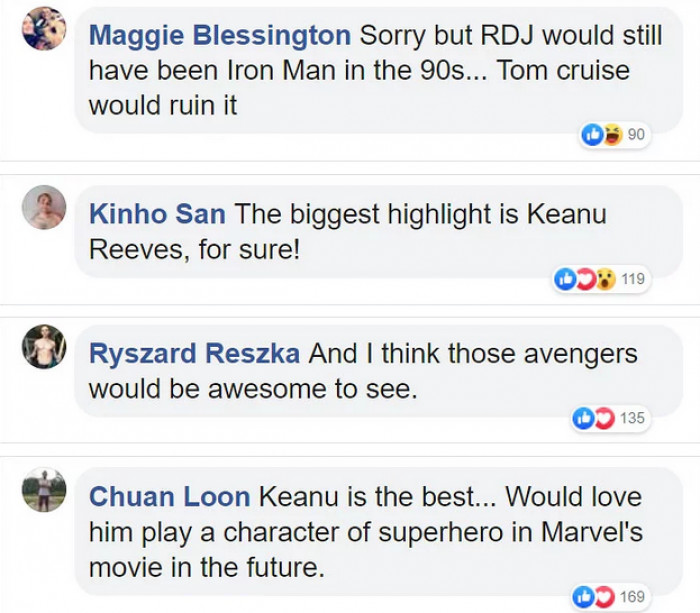 Here are a few more comments: 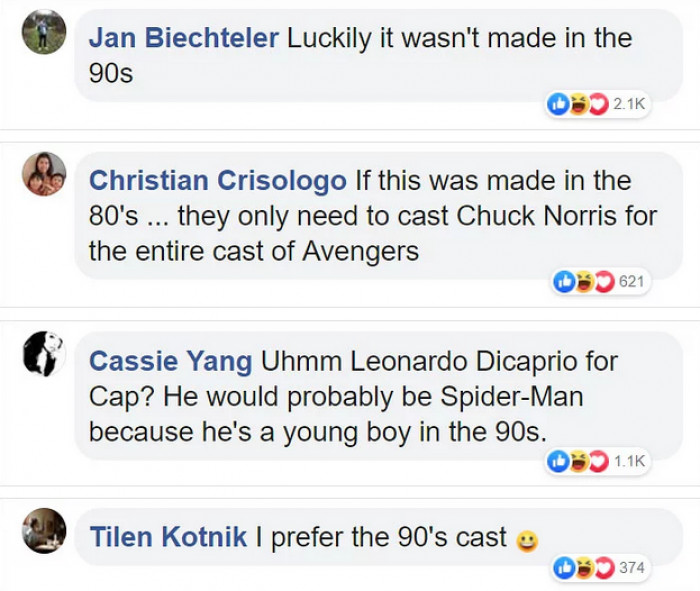 Entertainment in the 1990s was at a high point. No matter how cool, classic and vintage those movies were, they still lacked the marvel universe in superheroes movies in 1990s entertainment. Still, they were definitely memorable and bring nostalgia whenever we remember any scenes from our favorite movies.

What did you think of Mat’s work? Love it? If yes, which was your favorite character transformation? Let us know in the comment section below. We’d love to hear your thoughts on this.