Sometimes it is better to way away.

When we love a person, we try our hardest to make the relationship work even when it directly hurts us. After all, we only want to fix that person. However, a relationship is not for fixing people, that is what therapy is for. You don’t owe anything to anyone when it comes to this sort of thing. It is fine to say my significant other makes me a better person but not that you will be horrible without them.

I am well aware movies and such put this in our head and glorify toxic relationships but that is why it is nice to see people breaking out of the toxicity in their own time. And this woman did not only that but also got a bit of sweet revenge that was well deserved on the boyfriend’s part. You can read the whole story by scrolling below and taking a look.

This is why you should be clear when you speak. 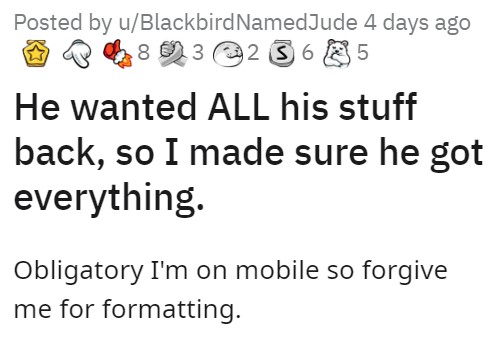 Many of us have been in these sorts of relationships and it is hard to walk away from these people. 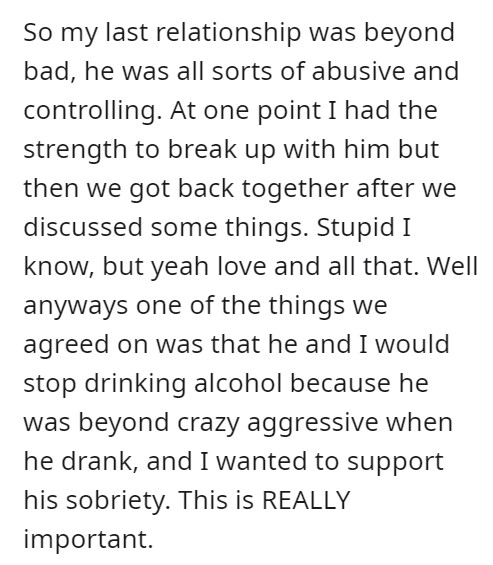 But one day she had enough and finally kicked him out on the curb but he wasn’t just going to be nice about it. 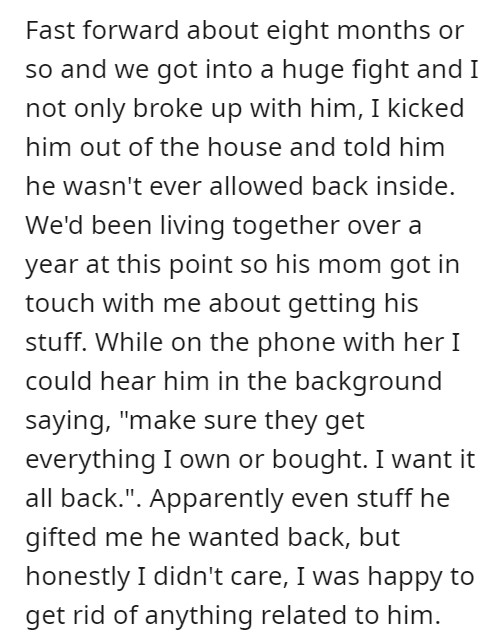 I had an ex like this. She paid for one thing for me which was my car insurance back when we first started dating which I asked her not to and to make it up to her I took her on a weekend trip to traverse city Michigan.

We break up and she asked for the money back that she spent on the car insurance so I said well if you’re going to ask for that I’m going to need all the jewelry and clothes I bought you back and you’ll need to refund me the money I spent taking you out to dinner and shows and concerts (she never paid) she got really angry calling me all sorts of names I just laughed and to piss her off more I told her she has until next Friday to pay me before I hung up. –RC_COW

So she decided to listen to him and give him everything back even things he clearly did not want. 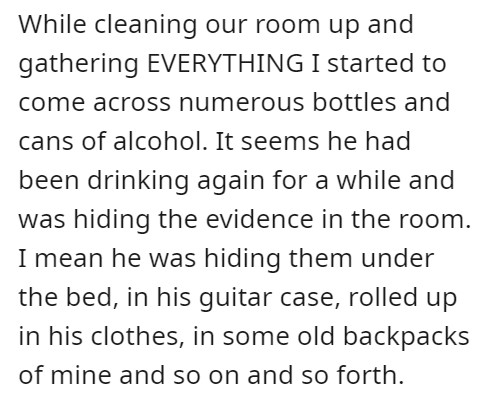 Technically she was just listening to what he had said right? 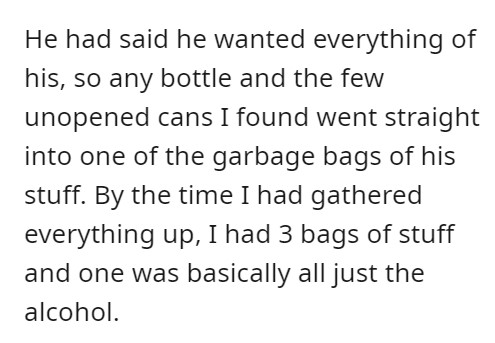 The most hilarious thing is he called her petty and immature. 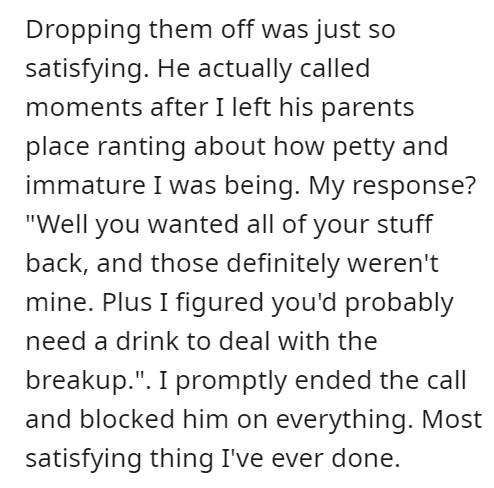 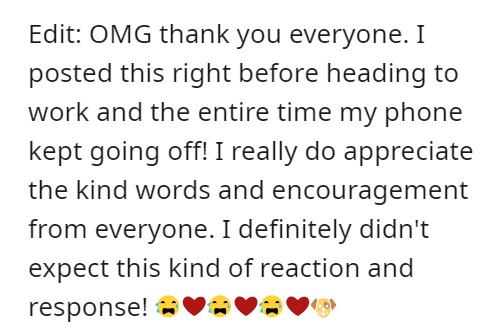 There was no point in making him angrier about dumb things. 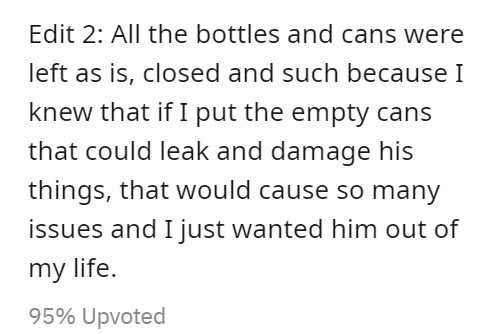 And being a good listener is an awesome skill. 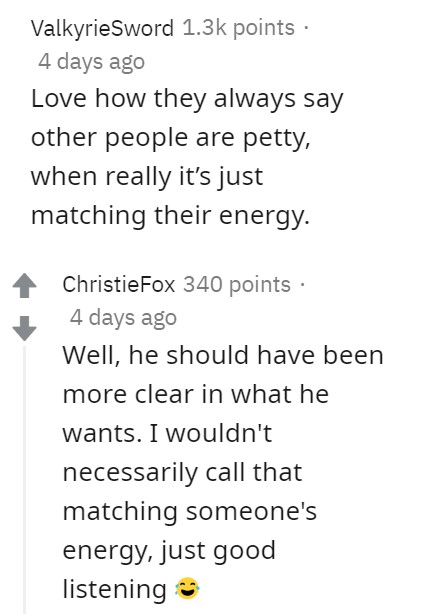 Of course, we were going to get some puns. Why wouldn’t we? 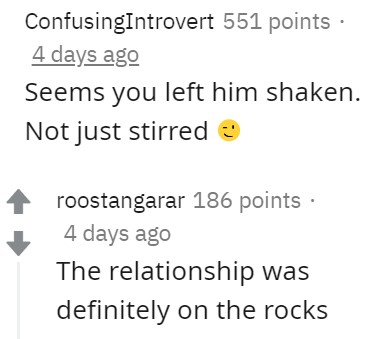 Gifts are legally the property of the person who receives them and this is some bull. 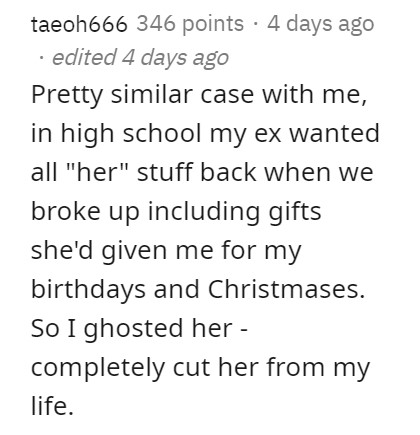 Guess this girl got what she deserved. 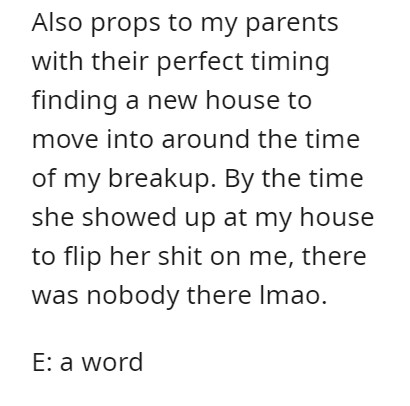 A gift is a gift. It means it no longer belongs to the old owner and is now the property of the new owner.

She has no right to claim those gifts back. And if she would take them back by force, that should be considered theft. –willemvannus

Have you ever been in a similar situation? Let us know your experience in the comments below and don’t forget to share this with your friends.