A majority of couples would often have a different set of interests and perceptions but in order to make things work, your core values have to match with your significant other. For example, you could be one of those who believe in conspiracy theories regarding the vaccines and would not want to get vaccinated meanwhile your partner, is completely against your opinion. Similarly, it goes for the LGBTQ+ community as well. You might be the one who doesn’t support it while your partner does. And that’s where a conflict arises.

Such conflicts can be a defining moment in your relationship. This is where you find out whether things between you are going to work or not. We came across a similar story on Reddit’s AITA thread where the couple broke up as the guy was raised by two moms and the girl didn’t feel that it’s appropriate for her parents to find that out because they would feel uncomfortable about it. That’s when the guy decided things cannot work out. Let’s go ahead and read the story!

Before we begin, this teenager prioritized his family above everything and we think that’s beautiful!

The OP (original poster) is a 17-year-old teenager who’s known as ThrowRAhelplost on Reddit. This guy was raised by two moms and he has been dating his girlfriend for about 7 months. He found her during his time in lockdown and since they were dating for quite some time, the girl’s parents decided to meet the guy’s parents. The OP didn’t have any issues with it obviously but he didn’t know that his GF’s parents are the traditional type and would be uncomfortable in meeting his two moms.

2. Sadly the OP didn’t know what was coming next.

3. This is where things started to go downwards. 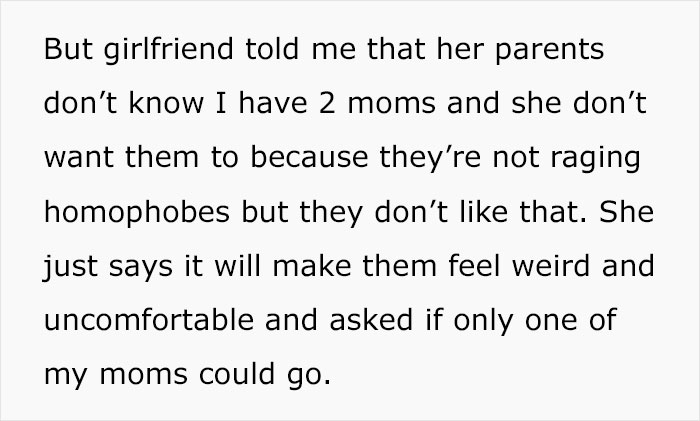 4. The OP didn’t feel that it’s necessary to lie about his moms. And why should he? 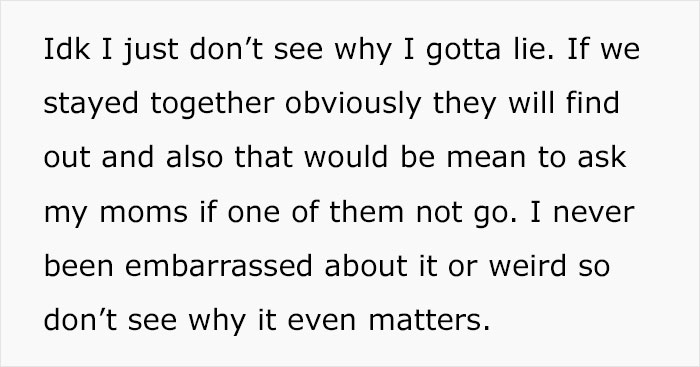 5. Sorry to say but your girlfriend and your friends are being extremely inconsiderate. 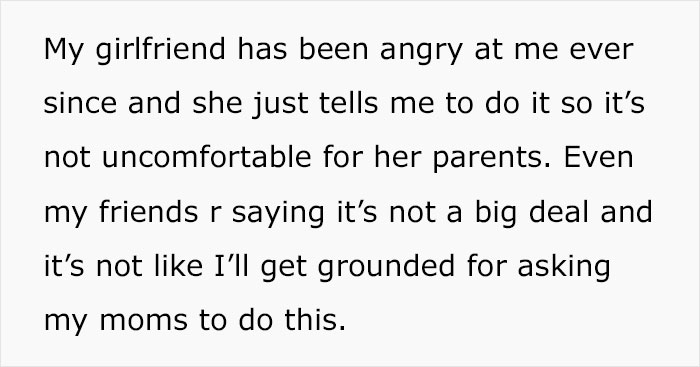 6. It’s sad to see the type of circle this guy has including his gf. 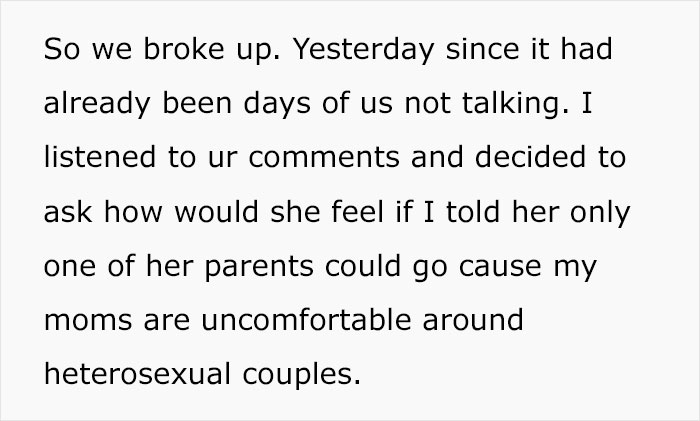 9. She definitely knew she was wrong but did she accept it? Nope.

10. She was being inconsiderate about OP’s feelings.

12. Exactly! You shouldn’t ever be with someone who’s so inconsiderate and would prioritize their own feelings.

14. The OP thought that its best not to tell his moms about it as they would be hurt after knowing the reason. 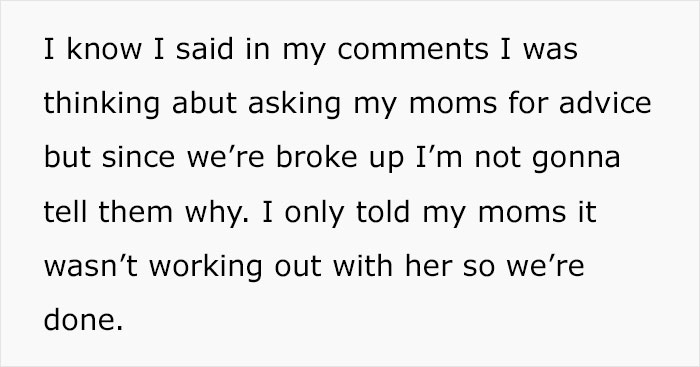 16. We feel sorry for the OP but at the same time, we feel happy for him too!

It was just not meant to be and frankly, the girl didn’t deserve such a beautiful human being. It was ridiculous how she just thought about her parents and not about the OP’s moms. Anyways, people came in full support of the OP and appreciated his decision! Let’s take a look at some of the comments below. 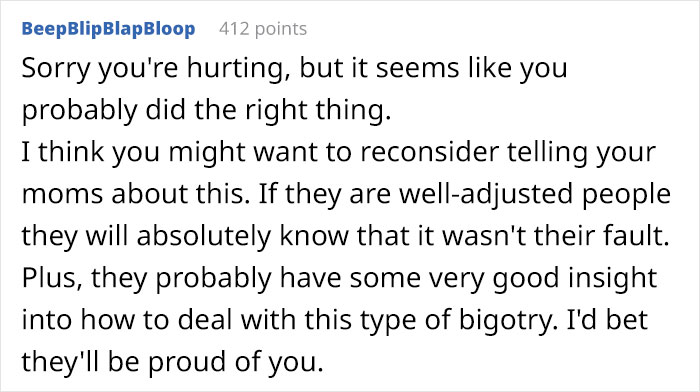 So, now it’s pretty evident that one must have the same set of core values in order to make things work. What do you think? Let us know your thoughts and opinions in regards to this, down in the comments section.