Being someone’s boss may give you greater clout in the workplace, but it does not make you a better person. People in every industry appear to have a difficult time grasping the concept. If you are sitting at an upper position in a hierarchy, you should be humble towards those who are beneath you because that’s what makes you a good worker. But unfortunately, most of the people, being bosses and managers occur to be a pain in the ass to the workers.

This is another story about someone with bigger shoes thinking they can be a jerk to someone lower on the corporate ladder. Instead of the higher-ups being dismissed or inconvenienced, something positive came out of it. This story may have gone a lot differently if it hadn’t been for this receptionist’s quick thinking. Perhaps this serves as a reminder that the purpose of having a workplace is for everyone to work together as a team to help one another accomplish a better job. Maybe. Work should be a place where individuals can accomplish their jobs, not a place where your boss can bully you to feel strong. Well, the following story shows that you should not be a headache to your workers, and if you realize it soon, you should make it up as did the boss in the following story. Scroll down to see what happened to OP after she was yelled at by her boss.

1. So, here’s how the story starts; the solicitor boss embarrassed the worker (receptionist) thrice. 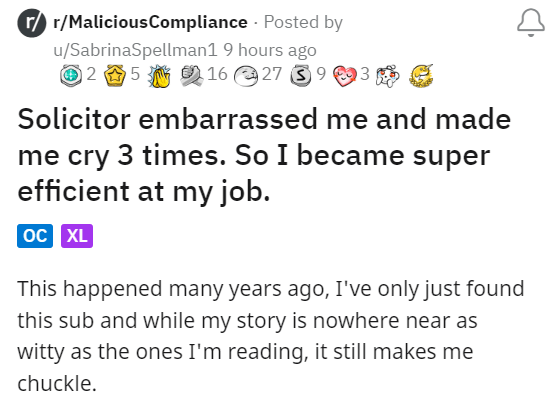 2. OP worked at a solicitor’s office with 4 members where Anna joined a solicitor who worked for abused clients; most of them were women. 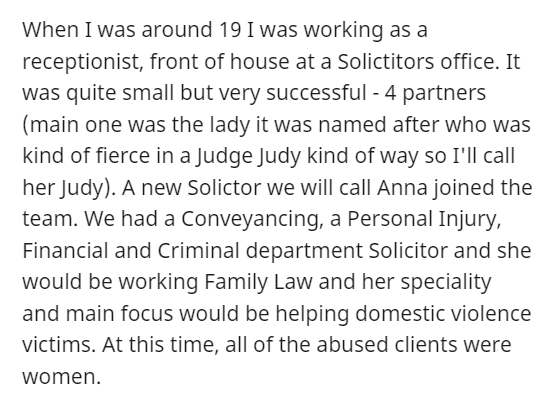 3. Anna was great at her job and she handled everything efficiently 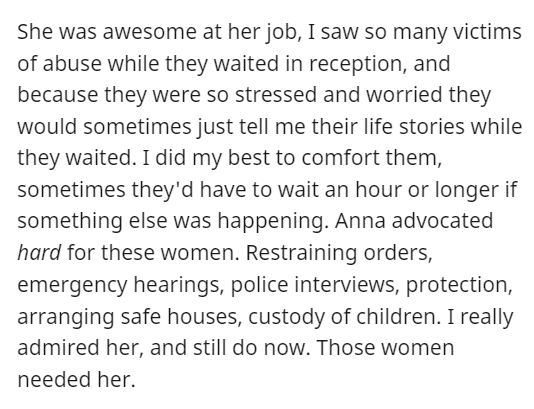 4. Some time later, due to loads of work, she became bitter.. 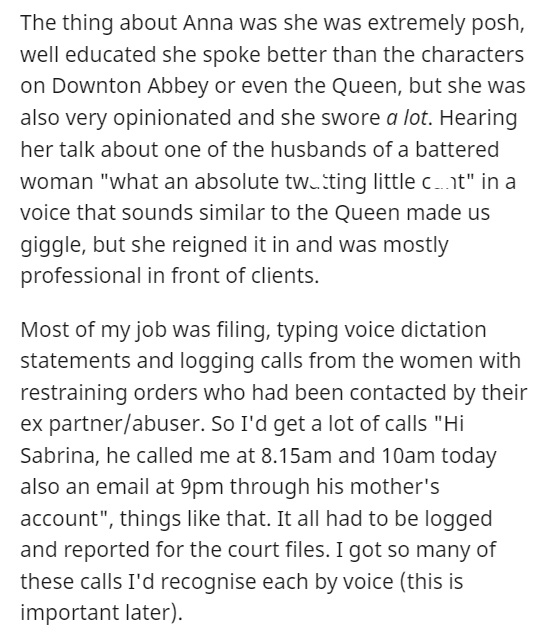 5. Her arrogance and rudeness started to show off more as she became more immersed in work, OP could notice her changed behavior 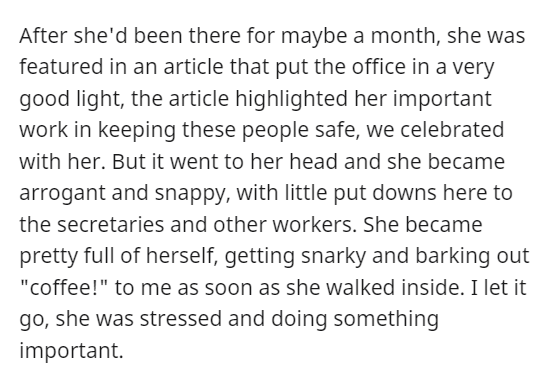 6. An important paper came and OP hurriedly went to Anna’s office to give it to her while she was in a meeting 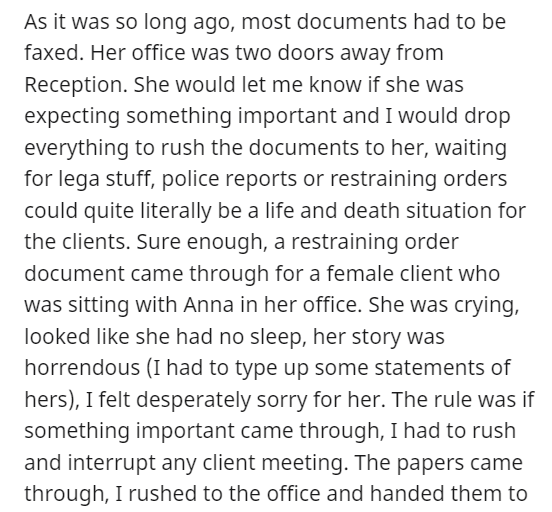 7. Anna started scereechig on OP about why did she delivered the document an hour later 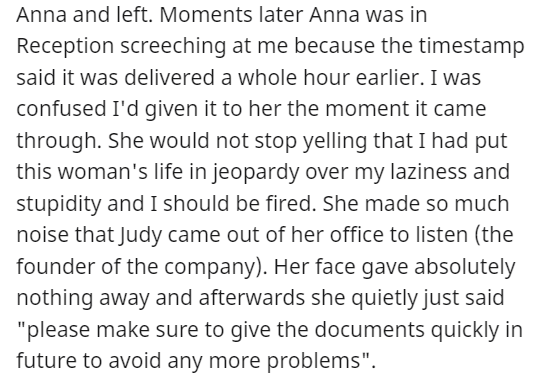 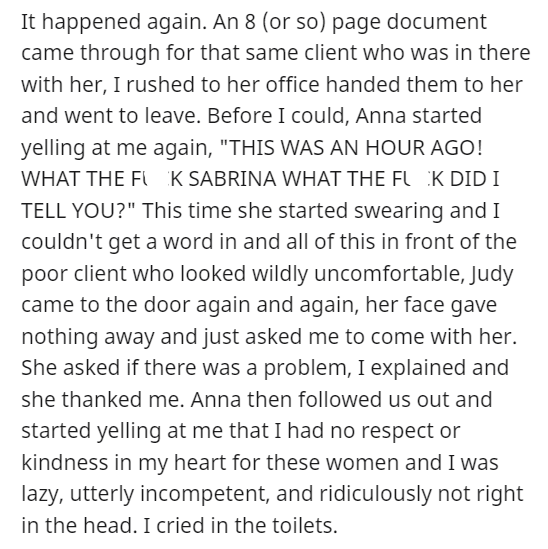 9. Another day when OP handed Anna a file, she taunted OP n front of client and bosses which was embarrassing but OP did not remain silent this time 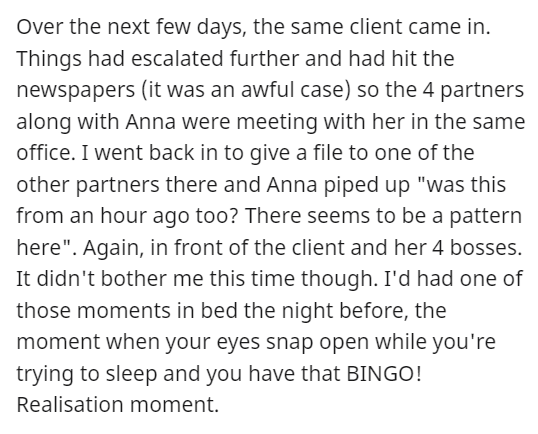 10. OP replied what she was supposed to before. However, she fell off while leaving which made the scene less triumphic 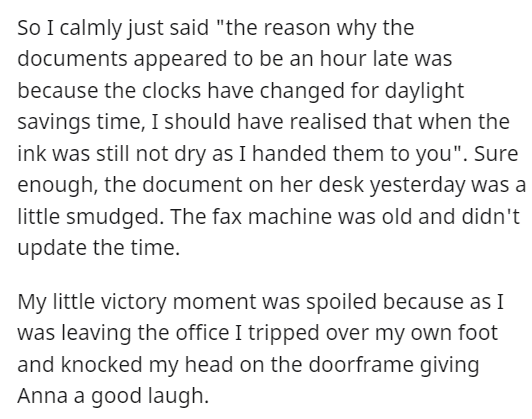 11. Anna had to apologise to OP and later the receptionist flooded her with all important things on time 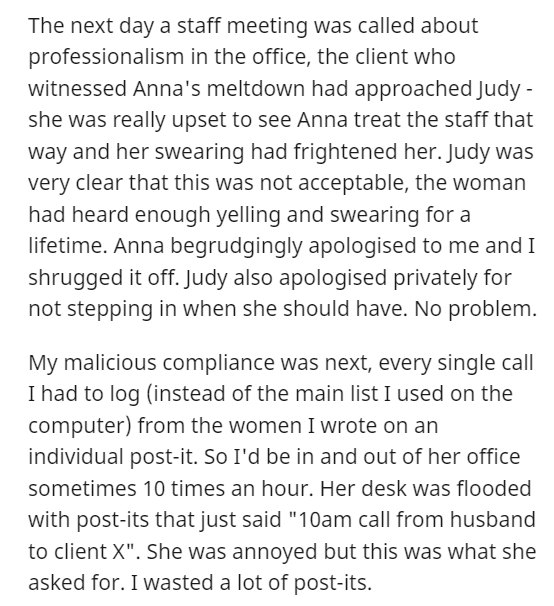 12. OP helped getting an abuser arrested 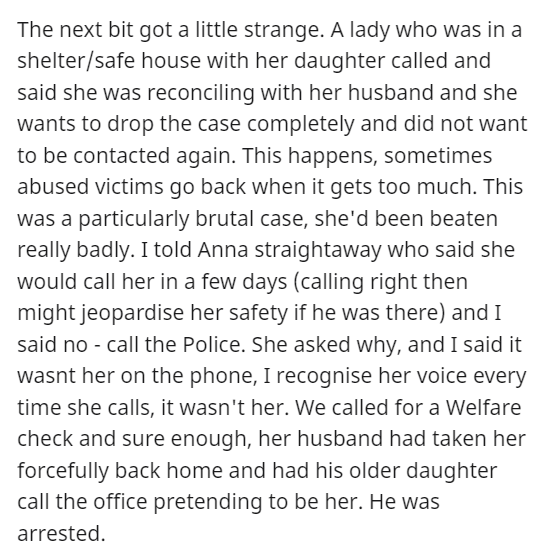 13. Anna had to thankyou OP with a bottle of wine and thank you card, things settled down. 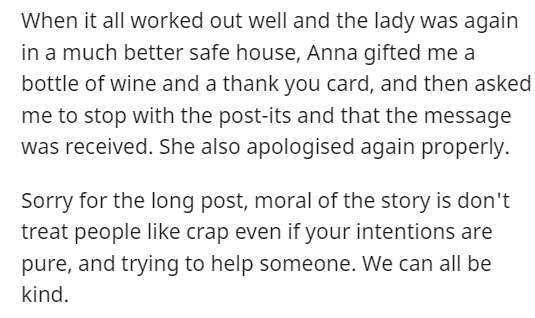 Via SabrinaSpellman1
This story teaches us the lesson that we should always be kind to our workers if our intentions are good. What are your thoughts on this one? Share your feedback and keep visiting for more content.
Advertisement
You already voted!