That is just something that happens to everyone. I myself have waited for 10 minutes for someone to stop looking at the aisle and turn to me but then I realize they don’t work there. Mind you, this only happens when they’re wearing something similar to the uniform and a normal person usually apologizes for the mistake before moving on. No sane person would just go and break someone’s earbuds or go out of their way to act violently towards an employee.

But that is exactly what Karens seem to be great at doing. Not only are they entitled enough to think that they deserve all the attention but they also think that they can treat employees horribly. I have read thousands of stories like this before but it still surprises me when I have to read a story like this again. It is as if they are from another planet and don’t know how to act like human beings.

You will see what I am talking about once you scroll below to take a look for yourself.

This is going to be a wild story so get ready for the ride. 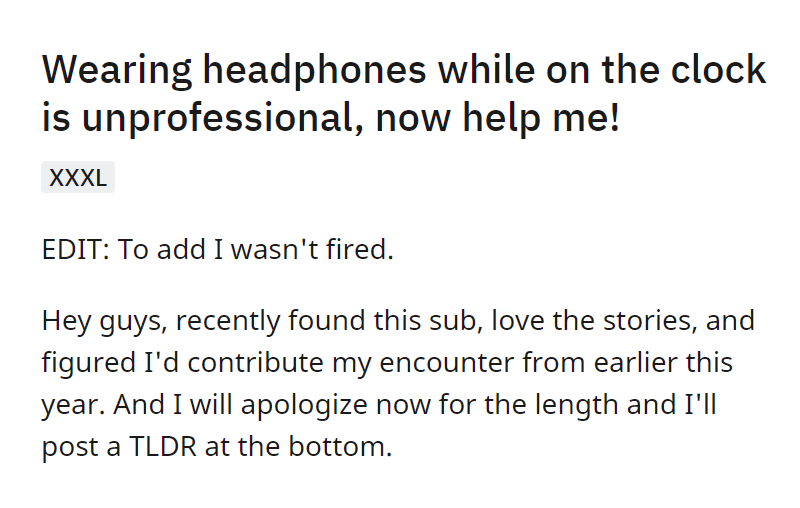 We get a little bit of information as to how they came to be in the supermarket in a uniform. 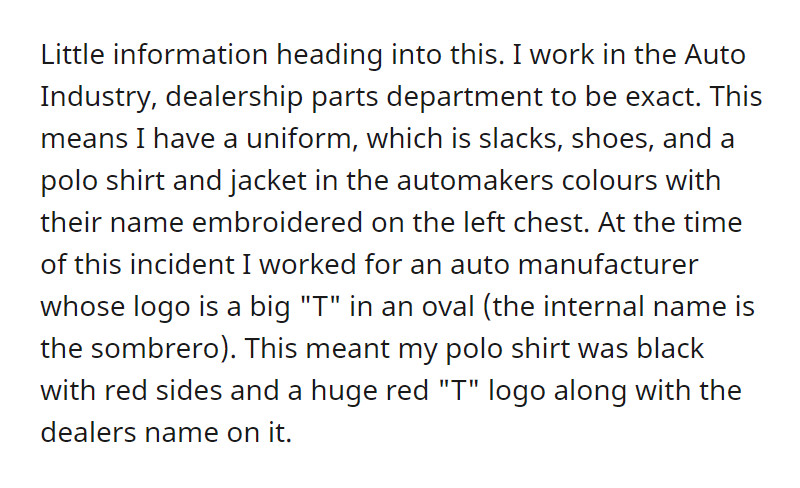 It seemed like a normal day and most people do have their headphones in when out alone. 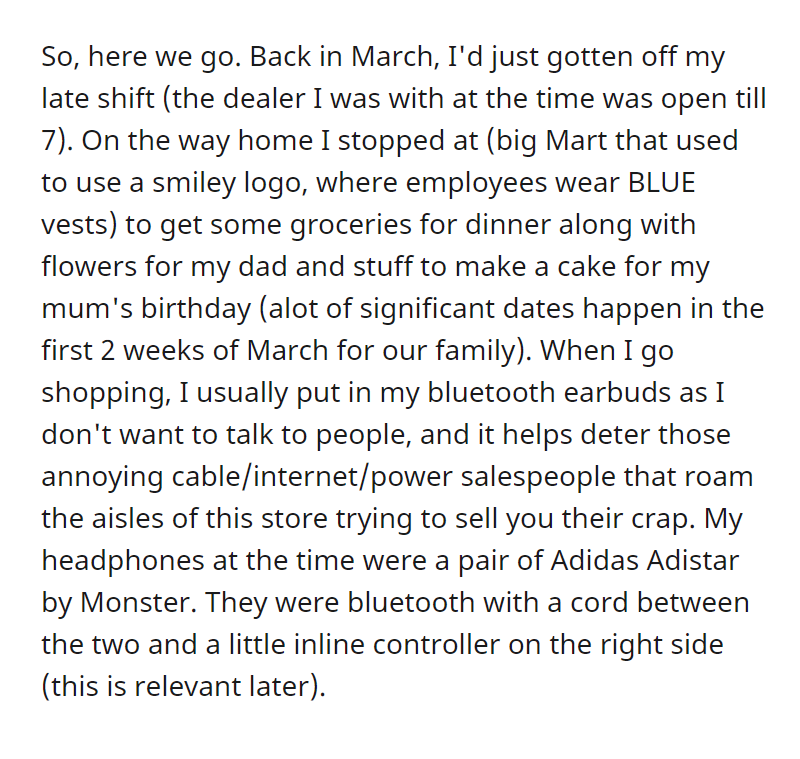 But things quickly took a turn into weird when this rude woman appeared and snatched away the earbuds. 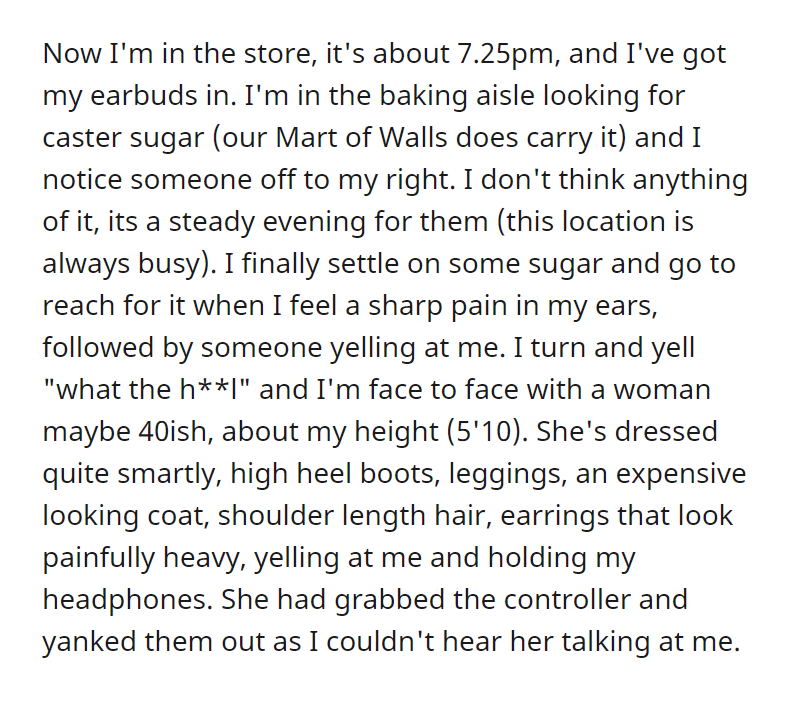 Anyone would be angry when spoken to like this so this person called her a moron. 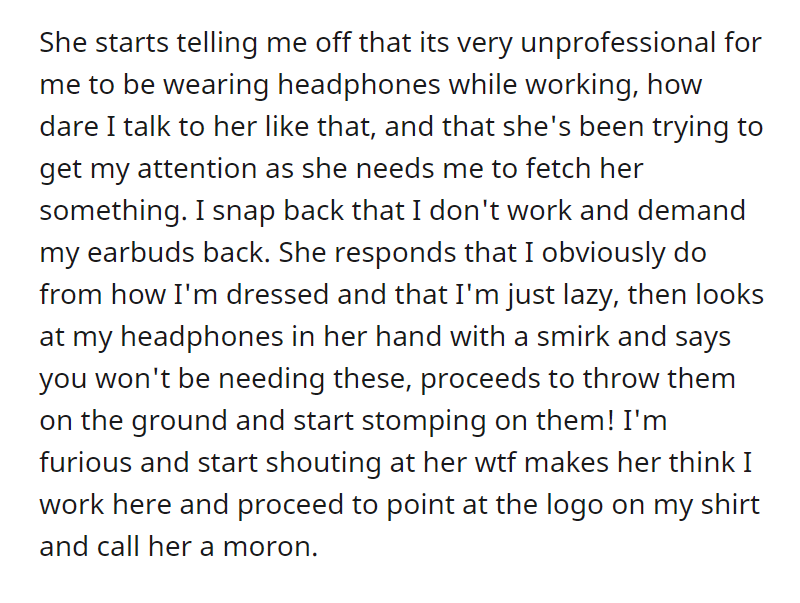 Did she really think this was going to go well even if they were an employee?

She clearly didn’t like this and proceeded to break their earbuds which is just abhorrent. 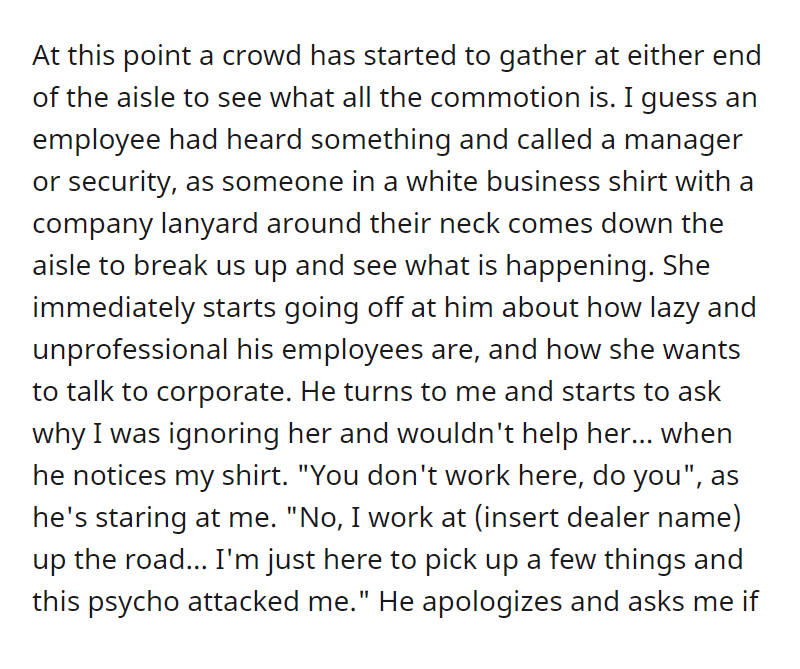 The police were quickly called and they obviously took the side of the poster. 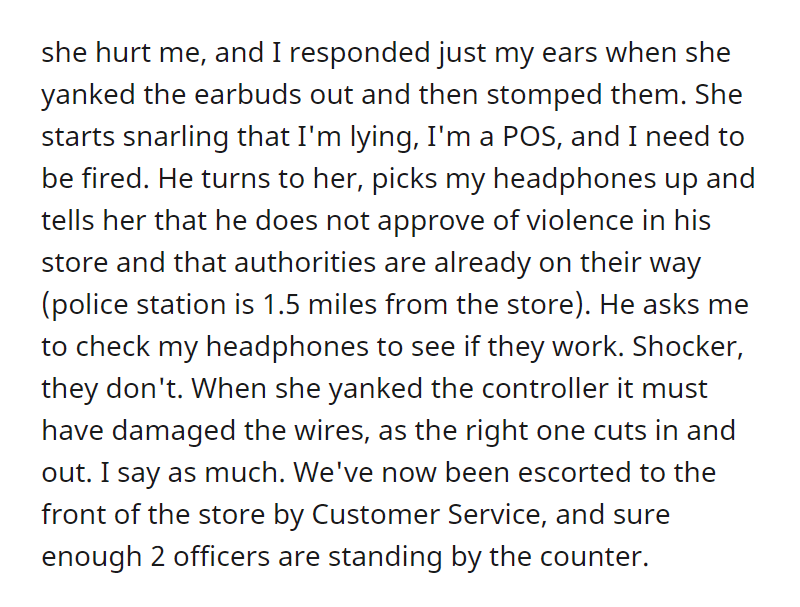 So unsurprisingly, they decide to press charges which is a great idea. 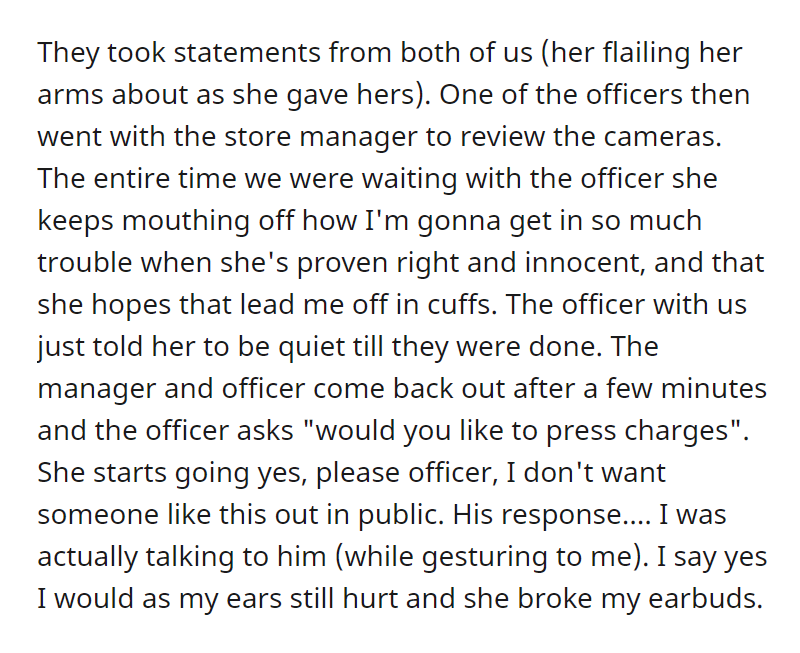 She continued to act like the victim in this situation but nobody believed her.

At the end of the day, she got what she deserved and had to pay for the damages. 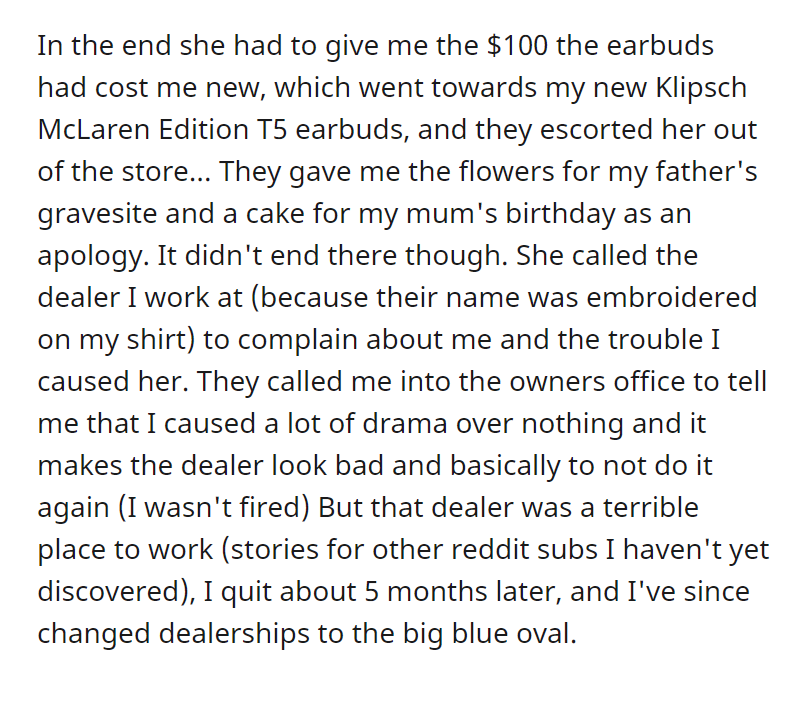 They also found another job which was a happy ending in all regards.

I am glad that the woman got what she deserved but it does surprise me that the posters company did not have their back. I get that you need to have a certain decorum when you’re wearing a company’s uniform but this is absurd. It was clearly the woman’s fault and if they didn’t press charges, how were they supposed to get reimbursed for their earbuds? Not only that but she had hurt them. However, I am happy to hear that they found a new job in a better place.

This might have caused more trouble than it is worth. 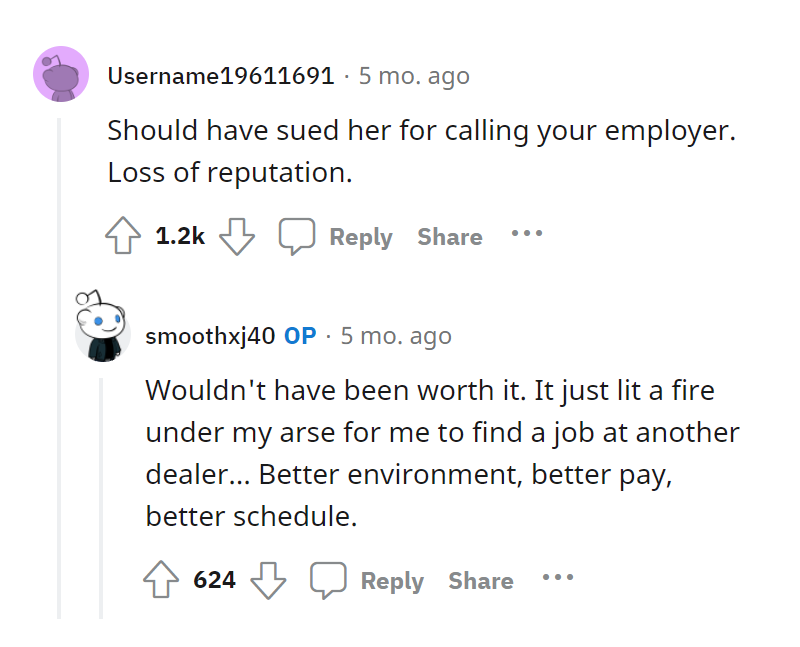 What are your thoughts on this story? Do you think the woman deserved what she got? And what would you have done if you were in the place of the person who wrote this story? let us know in the comments below.