Relationships shouldn’t hinge on how rich a person is.

And yet for many they do. Many want a stable partner that will buy them whatever they want and can care less about everything else. However, not everyone is like that. So while I can understand feeling paranoid if a person in the past was in a relationship with you just because of your money, it doesn’t mean you can treat all your future relationships the same.

However, the following guy thinks he is perfectly in the right for testing his girlfriend and not letting her have any repreive from his insults. You can read the whole story by scrolling below and taking a look for yourself.

The title is actually very misleading. You’ll understand in a while. 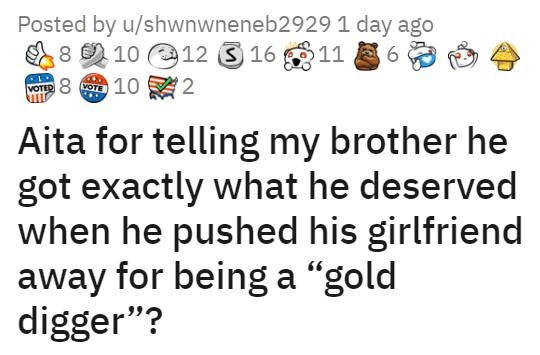 While I am not aware of the whole story, she doesn’t sound as bad as he makes her out to be. 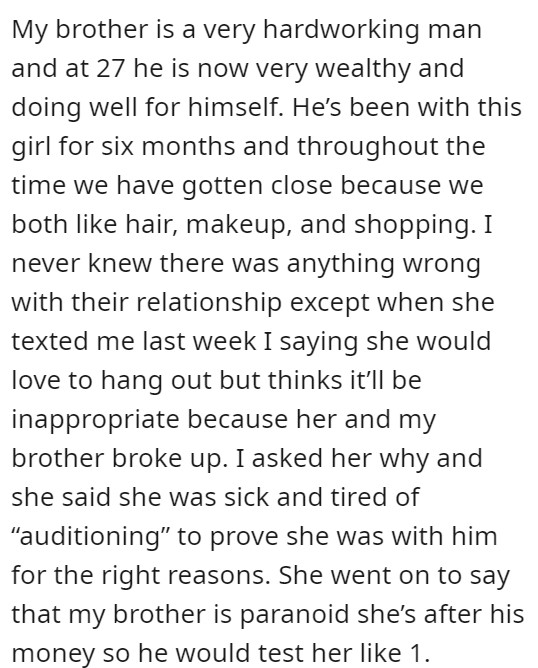 I mean none of these sound as bad as he thinks they do. 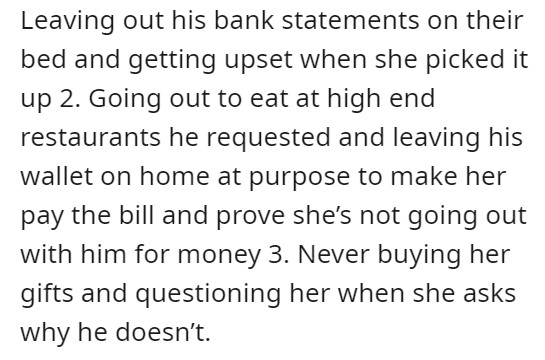 I mean who wouldn’t be upset about paying $500 for dinner unless they are stupid rich. 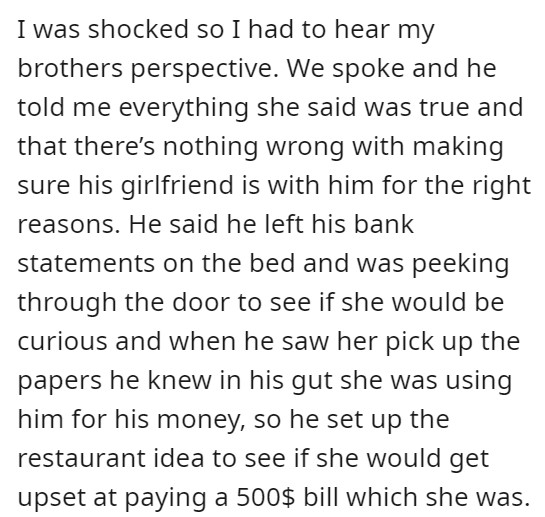 Honestly, It’s never about the money when it comes to gifts, it’s just a way to show you love them. 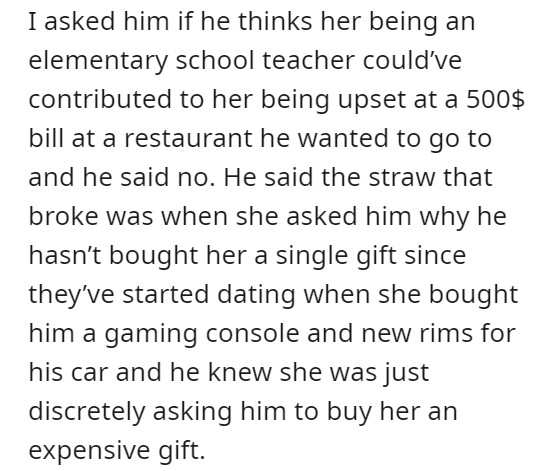 Gold diggers are usually very easy to spot. I don’t understand why he is so paranoid. 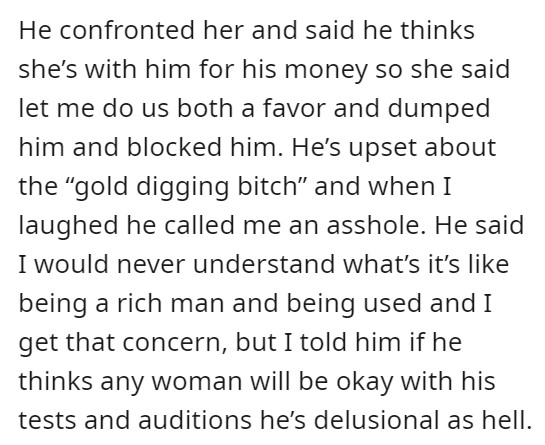 If he doesn’t trust anyone, it’s better to be single than ruin someone’s life. 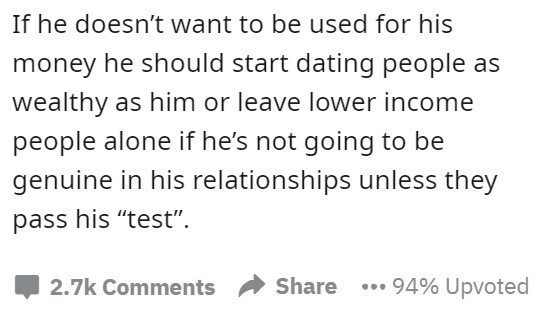 Here’s an idea….If he’s worried about her being with him for money, he could live a more modest lifestyle. Find someone, and then reveal his wealth. It sounds like your brother is an entitled, arrogant prick. Almost sounds like he’s trying to flaunt his wealth and hold it over her head. Leaving bank statements out?

Why did she buy him a gaming console if he has so much money? He’s a big boy who can buy his own toys with his wealth. You’re NTA and you’re a good friend. Keep hanging out with your brother’s ex. Just because he’ an AH doesn’t mean you should lose a friend. –ChaosComet

Which world is your brother living in? How is it impossible for him to find a woman as rich as him? I am pretty sure he isn’t Bill Gates. 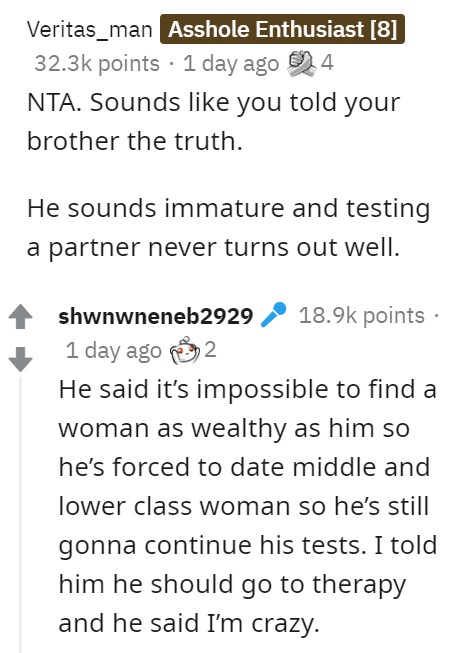 I hope she finds a person worthy of her. 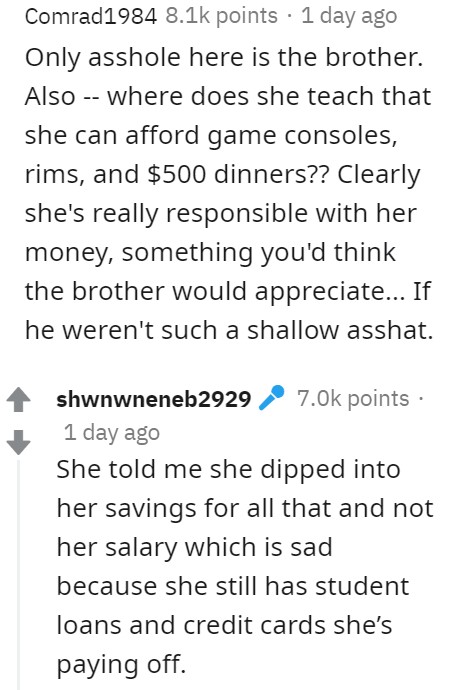 He is showing the usual red flags of a gold digger. 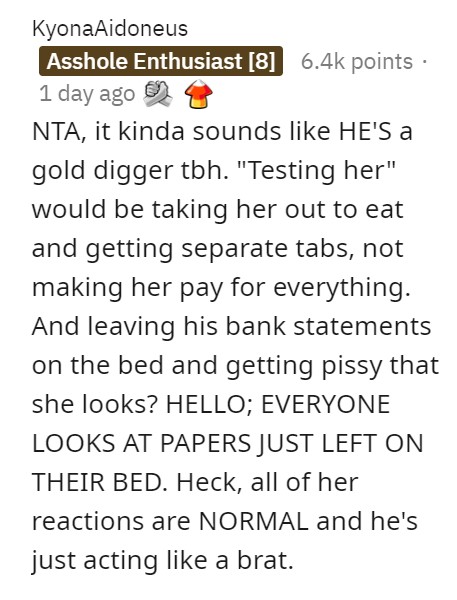 Makes logical sense to me. 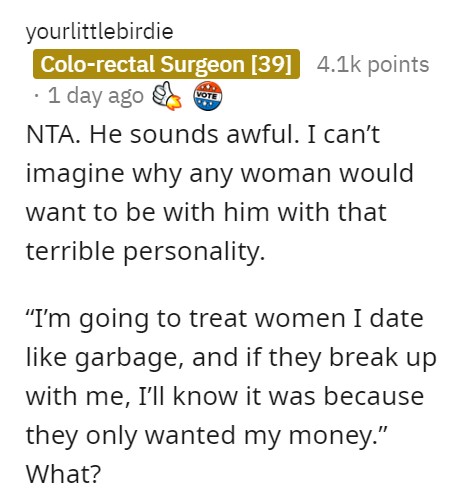 Possible those tests were about something else. That would explain why he is so annoyed after she broke up with him. He may have been letting her know what a luxurious and secure life he could provide as long as she knew which side her bread would be buttered on; a power play. Kind of a “see what you can have and what you can lose if you don’t behave as I want you too.”

Rich marrying not-so-rich can be deliberate; a way for the rich to hold all the cards. My take is that she wasn’t a gold digger and he knew it. He needed her to want him more than he wanted her so her being genuine was risky for him. It meant he had to live her and treat her well to keep her.

It will be interesting to see who his next girlfriend is and who he marries. Wouldn’t be at all surprised if he ends up with an actual gold digger who knows the game. –2ndcupofcoffee

If you think someone isn’t going to check a stack of papers, you are crazy. 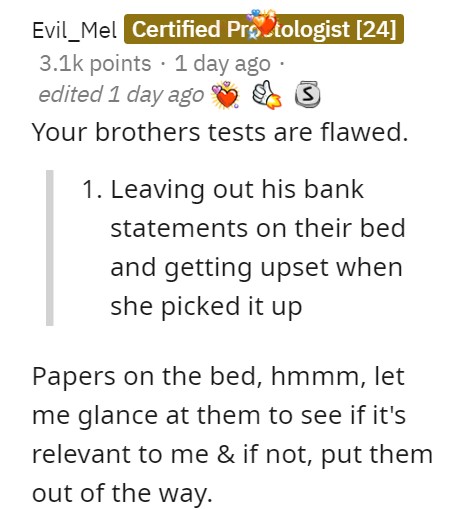 He should have told her upfront if he wanted her to pay that much. 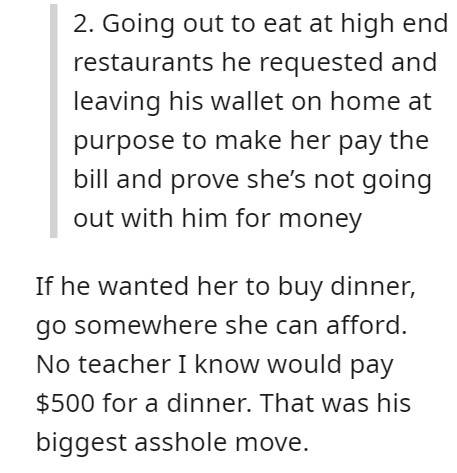 And it doesn’t even sound like she wants him to buy expensive gifts. 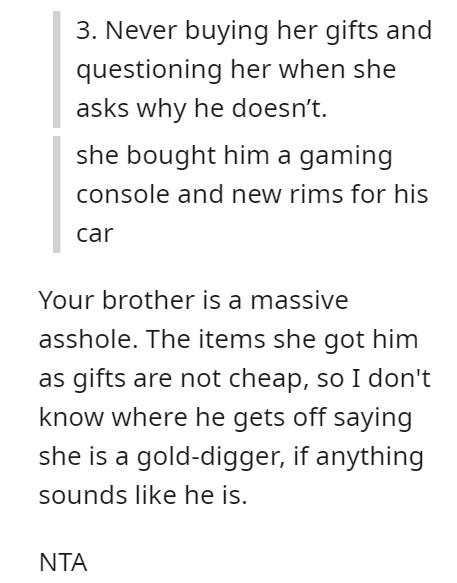 Exactly! Anything over $50 for food will devastate me and my wallet. 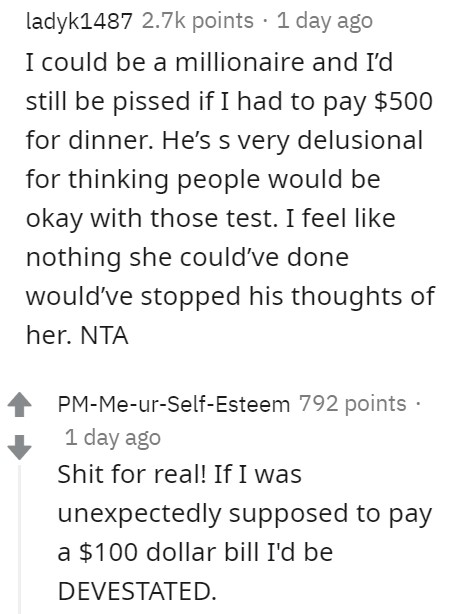 There is a way to see if someone is with you for money and this isn’t it. 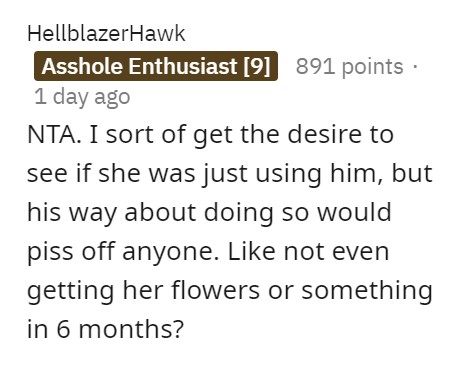 Sorry to say but your brother sounds like an a**hole. 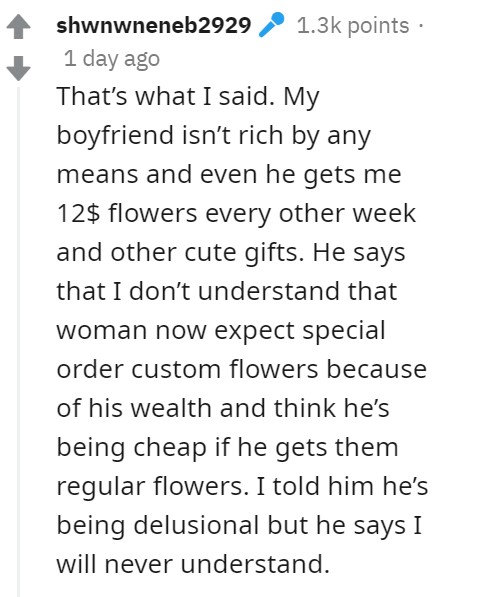 What do you think about these tests and such? Comment down below and let us know. Don’t forget to share so others can join in the discussion as well.