Disagreements over seemingly trivial matters, such as food, can reveal a lot about your partner, including what they value, how they treat your boundaries, and how much they respect you. These things can tell a lot about people.  After sharing the drama that occurred with his then-girlfriend, Redditor u/post Hangry manstarved’s post went viral on the AITA subreddit . What began as a cheerful story about food boundaries evolved into something much greater depth, leaving the Redditor questioning the very foundations of the romantic relationship. Because the disagreement was about more than just food.

The man described how his girlfriend repeatedly ignored the food-related boundaries he had clearly expressed to her, leading him to ask her to leave. That’s how bad things got. However, the OP was still unsure whether his reaction was correct, so he asked for feedback from the Reddit community, hoping for some objective advice to help him think things through.

Scroll down below to know the entire story and you guys know the drill, after reading the post you have to let us know your views about it.

1. One man described how his girlfriend continued to eat his food despite his repeated requests. An incident involving a cake he’d baked sparked a heated debate. 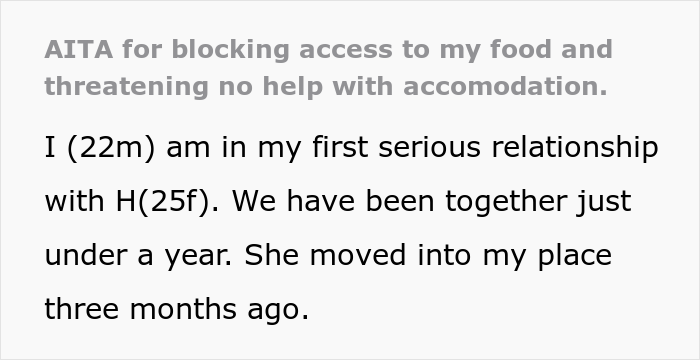 2. Nobody is perfect but this is strange 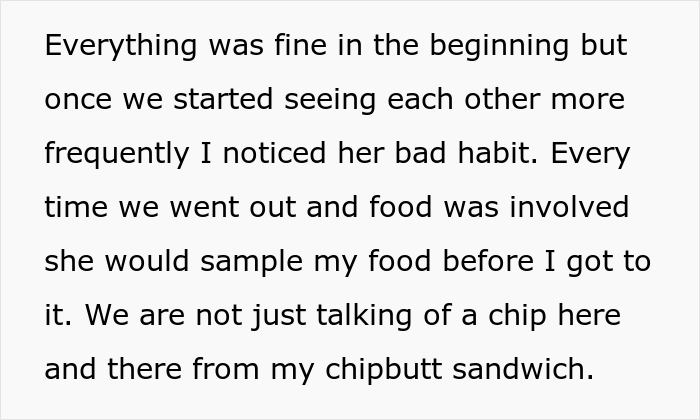 4. It would have worked wonders 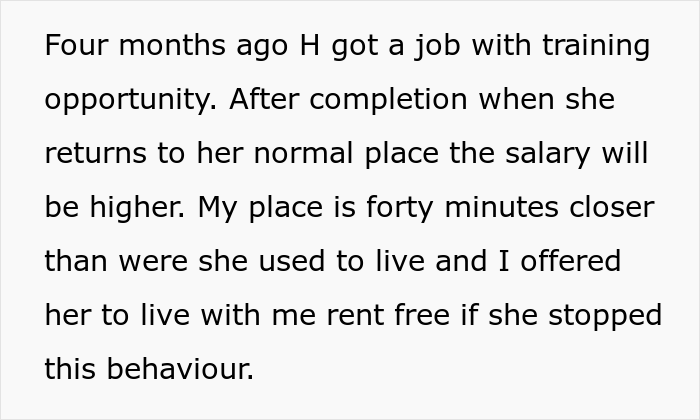 5. In their last moment people show who they really are

6. Baking is a nice hobby 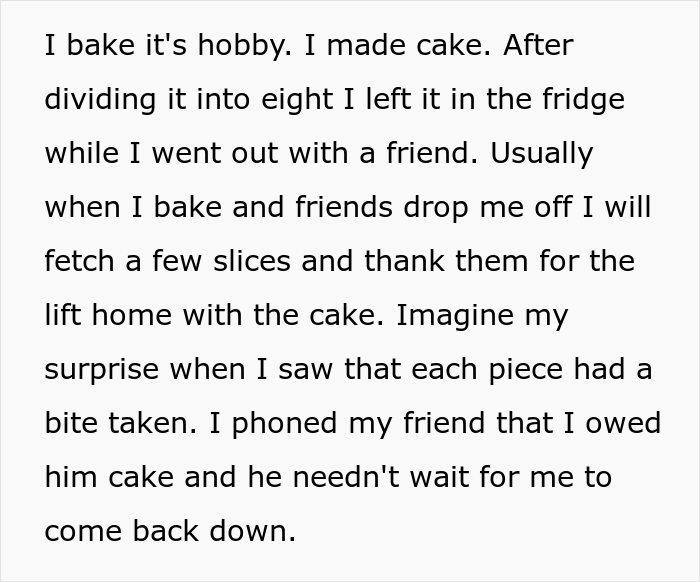 7. Things are going on the wrong side now 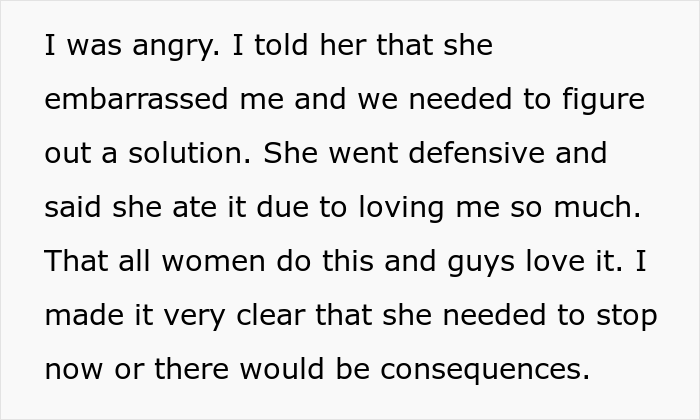 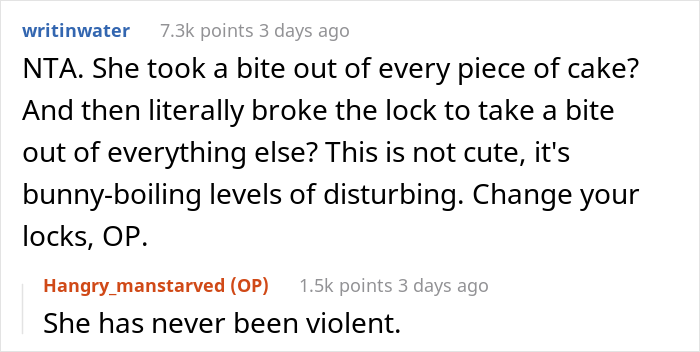 11. You guys need to figure it out ASAP 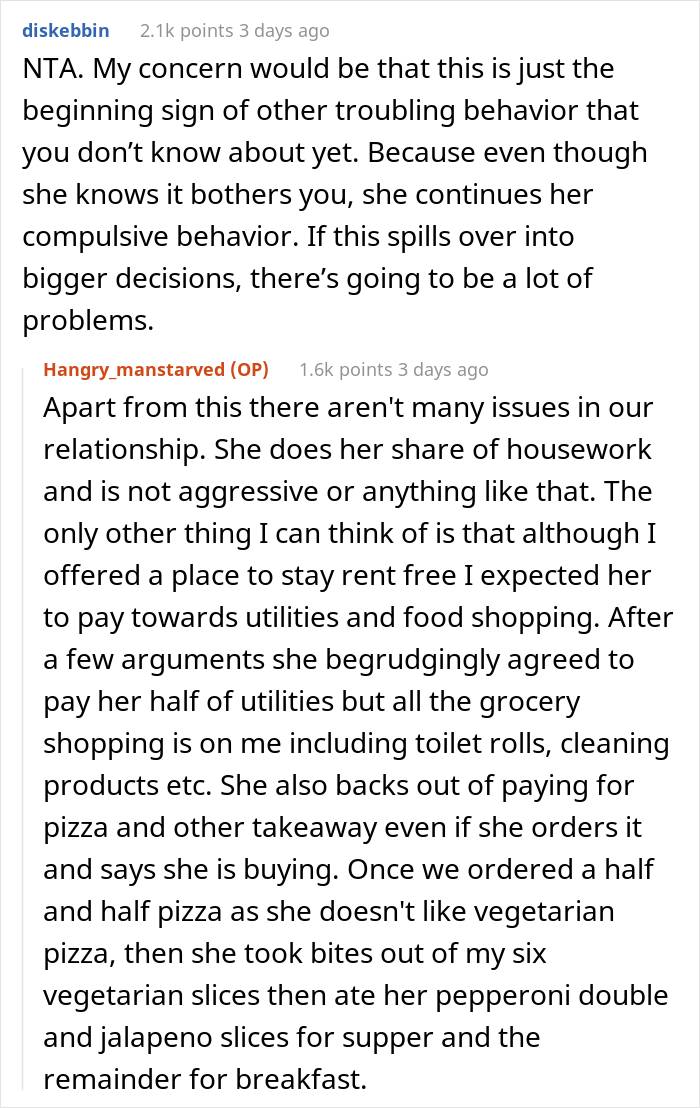 12. It could be some kind of compulsion 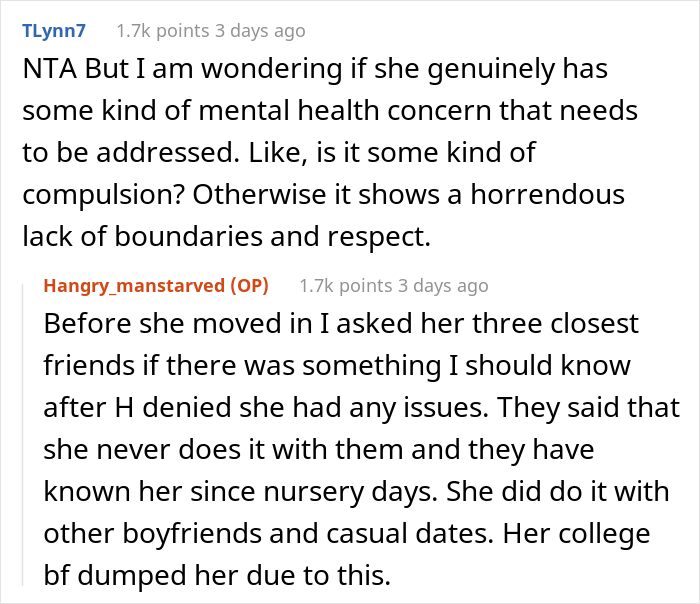 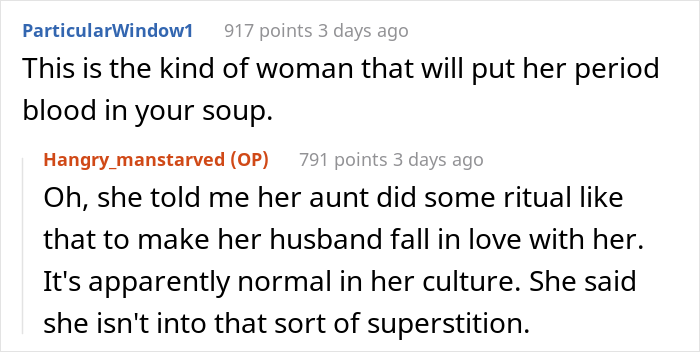 14. But this all doesn’t make sense, right? If she wants to stay with him she should fix it

15. We hope she would realize it and fix this mess 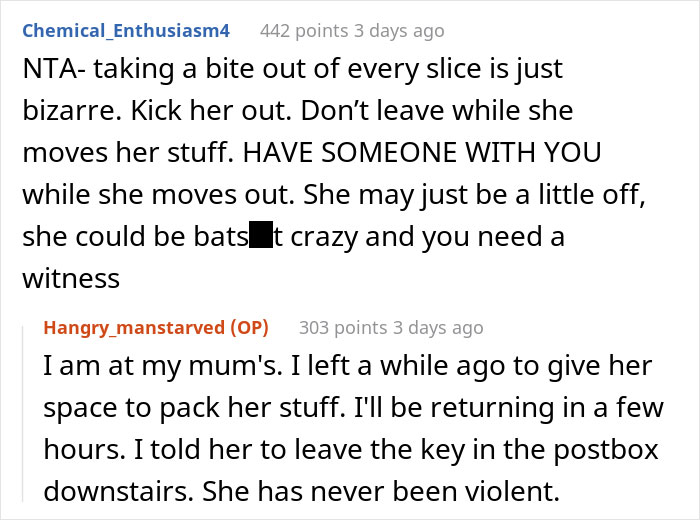 16. That is definitely not normal for sure

17. Everybody is saying OP is not an A-hole here 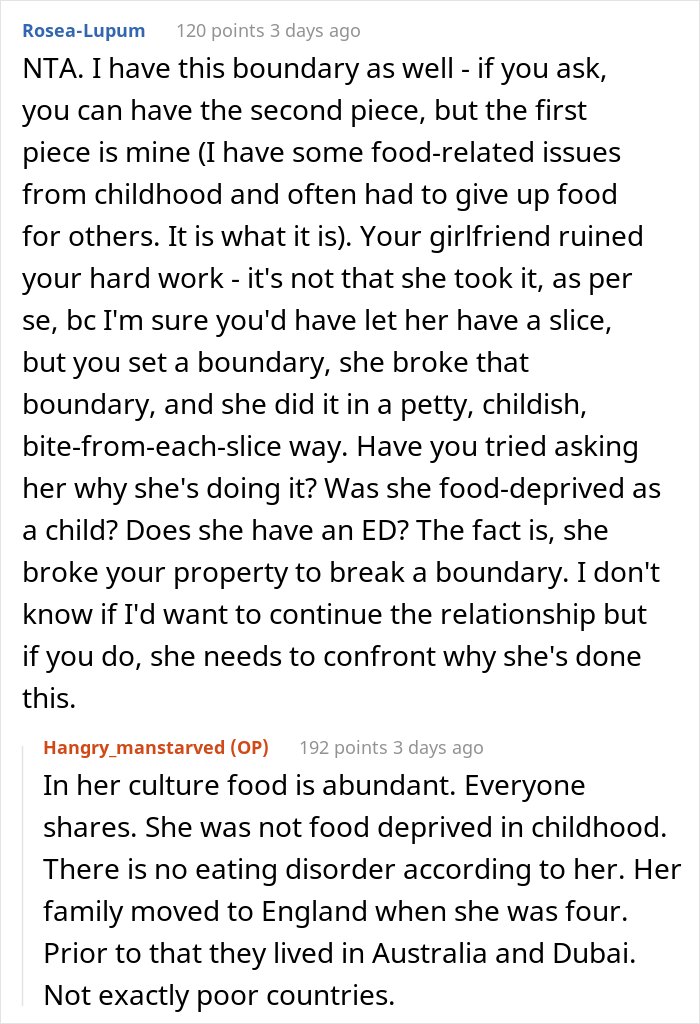 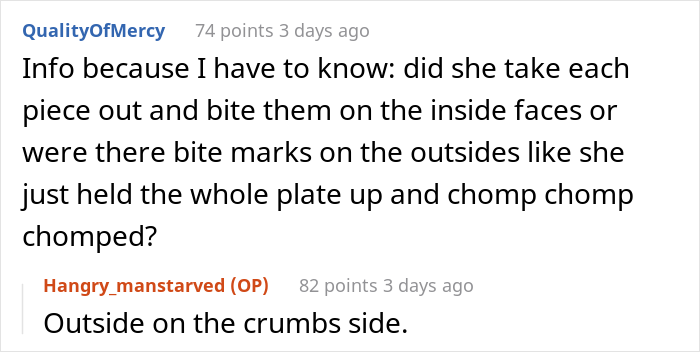 19. This needs to get fixed 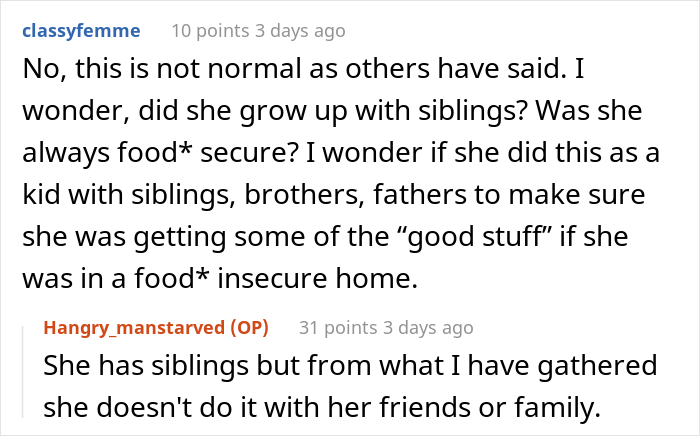 Here’s how some people reacted to the entire dating drama

20. The thing that she got defensive is a big red flag here 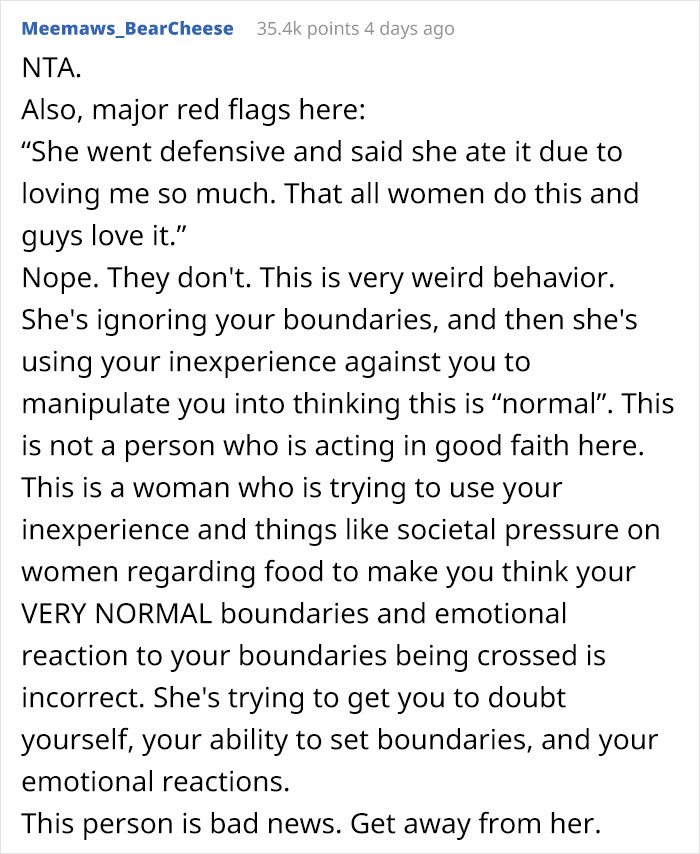 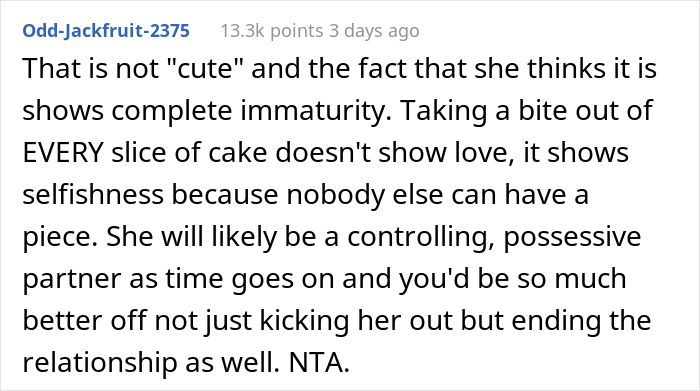 22. Exactly, this is why it is so absurd

23. In the end it’s all about compatibility isn’t it?

24. Everybody was on the side with OP 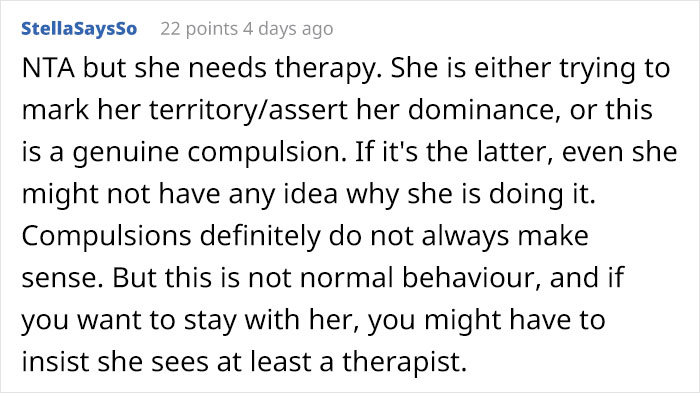 You guys might not have encountered such drama before but the world is a pretty vast place and there are major and petty relationship problems. But what she was doing was totally inappropriate and she needs to get it fixed whether by seeking therapy or talking about it to someone close, only if she wants to stay with him or the OP wants to stay with her.