Makeup can cost a lot.

I mean to hear it from someone who loves makeup just as an art form. It can be quite expensive, so I can never understand how people are fine with asking makeup artists to do their makeup for free. It is fine if someone offers to do it, but it is not okay to get angry when they refuse. However, it seems the world is filled with bridezillas who wants everything they can get their hands on but don’t want to pay for anything.

I understand wanting to have a luxurious wedding, but one should only do that if they have the money to pay for it and not expect others to splurge just because she wants her ‘dream wedding’. You can see that she is only being nice to her ‘friend’ because she wants something from here. Take a look at the text messages yourself, and you’ll understand what I am talking about.

If she doesn’t have the money to pay a makeup artist, she can try to do it herself. 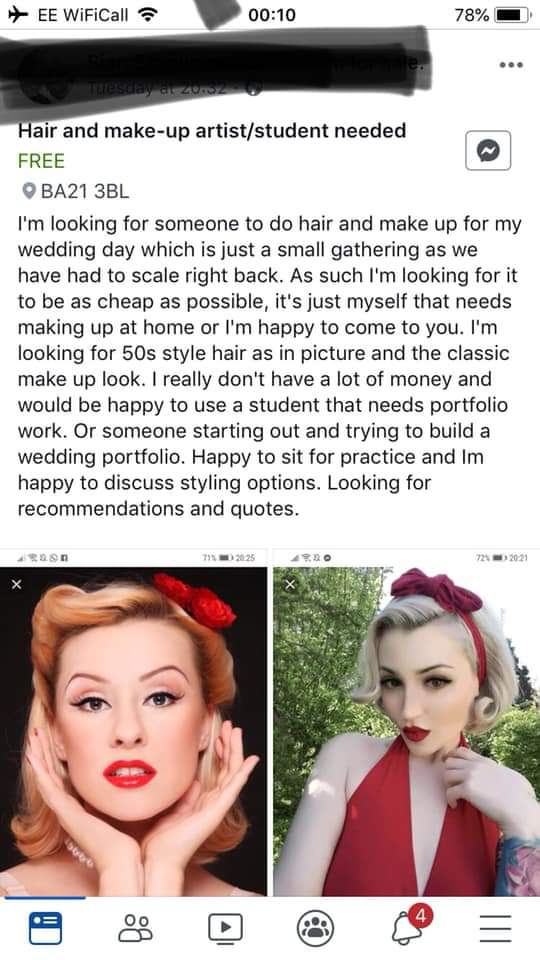 But no, she had to contact a person she knew 10 years ago just to mooch off of her. 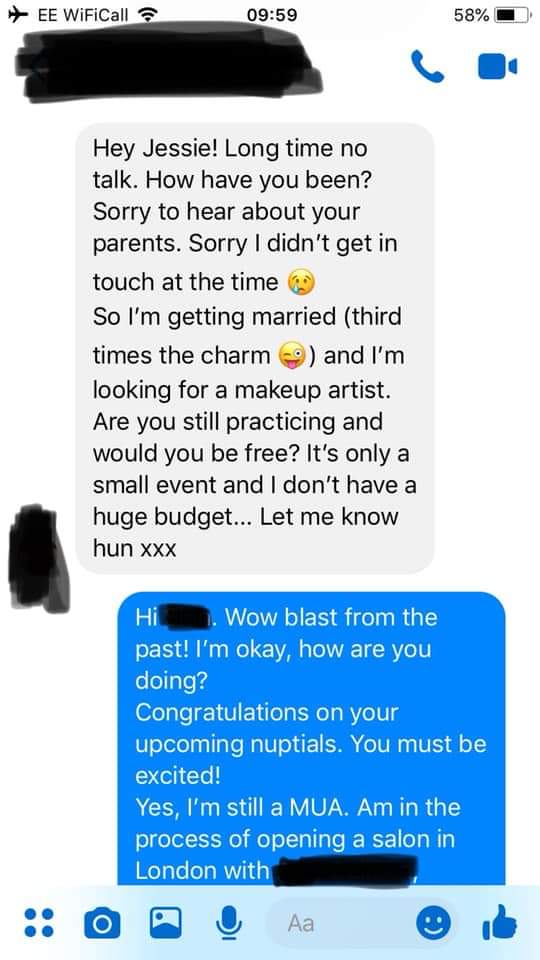 However, the MUA was nice enough even offering to drive quite a long way to do her makeup. 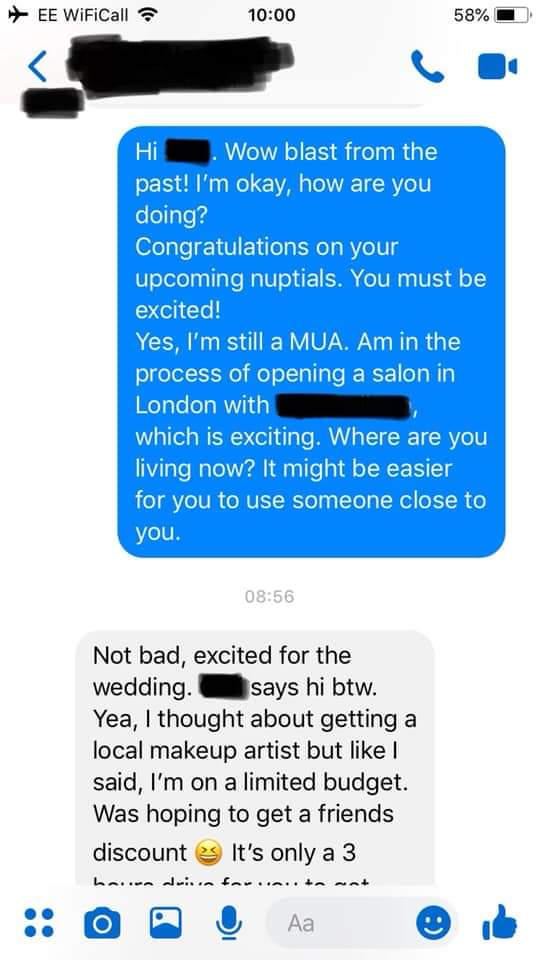 The only thing the bride had to offer her was that she could come if she wanted to which isn’t really payment. 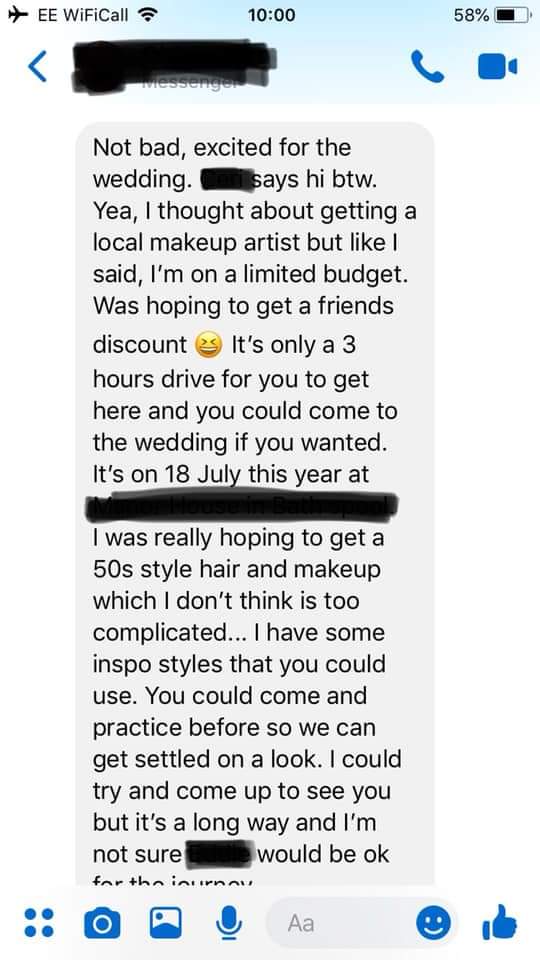 So the MUA told the bride her usual rate. 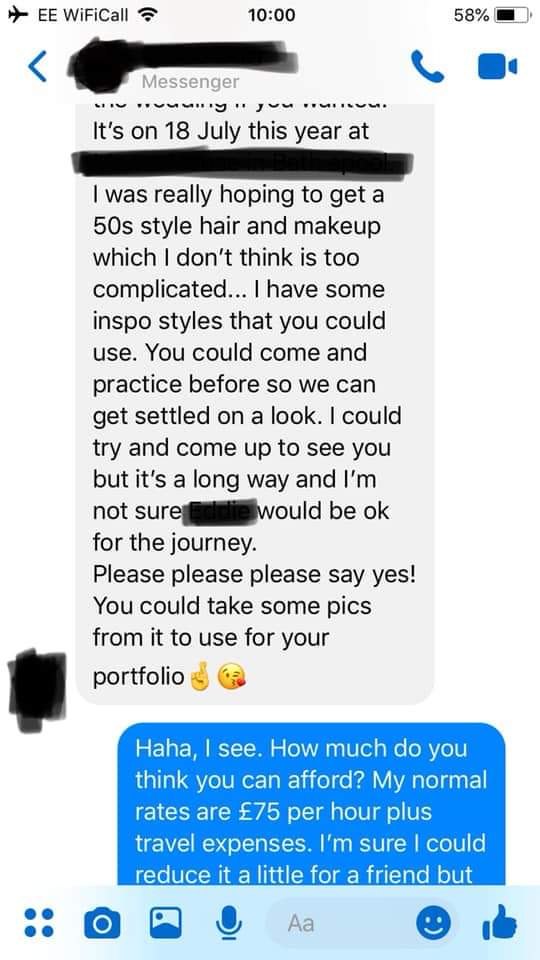 But was willing to offer a discount because she was a friend. 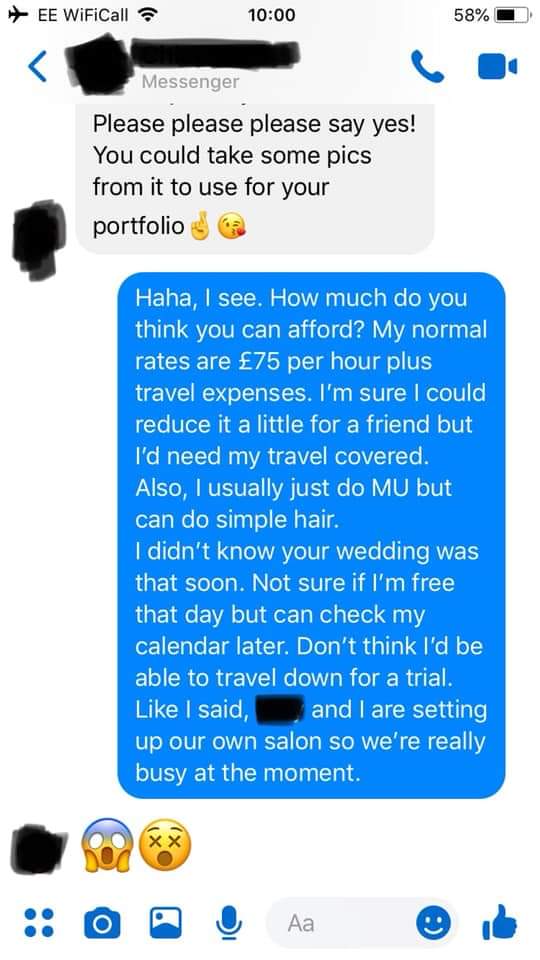 Which is more than what most people would have done. 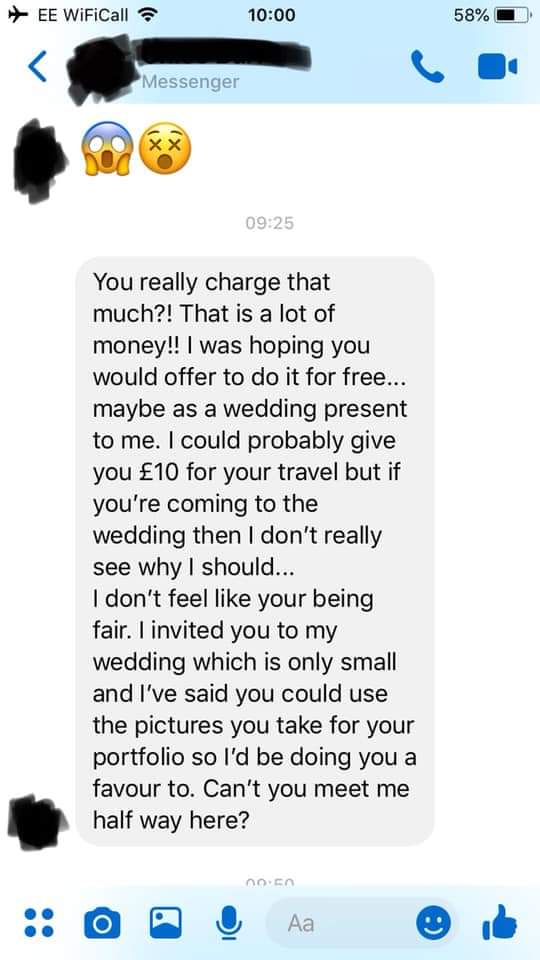 I’ve always kinda wondered… why is it always a “friend discount” or such? Wouldn’t you rather give the money according to a “normal” price to a friend rather than some stranger? Why is it usually the other way around? –creepycurmudgeon

Honestly I am not surprised that the bride changed her tone quite quickly after that. 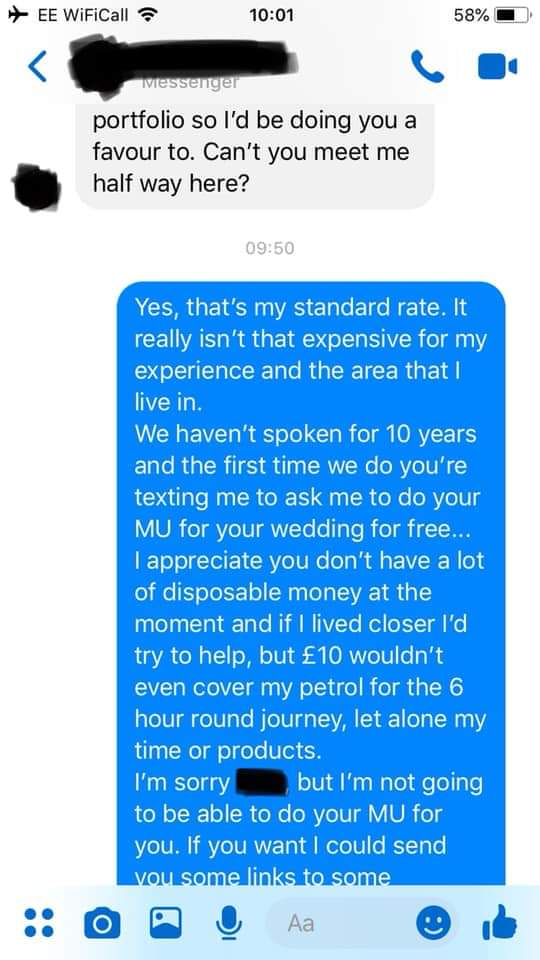 And this is how the message ends. What else could we have expected really? 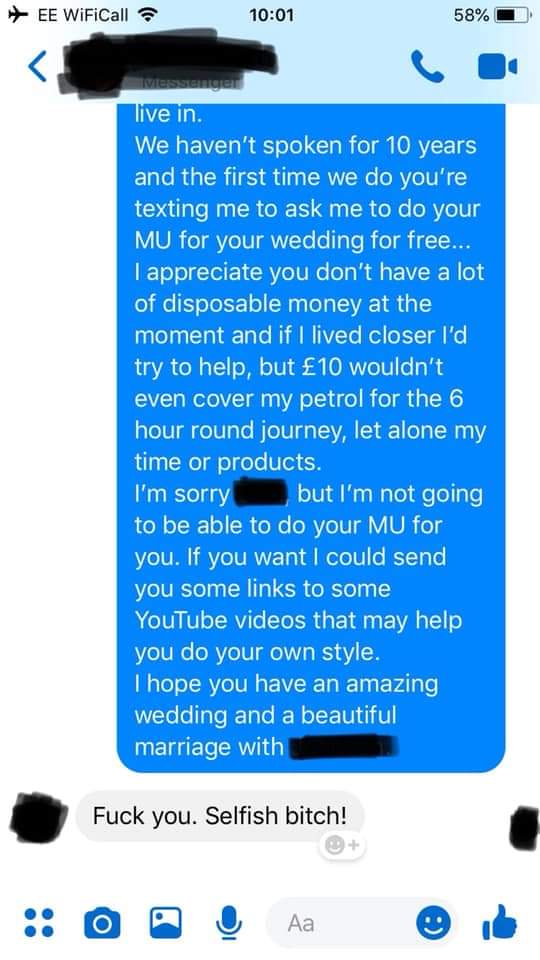 As a graphic designer, I get old classmates and even school “acquaintances”, trying to weasel their way into free art pretty often. Had one ask for a $300 logo I did, for free, with numerous changes. –Thunderbum

Have you ever had to deal with something similar? Comment down below and let us know your experience.