Parents only want what is best for you.

At least that is correct in theory. However, that is not always true by the looks of the Internet right now. But even if we know our parents love us and only want what is best for us, sometimes it can get a bit overwhelming. And we are all aware how possessive fathers can get of their daughters. After all they don’t want a guy to come around and mistreat their ‘little girl’. Although sometimes you have to let your kid go and makes mistakes because otherwise they want to learn especially if they are a teenager.

So it is no surprise that this father was left in a bit of dilemma when he went off on his daughters boyfriend. You see he tried to be as nice as possible to him, but he just wasn’t having it. I mean nobody wants their kid to be treated badly right? So he could only see his daughter upset for so long before he snapped and told the boyfriend that he doesn’t deserve her daughter. It might seem presumptuous, but you can read the whole story and judge for yourself.

This guy is clearly feeling left out and needs a bit of support right now. 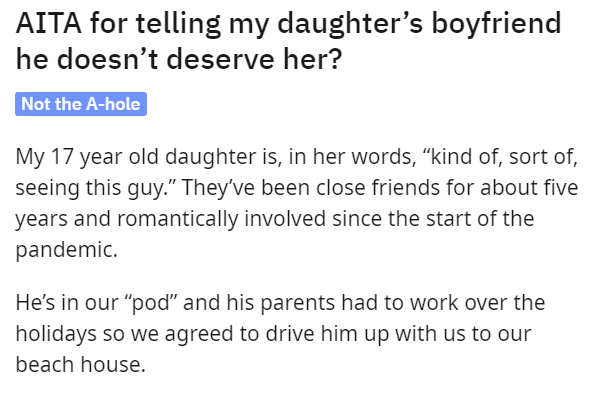 But that doesn’t excuse how he has been treating his girlfriend. 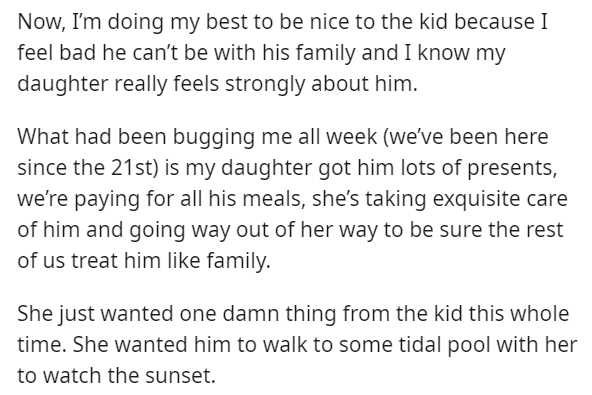 From what I can read here, he is clearly not interested in what she wants. 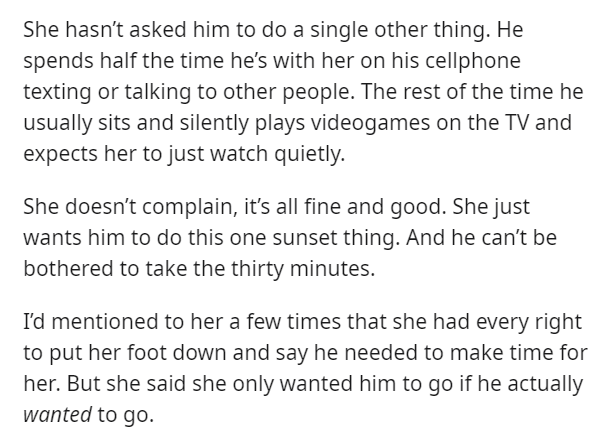 Even when he forced the guy to go there with her, he still stayed behind while she walked alone. 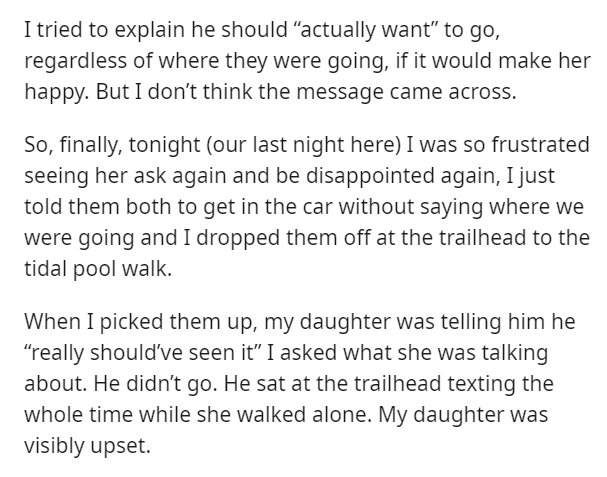 That is when he lost it and laid it all out for the guy. 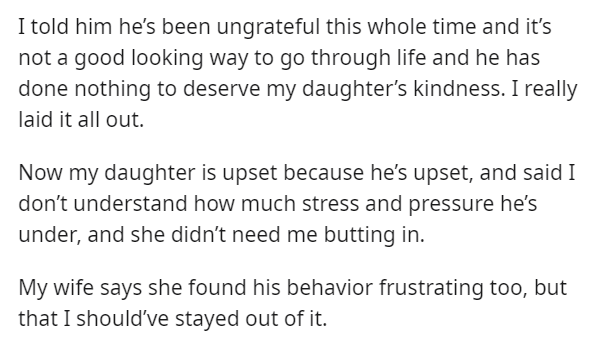 It is every parent’s job to teach their kids that they deserve more and need to be respected. 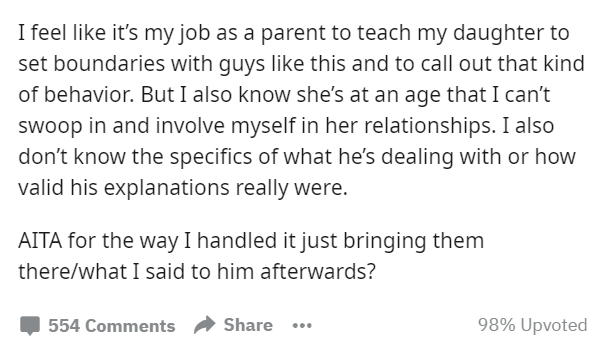 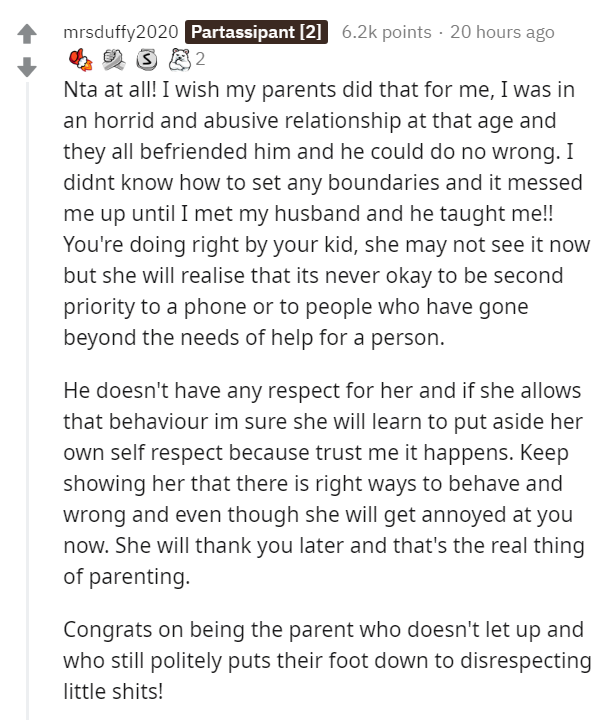 And while she will hate him for a little while. 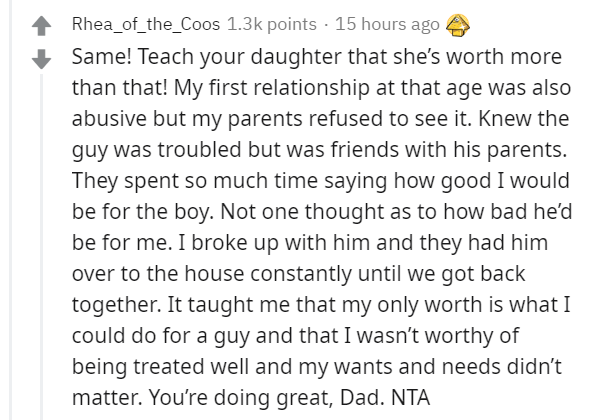 A time will come when she will realize he did what he had to do. 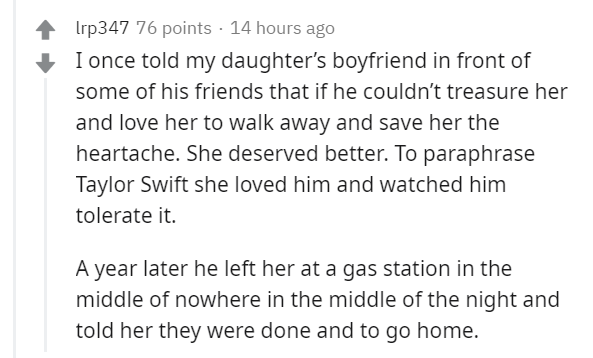 However, that is not to say he couldn’t have handled it better. 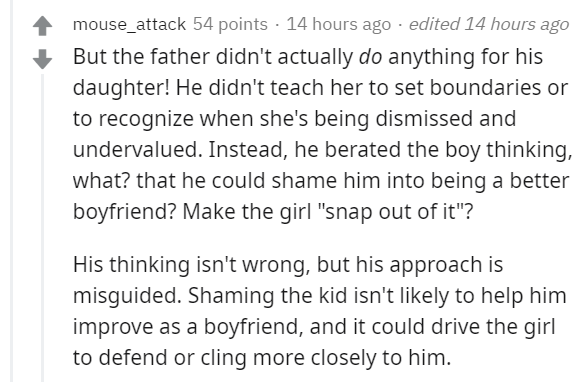 NTA. Lose-lose situation for you, OP. I know you want what’s best for your daughter but as another comment pointed out, your interference between the two of them attacked your daughter’s choices and not her boyfriend’s behaviour.

Your daughter is not ready to be in a relationship if she’s letting herself be a pushover. As a parent you are perfectly and understandably upset. Your daughter’s relationship dynamic seems very much one-sided but that’s not for any of us to judge. One’s love life can differ from person to person.

You should’ve stayed out of the matter and rather kept talking to your daughter about it than to her boyfriend. If she wants to stop being a pushover, she’s got to learn to do it by herself. By stepping in between the two of them you inadvertently made her lose the chance to either fix things in their relationship or be more strict about her boundaries.

I personally think that your daughter’s behaviour to all this is pretty dense and you and your wife should talk to her in a manner that supports any decision that she takes so that she understands your concern. It’s entirely possible that their love life has a very different take on love and that’s not for any of us to decide/judge. –NarukeUzuha

No one ever said dealing with teenagers is easy. They always think they know best which is usually not the truth. 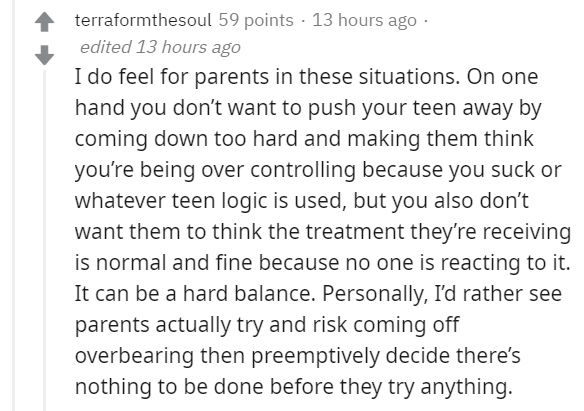 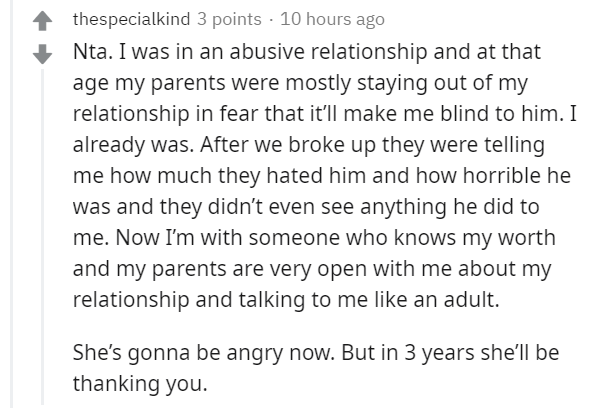 Do you think the father stepped over a line or did he do right by his daughter? Comment down below and let us know.