Is it so hard to own your mistake?

We are all humans and we all make mistakes. It is okay to laugh it off rather than double down on it. However, for many people, it is as if accepting the responsibility would destroy their ego or something. If your ego can’t handle a mistake then it is certainly too big for your good. And why should strangers have to deal with your mistakes?

Take for example this guy who rather than accepting that he made a silly mistake, doubled down on it and blamed the waitress. It wouldn’t have been such a big deal if he had just said that he ordered the patty melt or handled it any other way than what he actually did. But he just had to take it to the next level by insulting the waitress who did nothing wrong.

By only reading the title, I can already tell that this guy was not the a**hole. 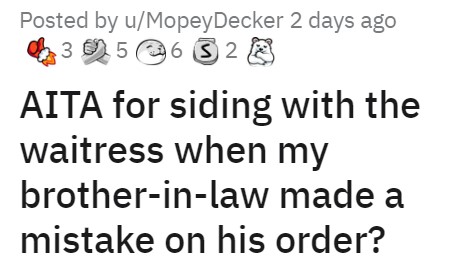 First, we get a bit of background on how we reached the later point. 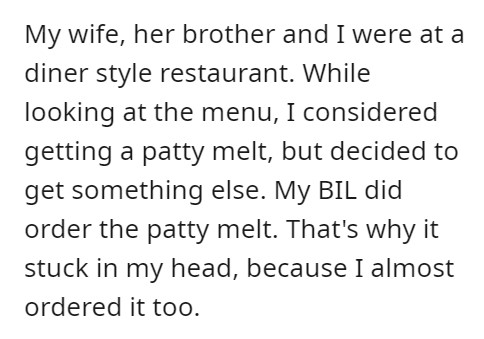 I mean even if the restaurant got my order wrong, I would just politely say so and tell them to change it. 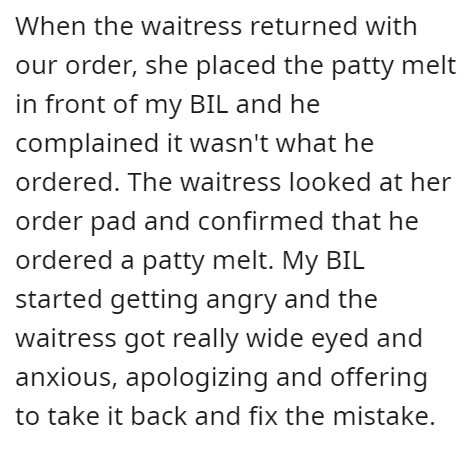 He might have forgotten and that is fine but there was no use in getting angry about it. 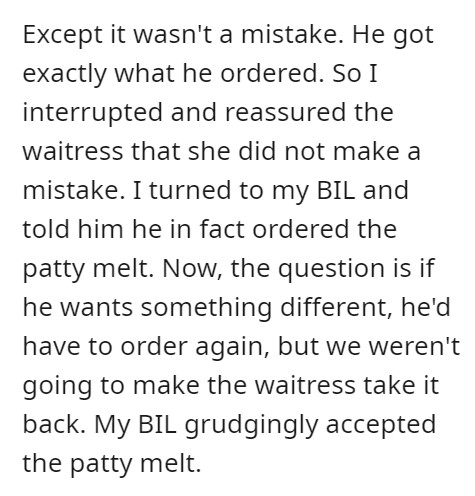 How is it nosy to hear what the other person at the table is ordering? 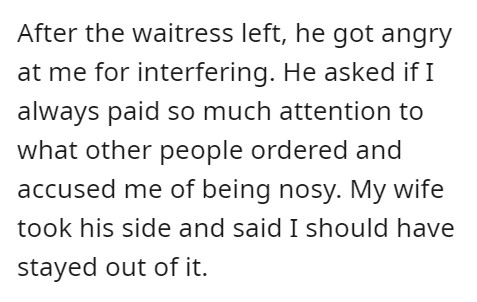 And that is perfectly okay! We can all make stupid mistakes sometimes bit it matters how we handle it afterward. 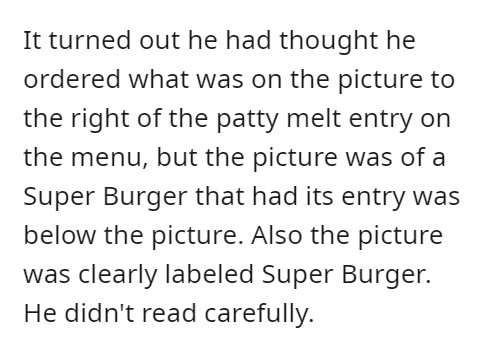 Why should the waitress get the blame when she did nothing wrong? 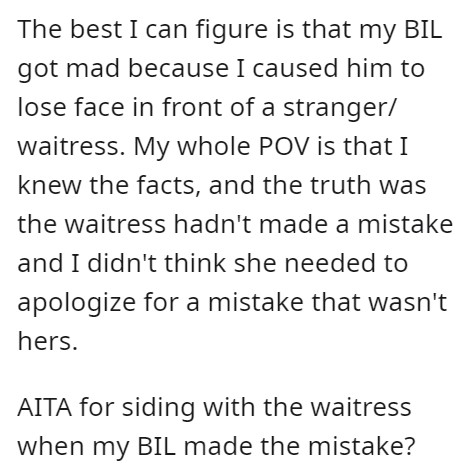 He just didn’t know what to say so decided to make up dumb stuff. 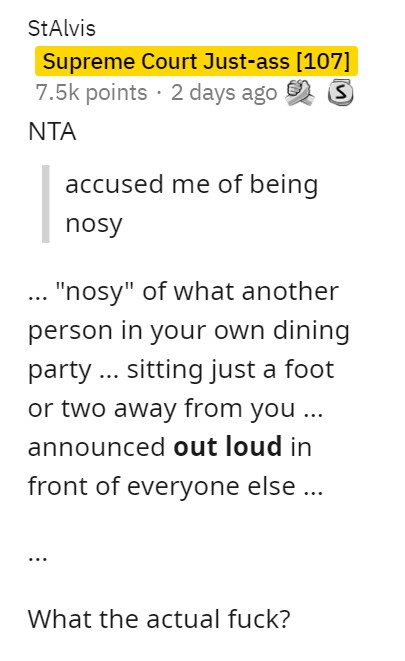 But your wife isn’t innocent here and you should tell her so. You should tell her how her brother was treating the waitress was rude and if he knew it was his mistake was morally wrong. If he knew then he was using his anger to intimidate this innocent woman to take the fall at her work for his mistake to save himself the cost of paying for what he ordered. And if he didn’t know he was wrong and didn’t realize his mistake, then he should appreciate you clearing it up before he took advantage of the restaurant and bullied an innocent person.

And her brother was then rude to you and told you you shouldn’t have done the right thing.

But then your wife said you also shouldn’t have done the right thing. And she needs to hear that you are disappointed in her for that. That you value integrity and kindness and her behavior doesn’t reflect that and that’s what you feel bad about.

Maybe show her this thread? –TheHatOnTheCat

I wasn’t aware I have been exceptionally rude all these years! 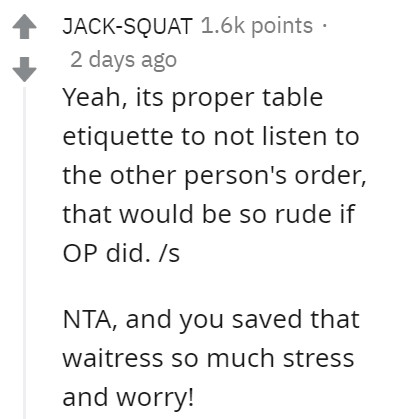 Neither had I and now I wanted one as well. 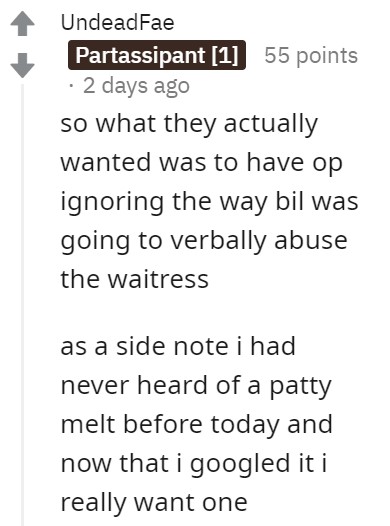 Service industry jobs are hard, really, really hard. If I was sitting by you guys and had the same information I would have interfered.

The pay is shit and so many customers are entitled shits.

But look how awesome the waitress did, she was ready to make an exchange knowing full well that the boss may blame her and take off the cost from her paycheck.

From all people that work or have worked in the service industry, THANK YOU (and no, not me. I’d last 5 minutes before putting my fist through someone’s mouth, that be me telling BIL to SFU). –Oracle5of7

What would you do if your family member or friend started berating the wait staff for a mistake they made themselves? Would you intervene? Comment down below and let us know.