Hoarding is a real thing.

I know we all make jokes when we have a lot of stuff and think that we are hoarders. However, the people who are really obsessed with hoarding have it differently. it might be caused by a past issue or it might not have a definite reason. At the end of the day, it is a compulsion and the people who hoard cannot help themselves no matter how hard they try at least without some outside help.

Now, I am not a psychologist or in any way trained in the art of therapy so I won’t make any definitive judgment on this story but it really does seem like the woman in this scenario is dealing with some issue. You see, her husband has become tired of her hoarding habits. She always fills up the freezer with frozen food and never leaves any space for her husband to put his favorite things in. He even bought a bigger freezer so it wouldn’t be an issue but she thought the space was all for her.

Things only increased in intensity from there and you can read the whole story to find out what the husband did. So just scroll below to take a look.

This is going to be a long story so strap in for some twists.

It seems their relationship is mostly fine other than this one issue. 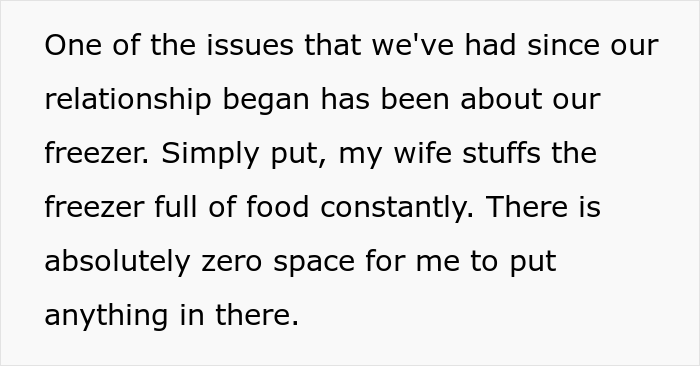 He tried to solve this issue by buying a bigger freezer so she wouldn’t fill it completely. 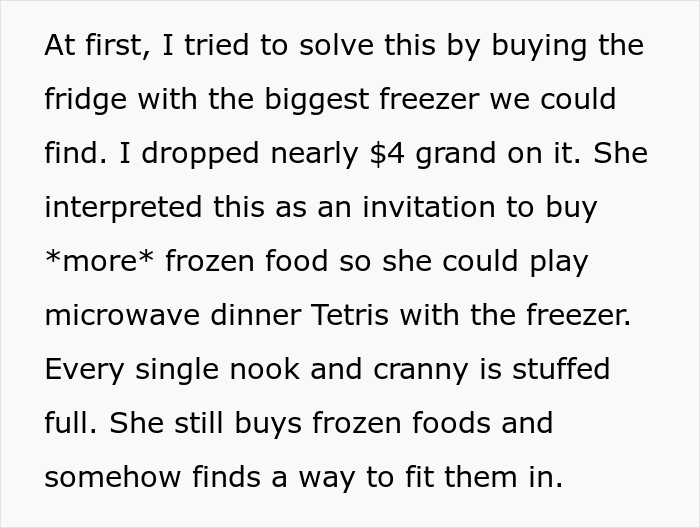 But that didn’t work at all and he still has to deal with the same scenario. 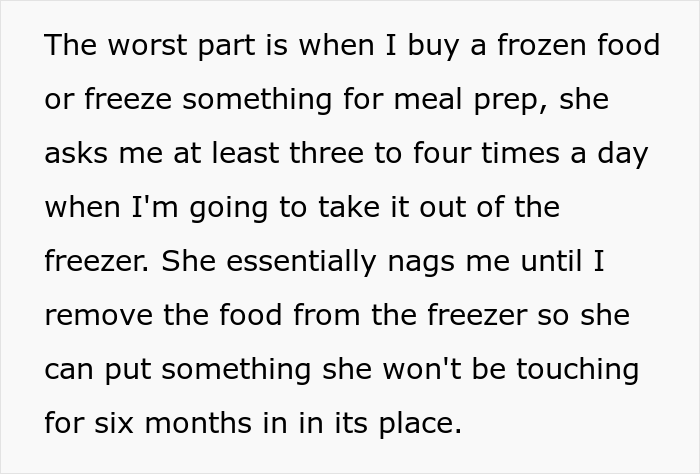 So then he decided to buy a small freezer just for his personal use. 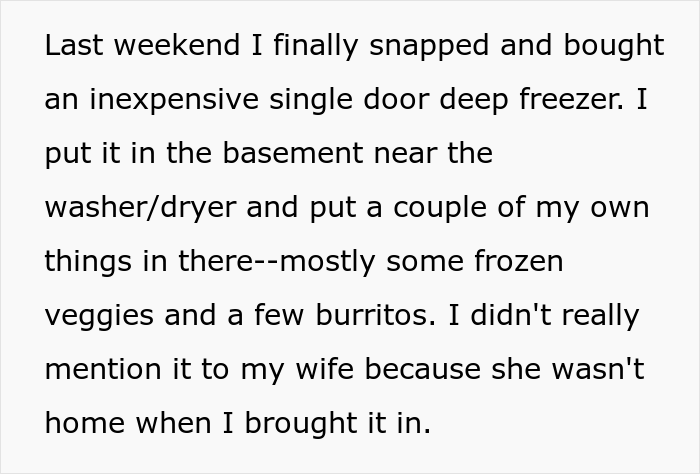 But when his wife found out, she wanted to fill that freezer too. 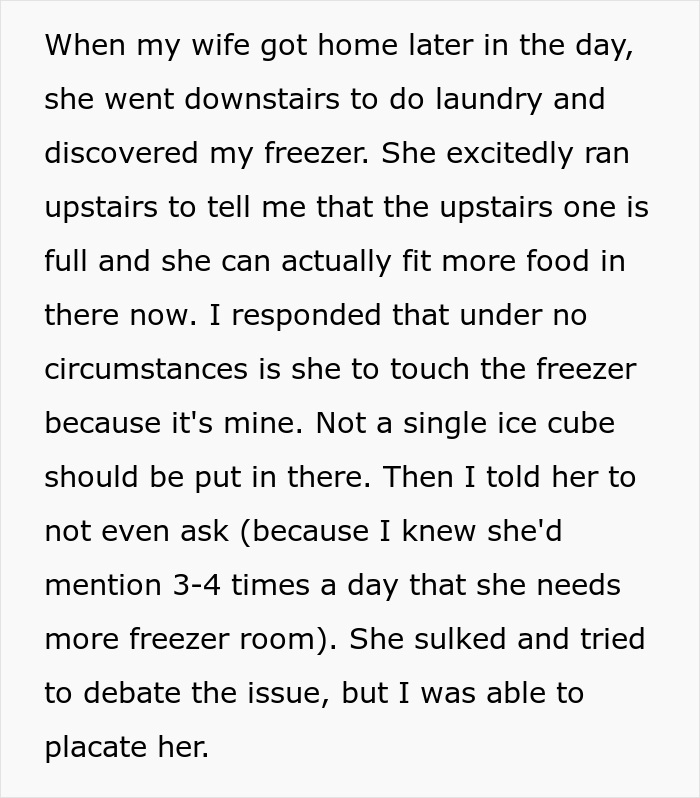 Even though he had told her it was his, she still filled it with food. 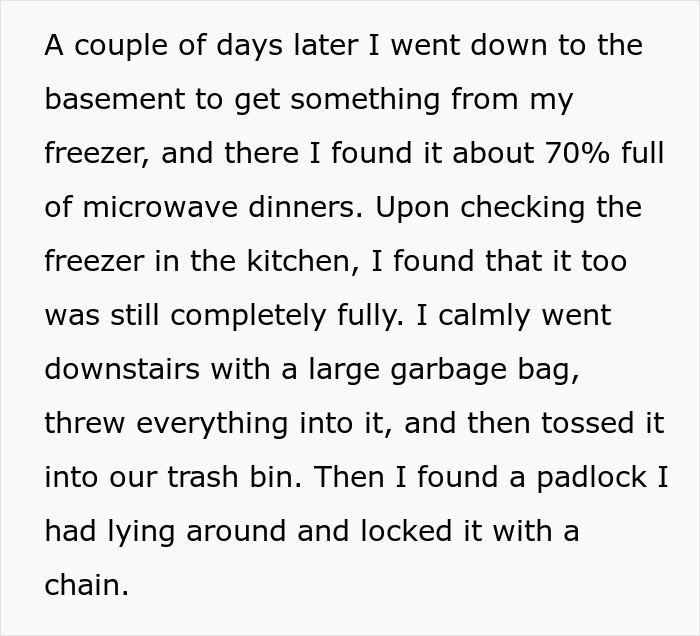 So he put a padlock on the freezer.

After throwing away all the food, ofcourse. 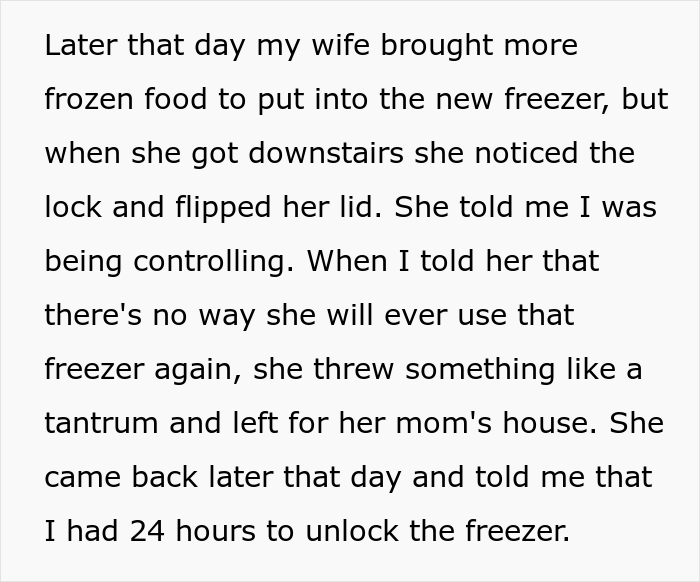 She threw a tantrum over this and gave him an ultimatum. 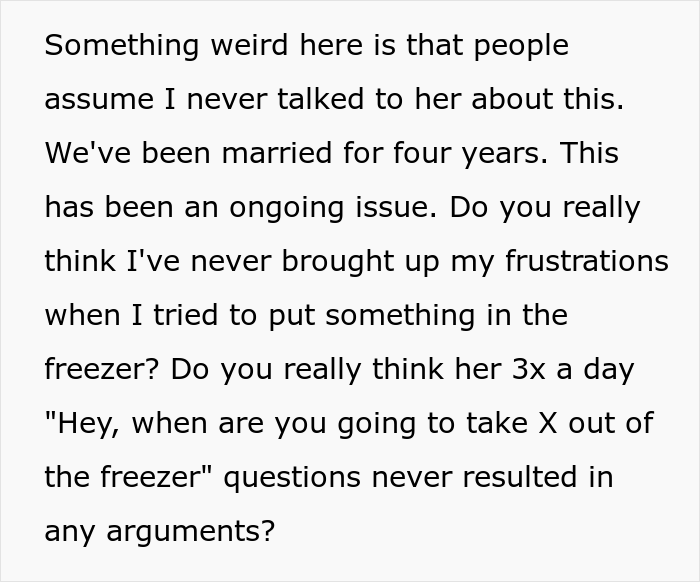 It isn’t as if he hasn’t talked to her about this before. 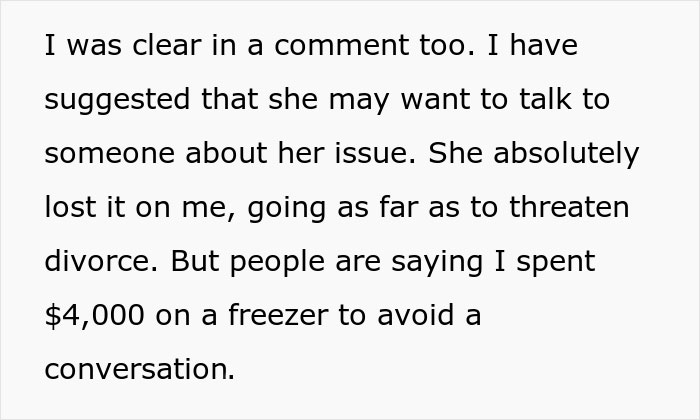 But she just doesn’t listen or is unable to understand. 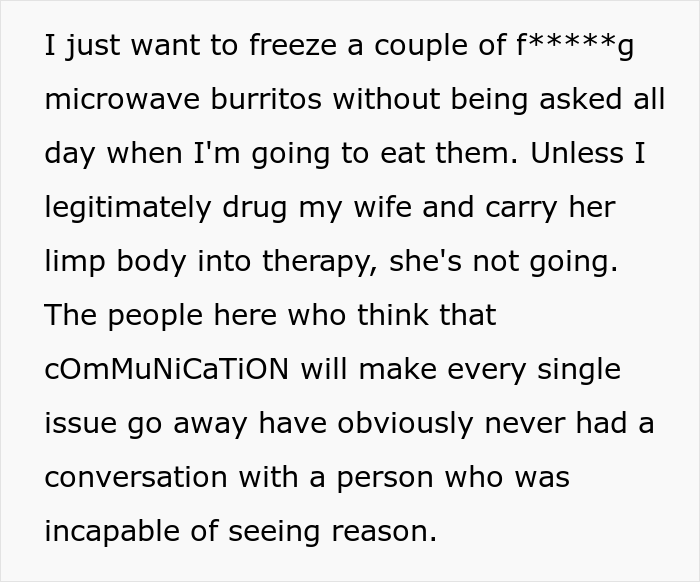 I understand where the husband is coming from. While I always say communication is the key in every relationship, it is clear that he has tried to air out his issues with his wife but she isn’t willing to listen. And I can’t say that it is her fault either. She clearly has some issues with food that she needs to take care of and the only way that can happen is if she goes to a therapist but that is unlikely to happen from the looks of it.

People in the comments were mostly on his side. 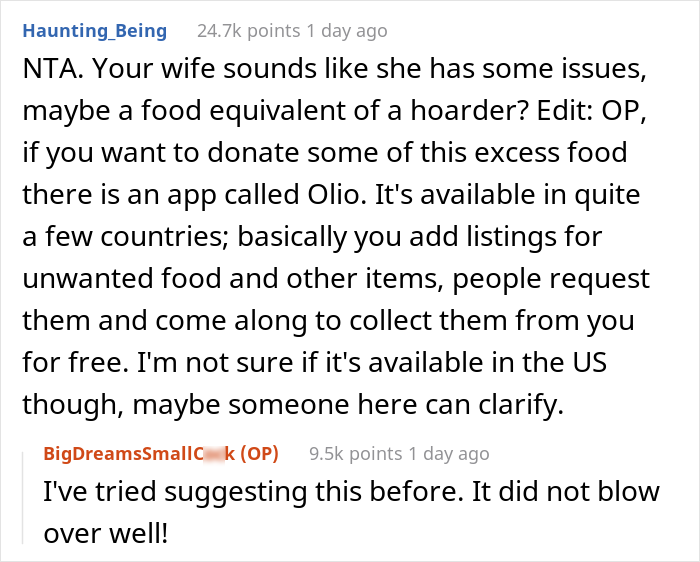 And while he has asked his wife to go to a therapist, she always refuses.

She needs to go to the doctor.

The real issue is the reasoning behind this behavior. 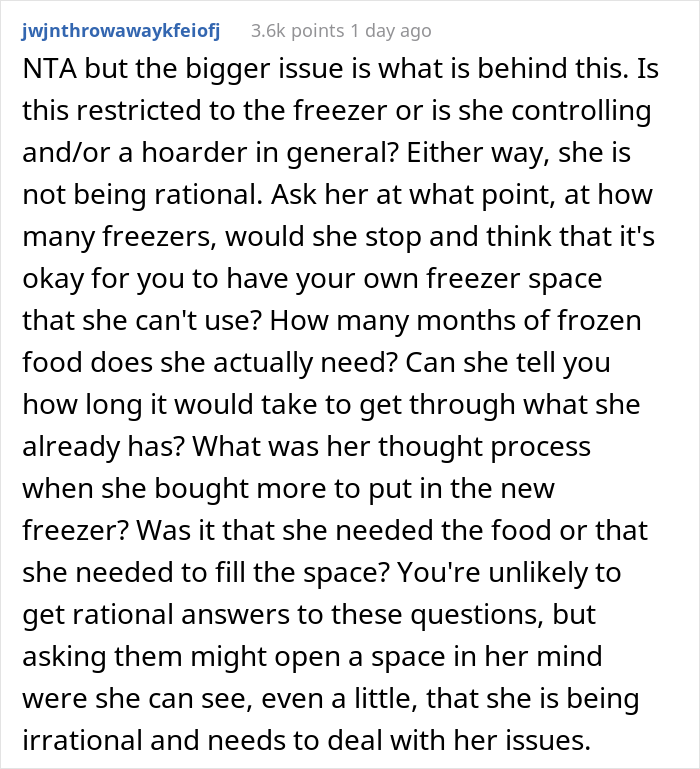 As it is clearly not normal.

What has caused her to become this way?

Or does she think she will run out of food if she doesn’t hoard it?

But it seems that the husband can’t convince her to get help.

We can only hope that she realizes her behavior doesn’t make sense and goes to a doctor. 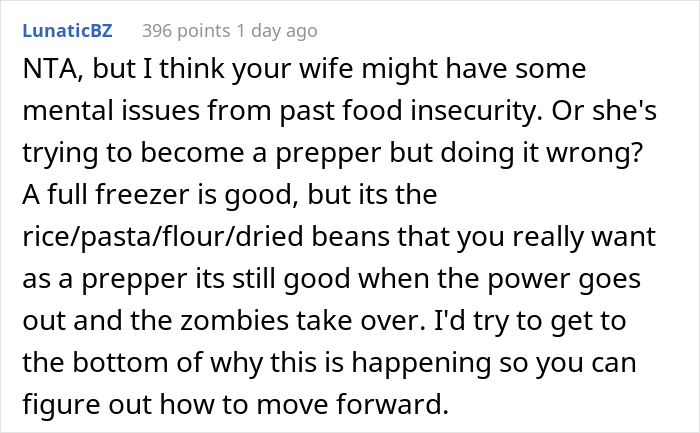 What are your thoughts on this story? Have you ever dealt with a hoarder or do you like hoarding things yourself? If so, how do you deal with it? Comment down below and let us know. Don’t forget to share this story with your friends so they can join in the discussion as well.