People have more to do than just their job.

It is as if others expect people in the service industry to be at their job 24/7 and not have a life of their own. I mean what sane person would go to a restaurant 5 minutes before closing time? That is honestly rude and you can’t expect to be served at whatever time you want. But some just think they own the place and think they can do whatever they want. The person in the following story is the definition of entitlement.

They not only went to a restaurant minutes before they closed but also expected to be served and left a bad review when they weren’t. I mean if you need a late-night meal, just go to a fast food place and don’t bother someone just because you think you deserve to be treated like the ruler of everything. However, it doesn’t end there, the restaurant actually responded to the review and honestly, it is satisfying to read.

And you can do that yourself by scrolling below.

The review starts out quite rude and it is only going to get worse from here. 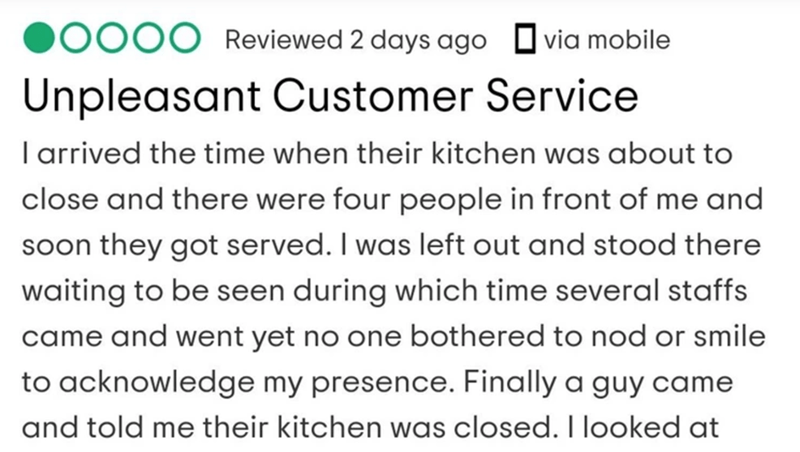 And not only that but they also said they would never come back again. 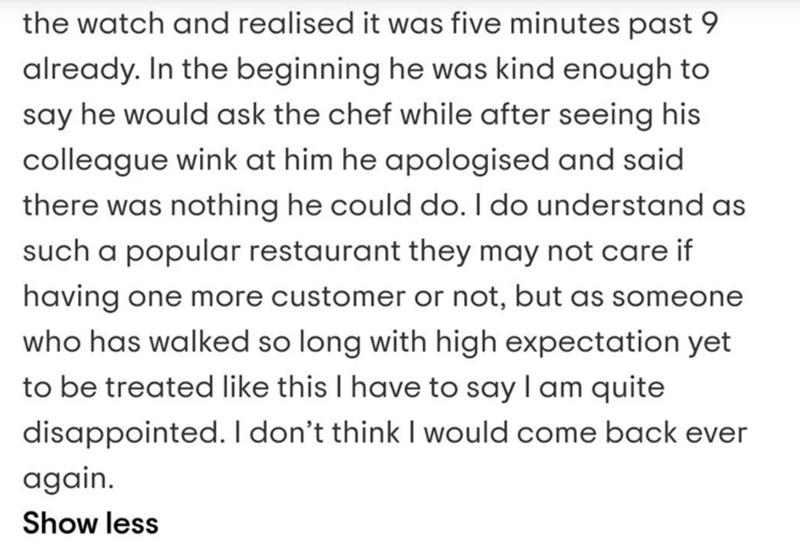 I never understand why people think saying that they are never going to come back will affect the business. I mean if a business is doing well, one rude customer is not going to make much difference. And on the contrary, many businesses will actually be thankful to never get the customer back. I mean who wants to deal with an entitled person who thinks they’re always in the right and aren’t nice to the waitstaff. I know if I was in their position, I would actually be happy that I never have to deal with this person ever again.

Usually, restaurants don’t respond to negative reviews but this time they did.

Sounds about right for Cornwall. Been to a few places there on vacation and it’s pure accommodation when possible, but if you cross a line or Prepare your scone the wrong way you are gunna get an a**-kicking beyond belief. –monster

If you really want to eat at your desired place, just be nice and don’t expect anything.

They could have talked to the waitstaff rather than expectation to be waited on. 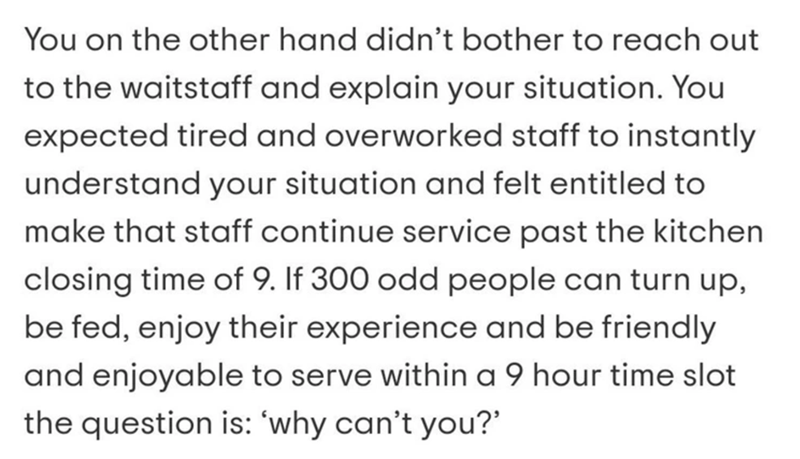 And then the restaurant ended their comment with this beautiful line.

What are your thoughts on the reply the restaurant constructed? Do you think they should have never replied or was it well deserved? Usually, the reason restaurants don’t reply to negative reviews is that it only feeds the trolls and there is no use in fighting back against fake or lying reviews. However, sometimes it pays off.