Marriage can be a little complicated sometimes.

In some cases, things don’t work out and people have to part their ways. This can also happen when you already have children with your significant other. Instead of “staying together for the kids”, some people believe it is healthier to live separately and not raise their children in a toxic environment. Some people decide to marry again once they find love, and that can be a little complicated if you have kids. You’ll always be afraid that your significant other might not accept your children, or that your child would not feel loved as much as their step-siblings. It is a very sensitive subject and these situations need to be handled with a lot of care.

Her daughter is six years old and they spend every Christmas at her mother-in-law’s house. 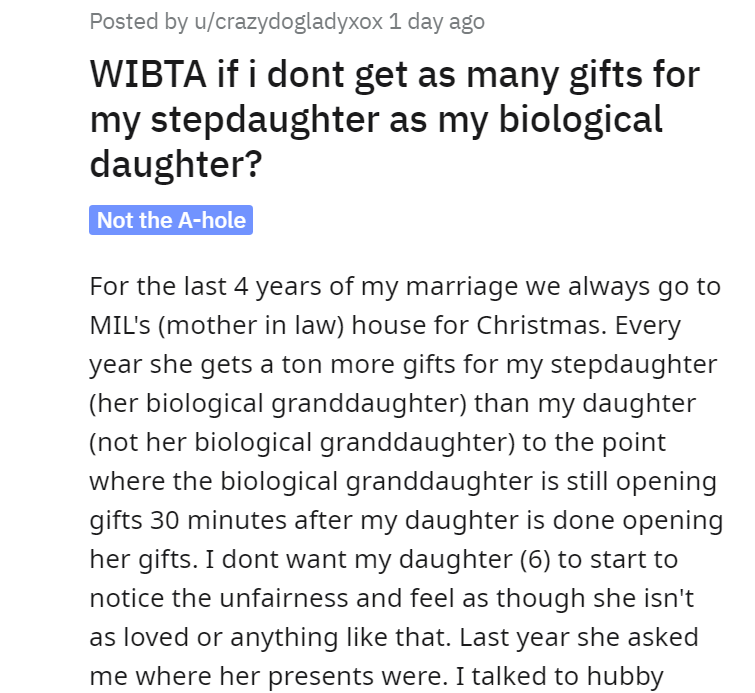 The mother-in-law treats her step-granddaughter unfairly and she receives much fewer gifts than her sibling. The woman’s husband tried to talk to his mother to make her stop this behaviour, but she refused to do so. 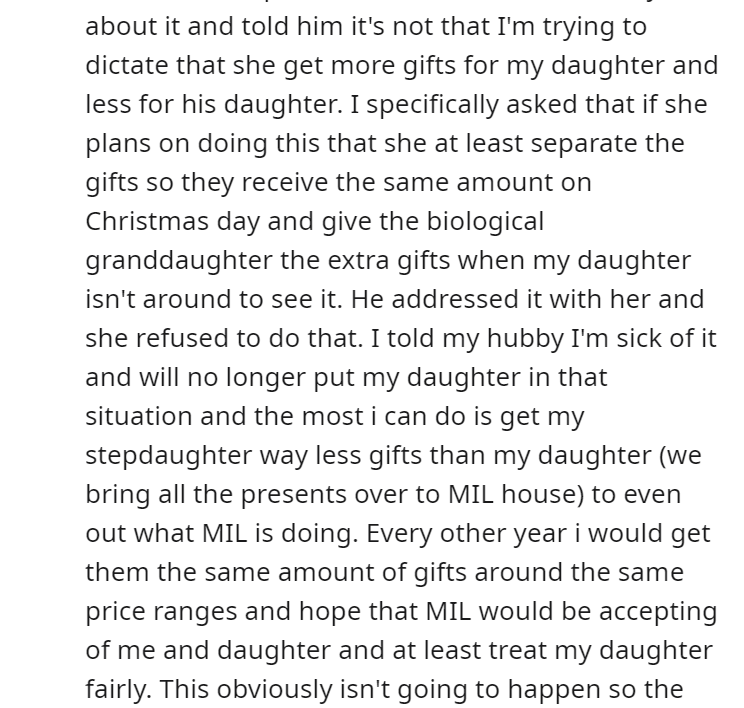 So the woman came up with the solution to give her own daughter more gifts. 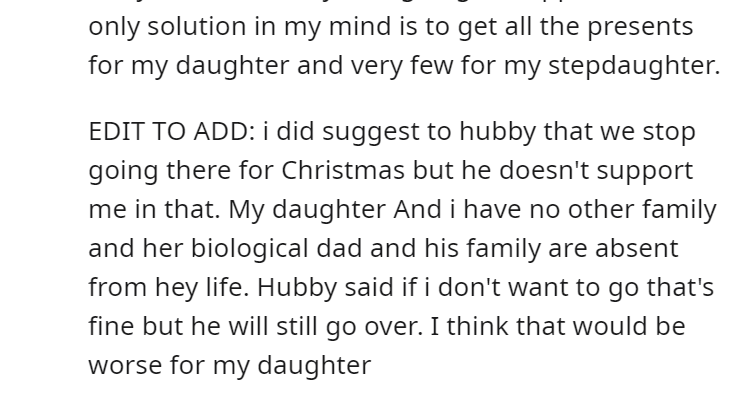 The couple has agreed to start marriage counseling to figure out the solution to this problem. 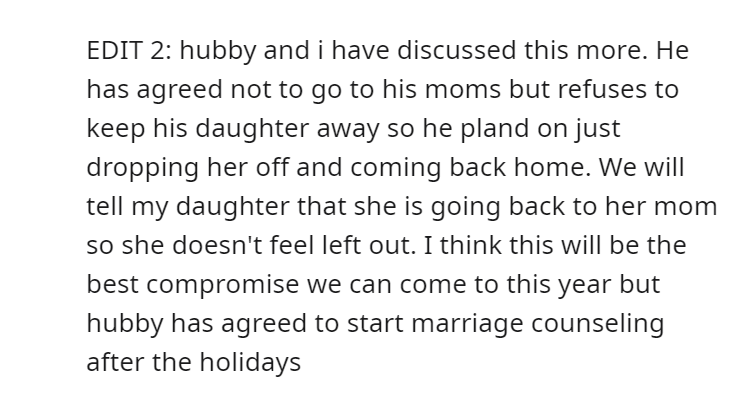 In my opinion, what the woman is doing is completely fair. She is only getting her daughter more presents to balance things so that both children feel like they are treated equally. It is a very sensitive subject so one needs to be careful while thinking of solutions. The only person who is wrong in this is the mother-in-law, who is knowingly disrupting the family. 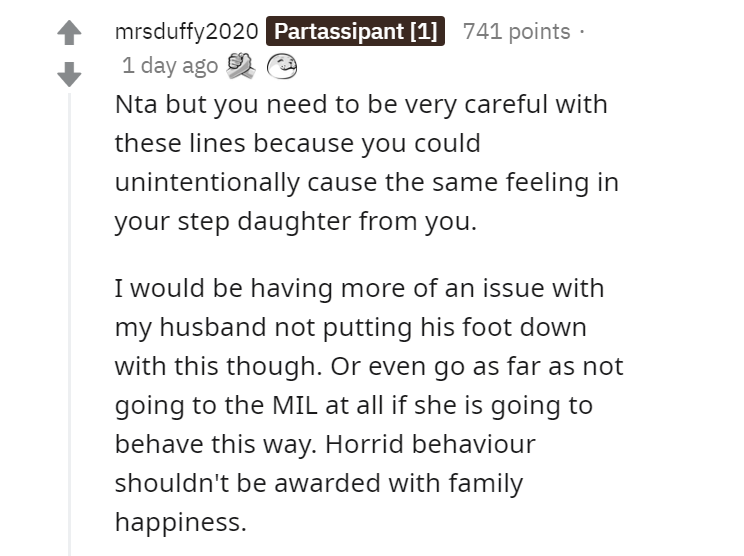 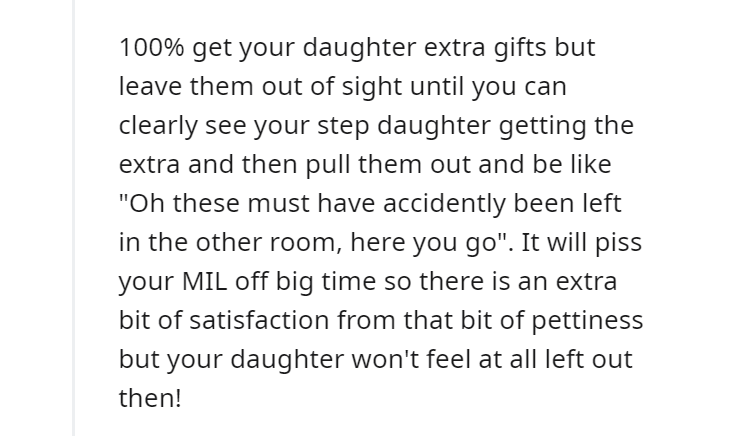 A lot of people thought it would be best if she just stopped going to her mother-in-law’s for Christmas. 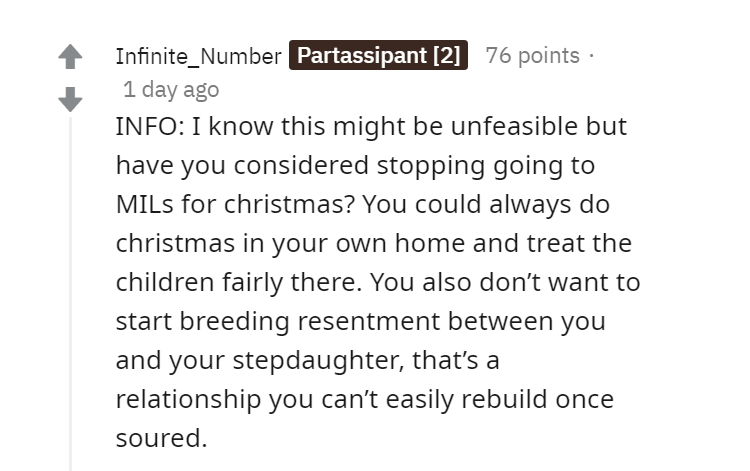 However, most of the people sided with her and didn’t think she was doing anything wrong. 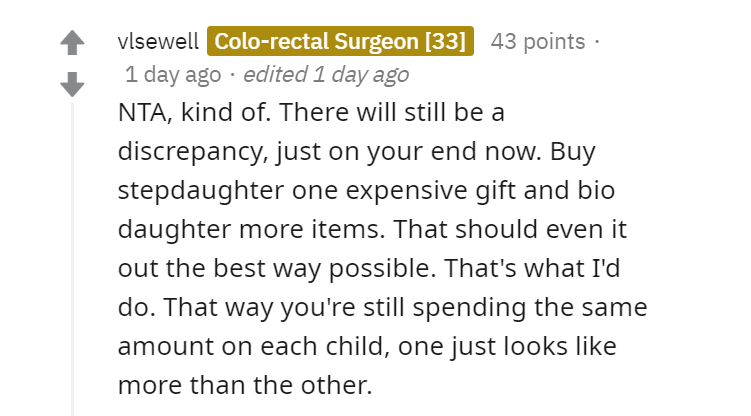 The mother-in-law is clearly disrespecting her and her daughter. 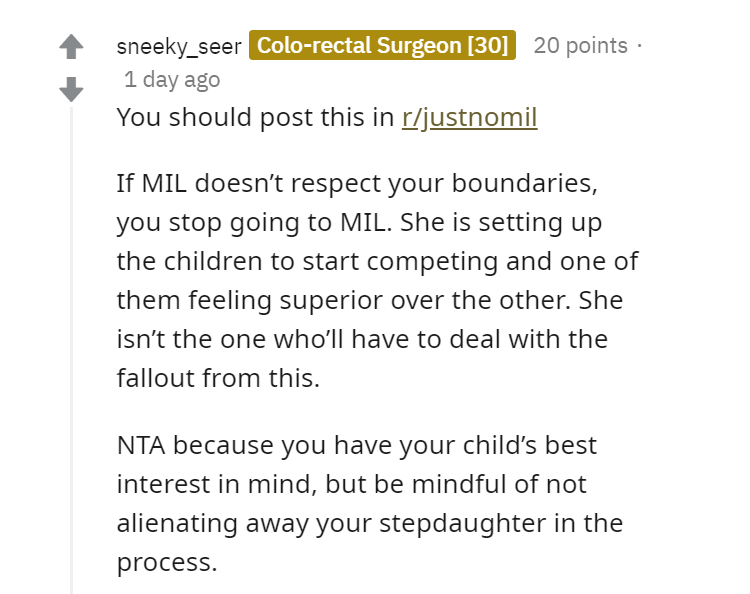 However, some people decided that she was in the wrong. 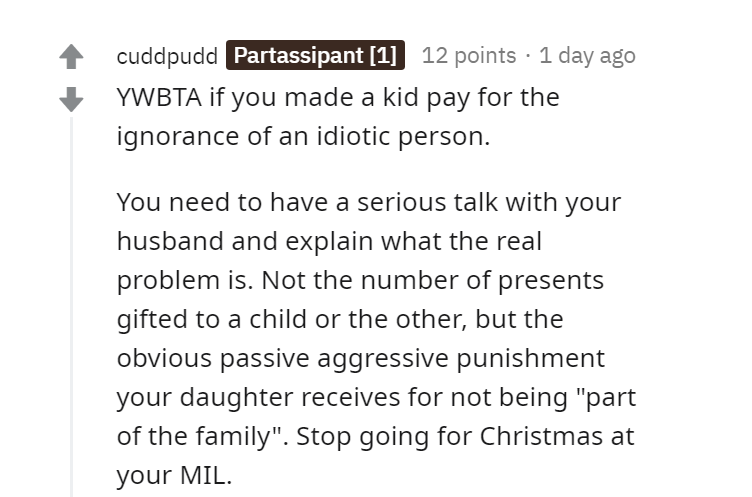 The people who thought she was in the wrong just asked her to stop going there. 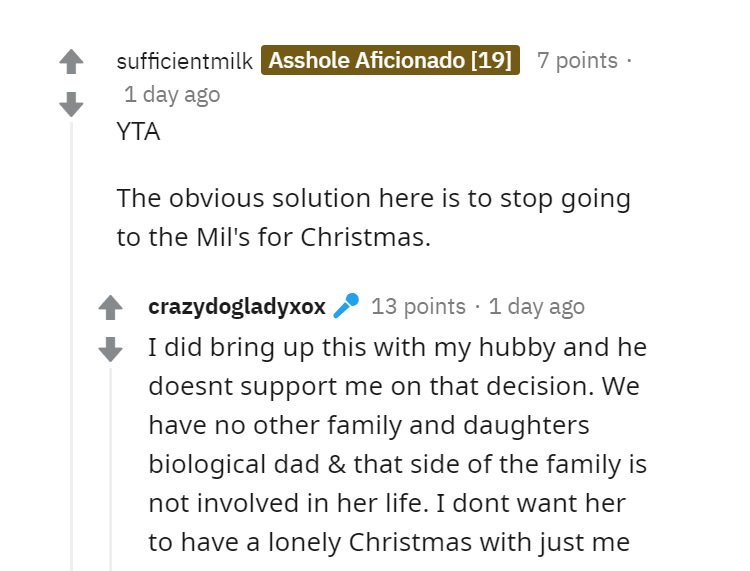 If the mother-in-law is not co-operating then this is the next best solution. 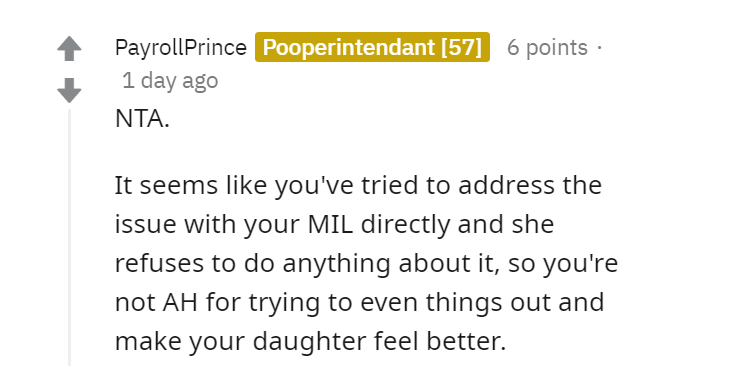 This issue is bigger than just Christmas gifts.

What is your opinion on this? Do you think the woman is doing the right thing? Or is she alienating her step-daughter to protect her biological daughter? Let us know your thoughts in the comments below.