Everyone can be a hero.

It doesn’t take much to be a Marvel hero actually. You only need to be filthy rich, be a genius, get experimented on or get bitten by something scary. However, the following characters got to be a hero just on an artist whim.  Yes, I am talking about MJ.Hiblen Art. If you don’t know about him already, he loves to do crossovers between different universes and the results are always hilarious and lovely.

And if you aren’t aware of what is coming next, let me tell you about the new crossover he has done between the Hanna-Barbera cartoons and Marvel Heroes. The same Hanna-Barbera Universe from which the hit show Scooby-Doo came out of. This universe was my childhood while the Marvel universe was introduced to me when I was a teenager. So most of us hold both of these universes dear to our hearts.

No need to worry none of these characters have been ruined. You can see that for yourself by scrolling below.

#1 Scooby and Shaggy as Winter Soldier and Captain America. 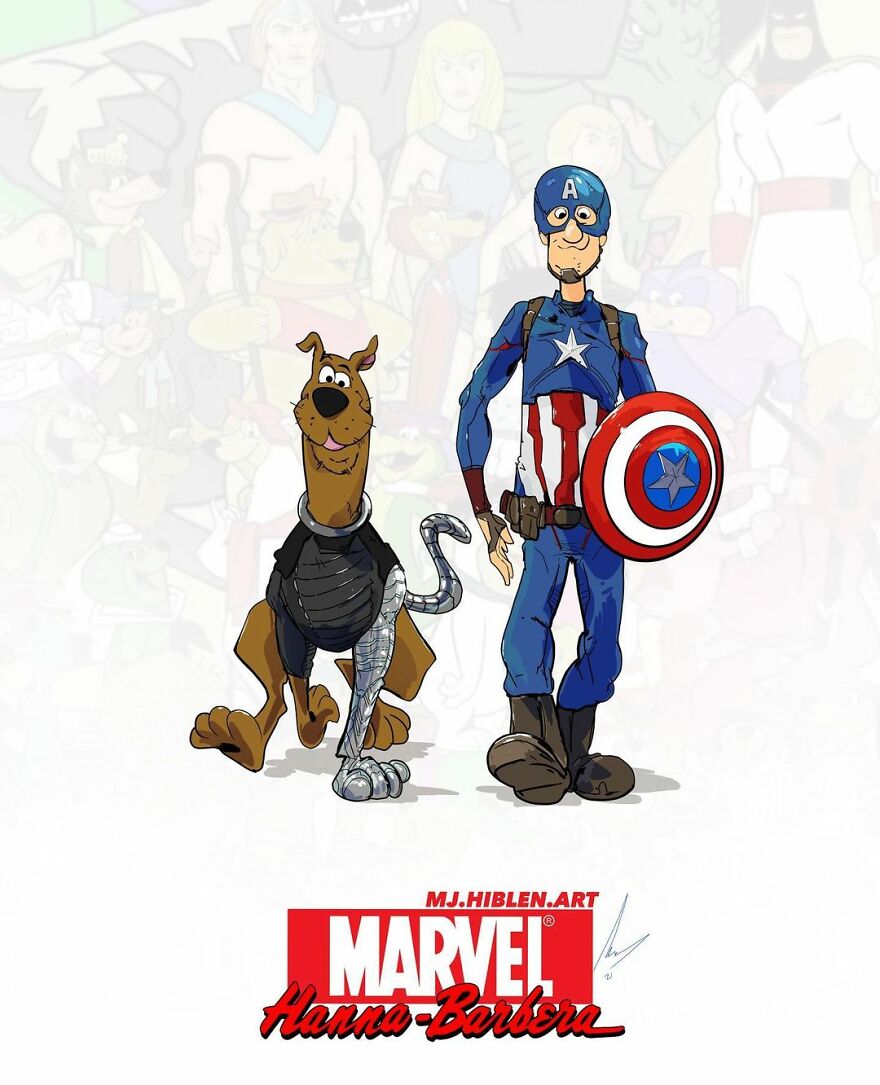 I wonder how Scooby lost his arm.

#2 Barney and Betty Rubble as Hulk and Black Widow. 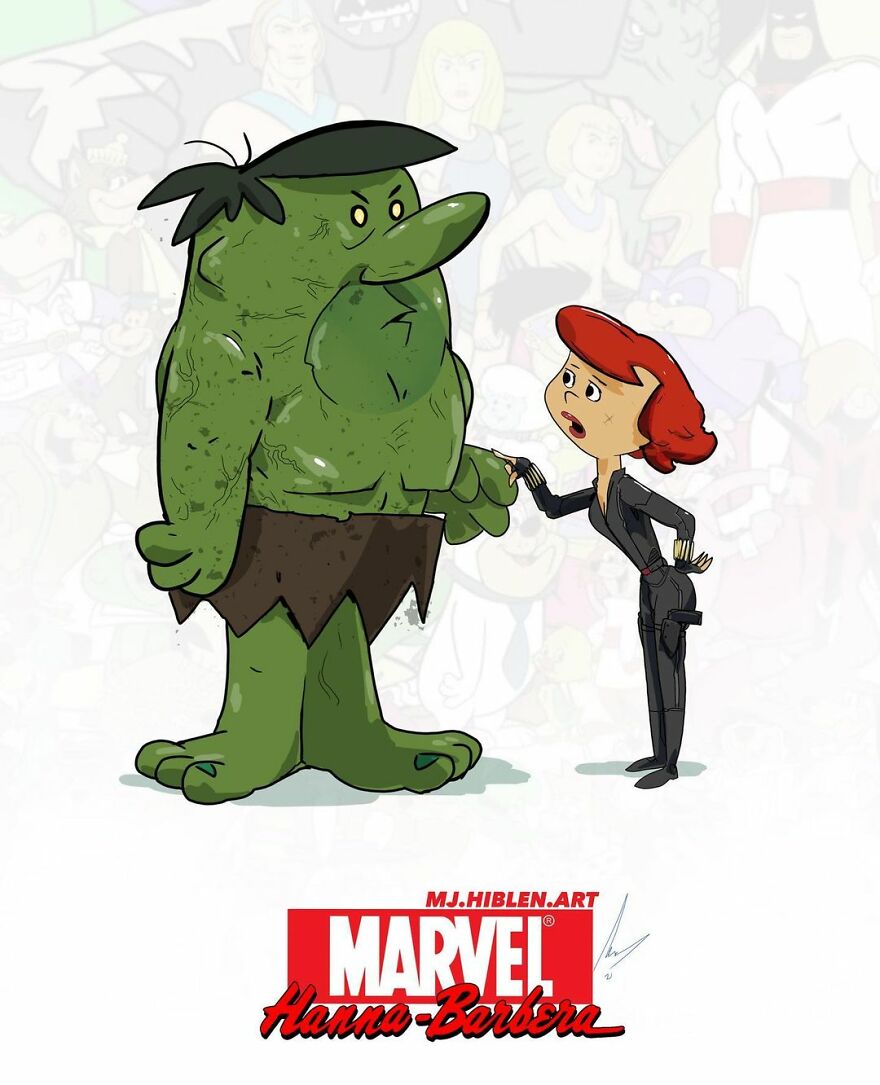 This Hulk won’t be able to control his anger no matter what.

#3 The Jetsons as Guardians Of The Galaxy 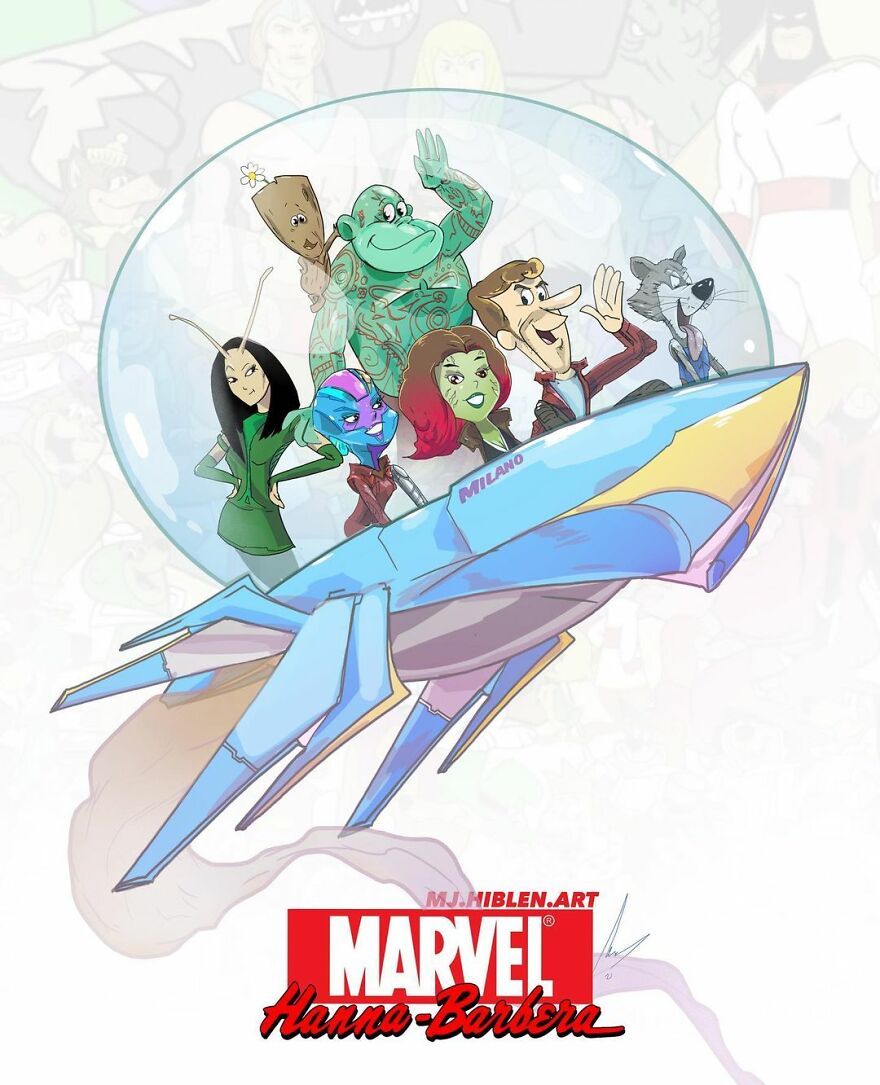 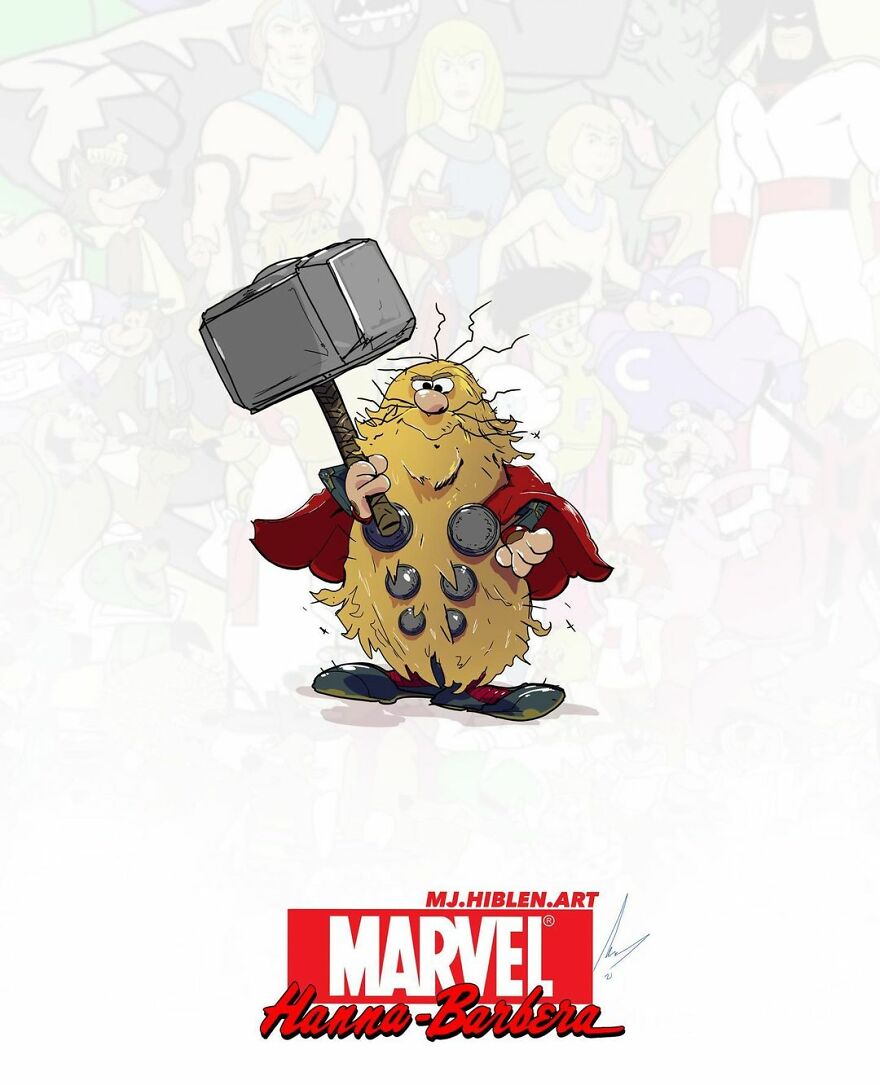 #5 Dick Dastardly and Muttley as Thanos and Loki. 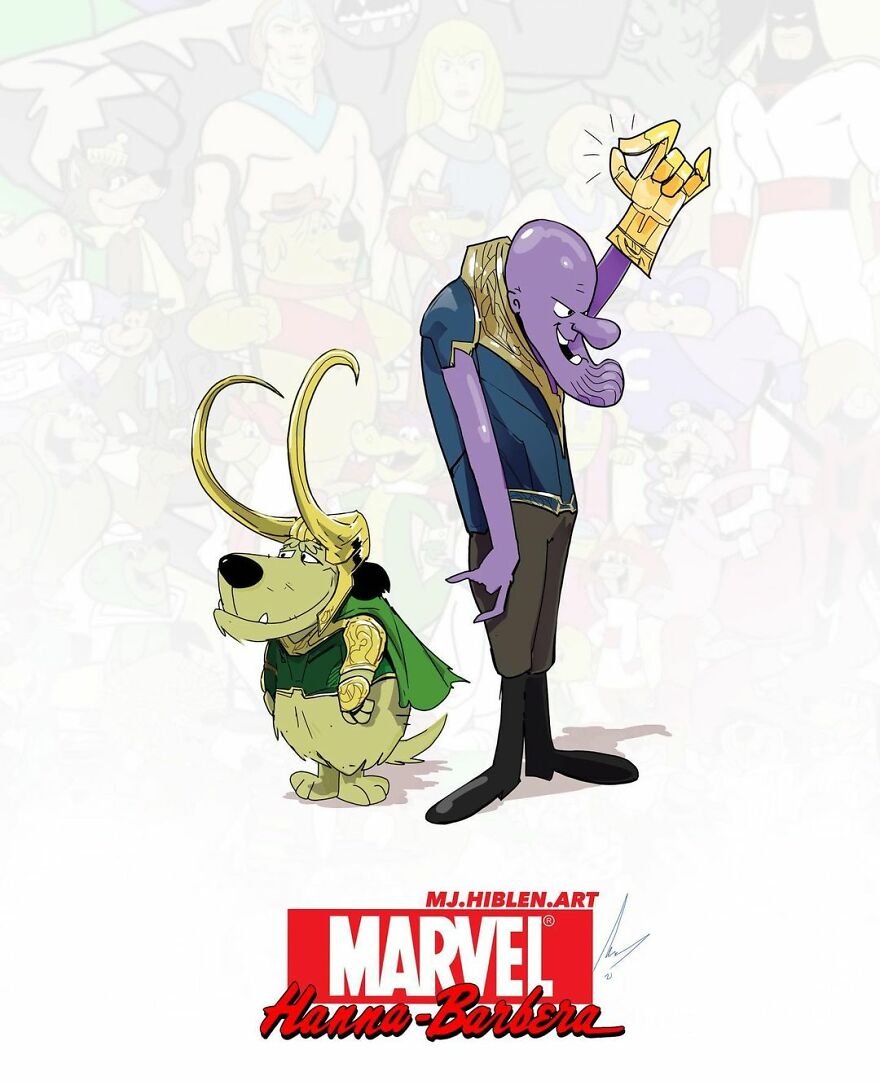 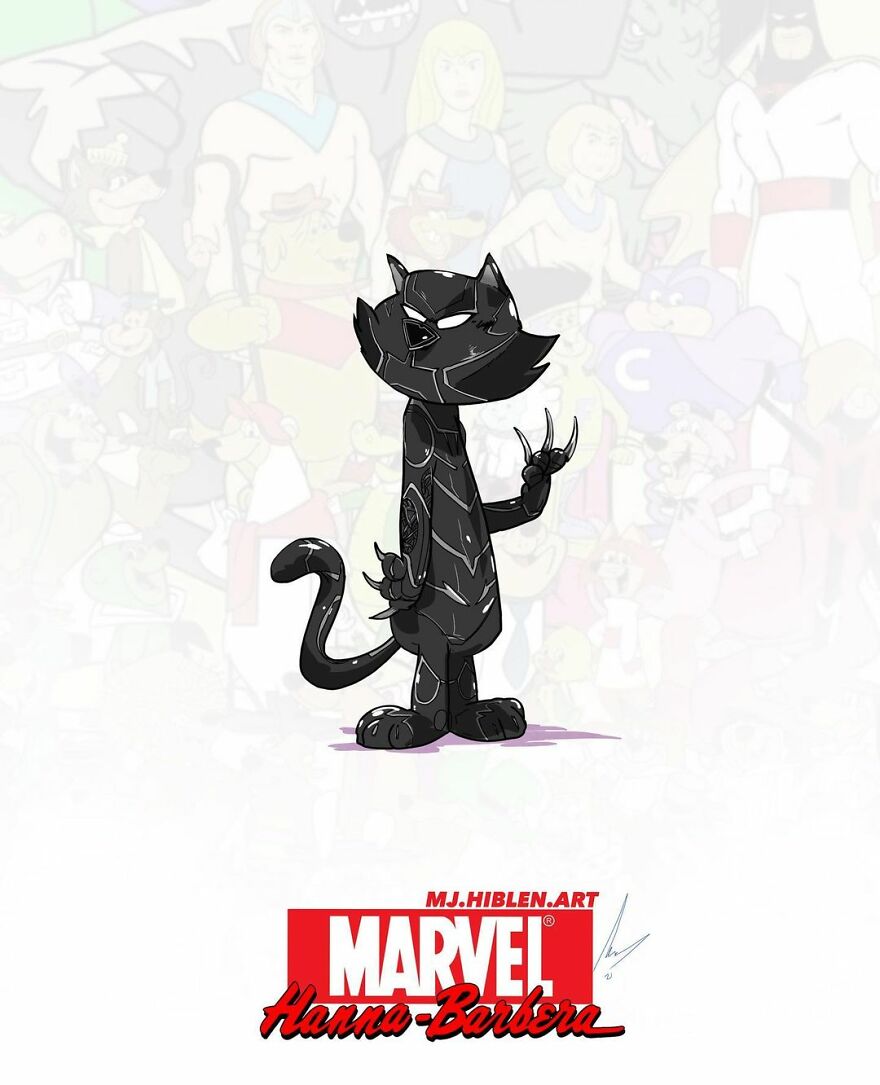 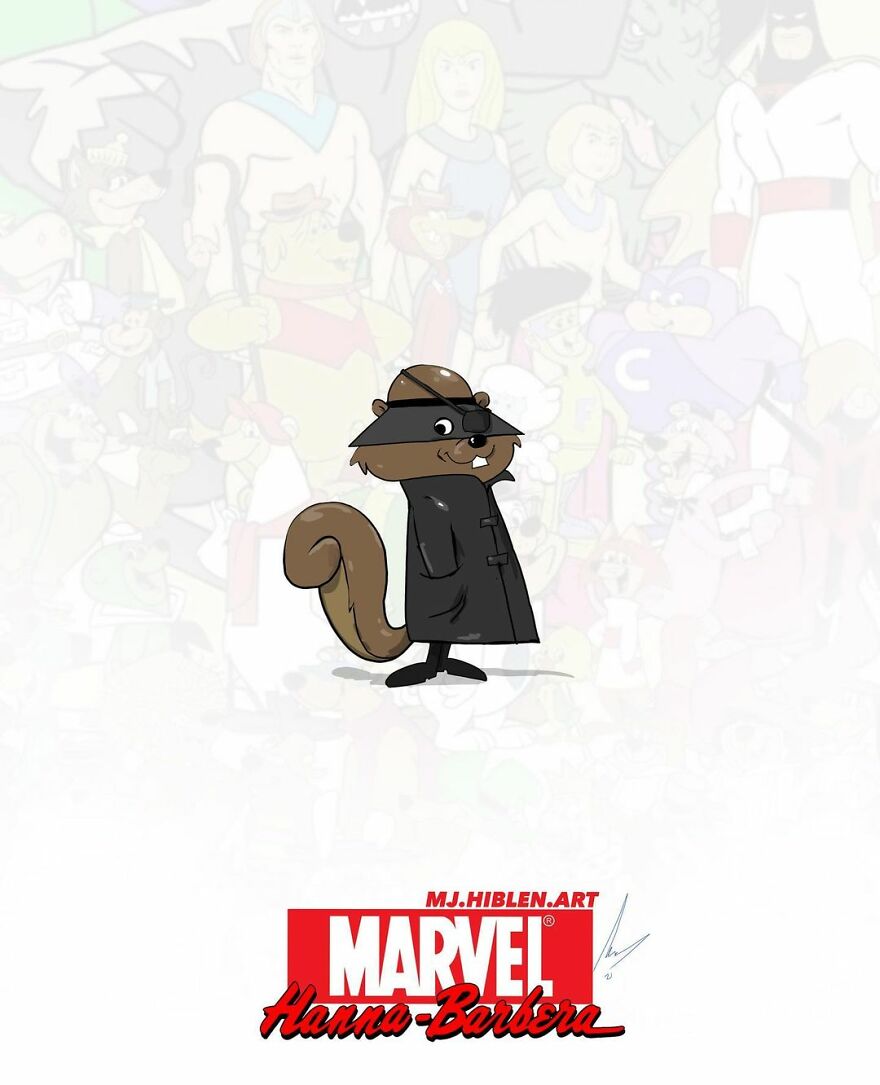 #8 Yogi and Boo-Boo as Iron Man and Spider-Man. 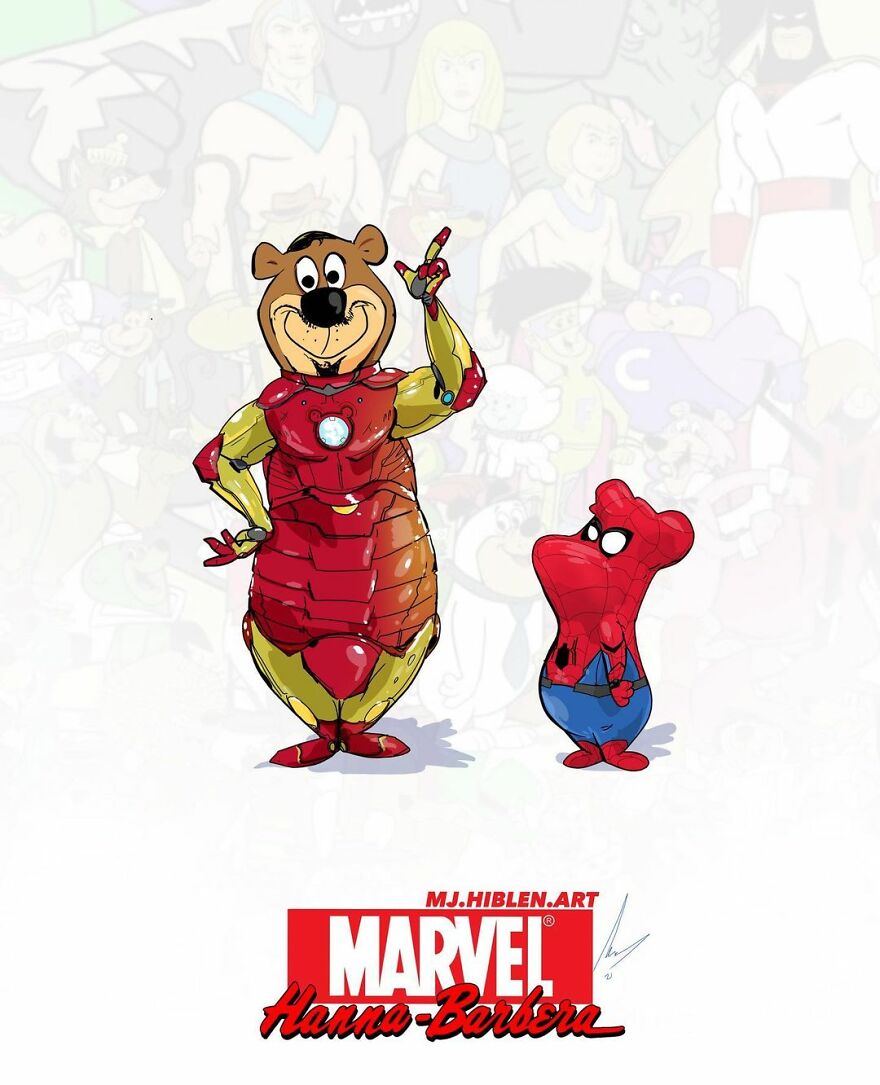 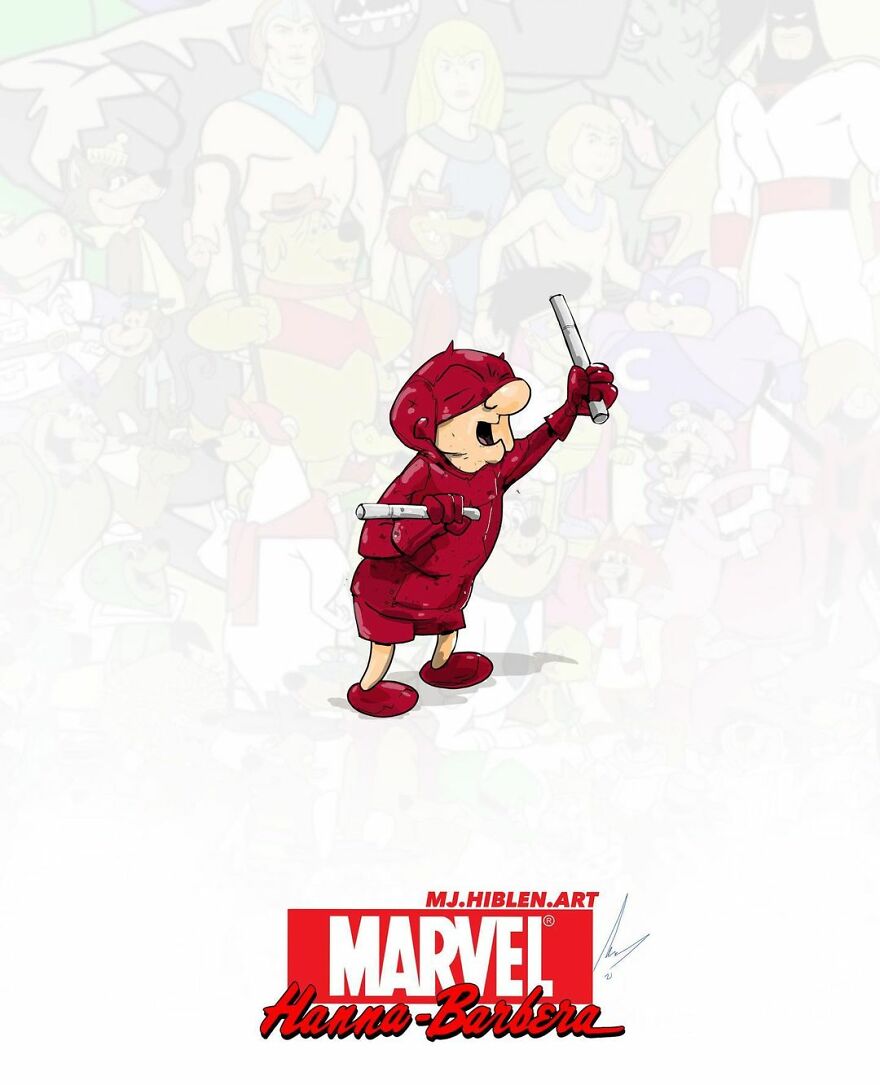 I would love to see Mr Morris fighting. 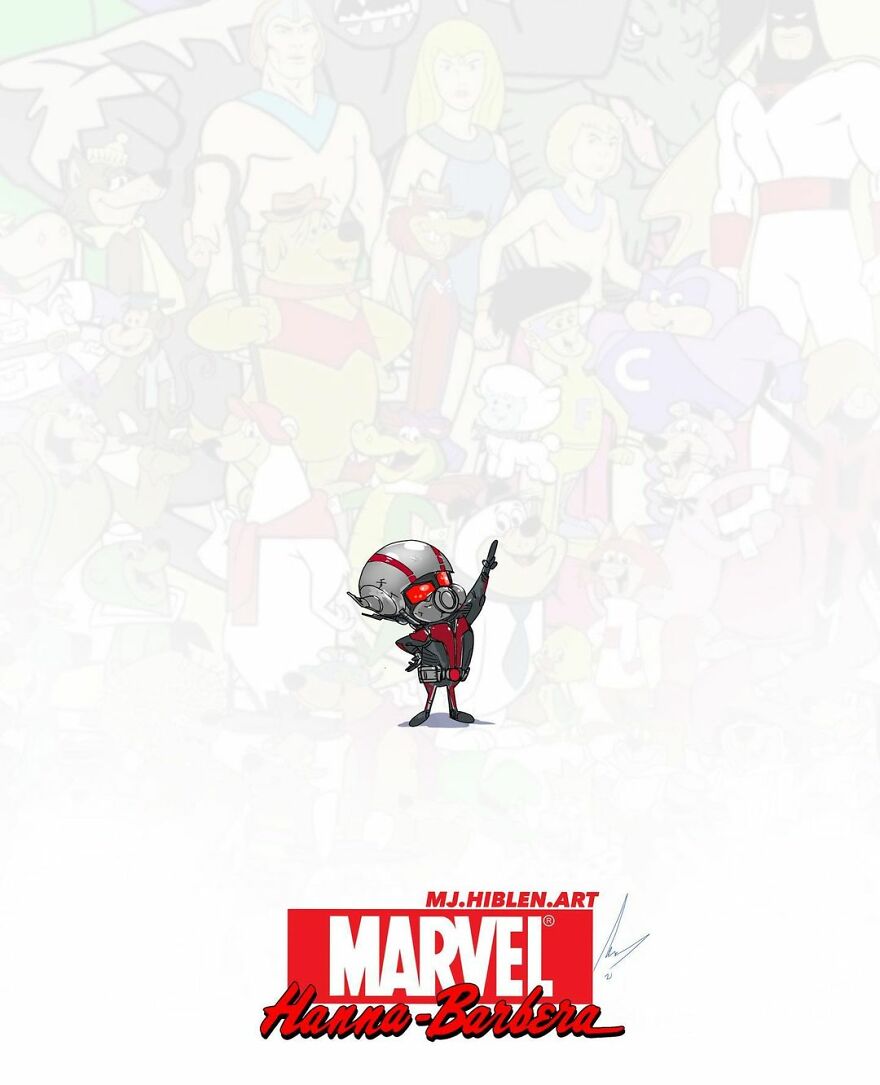 A lot of my spare time work to keep my followers entertained usually involves a mash-up of popular genres. I think this one was one I had planned for a few weeks. My love of the MCU and childhood memories of Captain Caveman were a bit too tempting to create.

#11 Fred and Wilma Flintstones as Vision and Wanda Maximoff. 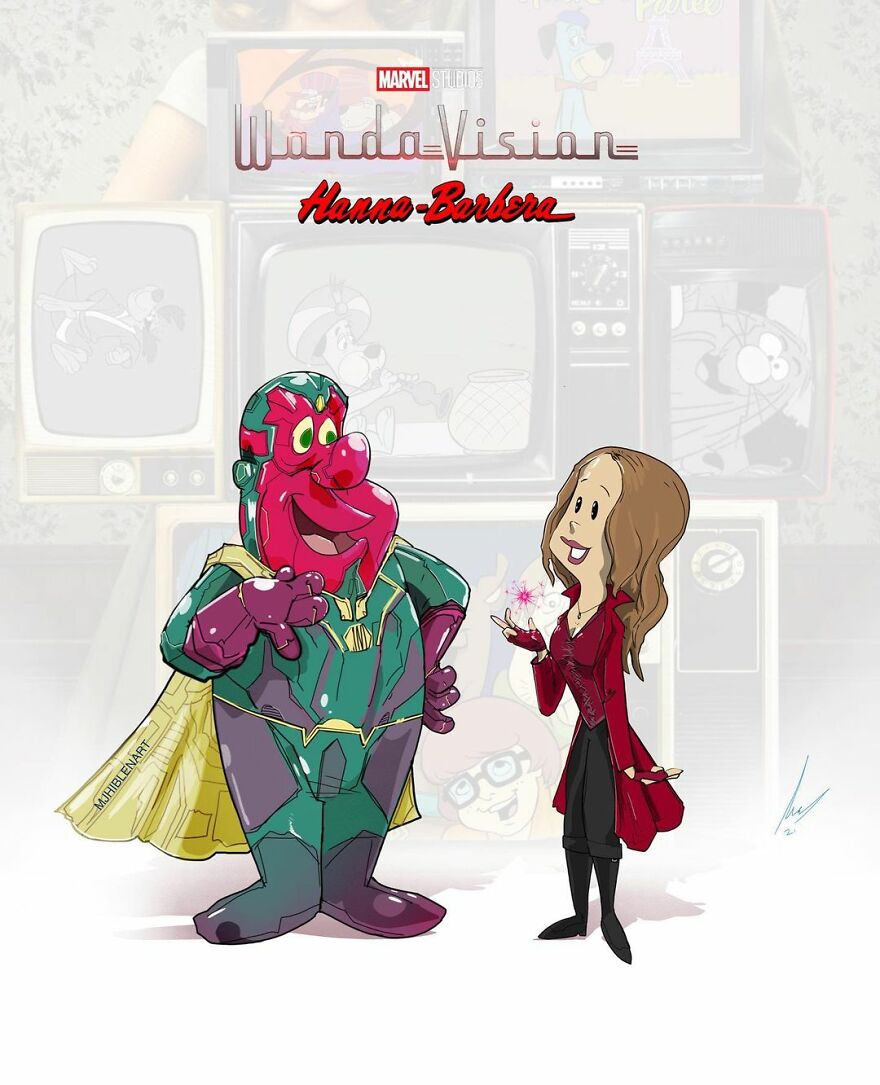 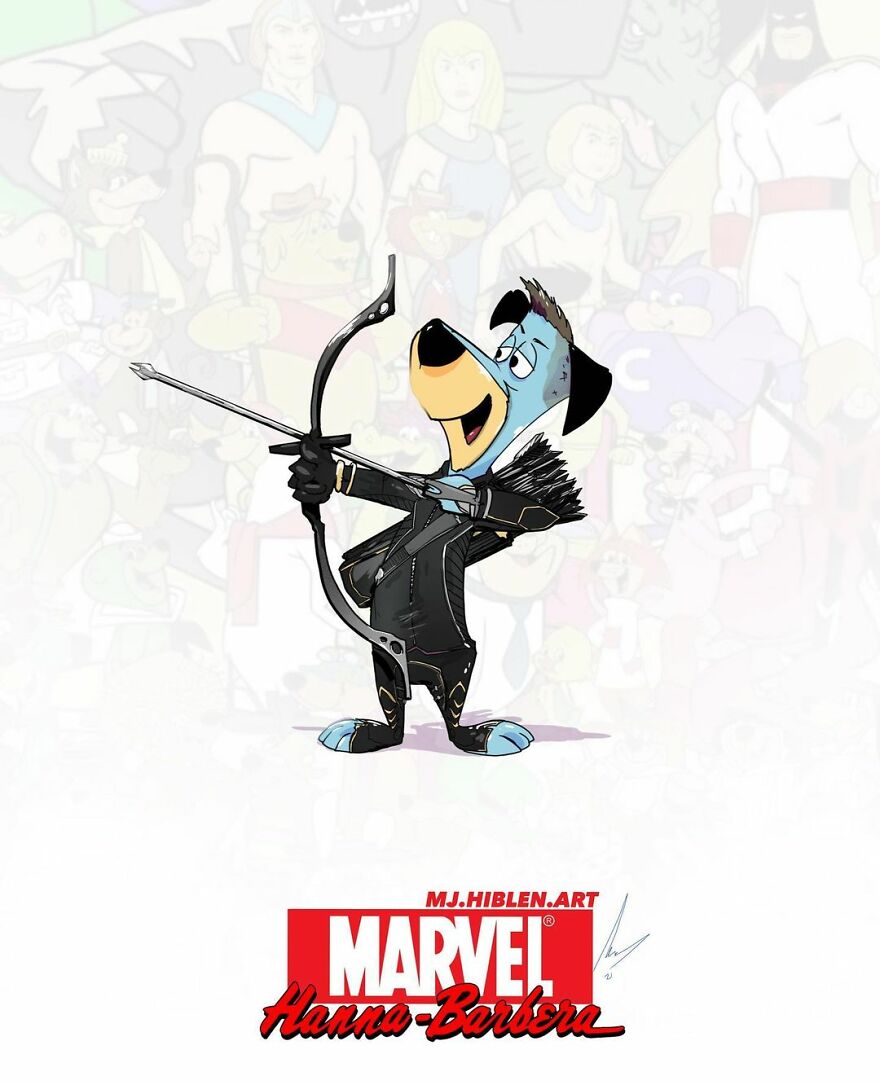 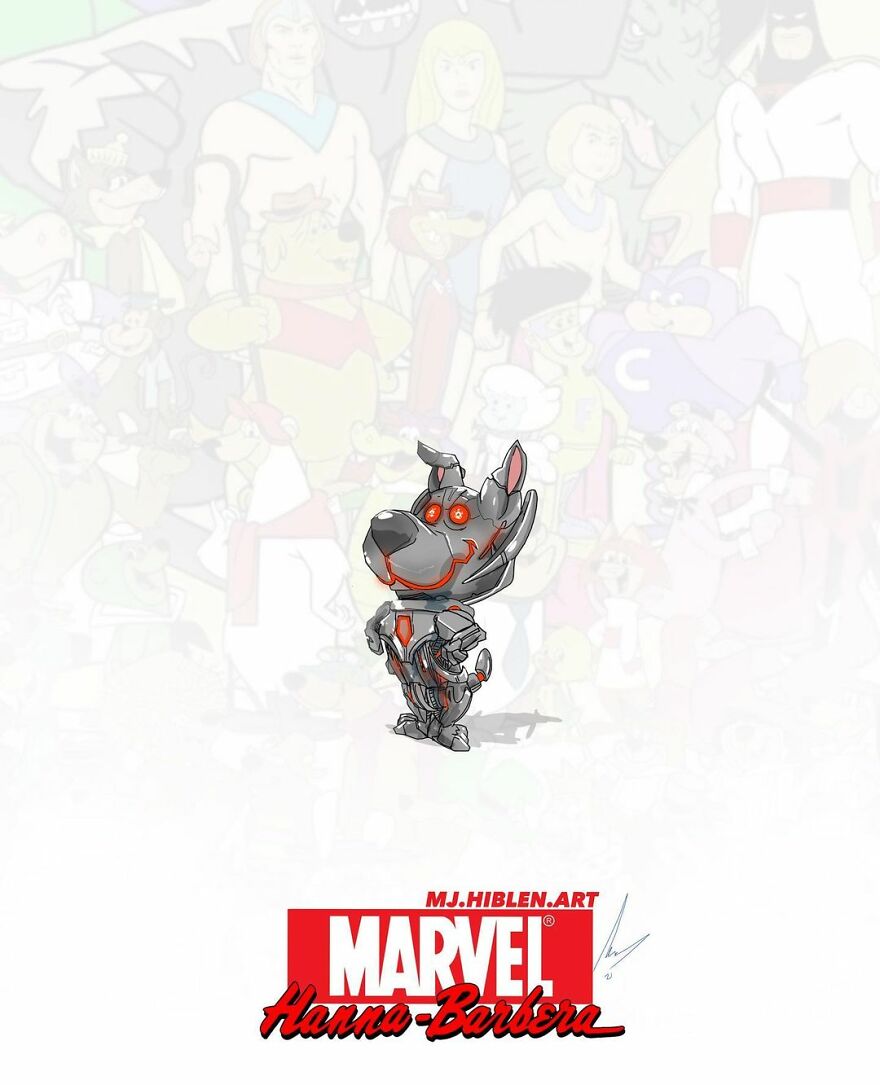 I don’t know about you but I would love to see these cartoon characters as superheroes. I mean can you imagine a whole cast crossover of both these universes? It would definitely be bigger than even the endgame and that is not a joke. Sure, not everyone may be a big fan of this idea but it sounds like a good business decision to me. Just imagine Scrappy-Doo as Ultron? Won’t he be the most annoying villain here?

#14 Snagglepuss and Benny The Ball as Doctor Strange and Wong. 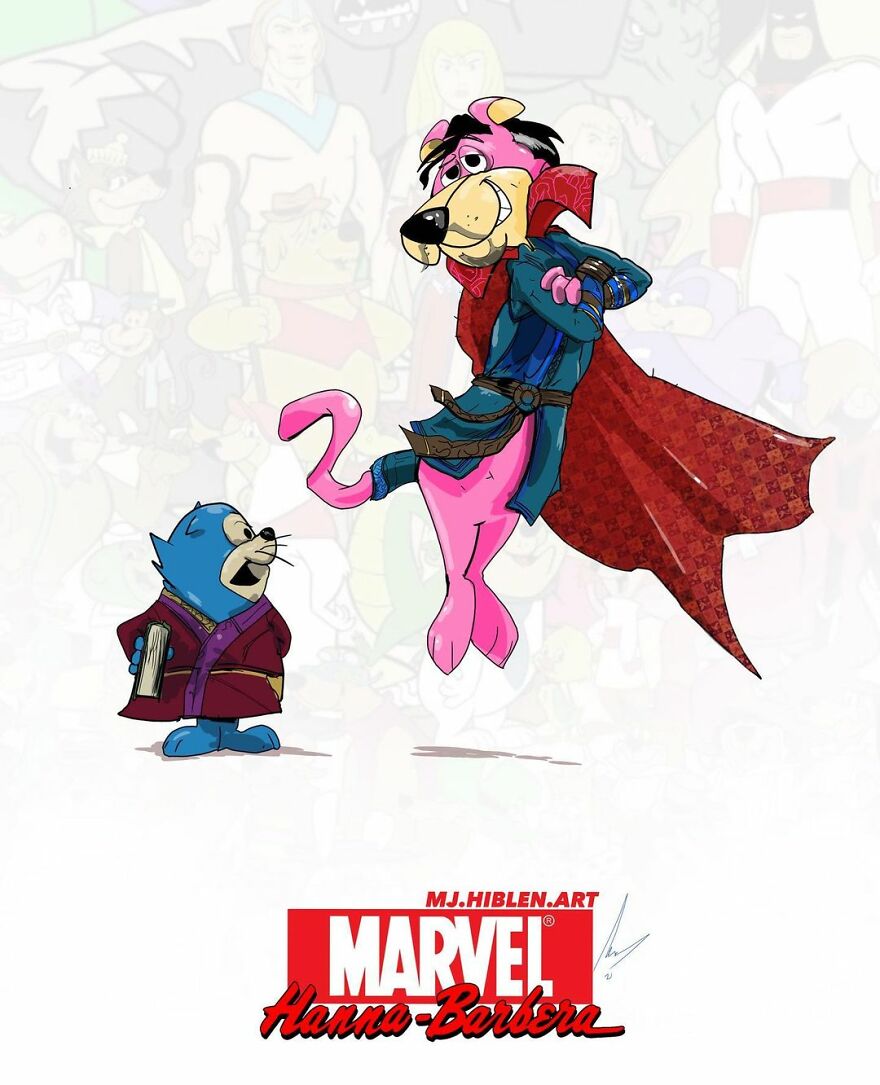 #15 Quick Draw Mcgraw as The Punisher. 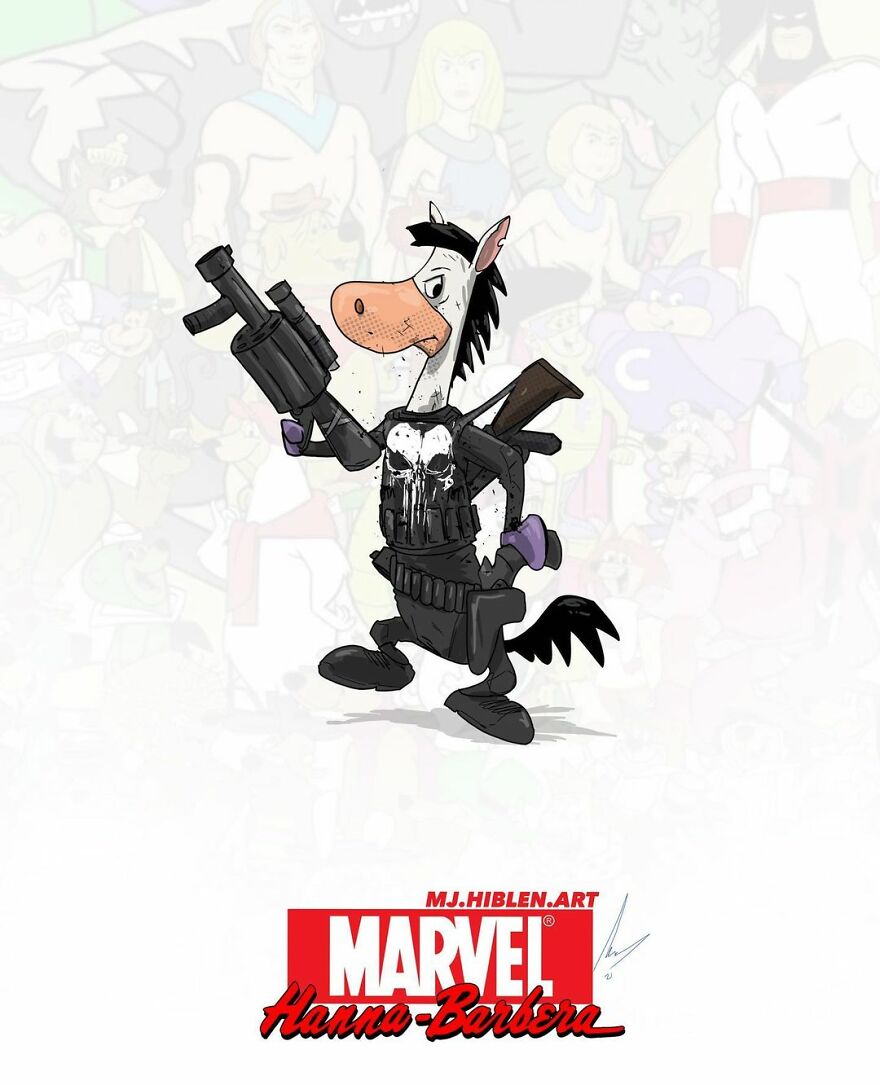 #16 Penelope Pitstop and Spot as Captain Marvel and Goose. 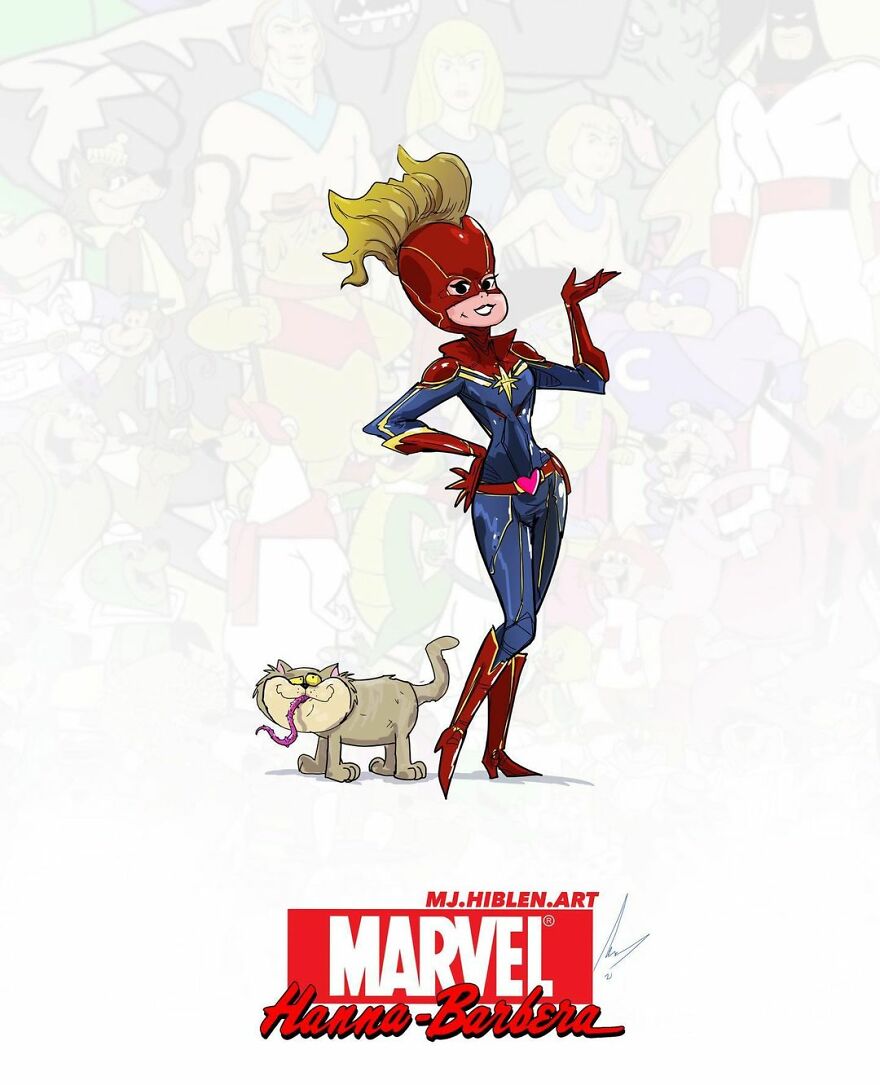 Loving the Mohawk on Penelope. 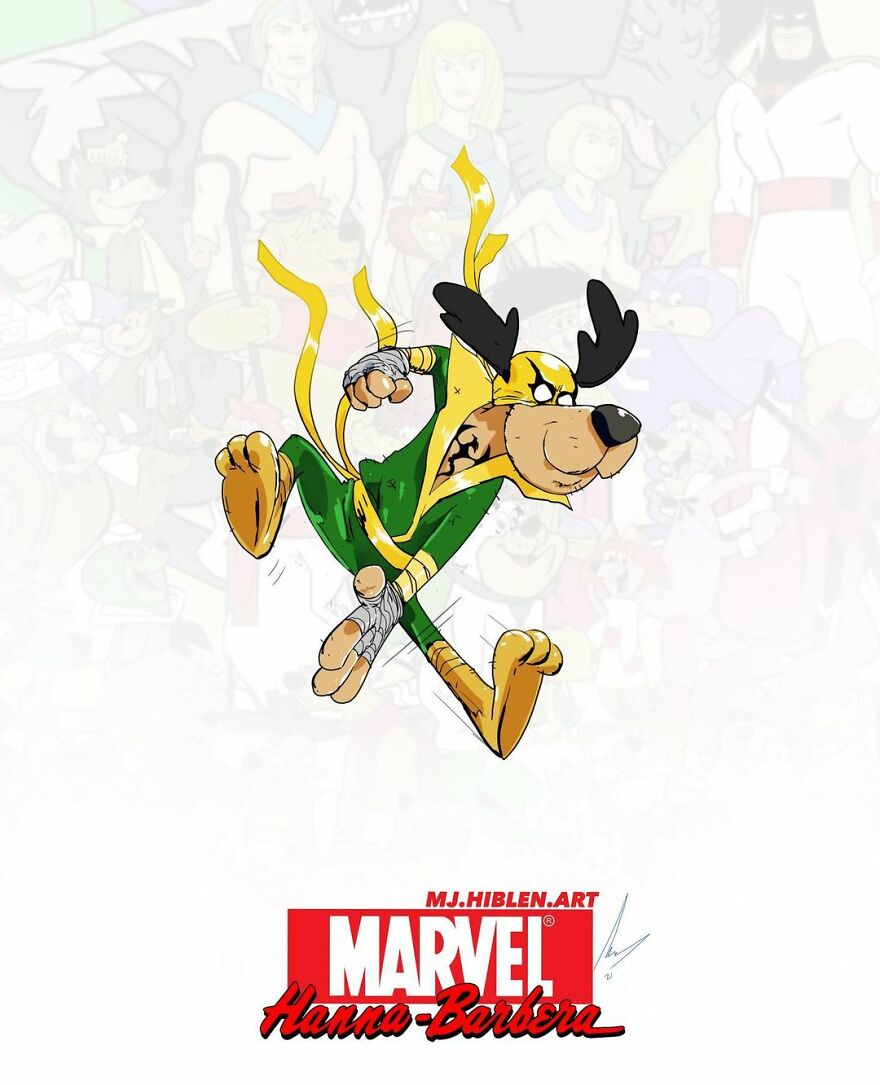 What did you think of these superheroes and cartoon cross over? Let us know in the comments below.