We can only imagine what animals go through on the streets and in shelters.

Every animal deserves to have a forever home. They deserve to be loved and cared for. Animals that are taken in shelters have usually gone through a lot. Some of them have been abandoned, some of them were found sick or injured and needed help, some were too young to be out in the streets alone. This is why we always encourage people to adopt instead of shop. There are so many animals in shelters that are waiting for someone to take them in their home. These sweet babies know the value of having a family and will give you unconditional love if you accept them in your home. They could not ask for anything more. There are a lot of sad stories in shelters, mostly because some animals spend most of their lives there if they are not adopted. A white kitty named Champas also had a sad beginning to his story, but after 436 days in the shelter, he was finally adopted! 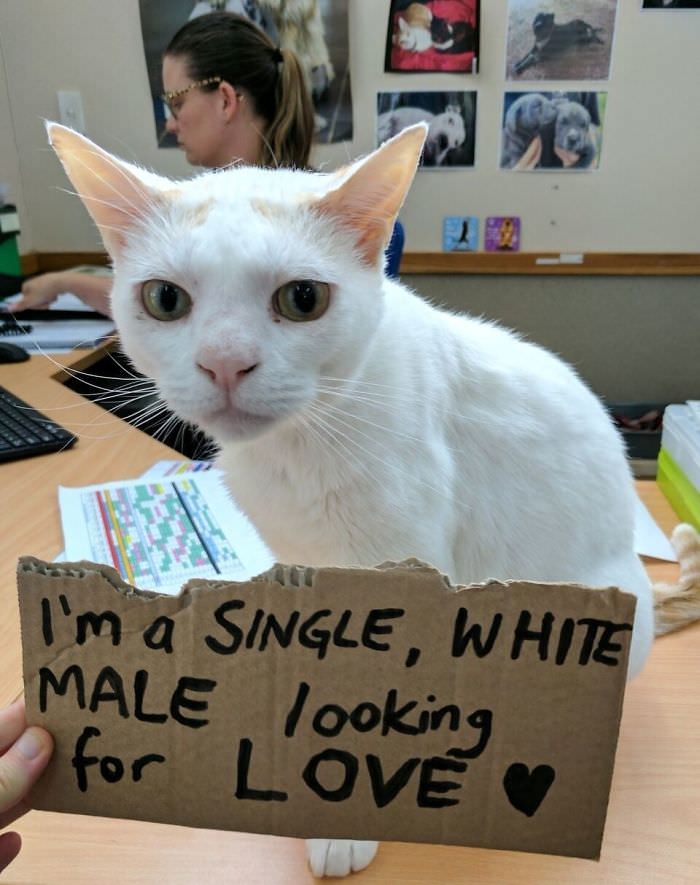 Champas was living in the Animal Welfare League shelter in Australia in 2015. He was known to have a very shy personality and rarely interacted with people. He would spend most of his time isolated, which is how a lot of animals behave in shelters. 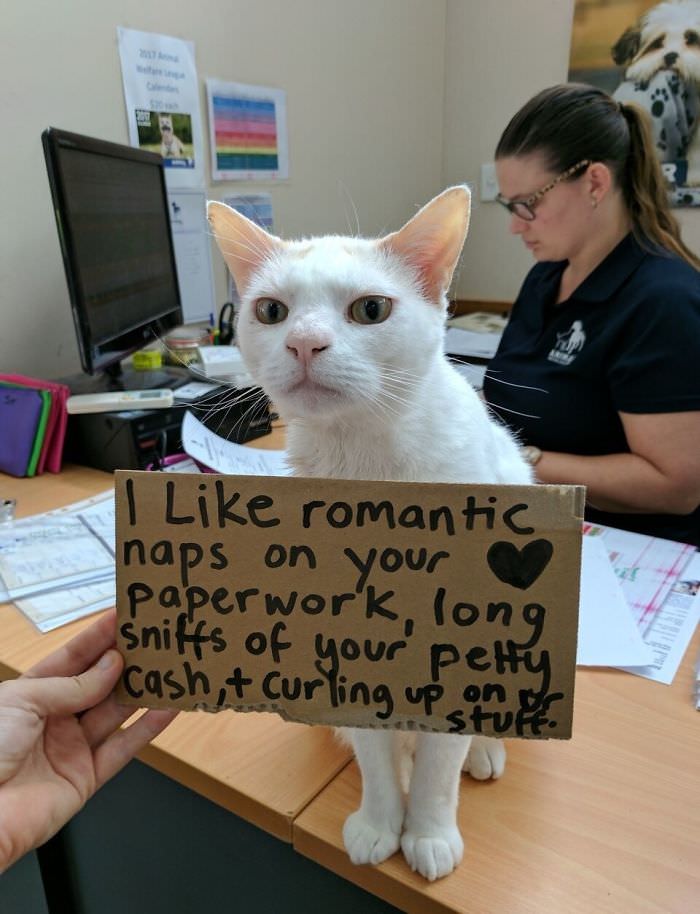 To make Champas more comfortable around people, the staff members decided to make him “feline receptionist” so he would start interacting more with others and become more social. 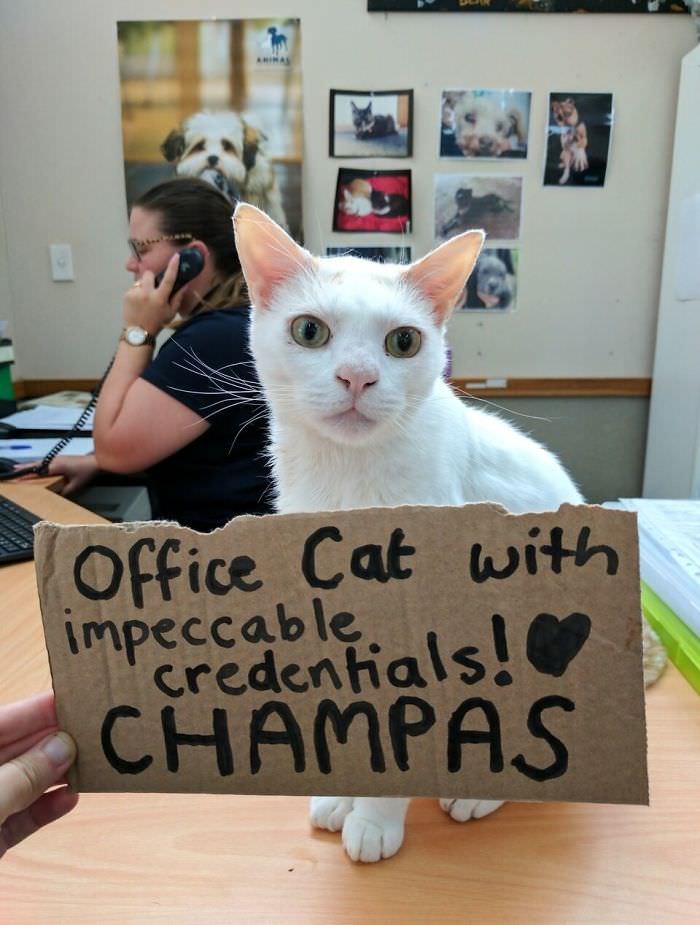 The plan actually worked and Champas started getting along with humans and became much friendlier. This encouraged the staff to start an ad campaign for him. 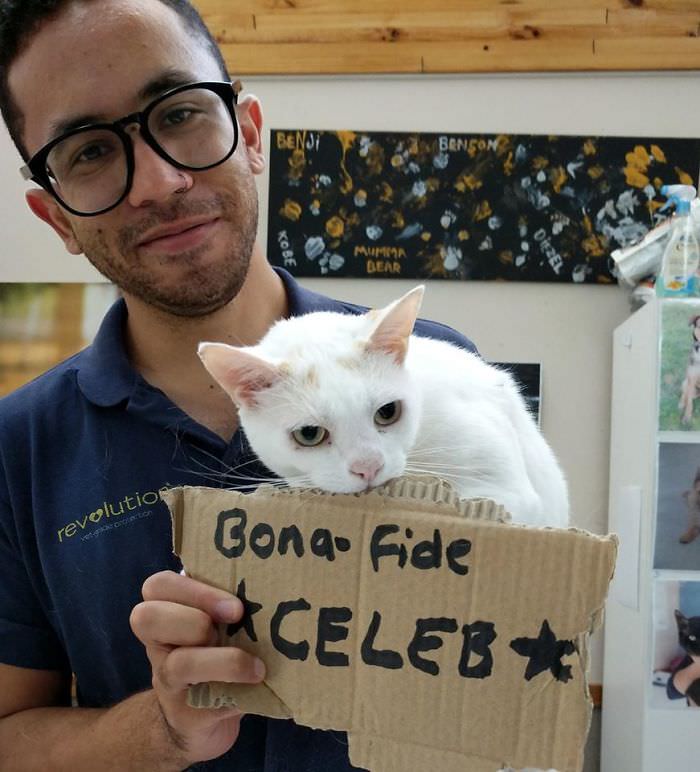 They made a dating profile for Champas!

He even has some work experience so that is a plus point.

Just look at the adorable baby getting along with others now! 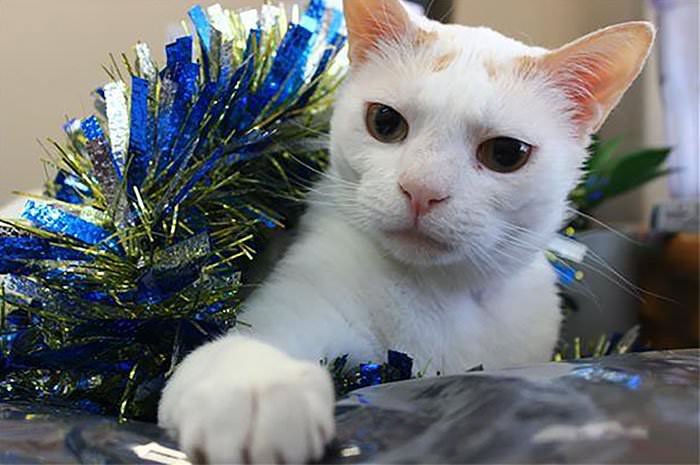 He also likes to celebrate festivities. 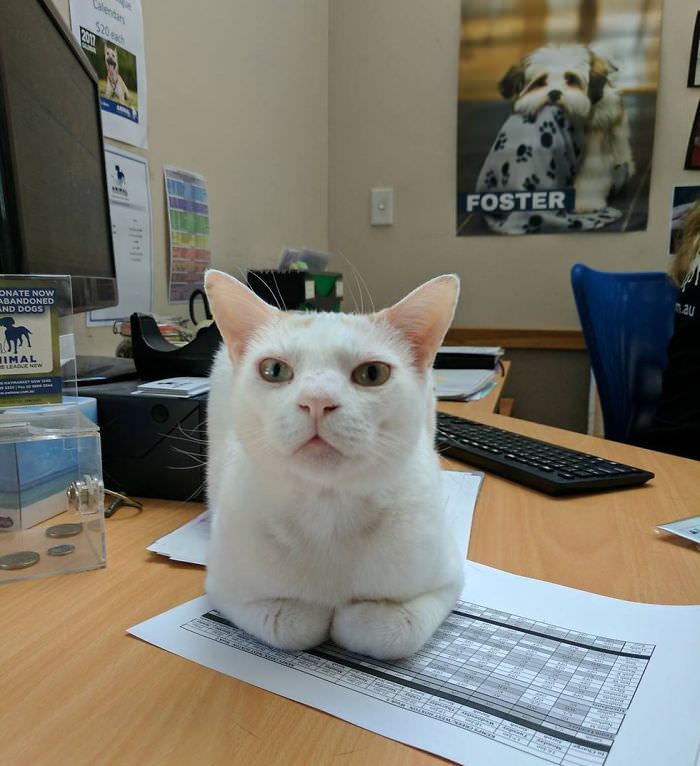 “To everyone who is wondering what happened to Champas the long term resident of Kemps Creek – he came home with me today, and after biting my hand, went straight to sleep,” 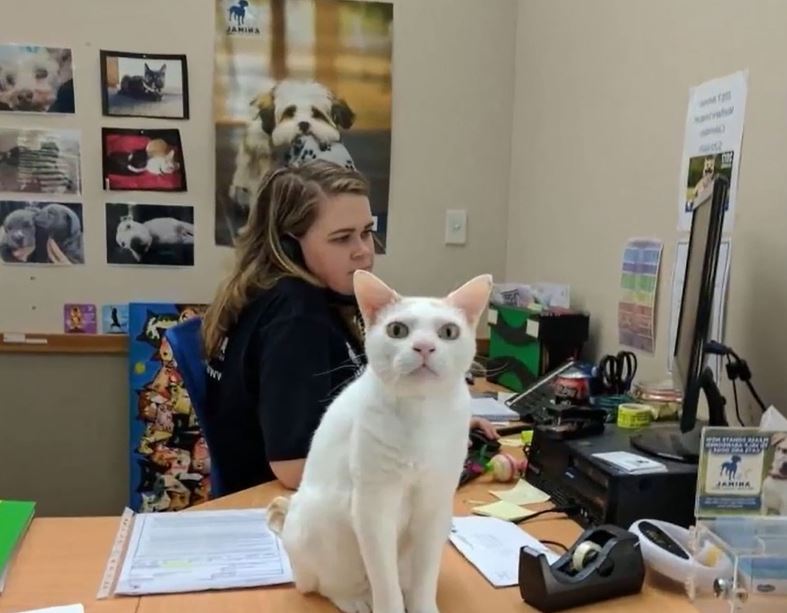 Wasn’t this story heart warming? We are glad Champas finally has a new place to call home!