Cats have quirky and adventurous nature. They always keep on doing new things. Disappearing from home for days is one of those things that all cats in the world have had a try at least once. Disappearing from home can be due to various reasons. Cats missing can be due to hunting or exploring nearby areas. Sometimes, when they are on heat, they can go missing to find a mate and later return when the cycle has ended. Other times, when the cats are feeling unwell, they can get away from the house and go somewhere else where they find comfort and solace; cats also need space and isolation. The funny thing is that you will find them at the weirdest places after going missing. they can be hiding in the neighbor’s garage, or you may find them in the nearest park. Sometimes, a stranger will be returning your cat to you. After all, they are cats, and they come with adventures and fun. Down below is this story of a cat owner who returned to him after three days with a note. The story is hilarious and you will not want to miss it. So read till the end.

The cat owner was worried as his cat went missing in Thailand, he did not know of her whereabouts. The owner kept finding the cat for three days but could not get a clue. Surprisingly, one day, the cat returned to his place and a note was attached to her. It was from the person whom the cat had been with for the past three days. 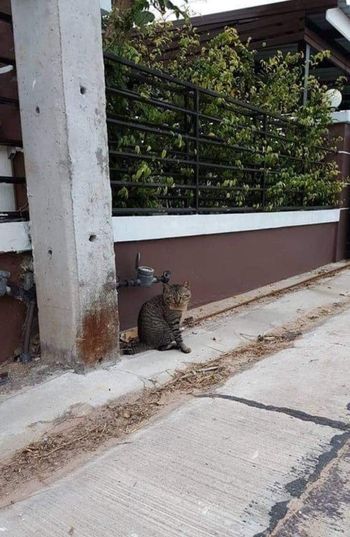 The owner thought that the note would be some friendly or cute message attached to his cat’s collar. But to his surprise, it was not a cheesy phrase at all. The cat had been visiting a fish vendor and the note was not a heartwarming message, it was a bill for the owner to pay. 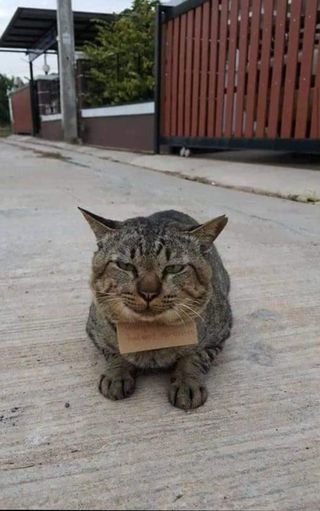 Things took a hilarious turn at this point, the note read that your cat kept staring at the mackerels at my stall. I gave him three of them so here’s the bill. Down below on the note, the vendor attached his number so that the owner could find him and pay him the debt which his loving cat made him fall into. It is funny how the owner posted these pictures with the caption, “Gone three days and back with debts.” 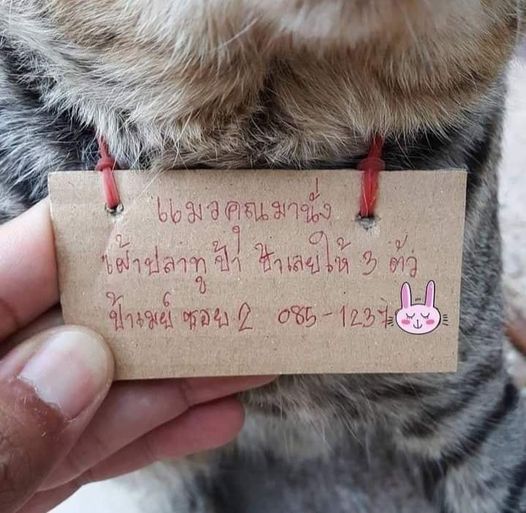 We hope you enjoyed this content and laughed off your worries due to this hilarious cat missing story. It’s true that many of the cats as pets really cause a toll on the owners, I guess. It’s in animals’ nature that they keep experimenting with new things. They are like small babies with exploratory nature and you really can not stop them. If you have pets at your home, they must do such hilarious and shameless things too. If you have any such story to share, do share it with us in the comments. If you want more crazy pet content coming your way, keep visiting defused and stay connected for more. Stay blessed.