Cats choose their own destiny.

You might believe in fate, but cats do not. They believe in shaping their own destiny by choosing what they think is right. Cats are the masters of their own lives. Nobody in this world can tell a cat what to do because they will never listen. Cats are independent creatures. They do not like to be treated like a baby. You can not do anything with them against their will. If a cat does not want to be picked up, it will let you know that very violently if you forcefully pick it up. Similarly, a cat will not eat something it does not like. They are very picky. I mean, they were considered as gods at one point in ancient Egypt, so it pretty much makes sense. They walk around like they own the Earth. You can not keep a cat in your house if it does not want to stay there. They go wherever they like and do whatever they want. So if a cat is staying in your house and being affectionate towards you, do not for one minute believe that you chose them. The truth is that they chose you. If a cat chooses you, consider yourself very lucky.

If you do not know what I mean when I say cats choose people, here are some examples of cats choosing their humans. Scroll down below to see them.

“The sweetest stray kitty came to sit on my lap and this is me being very happy about it.” 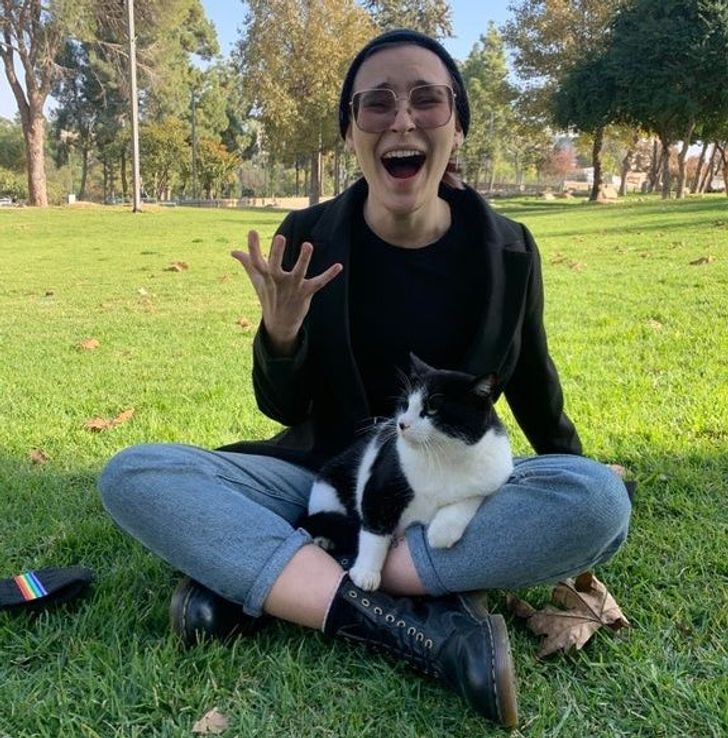 “This random cat came in when I was just getting inside the house, following me up to my apartment. I gave her some milk and now she won’t leave. I guess she’s my cat now.” 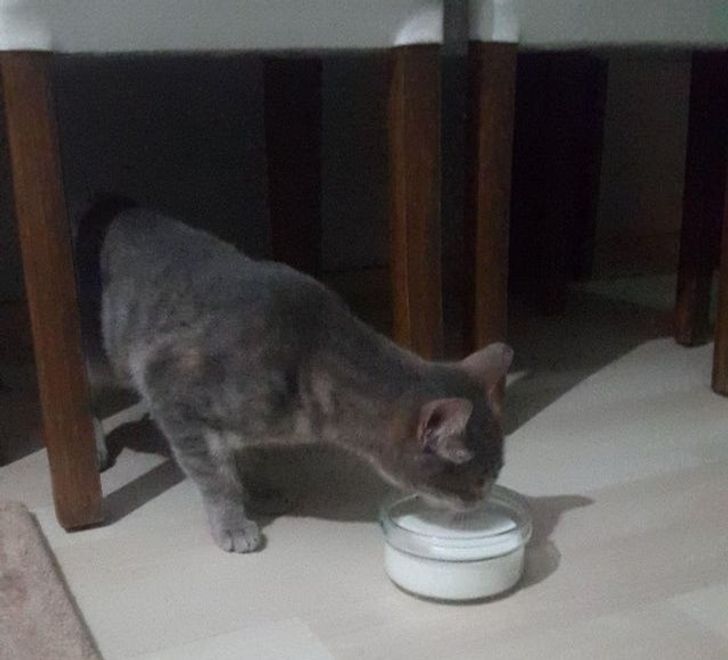 “This little guy just showed up, skinny and covered in fleas and ear mites! But he’s all better now and gaining weight.” 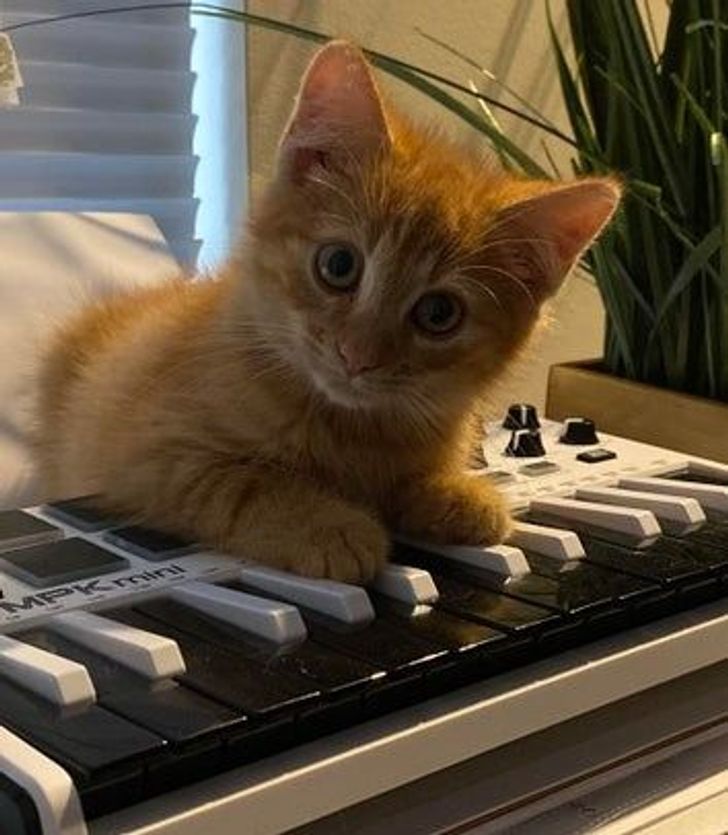 “A throwback to that time a random cat climbed up my leg and onto my shoulder at the bus stop!” 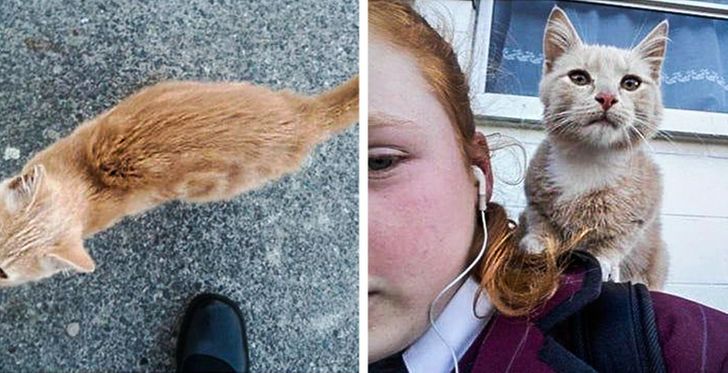 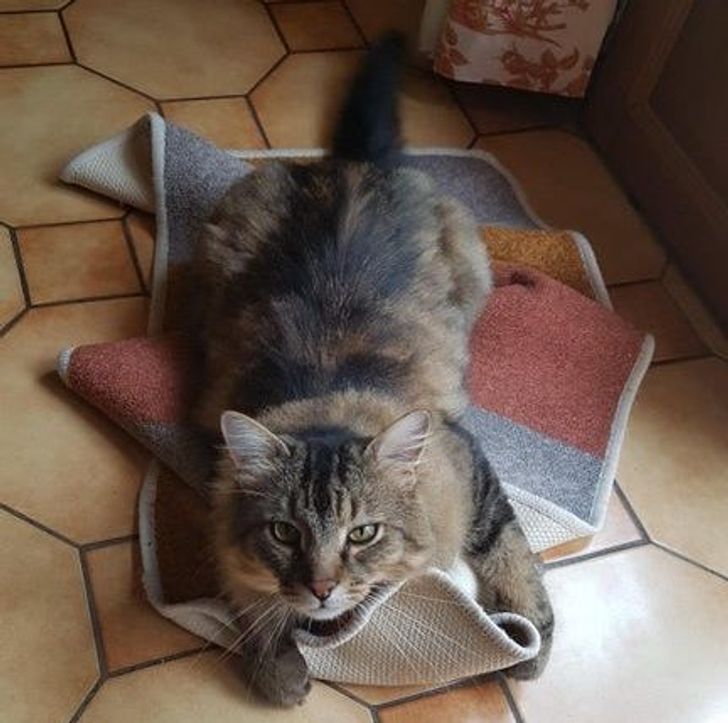 “My parents didn’t want a cat but this stray and her baby decided otherwise. Obviously, my parents now have 2 cats.” 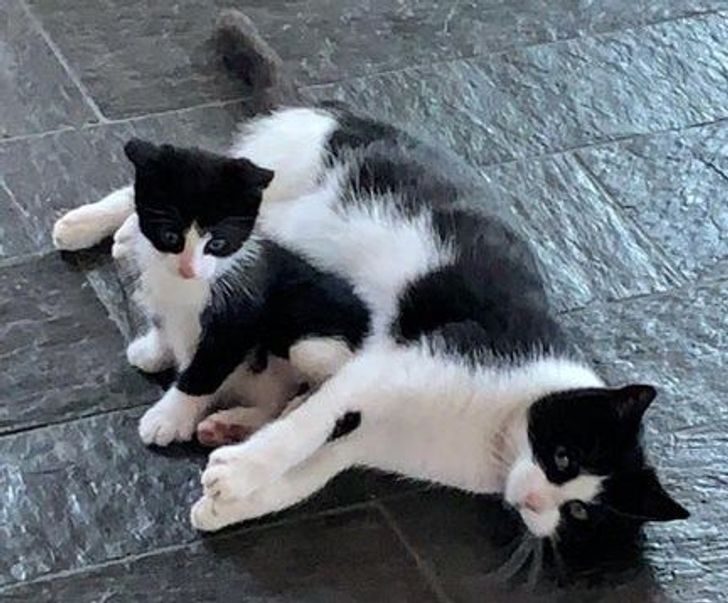 “This little stray cat wandered inside our house last week and made himself at home. We named him Tofu.” 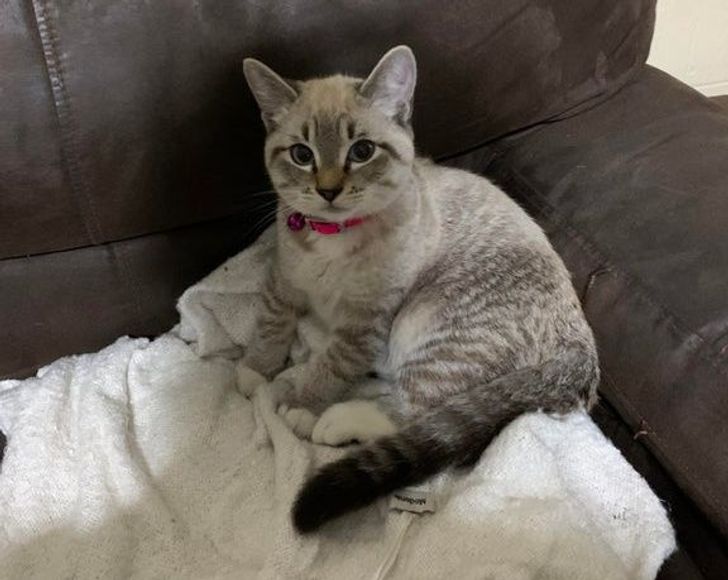 “My grandma found a cat. Looks like she’s from the woods.” 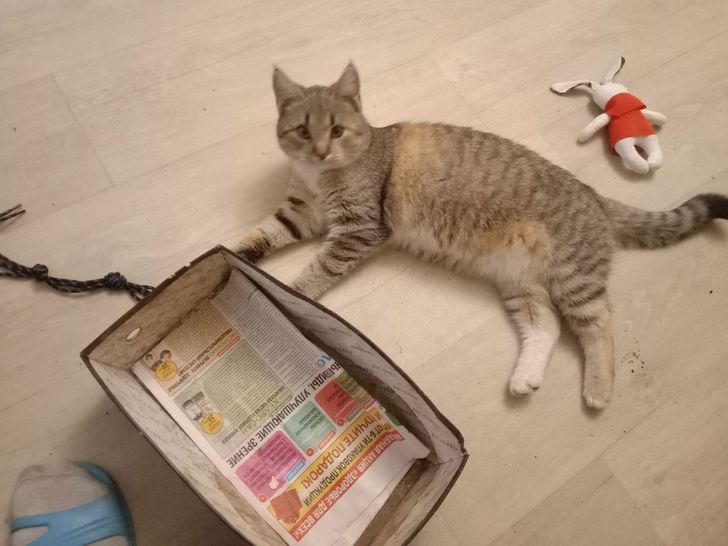 “I lost my white deaf cat after 6 months of living with him (1.5 years old), he found me and adopted me. Today, exactly 1 year after we first met, another white deaf cat ran to me, climbed on my bike, and would not let me go without some love. I do believe in something greater than me now.” 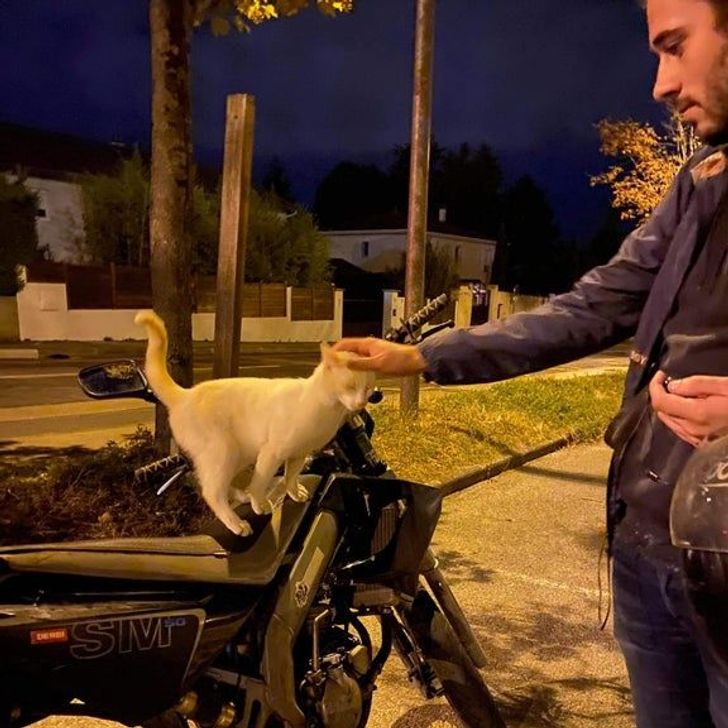 “I tried to talk my husband into getting a second cat. He wasn’t keen on the idea. Then we went camping and this handsome fellow found us and camped with us our entire stay. When the campsite owner said he was a stray and had been hanging around for months, I knew he was coming home with us! Meet Rufus.” 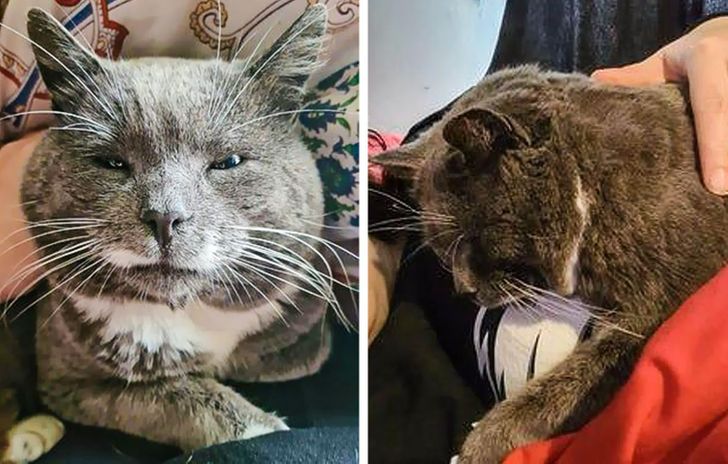 Look at all these wise kitties choosing their forever family. You are really blessed if a cat comes to you and decides to make you their family. A cat can bring a lot of happiness into your life. You will have a buddy by your side at all times and experience the unconditional love that they give to their humans. You will not regret letting them into your house. Scroll down below for more catto stories.

“This kitten showed up in my yard last night when it was cold out. I gave it food, water, and a blanket. It seems quite happy to be here today.” 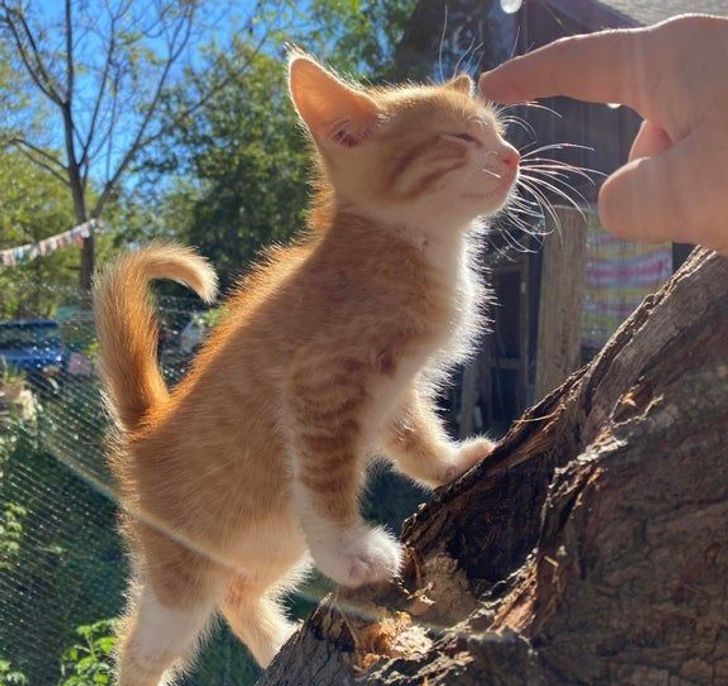 “This cutie came from outside and asked for food. We fed him and he left. The next day, I was going up in the elevator. When the doors opened, I saw him waiting for me. The rest was kind of a blur.” 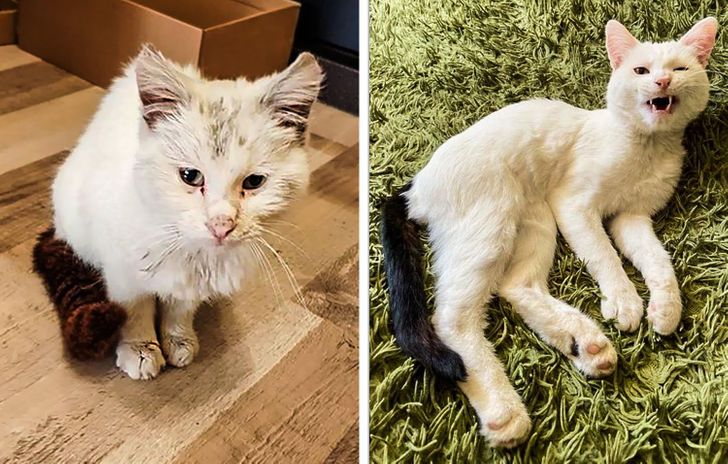 “I found her in France 4 years ago. She was starving so we gave her some food. But she kept coming back every morning so we decided to take her to my home country (the Netherlands).” 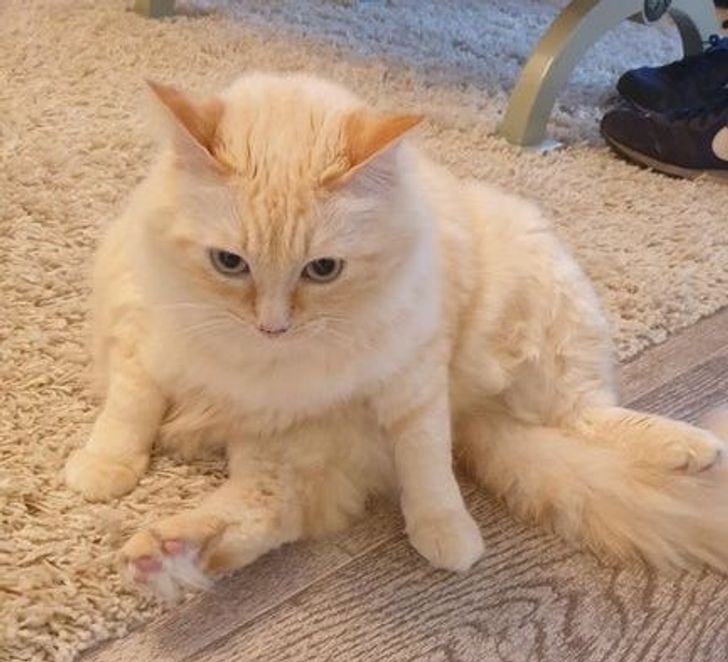 “I work at Starbucks and was taking my lunch. I walked out to my car and this little guy ran up to me, meowing and wanting to be picked up, just a few feet from the door. Eventually, my wife had to come and get him. Guess I have a cat now!” 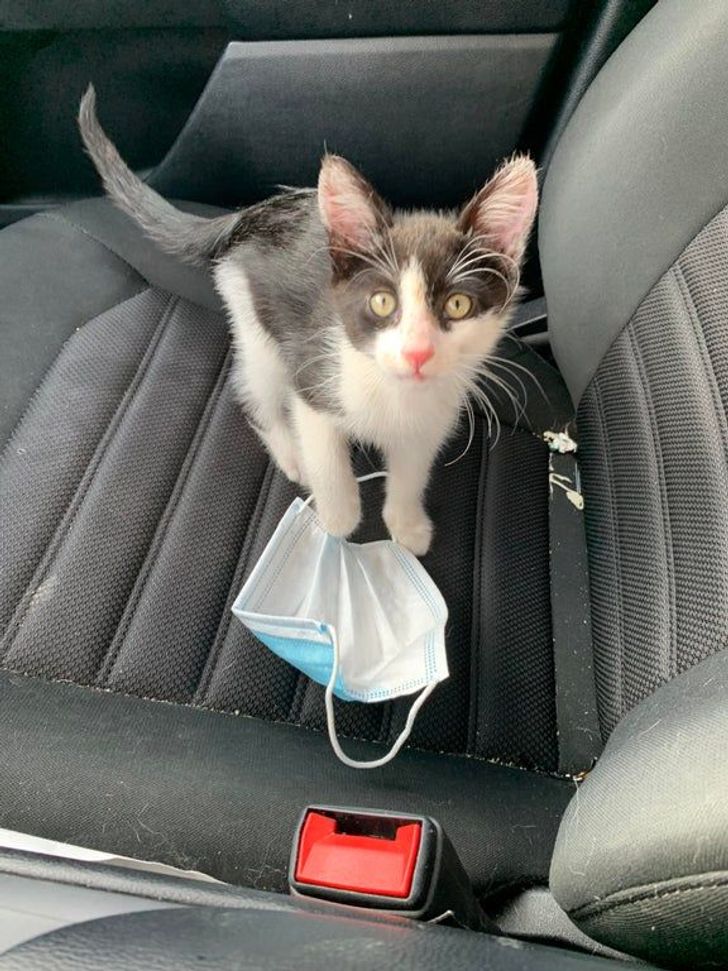 “A stray kitten was keeping me up at night meowing in my crawl space. Today I finally got to meet him.” 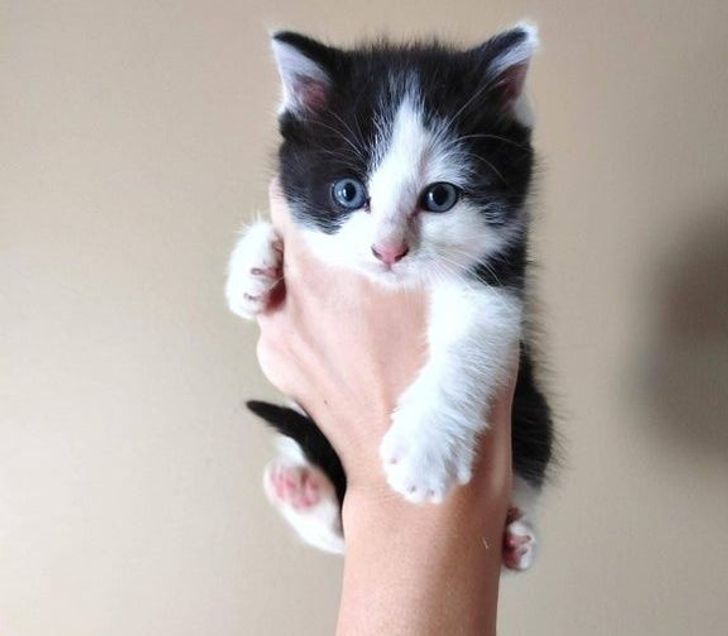 “This feral cat decided to live with us, so I built her a house.” 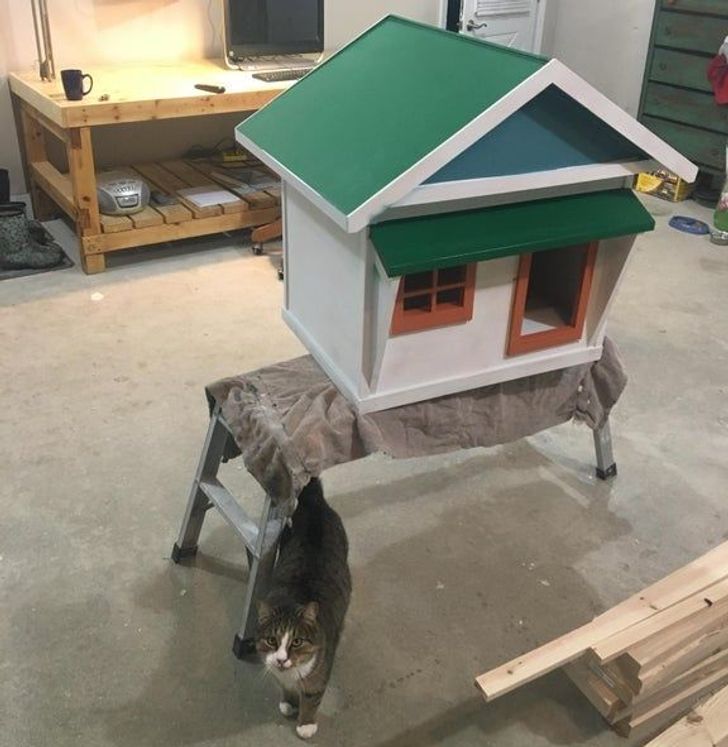 “This is Pusspuss. I do security at stables and live on-site in a trailer, and Pusspuss was a stray who lived here. Today, after 18 months, he sat on my lap for the first time. He adopted us because he’s always hungry.” 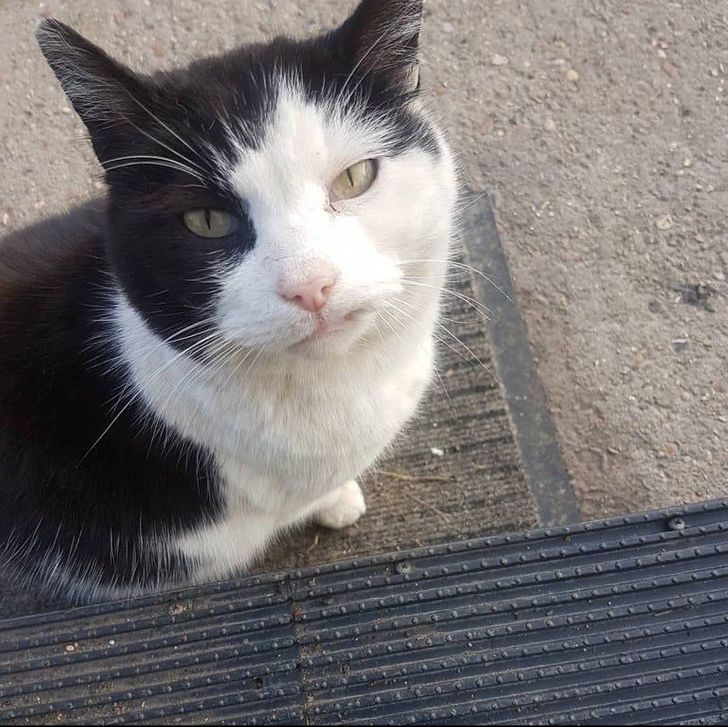 “It was Christmas Eve in 2017 when baby Yeti showed up crying in our backyard. 2 years later, she is still the best ‘present’ Santa has ever brought us.” 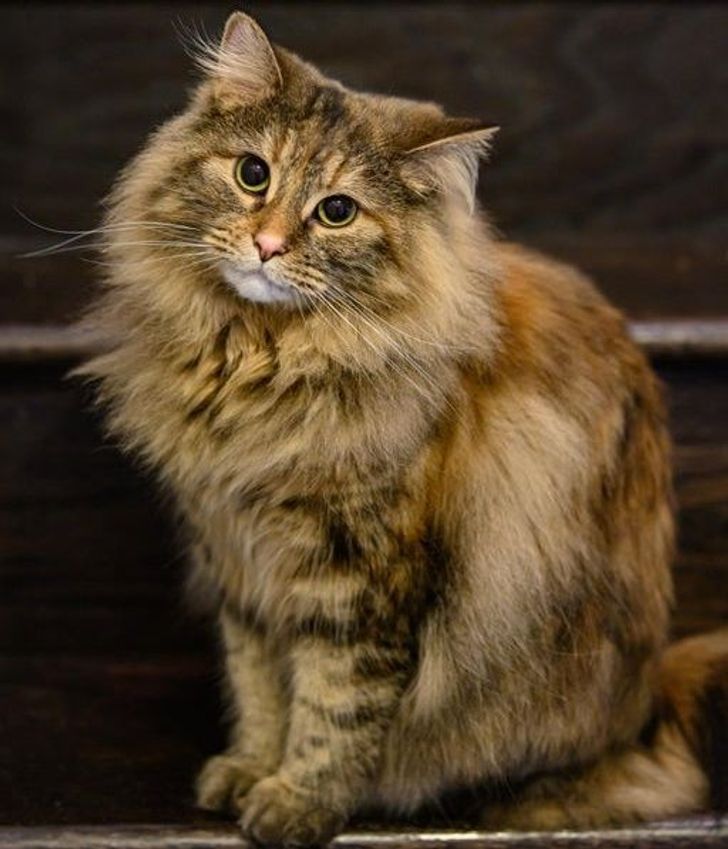 “My son and I have been wanting a cat for years and this one just showed up on our doorstep. It took us about a week of feeding him outside to finally get him inside this morning and I think he’s liking it here. We’re calling him Nugget.” 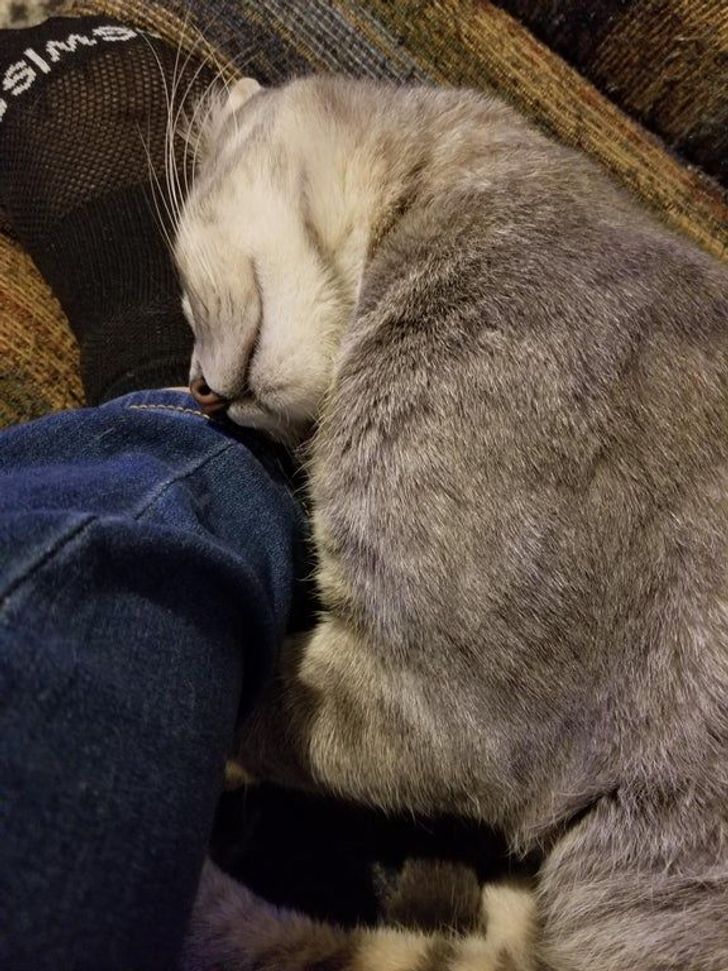 “I was at a Maverick gas station at 3 a.m. on a road trip back from Arizona. He was waiting there for a home. I said, ’Talk to me, Goose.’ As I offered him food, warmth, and my heart, he accepted. Meet my new co-pilot, Goose.” 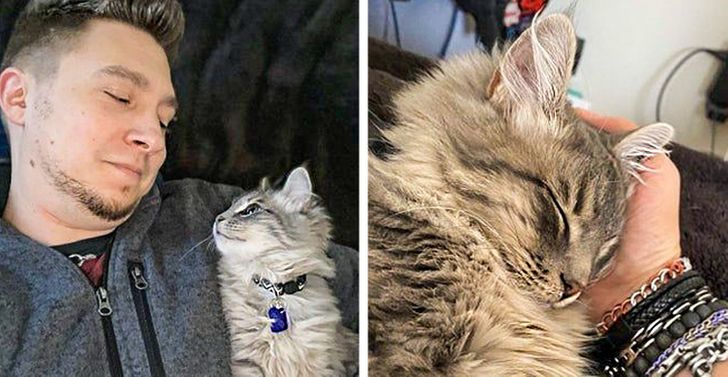 Has a cat ever chosen you? Share your stories with us in the comments below.