Being vegan isn’t a bad thing.

Everyone is allowed to believe in whatever they want as long as it does not harm anyone else. If someone decides to not eat meat or consume products that contribute to the unfair treatment of animals, good on them! They are playing their role in making this world a better place to live in for future generations. If you do not agree with the beliefs of vegans, you don’t have to bash them. Live and let live. However, this applies to vegans as well. If they have a specific lifestyle, they should not impose it on others. It is not easy changing your entire lifestyle for some people and they should not bash anyone if they aren’t able to do so.

However, it is different with animals. Animals can’t turn into vegans. Some animals are pure carnivores and they can’t digest plants or a vegetarian diet. Their bodies are built to consume meat only. So if you switch them to a vegan diet, it will actually be harmful to them. This woman shared her story on Reddit where she refused to change her cat’s diet as per her stepdaughter’s request. Scroll down below to read the details of the story: 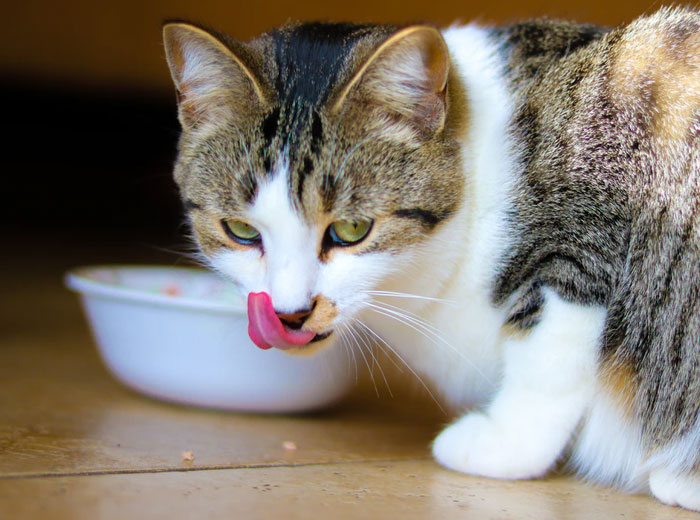 The stepdaughter moved in with her parents because she had been saving up to buy her own home. 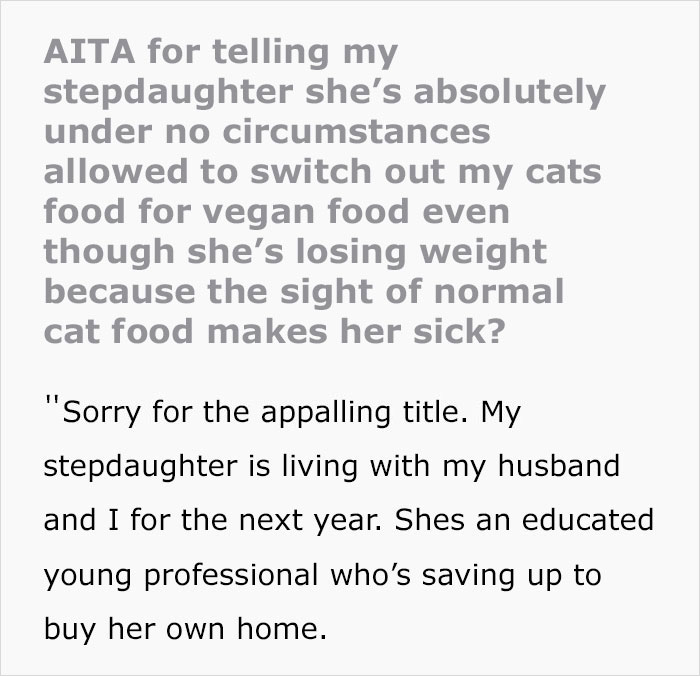 However, she seems to be a very “woke” person as she is very careful about consuming energy and is also vegan. 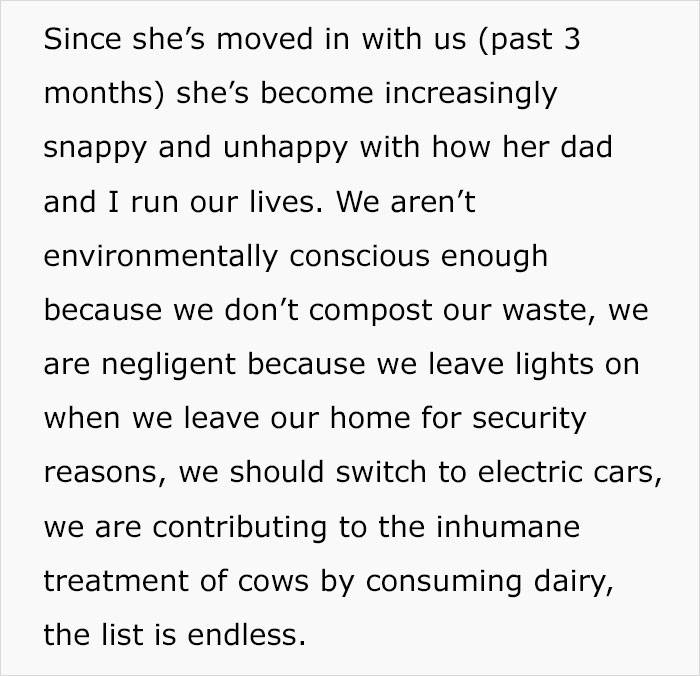 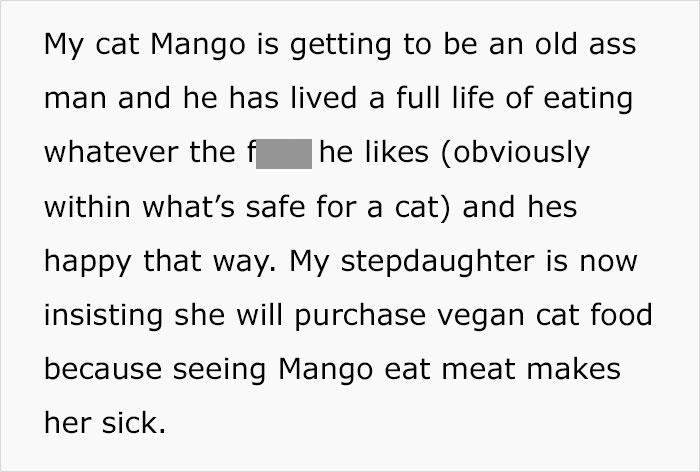 She throws up at the sight of Mango’s food which has made her lose weight as well. 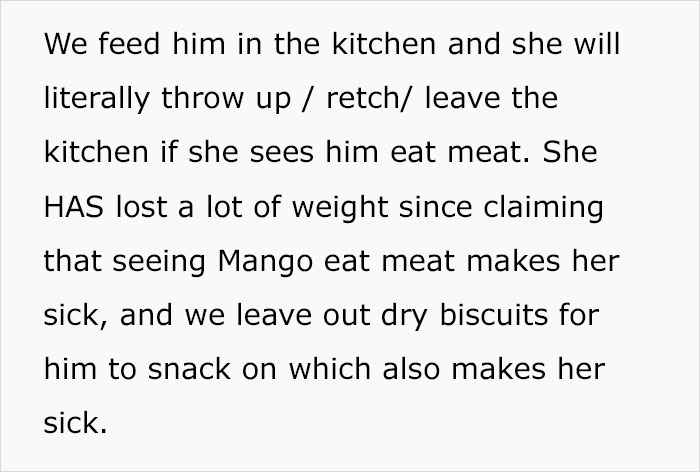 She heaves and leaves the room even when she smells it from far away.

She has tried a lot to convince her parents to give Mango a vegan diet instead. 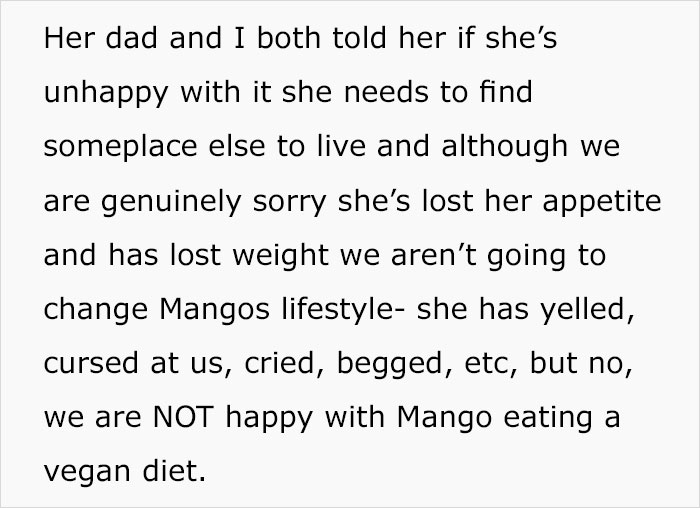 They feed Mango very expensive food which is good for his health.

The woman’s mother-in-law took the stepdaughter’s side in this. 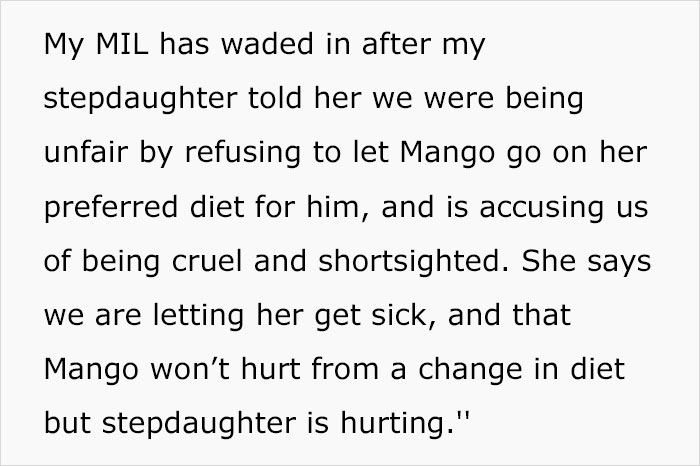 In my opinion, the girl should just find someplace else to live if it is becoming that inconvenient for her. She can’t expect to move into someone’s house and impose her decisions on them. If she does not like their way of living, she should leave. Besides, what she is suggesting is extremely unhealthy for the cat.

This is what other people had to say about the whole drama: 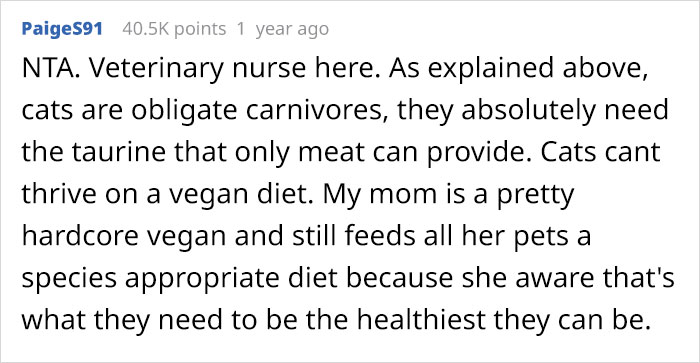 Cats are carnivores and can’t turn into vegans. 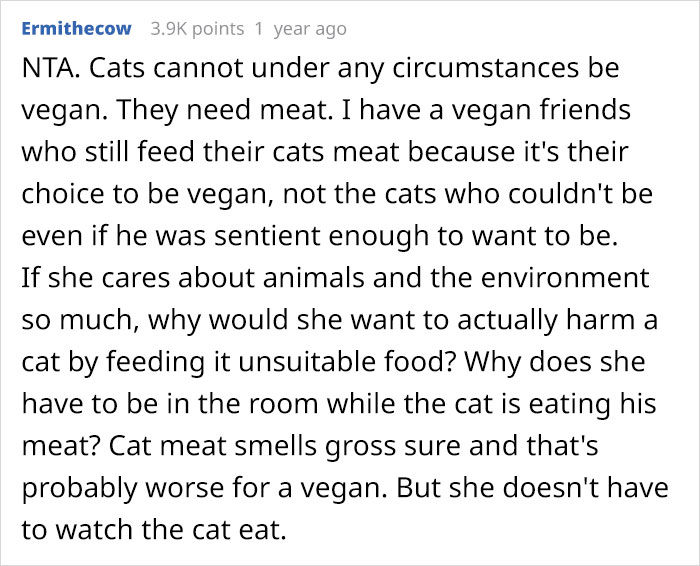 Some people said she might have an eating disorder.

You shouldn’t change a cat’s diet unless a professional tells you to.

Who do you think is in the right here? Should the woman change her cat’s diet? Or are the stepdaughter’s demands unreasonable? Let us know your thoughts in the comments below.