The independent personality of cats often makes them forget who the real boss is.

People who adopt an animal are referred to as their owners. Now many of them like being referred to as owners of their pets and prefer being called parents but technically they are the owners and guide their animals into being very well-behaved and nice cuties. But this whole idea of the human being called the owner is often disregarded by their very own pet. I think you know exactly the animal I am talking about. It’s cats, that have a very independent and confident personality and that means they do not like the whole idea of being owned by anyone and they like to showcase that opinion publicly and without any shame. You see when it comes to humans being owners, cats don’t support the concept of hierarchy but when it is the other way around, they are in full support of hierarchy. And that is because they love to be in the driving street when it comes to handling a relationship and they often forget, in the process, who the real owner of the bond is.

Today we are going to look at some pictures of cats totally forgetting who the real owners are.

Scroll down below to enjoy some cute and funny cat moments. 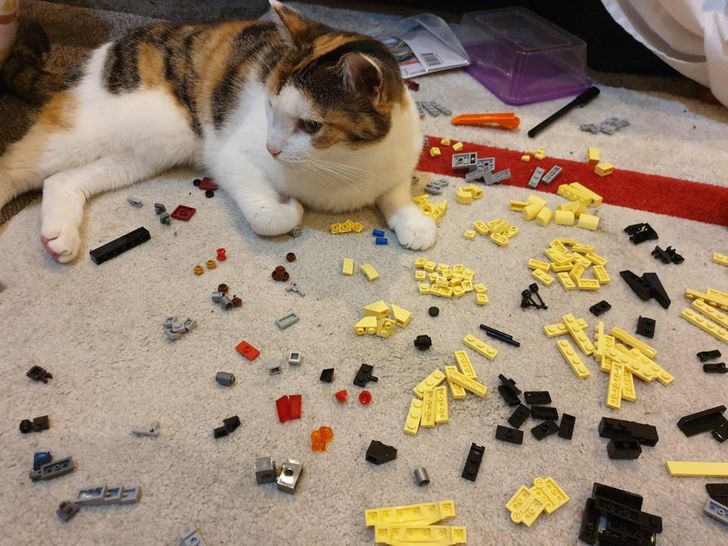 2. The shoes have been imprisoned for life by kittens and the parent can now never get up. 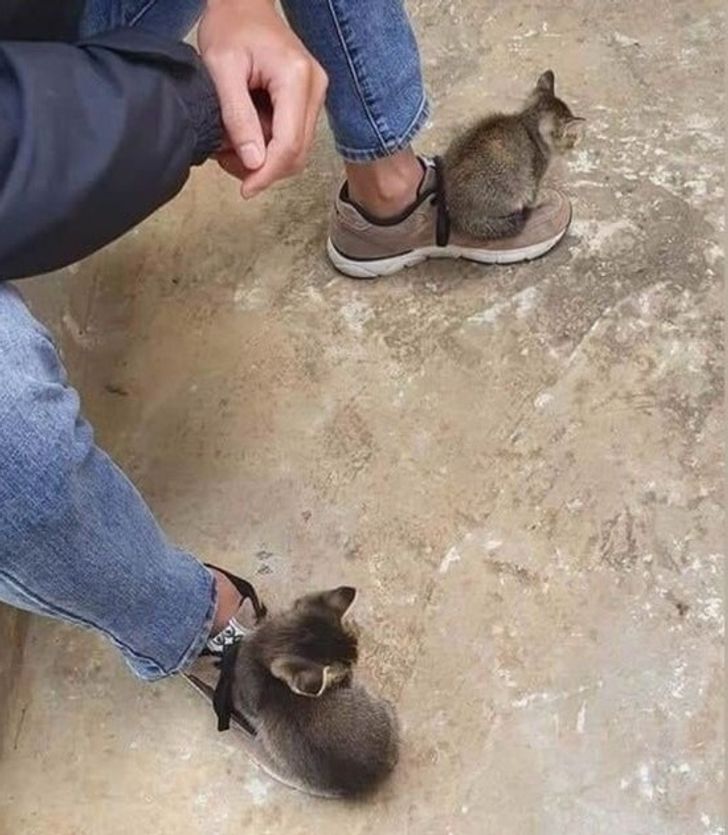 3. They just love destroying puzzles as if they do it for a living. 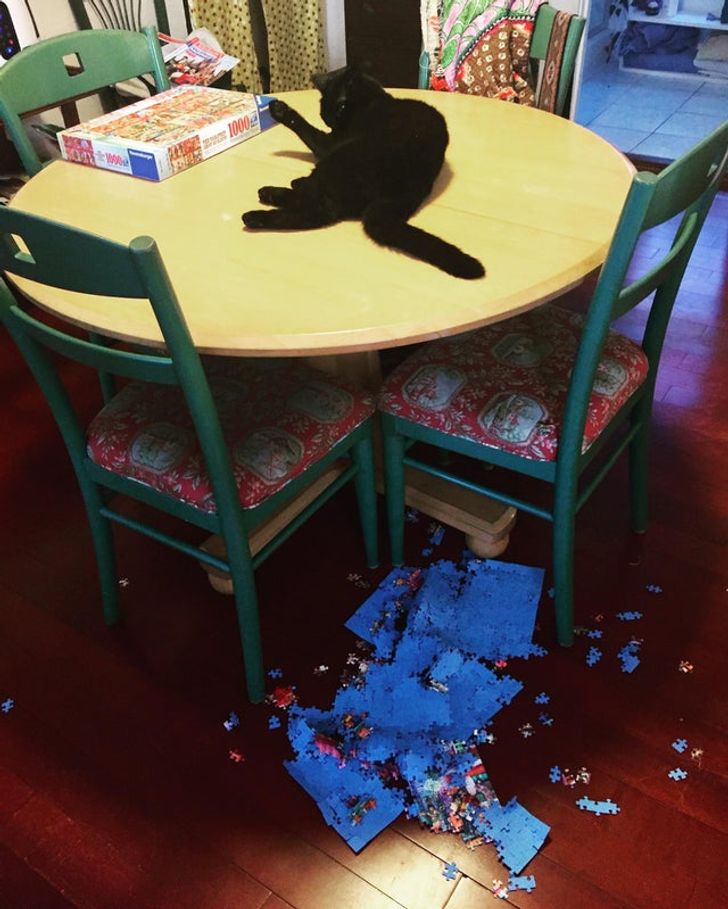 4. Any open space is automatically considered an invitation to sit for a cat. This person opened their kitchen cupboard to grab something and the cat jumped right in because why not? 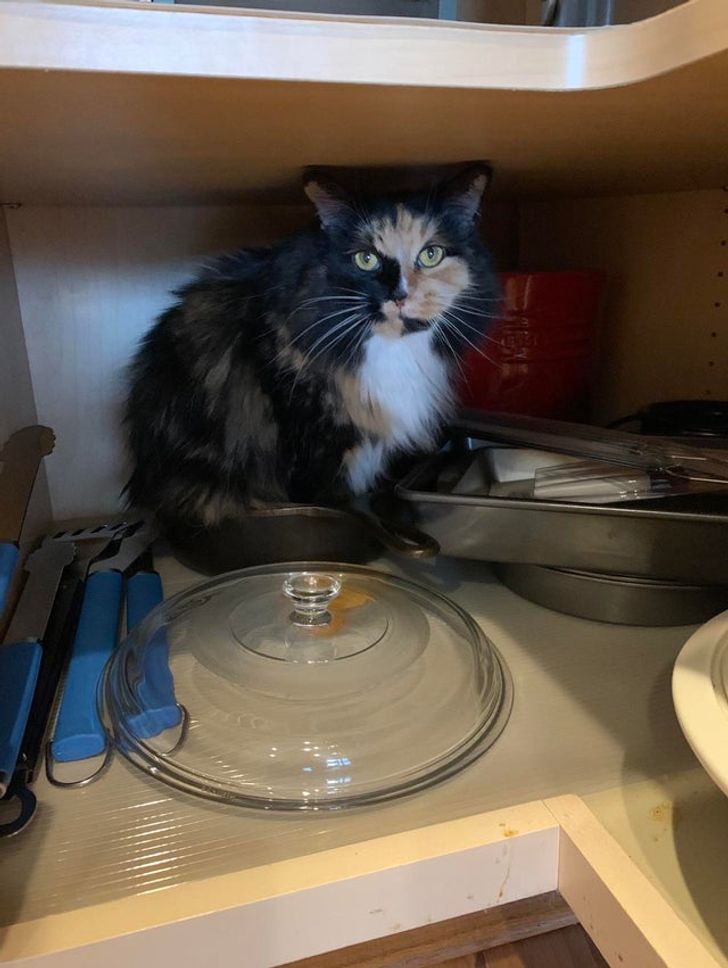 5. She thought she could peacefully drink her soup while having a cat in her house. Impossible. 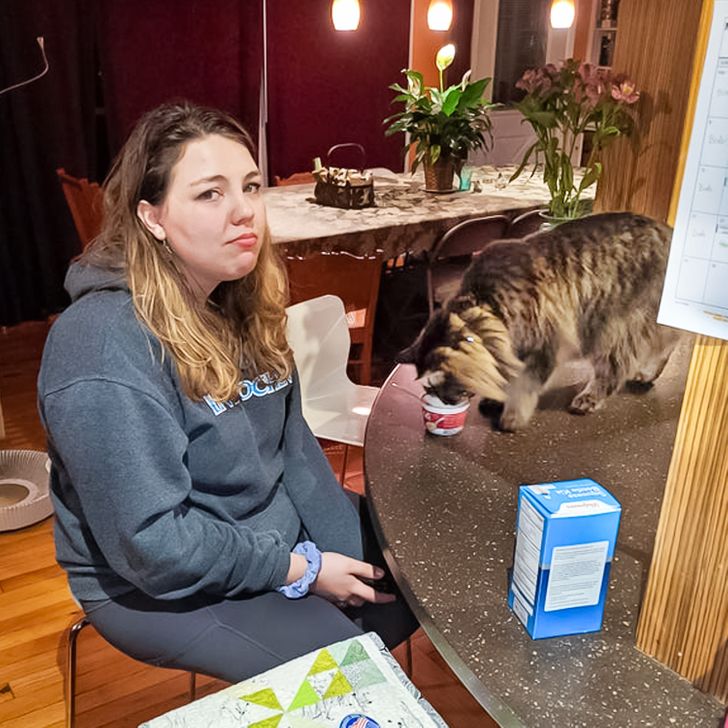 6. “Climbed into my pile of clean laundry just to sit and judge.” 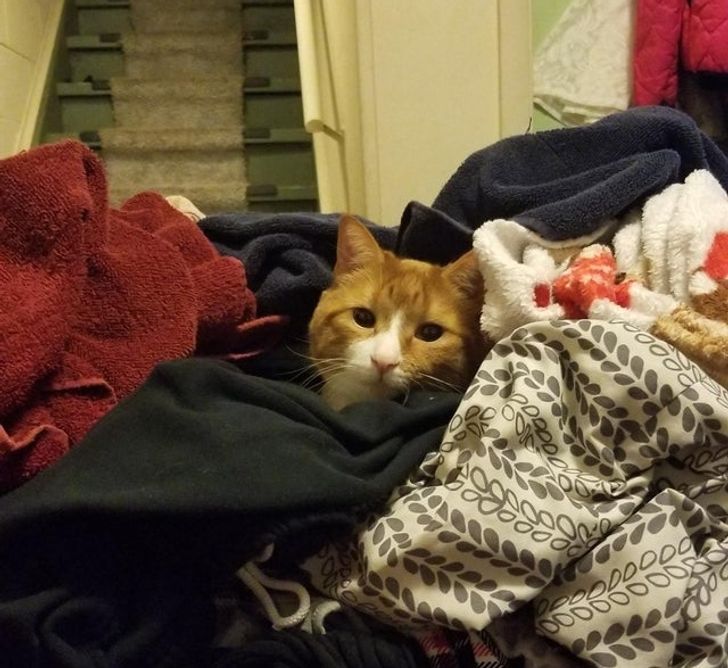 7. “Scratching the couch while his own scratching post is literally afoot to his right. ” 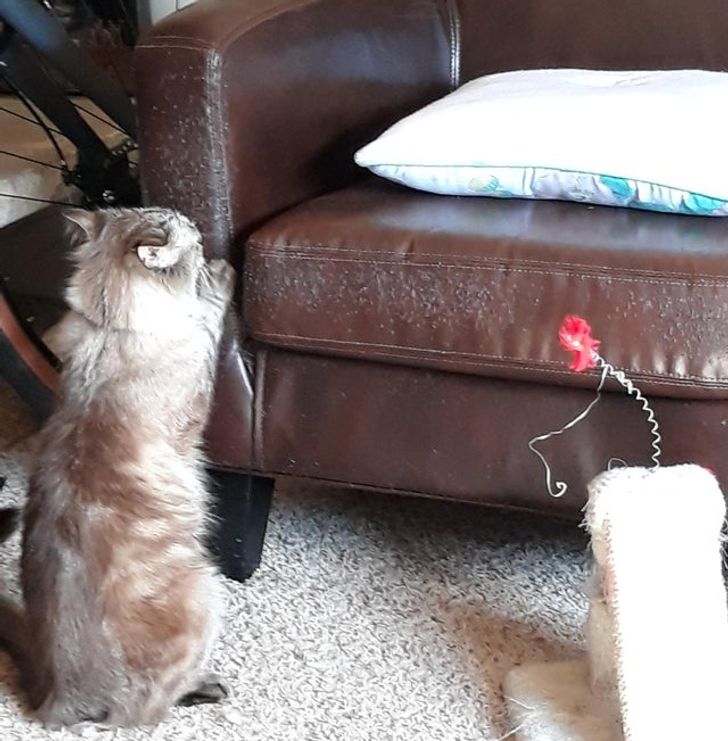 8. “Of all the places my cat could’ve gotten comfy, it had to be on my computer.” 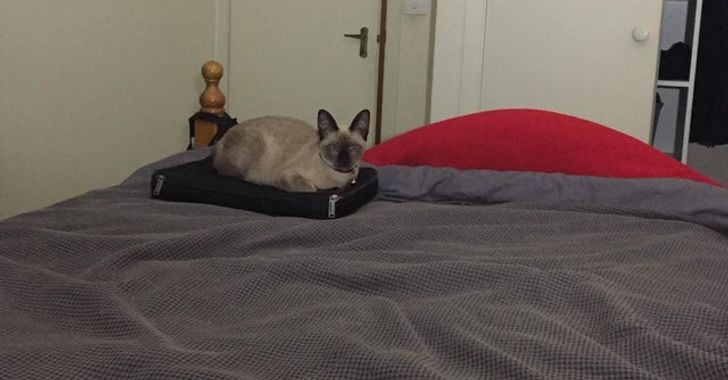 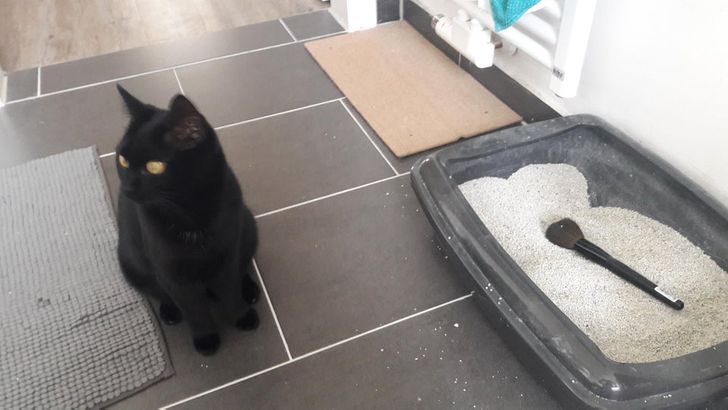 They definitely not innocent in these images ut you can sense a bit of it somewhere in there and that’s what makes these images cute as well as hilarious. I love animals man, they are the best and always manage to surprise us in the most unique ways.

10. “Maya likes to lay directly on the heat vent to keep all the warmth to herself.” 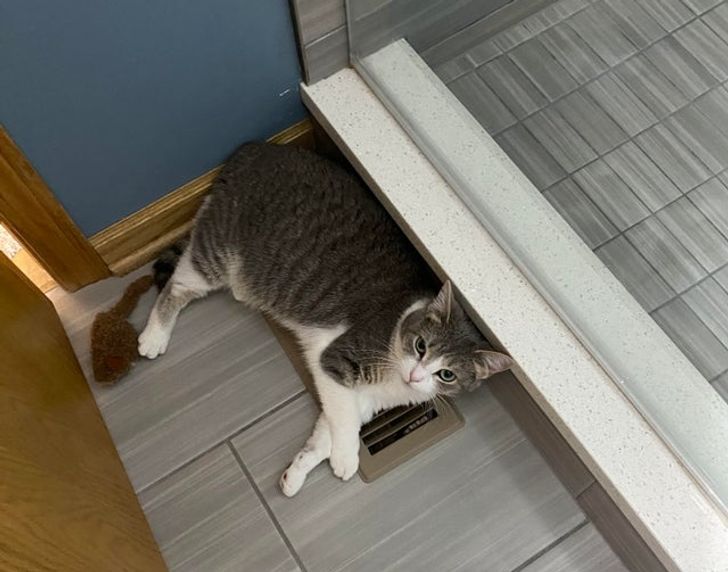 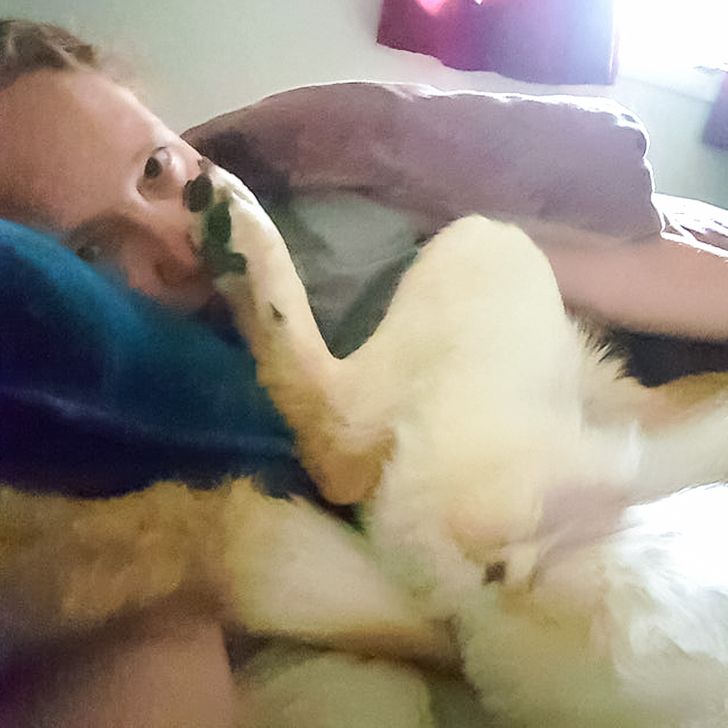 12. “Cheddar, my little man, yells and yells until I come to watch him on the wheel, and no, just watching him isn’t enough. He wants me to walk up to the wheel.” 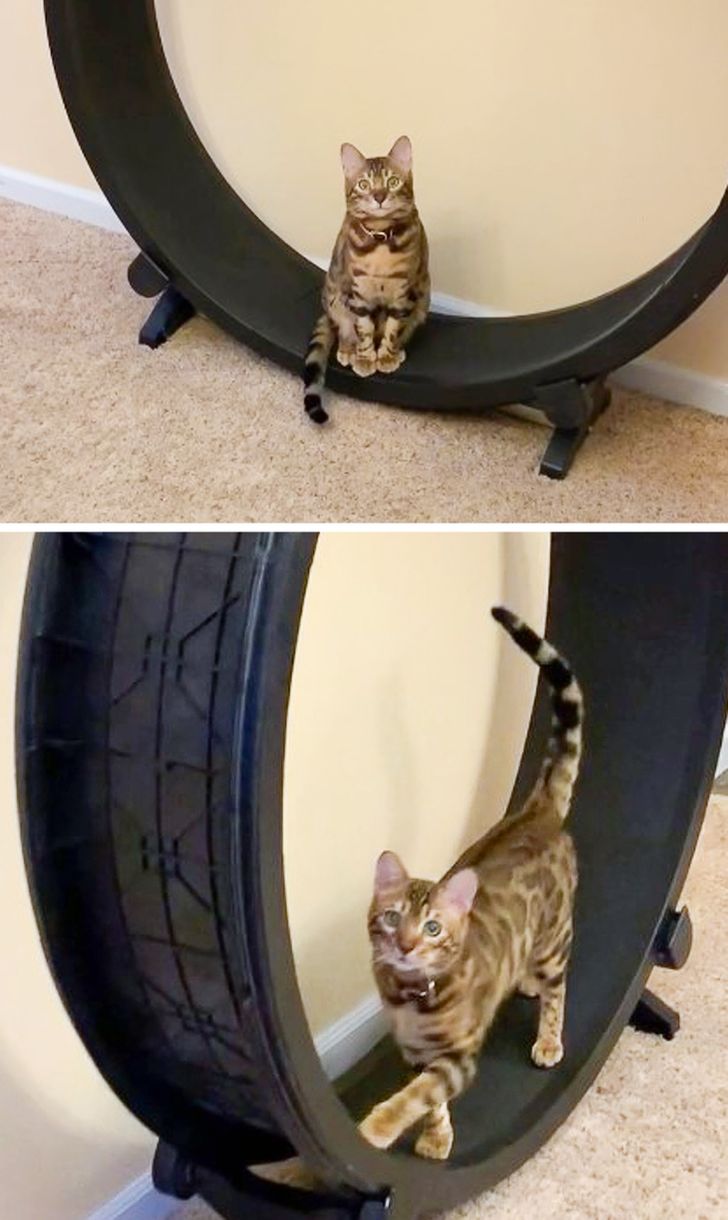 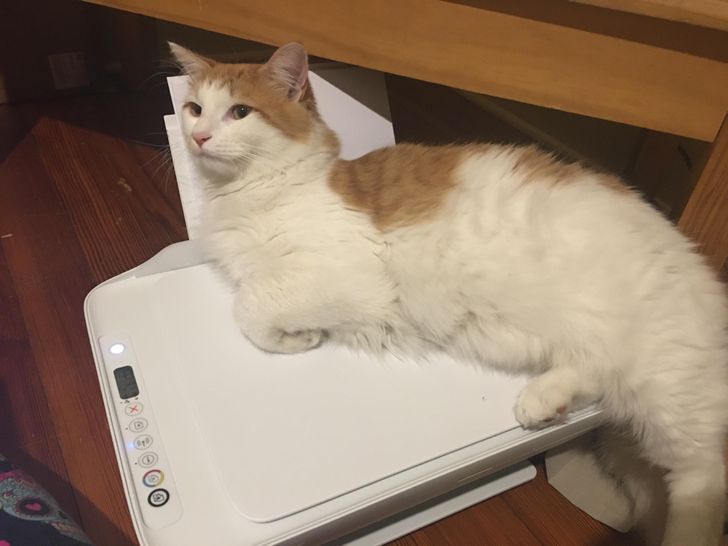 14. “My cat will do this every morning if I forget to close the door to the bathroom.” 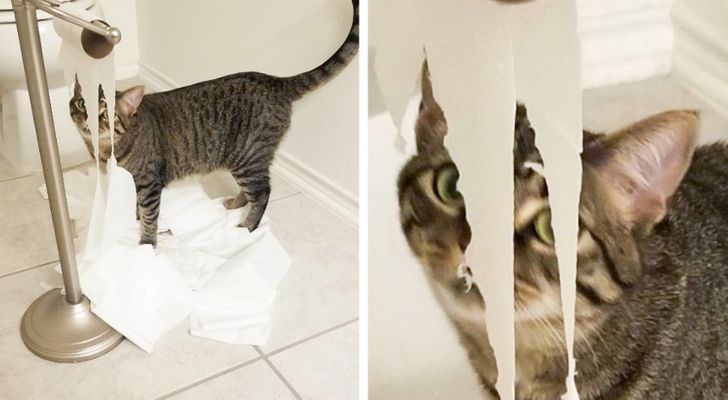 15. And no, it’s not always the cats who forget who the real bosses are, the dogs are an equivalent part of this. Like this dog who sleeps anywhere in the house like he owns that spot. 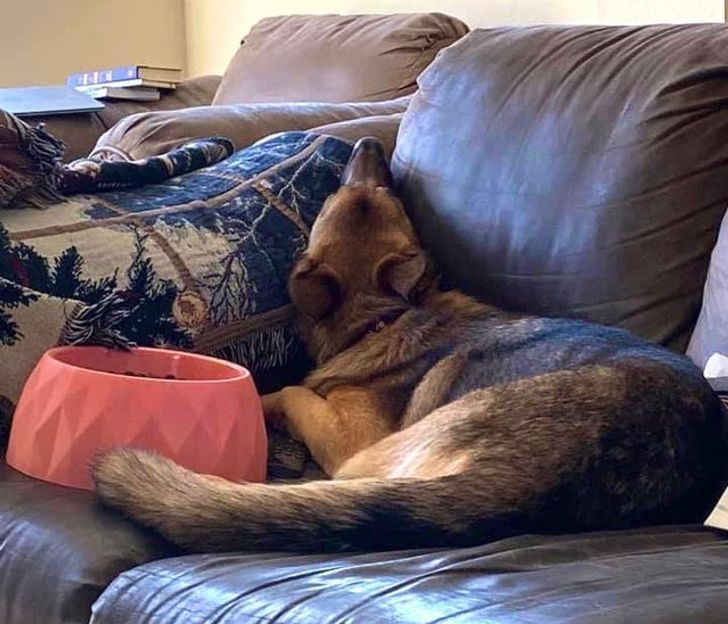 16. This dog would knock the phone out of his owner’s hand every time he would use it because the attention should always be given to a dog if its in the vicinity. 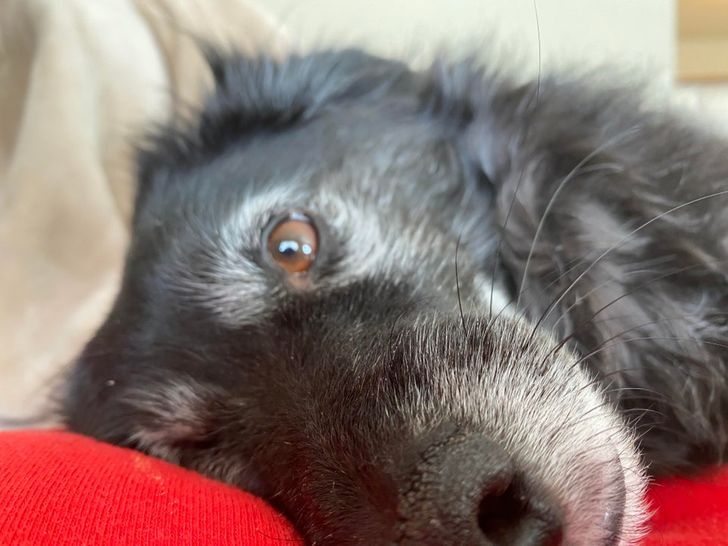 17. One time their owner gave them food upstairs instead of where they normally eat and that is downstairs. And now they only want to eat upstairs. 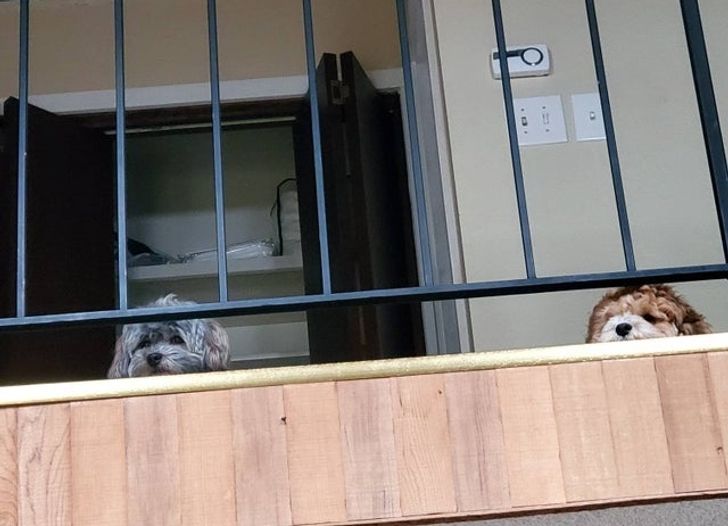