Cats sure do become famous easily.

I mean if the only thing that being Internet famous required was saying Hi in a weird accent, most of us would be rolling in money. However, the same thing is not true for cats. It’s probably because animals can’t really speak English and that is why it is so surprising to hear them say their distinct noises that sound like words from English.

We have had many similar cats and moments on the Internet. However, what makes this orange chonkers different is that it sounds like he is saying Well, Hi in a very heavy southern accent. Not any slite to southern people but even imitating an authentic southern accent is not an easy feat. So this cat has done what not even many trained actors can’t do.

If I had a cat who could speak, I would have a painting of him in my house as well. 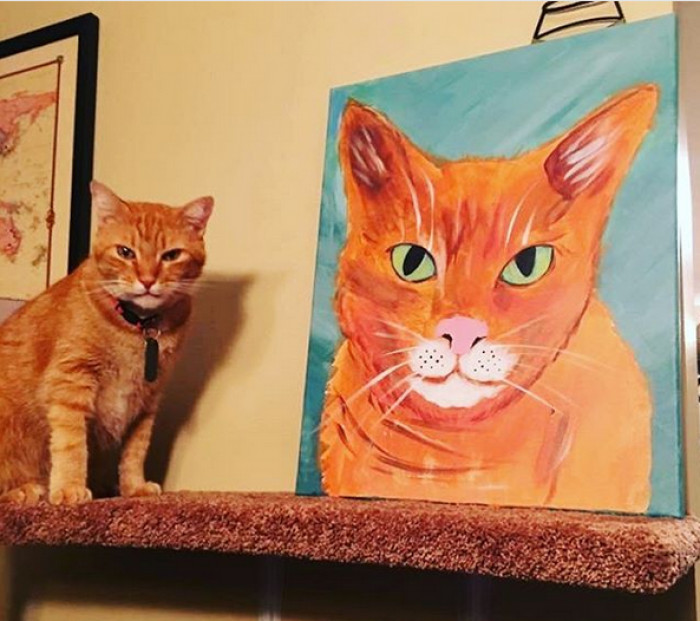 His name is Gambino which just makes everything all the better. 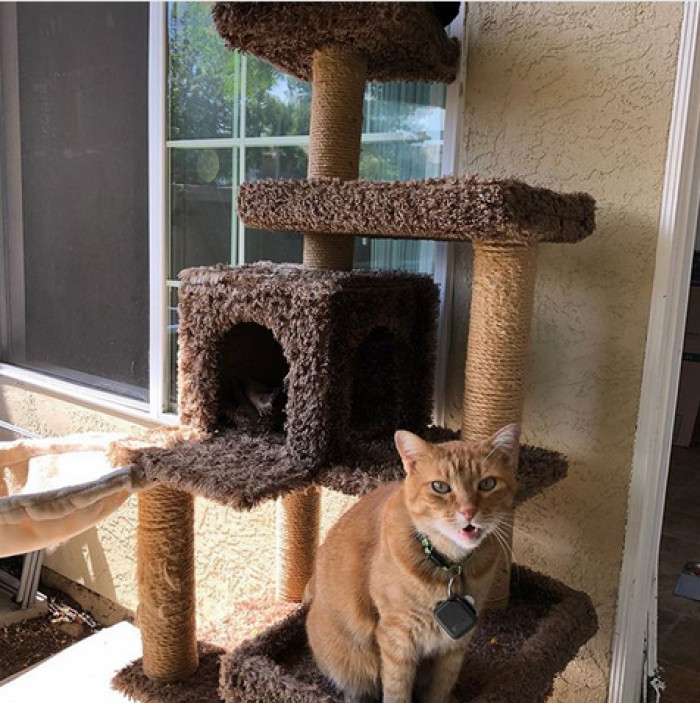 This is the Tik Tok video in which he is seen making history.

I have seen this video too many times and at first, it did seem, I was hearing things. However, it is clear as day that Gambino actually did say Well, Hi. Now if only he could be trained somehow to say this whenever a guest comes to their house, that would be spectacular. 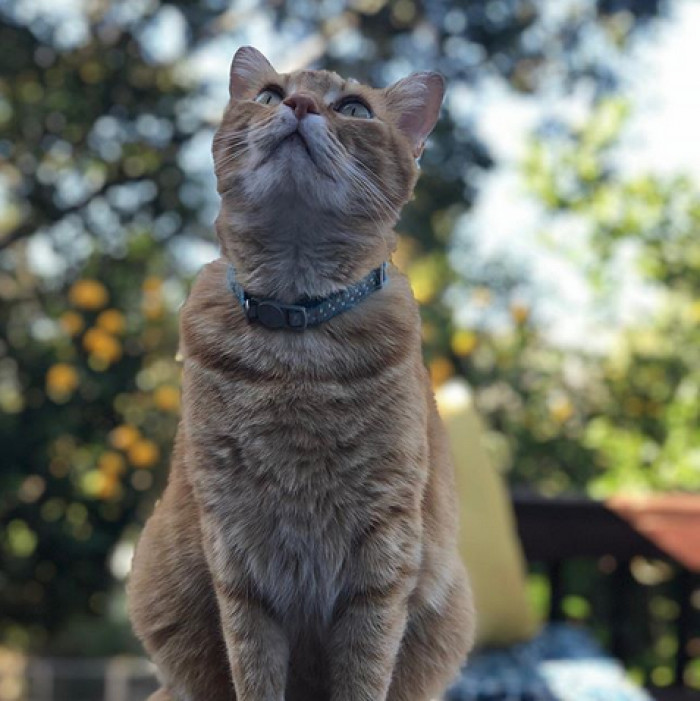 The supermodel. For those that are new, the grey box on his collar is a  pet tracker. When we have our backyard time or know we will be going in and out of the home we like to ensure we can track them wherever they are. They are all very good boys and come to us when they are called but they are also cats so if a lizard, bird, or rodent catches their eye they are going to follow their instincts and chase.

Sometimes in the backyard but sometimes up a tree or under a bush! It’s pretty lightweight and doesn’t hinder their movement. They still jump, scratch, play, eat, run, and sleep with their trackers on. We do take them off once we are in for the night. We have made them wear them overnight when there was a possibility of evacuations in the area.

It really isn’t surprising that the cat is Internet famous already with more than 34K followers in only a few days. 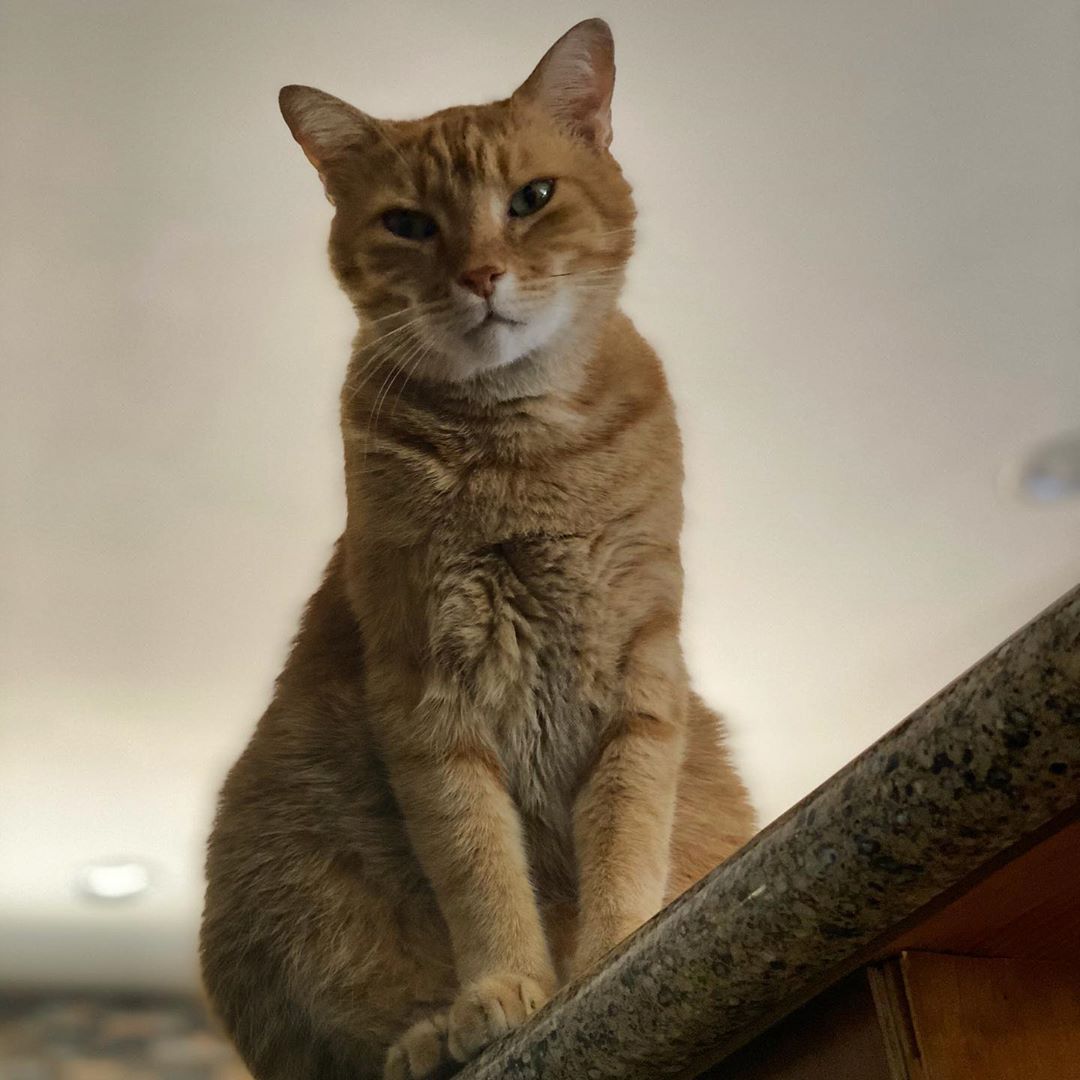 Did I mention the clip has also been watched more than 1.8 million times already and is still going strong.

It really is no surprise that he has an I-pad. 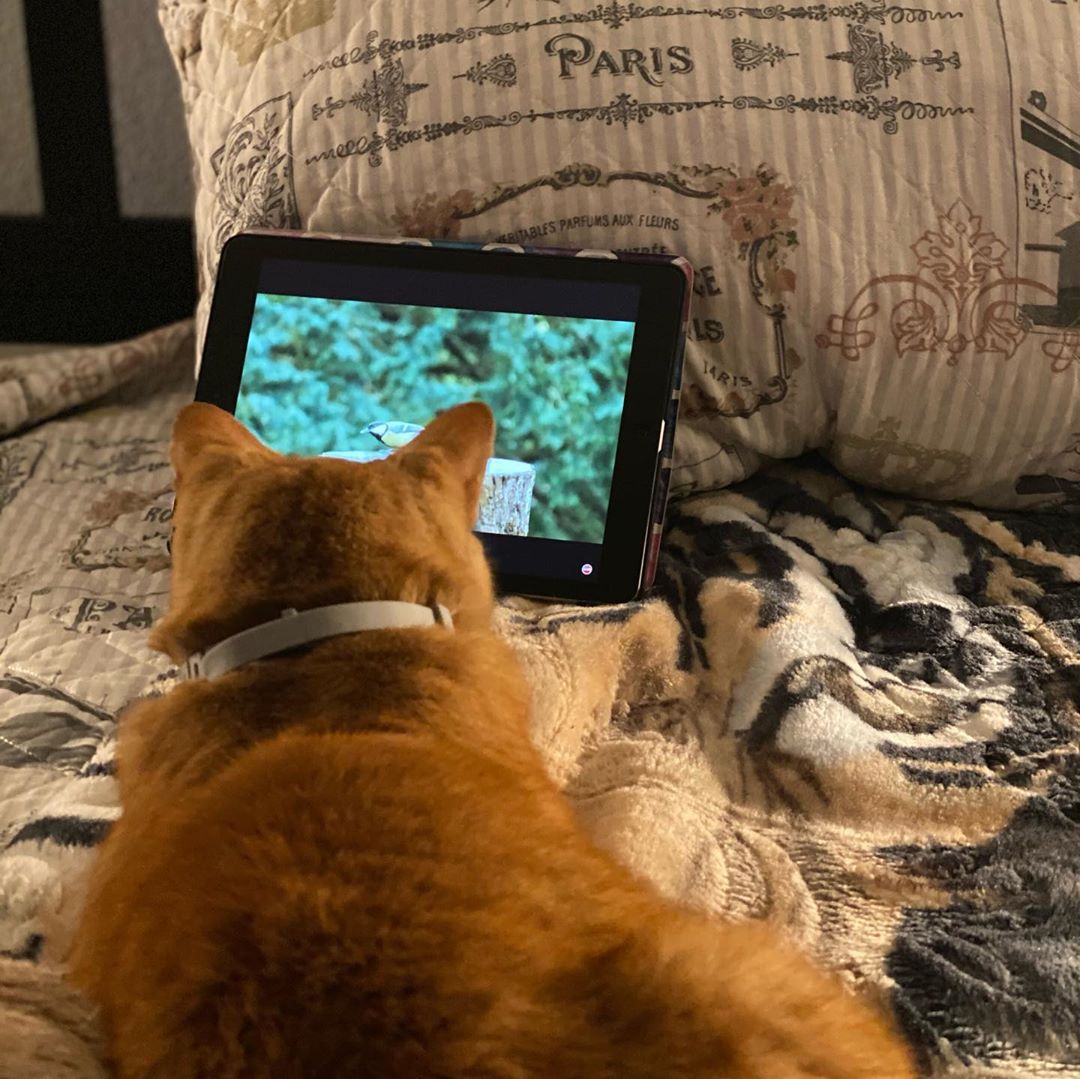 I’m not saying Gambino is spoiled but…..here he is with his iPad watching videos for cats on YouTube.

What are your thoughts on this? Do you think Gambino Really said those words? Let us know in the comments below.