The superhero cats have arrived to save this universe.

Those who are fully immersed in the superhero fandom would know that both Tony Stark and Bruce Wayne were constantly shown sightings about their world being destructed by the forces of darkness. Tony Stark, in Age of Ultron, decided that the world needs a suit of armor to protect from extraterrestrial threats. The motto was to have peace in our time. Same with Batman, he realized the errors will lead to a takeover by Darkseid and his forces so he started forming a team of unique superheroes. Avengers and Justice League were formed to protect the planet. But since the death of Tony Stark and Steppenwolf, both their multiverses have been disrupted and are moving towards what seems like an inevitable annihilation.  The world needs help, and I think it just got it!

Cats, as we all know are involved with everything that happens on this and other universes, we really weren’t given a choice there. And now cats can be seen being involved with the whole superhero fandom. And to be real, cat lovers would do anything in their power to uplift the status of cats, as if it wasn’t already “up there”. So what best way than to put them in two of the biggest superhero movie franchises in the world, Marvel and DC.

A very talented Indonesian illustrator, Fajareka Setiawan, came up with this extremely amazing concept. He imagined what we have all been craving, how would cats look like as our Avengers and as members of the Justice League. The only difference is, Fajareka brought his imaginations to reality and created some absolute illustrations of superhero cats. Fajareka has a pretty sweet fan following on his Instagram out. He currently sits at 50,000 followers and with the potential I see in his work, he is goingg to be in the millions in no time.

I really can’t wait for you guys to see the results. Let’s enjoy these accurate depictions of how would out very own felines would look like if they were superheroes.

1. AquaCat – After saving the universe from Darkseid’s uncle, Steppenwold, the big cat is ready to fulfil its hunger needs. 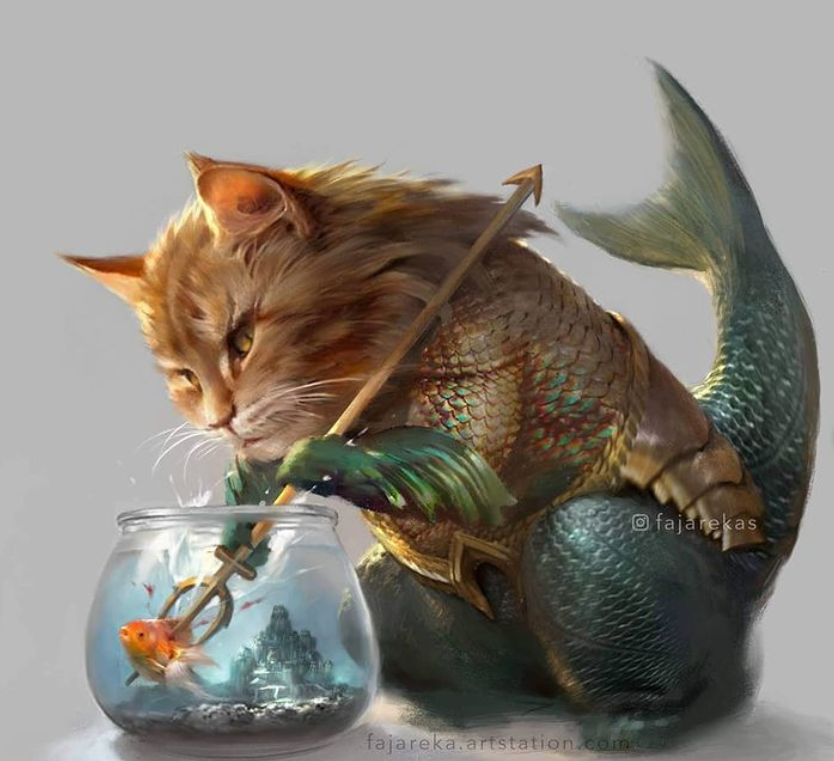 Is it just me or does AquaCat actually look like a proper heartthrob! Plus, this cat can swim, I am sold.

2. Cat Man – The Qauntomverse will never see the darkness of the evil ever again, the Cat Man will shrink and grow right through their dark plans. 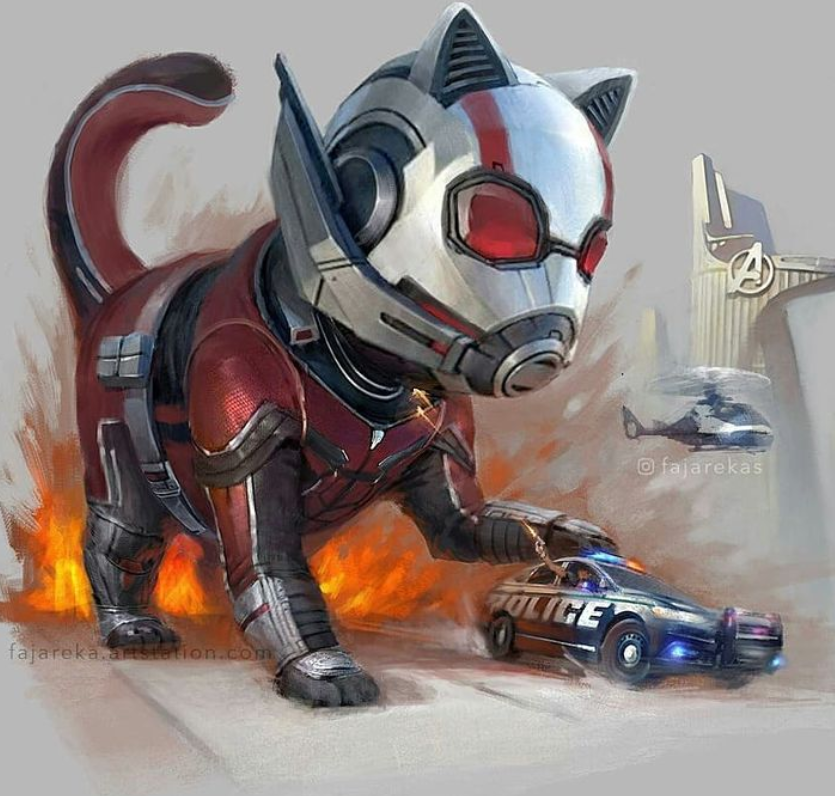 All I can say is if there was to be an actual cat as AntMan in the marvel movies, this is exactly how I imagined it to look like.

3. Cathanos – What could possibly happen if you hand a cat a glove full of 6 infinity stones. This one’s already on the quest to rule half of the universe. 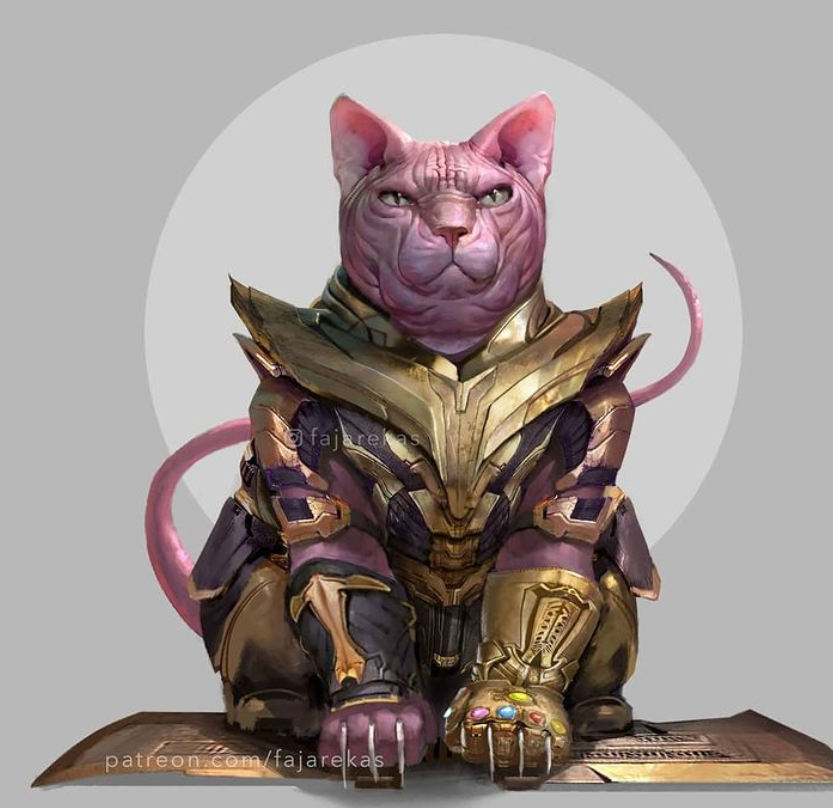 I don’ a human brain can possibly depict what a cat would do with those infinity stones. But I do know one thing, I wouldn’t really mind if a cat ruled me. Just counting on the fact that I won’t be blipped because I want to live and see how it goes. By the way, those claws look like Wolverines’, just saying, definitely not sparking something.

All the appreciation I or anyone could possibly do is less for the crazy and absolutely heart-stealing art that Fajareka has created. Anyone would fall in love with this artwork. After all, it’s a seduction for us, cat lovers, to see cats being showcased as top-of-the-line creatures.

I really hope you guys are enjoying these because these concept arts are exactly the way I had them in mind. Marvel and DC need to locate this person and hire ASAP.

4. CatPool – The Rated R superstar is ready to set its pawprint into the MCU in the next Phase. 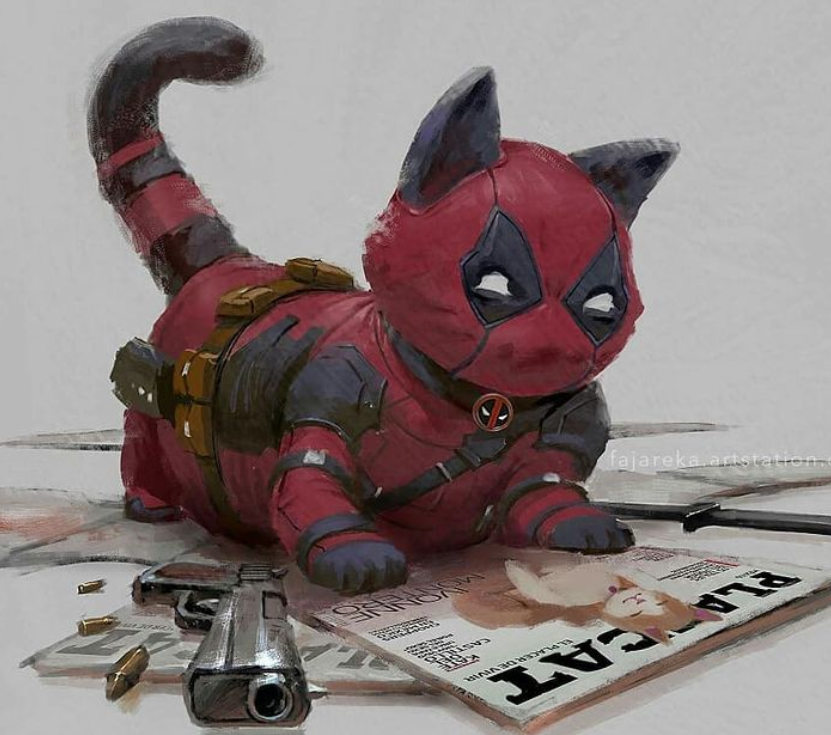 The biggest crime investigator as a cat? Hell yeah!

5. Spider-Cat – The two creatures considered as foes in the real world, have had to finally put their differences aside for the greater good. 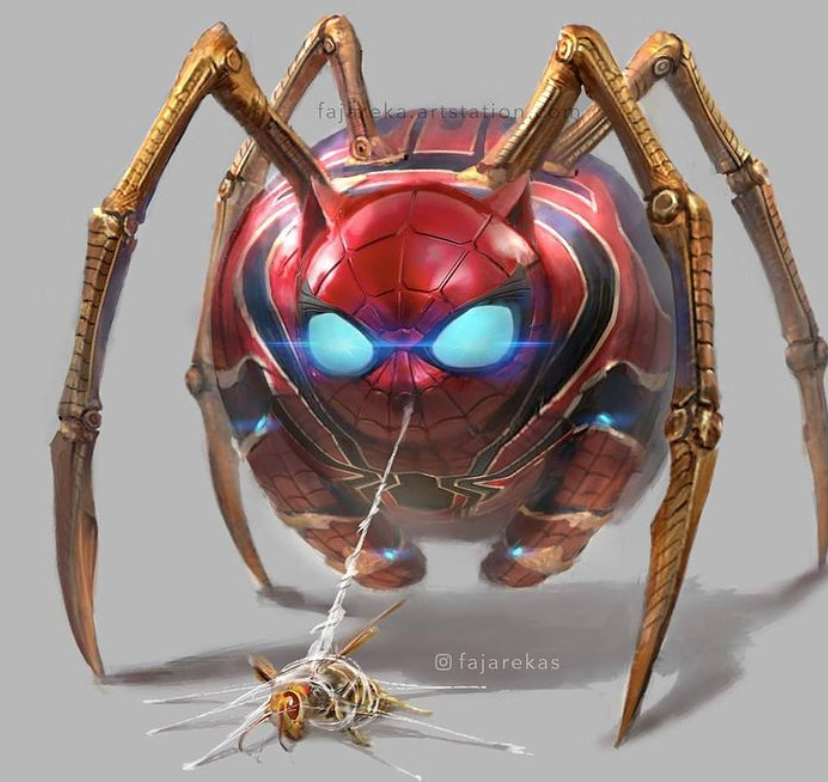 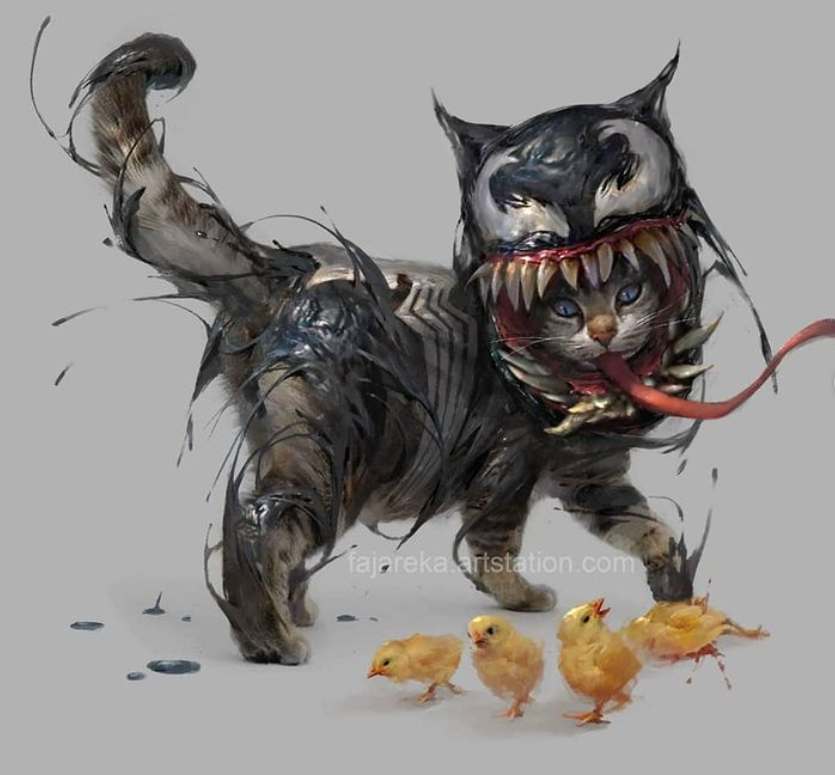