Rudeness gets you nowhere.

I know this will sound manipulative but if you want something, asking nicely is the way to go. Have you ever been successful in getting something when you are mean to that person? I think everyone knows the answer to this and yet so many entitled people think being rude is the way to go when treating others.

Especially if they come from a rich background. They think they own everything and everyone. And that means everyone has to bow down to them and do whatever they want. This is apparent in many of the pre-teens that are getting famous on the Internet for dumb stuff. So it is no surprise to see another story of a group of teens being rude to a server just because they weren’t getting what they wanted.

Other than the bratty attitude their language was less than stellar as well. However, they soon learned their lesson as karma came to kick them in their faces.

She doesn’t know their true age but they were pretty young. 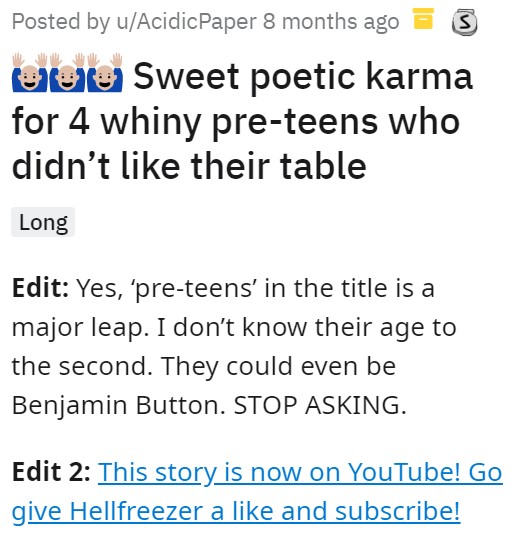 You wouldn’t be able to see the TV from every booth in any sort of restaurant. 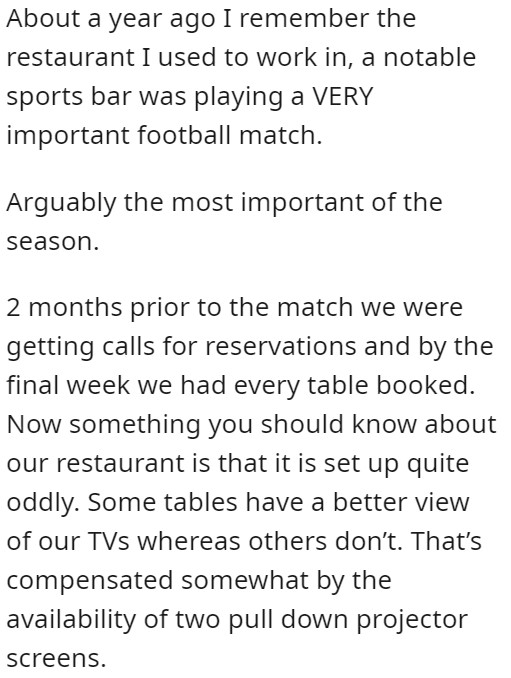 I understand the frustration somewhat but that is no excuse for being an a**hole. 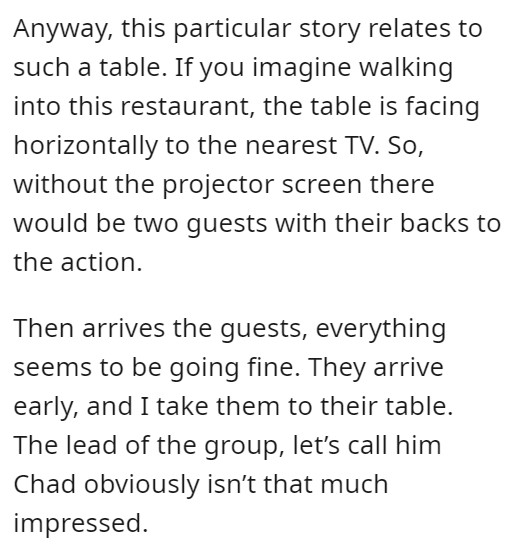 At least listen to what the server is trying to say before interrupting. 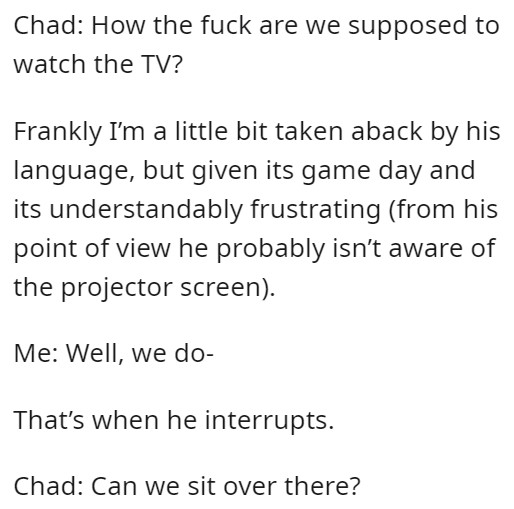 Even I swear a lot but not without reason and not towards strangers. 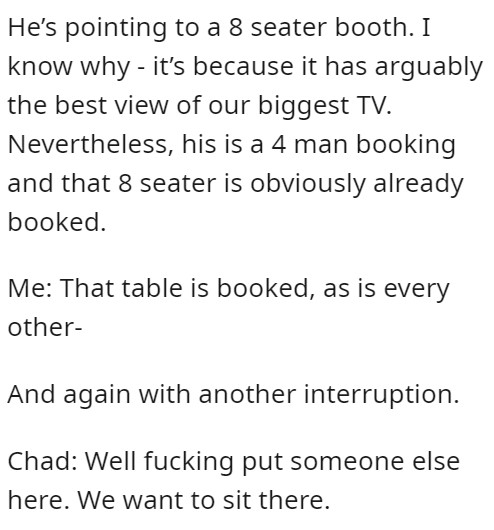 It is game day, did they really think she would beg for them to stay? 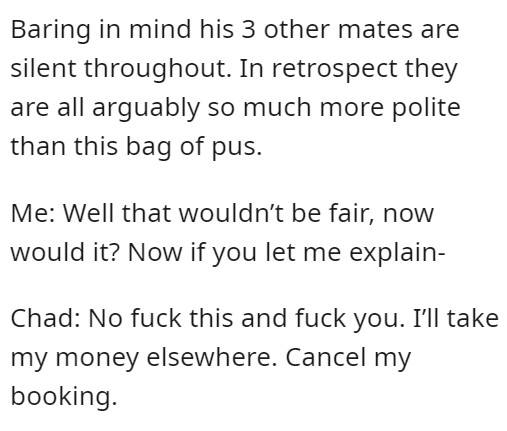 This is why you think before you act. 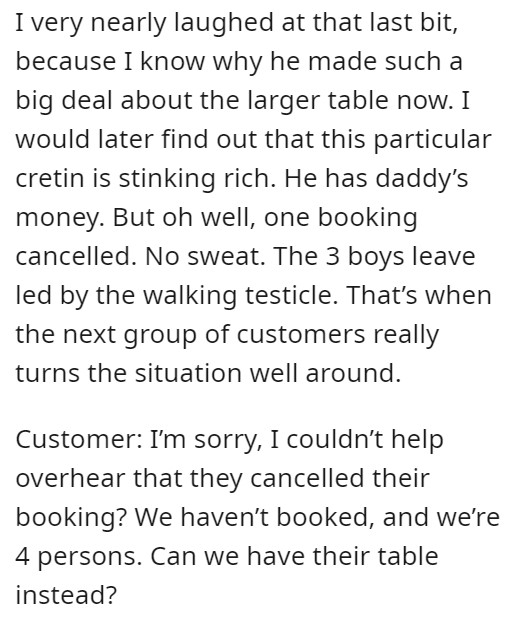 If he had only listened to her before, he wouldn’t be in this predicament. 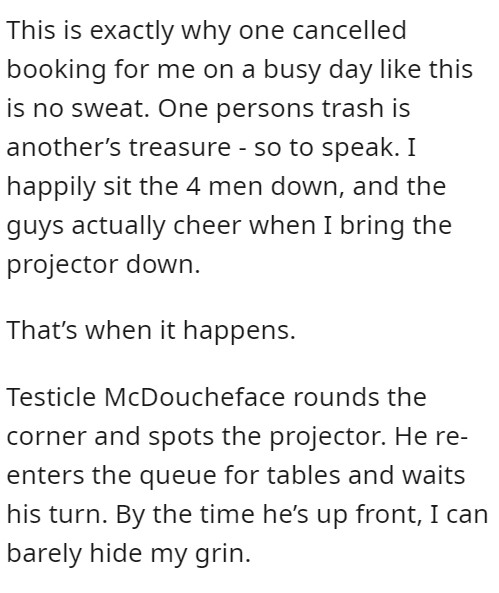 Should have seated him outdoors where you can see the projector through the window if nobody’s in the way. –SANTAAAA 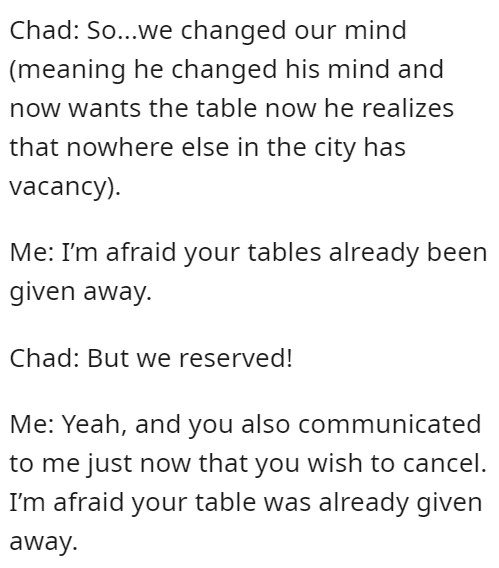 I bet he was regretting his decision then. 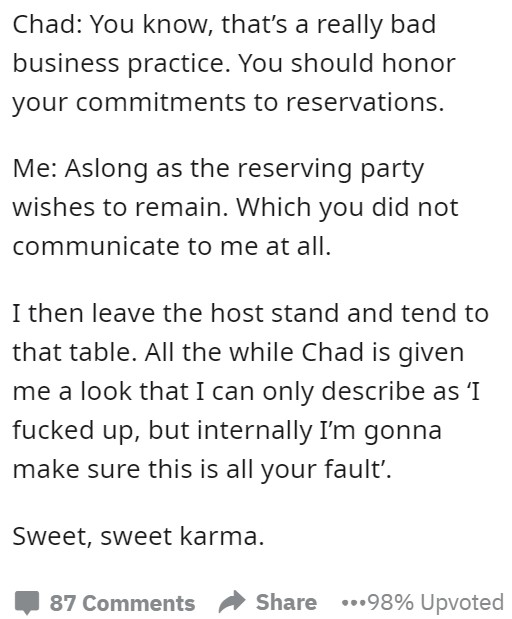 Sadly, I don’t think he learned his lesson. 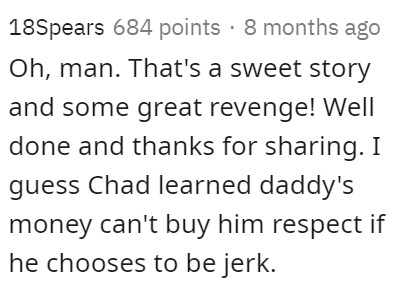 The day was just starting so maybe they didn’t want the clutter? 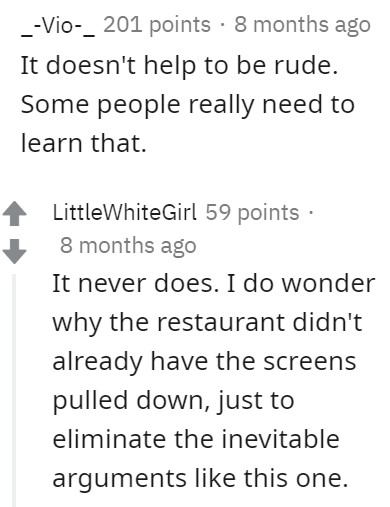 Glad she didn’t have to deal with Chad. 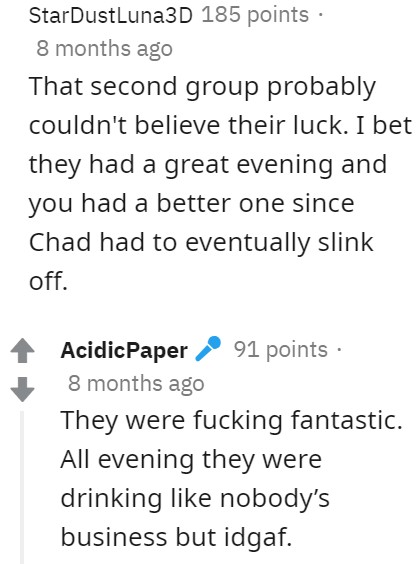 What are your thoughts on this story? Let us know in the comments below. Don’t forget to share your own experiences as we always love to hear new stories.