Getting violent with someone is not the way to go.

Because you never know who or what is watching. I am not saying it is okay if you are alone but there should be a limit to how stupid a person can be. If you are in a store, there are bound to be security camera’s there. So there is no use in lying and faking to try to make yourself seem better to others. Especially the police.

However, the way the cops acted in this story. I am not surprised that so many people get arrested when they haven’t even done anything. Maybe this is why Karens are rampant on the Internet these days. They know that they can get out of anything if they shed a few tears like an innocent lady. Thankfully, this doesn’t always happen and sometimes they get what they deserve.

I can see why they would look similar but they did have an ID on them. 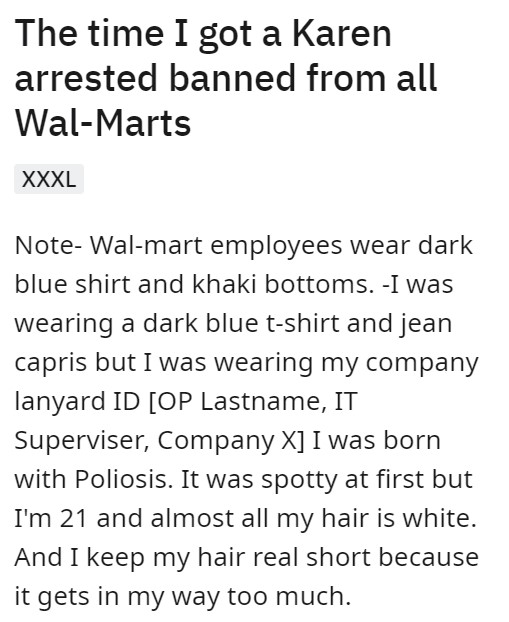 Honestly, most people are in need of a spa day because of this pandemic. 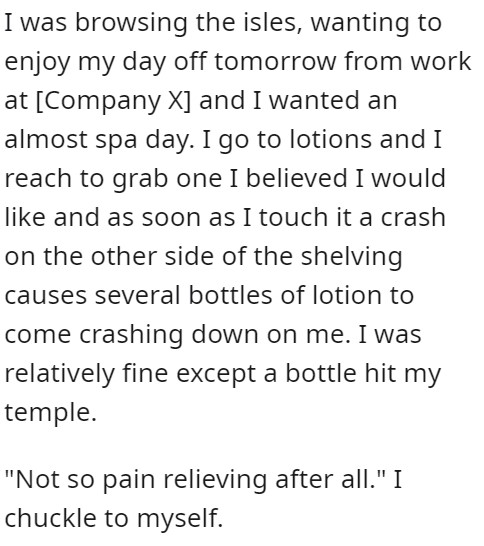 While that is not at all safe, kids make mistakes so it’s fine. 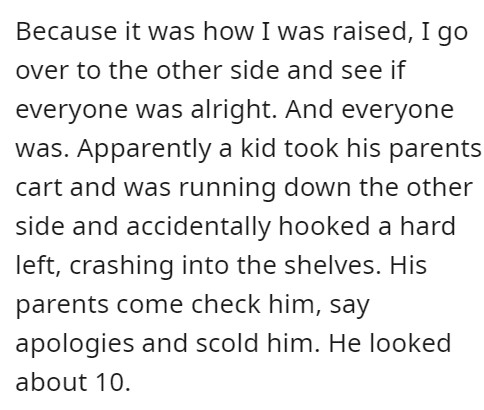 Every one of us thinks this way until we come face to face with a wild Karen. 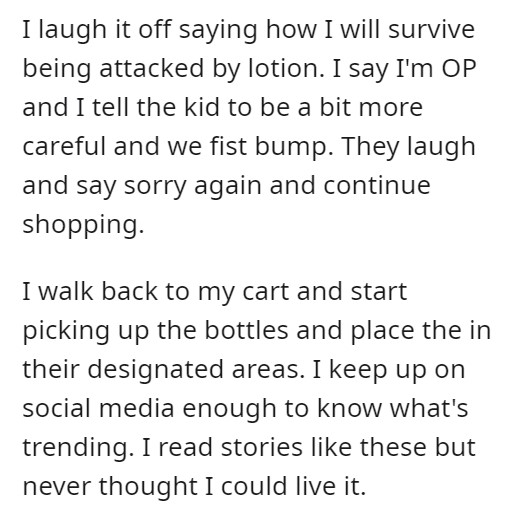 I am guessing she also had the attitude to go with the infamous haircut. 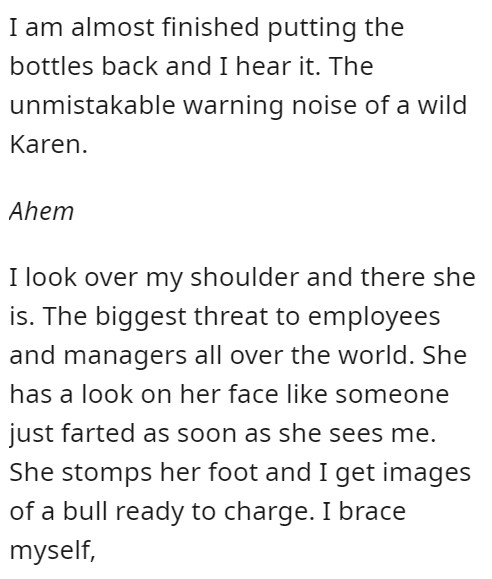 I can never understand why they don’t listen to anyone before presuming things. 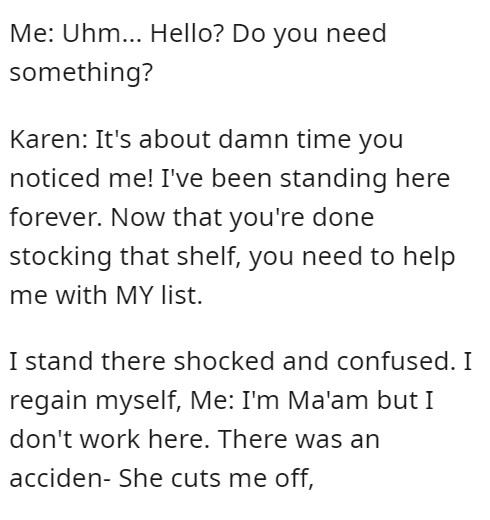 Ah yes, The age-old ‘You are just being lazy’ statement. 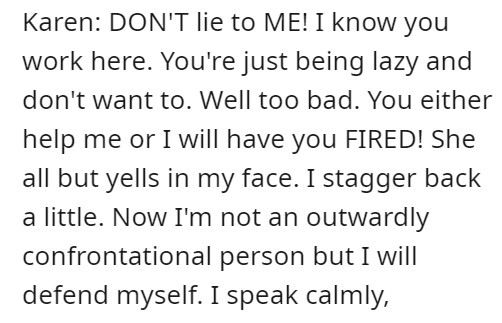 She started it first though so the poster was only defending themselves. 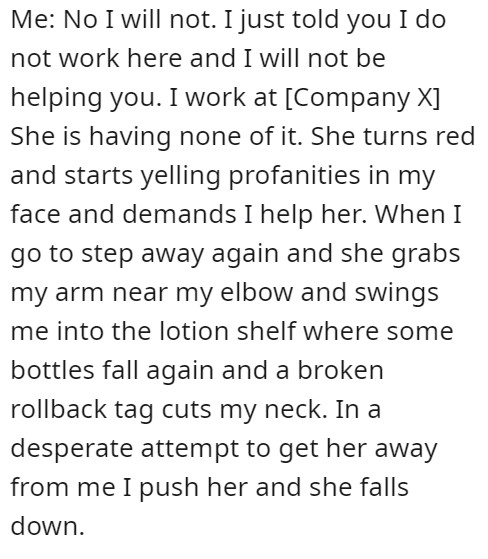 Walmart worker here those price tags should be classified as lethal weapons.

Ive used one to open a freaking box before. Ive had them cut up my hands and arms when trying to stock. Even the shelves themselves sometimes draw blood. –LadyCashier

Does Karen not understand the situation she is in? 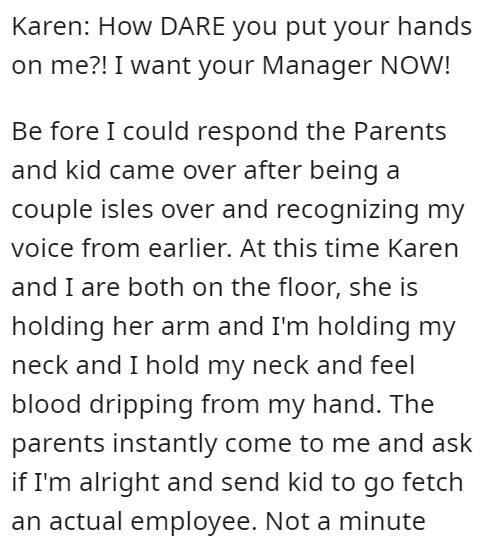 Of course, the cops would do that. Why am I not surprised? 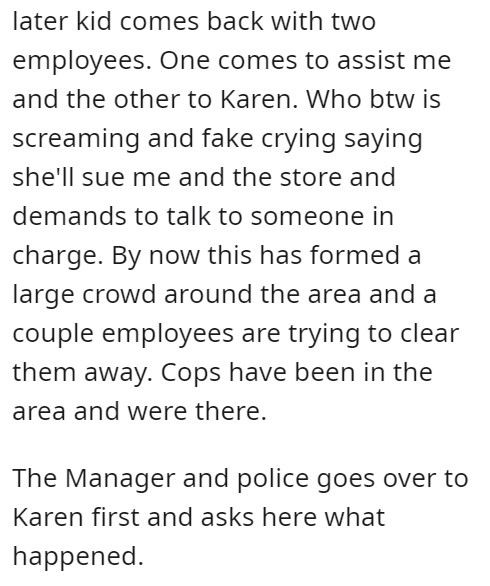 Of course, she would start lying to her teeth to get everyone on her side. 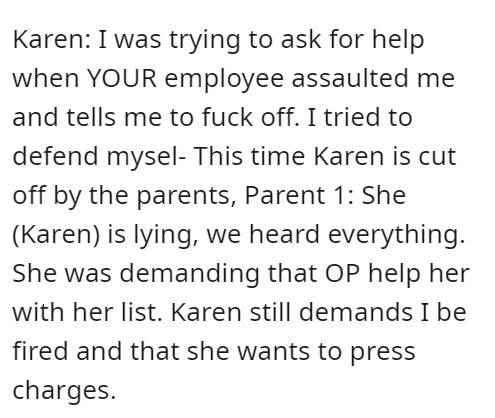 Well, karma’s a bitch! I’m kindof cranky that the cop jumped to cuff you, though, that was presumptuous of him. –emr830

I have short, mostly white hair, two tattoos you can kinda see and a eyebrow piercing. I look like a ruffian but am just nerd. –MissSlasherWolf

Thankfully they had security cameras to see what really happened. 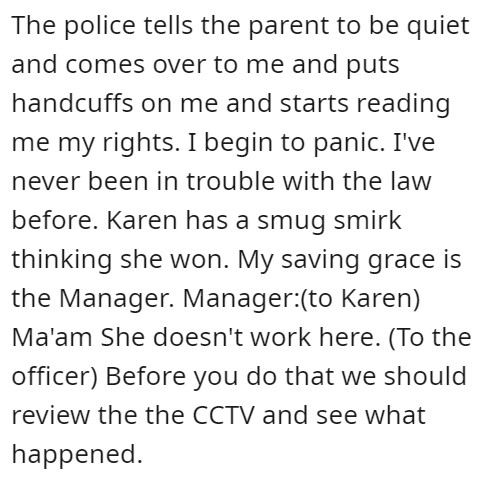 A panic attack in the middle of this sort of situation sounds like the worst thing ever. 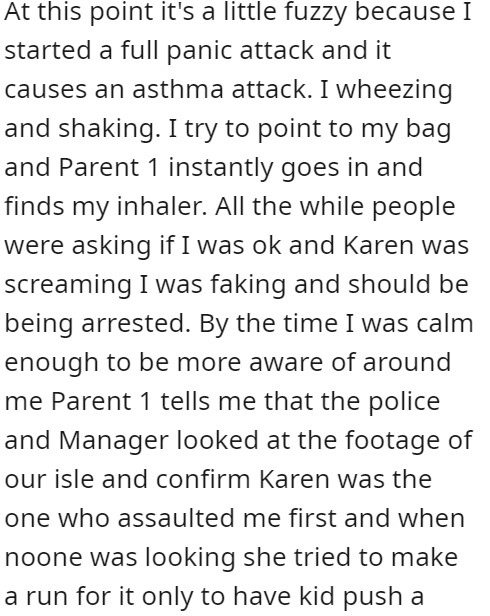 Why wouldn’t they press charges at this point? 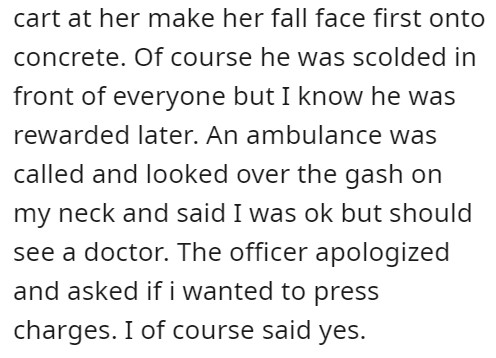 That really sucks, but you handled yourself really well. I hope you get yourself something nice every month. –ijerkal0t

She even had priors so she went to jail to answer for her crimes. 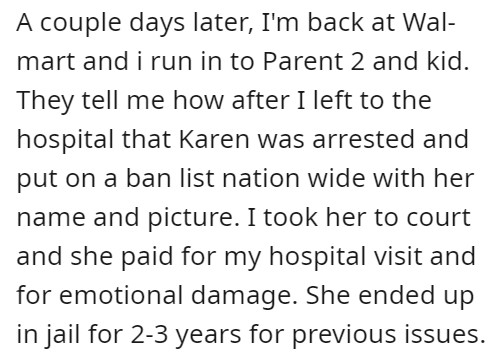 And the poster even got a few things out of the whole ordeal. 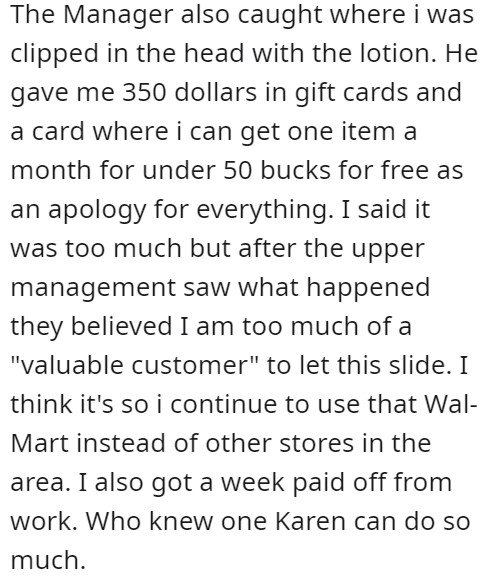 Have you ever been mistaken for an employee at a store? If so how did that interaction go? Comment down below and let us know.