This is why cheating is never a good option.

Maybe I am naive but I never understood the point of cheating. If you don’t care for your significant other anymore, why not say so and break up? And for people who say they still care for them and don’t want to hurt them. Well, aren’t you hurting them more if and when they find out you cheated on them. Apparently many people think it is fun and exciting to be in on a horrible secret that can destroy a person’s life.

Whatever their reasons maybe, I think we can all agree it is a horrendous thing to do to someone. And that is probably why it is so interesting to see a cheating girlfriend get caught and kicked out of the house. From what I can see, she only stayed with him because of the house and nothing else. So that is exactly how he enacted his revenge on her.

I think this might be in the middle of the petty and pro revenge. 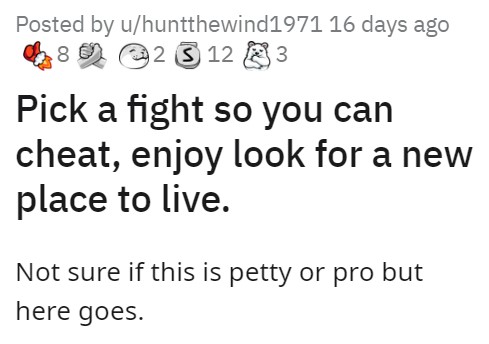 And nowadays it is even easier to catch someone heating because of the internet. 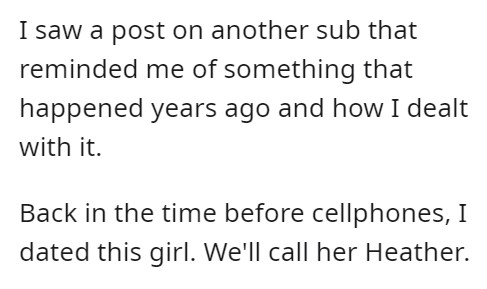 Judging by his thinking, he was pretty serious about the relationship and wanted to propose to her. 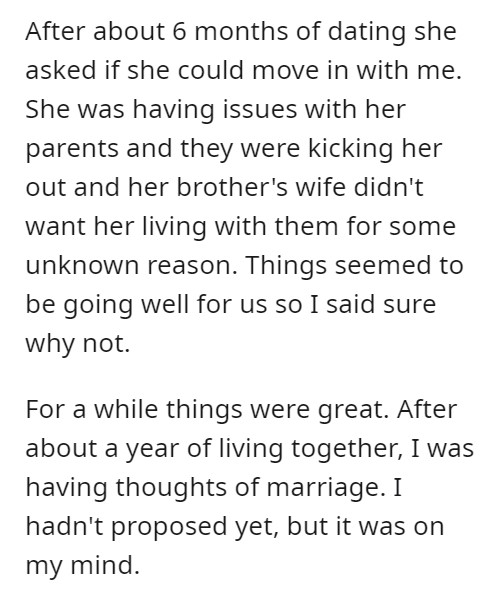 I think we can all see where this is going but that does not make it any less sad. 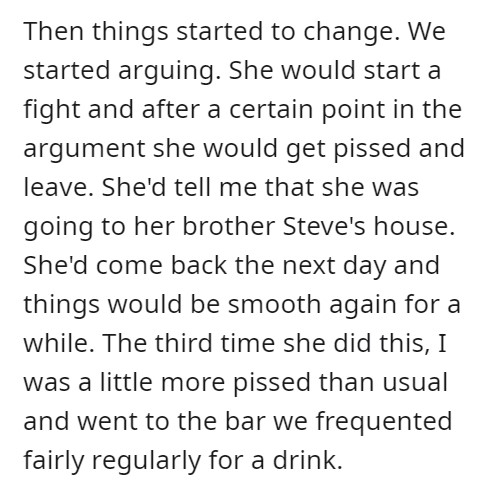 She must not have thought he would come to the bar they actually visited together many times. 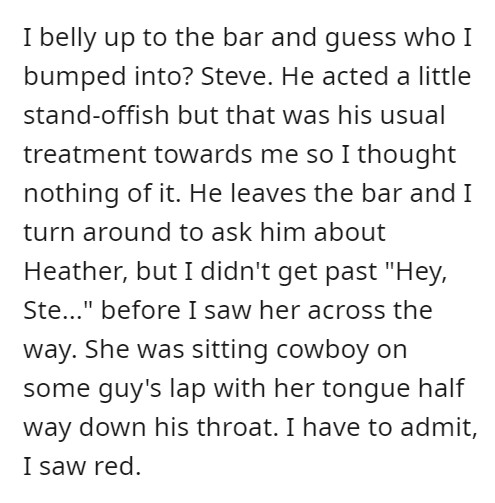 Even the bartender thought they had broken up but that was going to be the truth pretty soon. 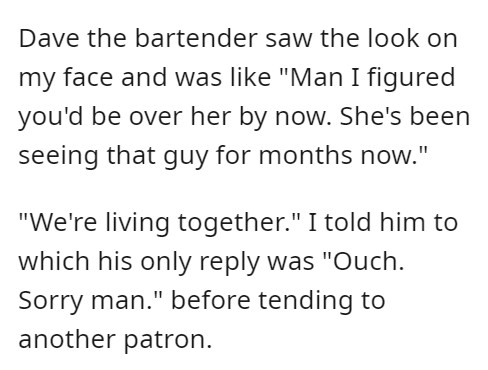 And this is when he planned his sweet revenge. 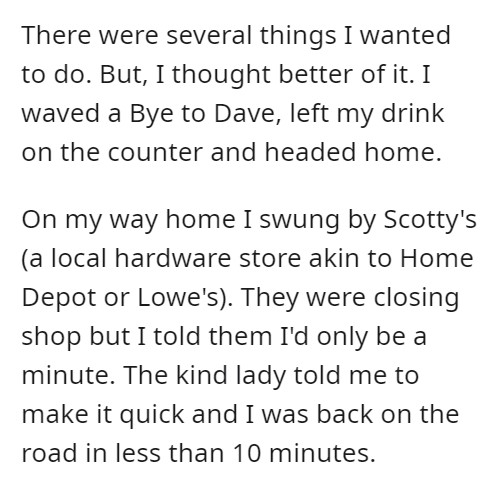 He thought she might be there already but she was apparently too busy messing with her new bae. 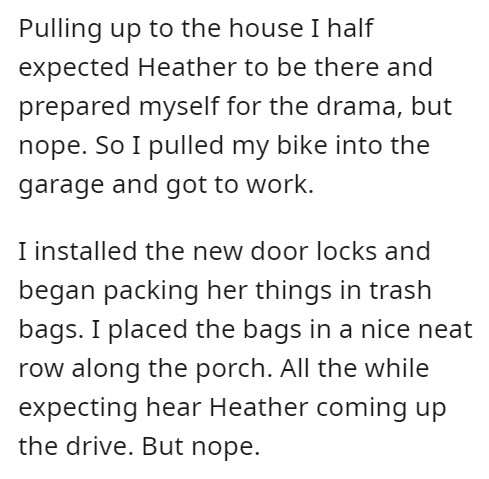 Love it. Would’ve been even better if you’d left her wondering why you’d suddenly dumped her, no explanation whatsoever. Then called the cops on her for trespassing. –BanannyMousse

I am glad Steve didn’t tell anything to his sister or else we might not have gotten this reveal. 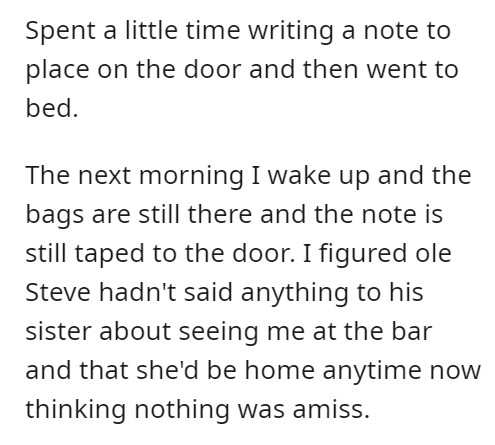 Safe to say, she was not expecting what happened next. 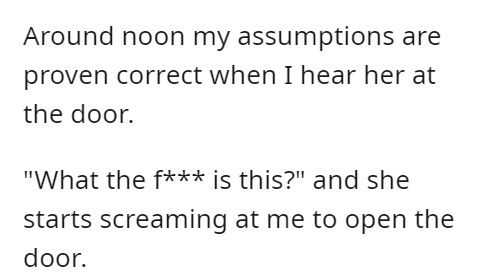 After a lot of crying and begging, she packed up her stuff and left. 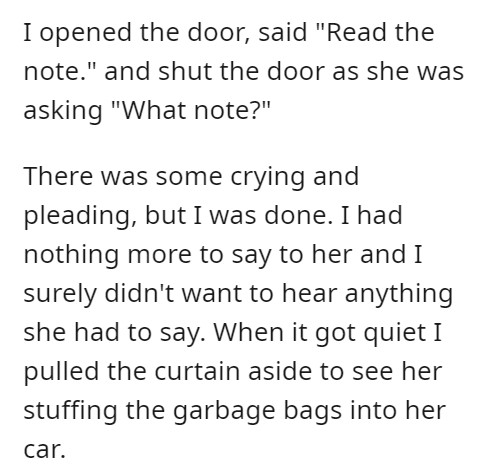 I had a buddy with a similar experience except his “Heather” would be gone for a couple of days…so once he found out he just called the movers and put all her shit in a storage unit 1 mile down the road. The note on the door was similar except it had a key to the storage unit taped to it.

He got bonus points because he went out of town on business for a month and literally never saw her again. A couple of million ugly voice mails were the only tax he had to pay for a well-executed break up/eviction. He says all the time it’s the best $284 he ever spent… –Darth-Obama

Thankfully he found out before he put a ring on that cheating finger. 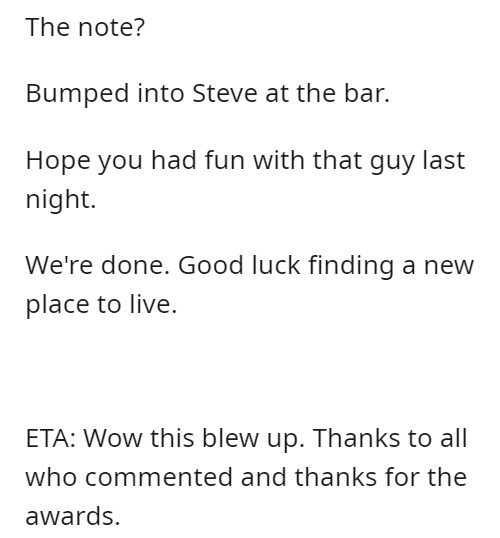 What would you do if you saw your partner cheating on you? Would you make a scene or plan revenge quietly? Comment down below and let us know.