The world is pathetic enough as it is, it doesn’t need people who claim to love a person but at the same time sleep with others. It’s downright disgusting and whoever does it deserves no forgiveness. Imagine spending every minute of your day thinking about the love of your life while they’re in bed with someone else. It’s devastating and beyond fixing. Sadly, infidelity is more common than we think. People don’t know what love is and just like the idea of it. So, they go around destroying not just their own but the lives of innocent people who genuinely thought they had found “the one.”

This problem is so prevalent today that it’s no longer surprising. But, what’s surprising is the logic people have behind this disrespectful act. Much like the guy in the following post who was getting married. He wanted to have a bachelor party with his friends that involved something immoral and disgusting. Sadly, he saw nothing wrong with it and termed the whole thing as a “joke.” Fortunately, one of his friends timely warned his fiance about everything. But, doing so, he also “betrayed” his best friend.

Read the whole story below and decide whether or not he did the right thing.

AITA for telling my friend’s finance about his bachelor party fantasy?

Standing up for what’s right is not an easy thing to do, especially when you have to go against your friends and family. It can easily cost you your relationship with them, but that’s the exact reason why doing what’s right is always hard and doing what’s wrong is always easy. This guy may have lost his “best friend,” but he also saved a woman from marrying a bad person. So, he’s not wrong at all. If anything, he’s a hero!

Imagine how horrible their married life would’ve been… 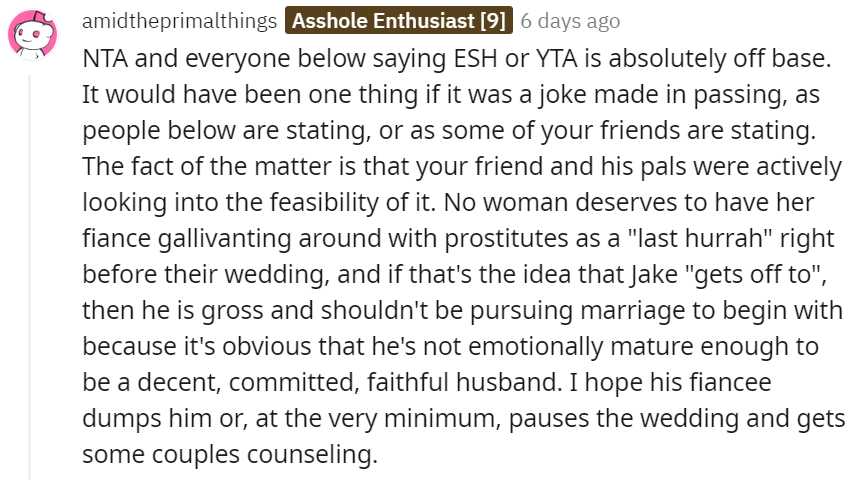 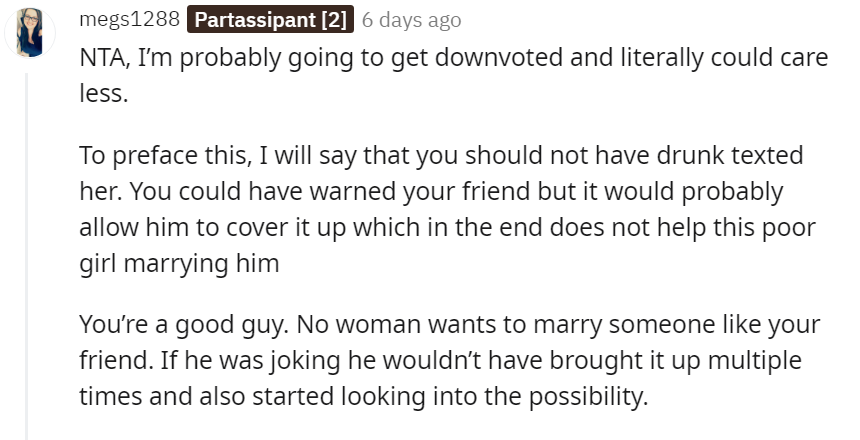 Thank God he managed to text her in time.

As far as “betraying” is concerned, he never exactly told her the plan. He merely mentioned the bachelor party (which she had no idea of). 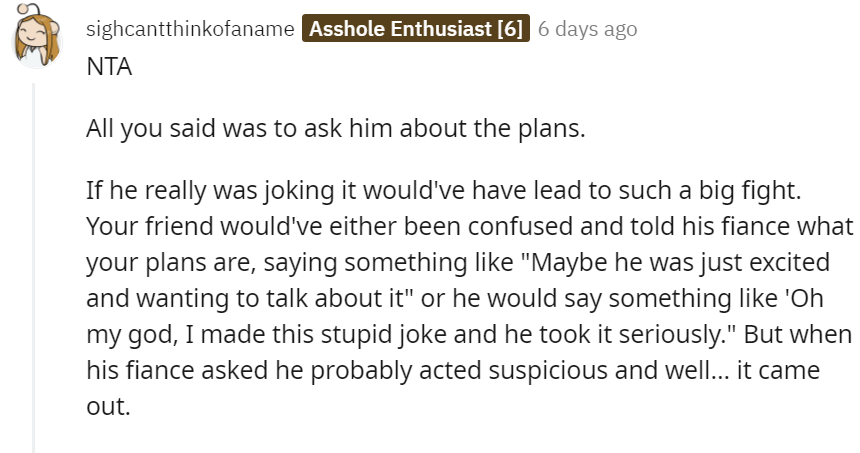 If we connect the dots here it makes perfect sense why he never mentioned the party to his fiance. He knew he wasn’t joking and he knew she wouldn’t approve and so he kept it a secret. Hence, proved. The guy who texted and saved the fiance’s life was not wrong.