Before you grab your pitchforks to shun me. Let me explain this statement first. You see, I am not the one saying it but the infamous ‘nice girls’. You might think the name ‘nice girls’ refers to people who are decent human beings. But it is actually quite the opposite. Nice girls are usually the ones who always mention how ‘good’ they are and that their partners should be lucky to have them.

Did I mention they are really ‘nice’? Jokes aside, even when they do something wrong, they will never admit it and always put the blame on their partner. While I have never personally encountered a nice girl before, by the overwhelming posts on the Internet, I can see they are not a force to be reckoned with. Because they will always put the blame on anyone but themselves.

You can see this firsthand by taking a look at the following conversation.

How many times do I have to say this? Being nice is not a personality trait! 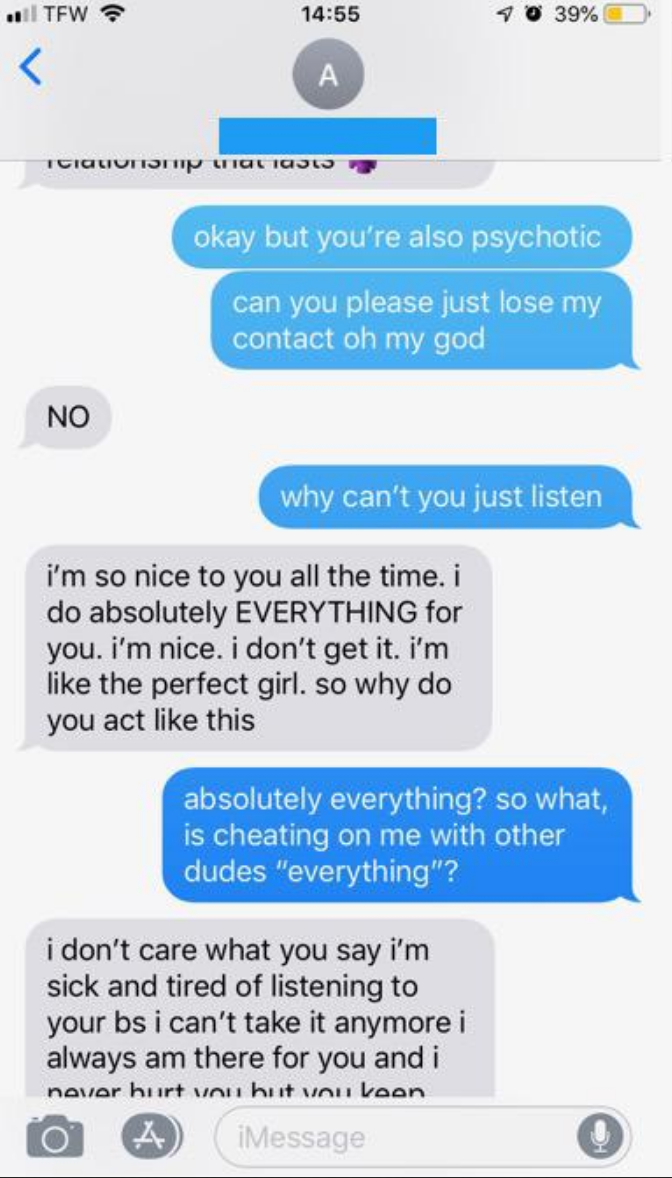 Humans are not Disney princess. Being ‘nice’ isn’t the only thing that is required when you are into a relationship. And ignoring that how is cheating nice? Sometimes I don’t understand how the minds of these kinds of people even work.

She never hurt him? Is she even reading what she is sending? 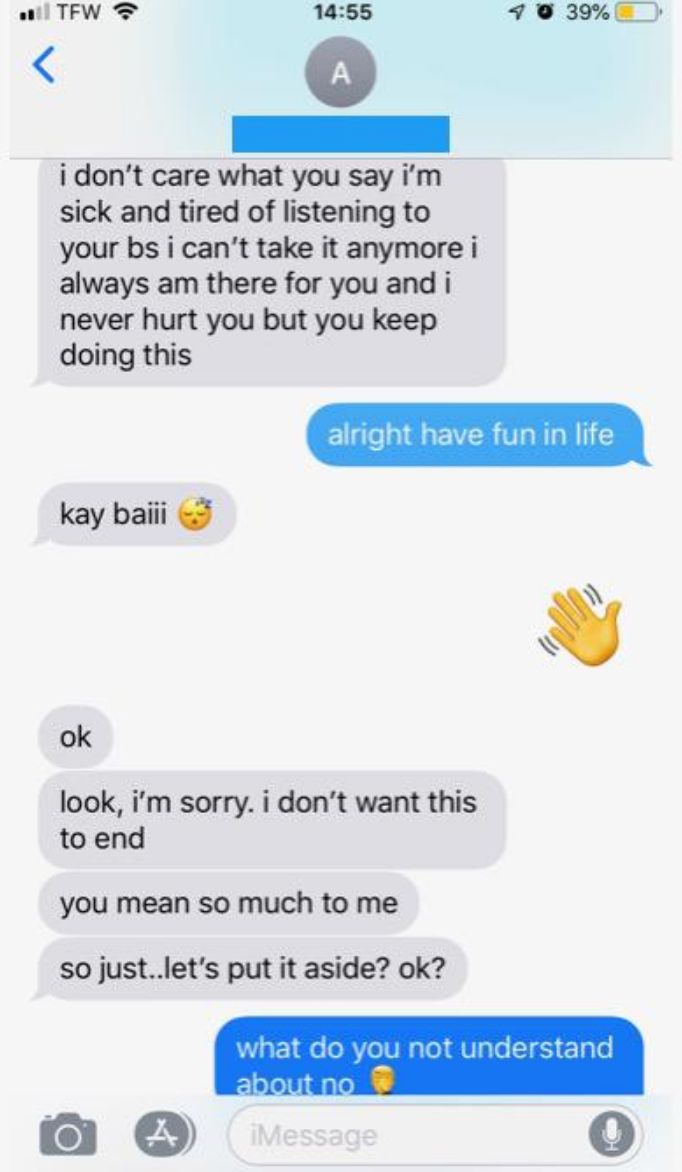 So why not break up with him if you realized he doesn’t like you anymore? Wouldn’t that be easier? 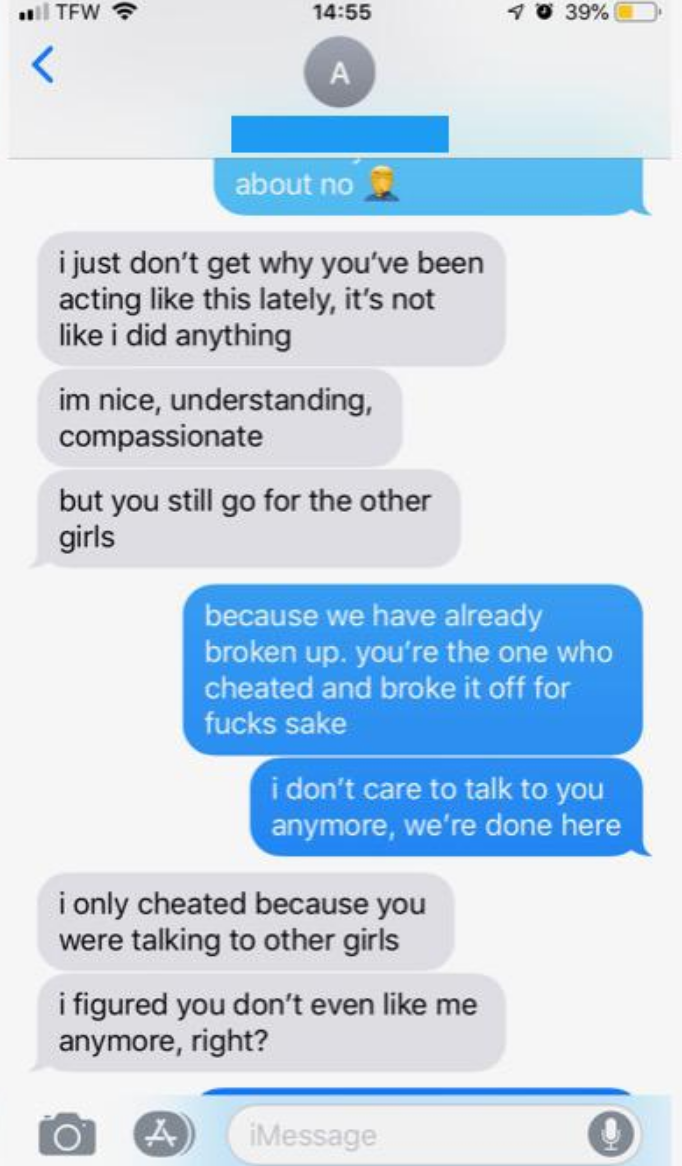 How is he the one making excuses? 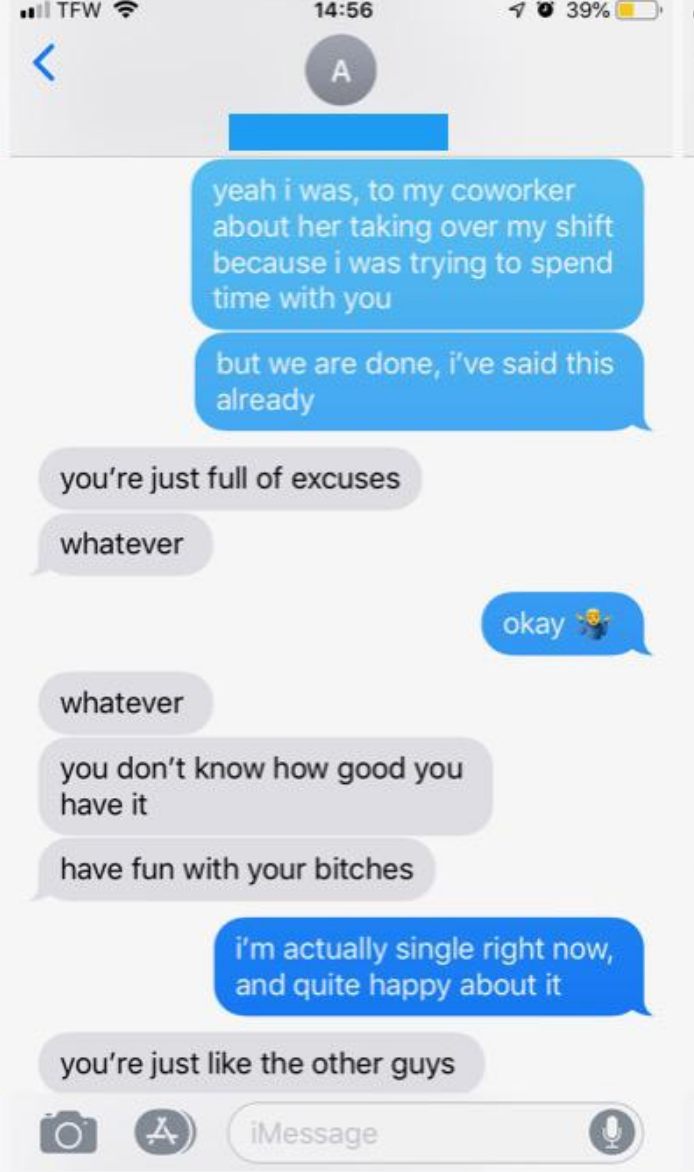 My ex claimed she cheated because I didn’t sleep with her a couple of times. The times she said she didn’t want to have s*x. Her logic was “well you didn’t try or force me, so I assumed you didn’t love me.” Then she said her co-worker was always trying to sleep with her so he showed her more love than I did.

There is some flawed logic in cheaters indeed. –UndergroundFlaws

I can attest to this fact that being single is indeed very much fun most of the time. 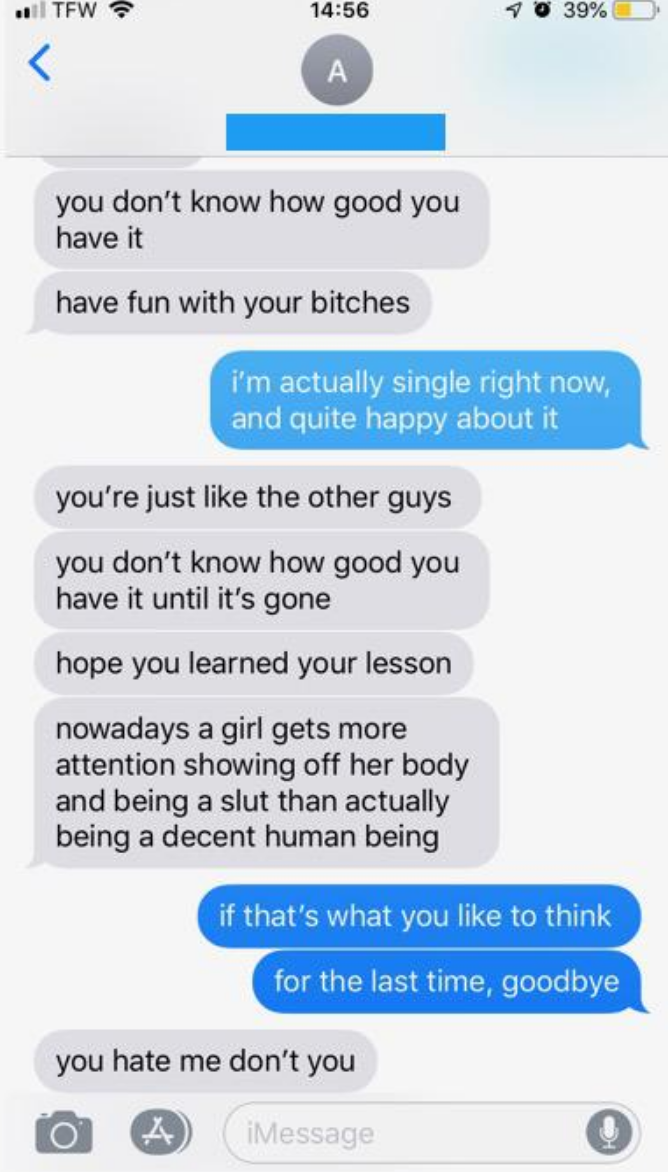 Talking and ‘cheating’ is not the same thing. 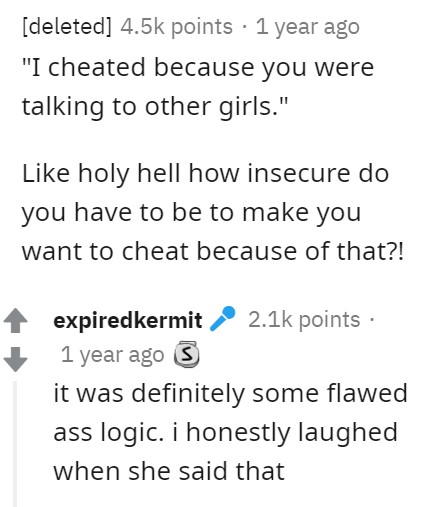 I bet this guy will regret ever leaving her cheating a**. 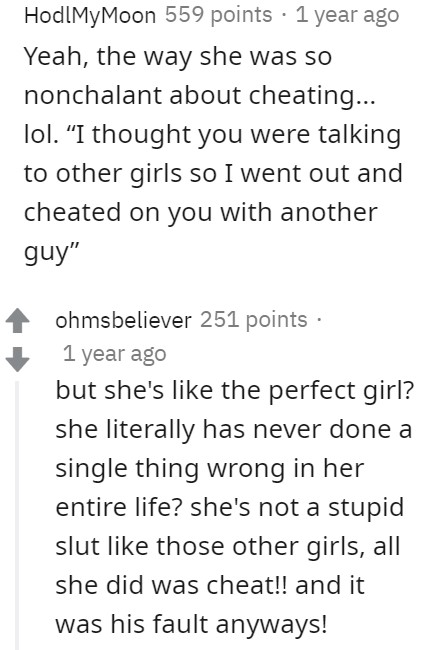 I guess it is true what they say ‘love is blind’. 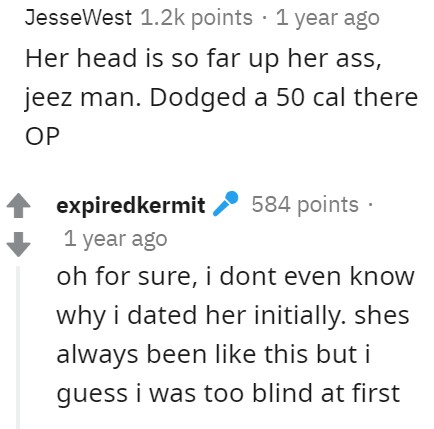 Have any personal experiences with nice girls? If so let us know in the comments below as we always love to hear from you.