Not everyone wants children.

We say this time and time again. It is perfectly fine to not want children. After all, we are already dealing with overpopulation so if someone doesn’t want to bring another individual onto this Earth, it shouldn’t be frowned upon. And at the end of the day, many people are well aware if they can care for a child or even if they want to. So if someone has chosen not to have kids, there will be a perfectly valid reason behind it and that may also mean they don’t like to spend their free time with any kids period.

However, people seem to think kids are universally liked even if their behavior is quite bratty. And if you are family, you have to want to spend time with them. Well, this woman didn’t want to do that. You see, she is an Aunt and while she does enjoy some time with her nieces and nephews, she doesn’t always want to be around them. However, it is also understandable that most mothers would want to bring their kids with them if they go out.

Many of us can understand her point of view as she has chosen not to take on a role that might not be for her. 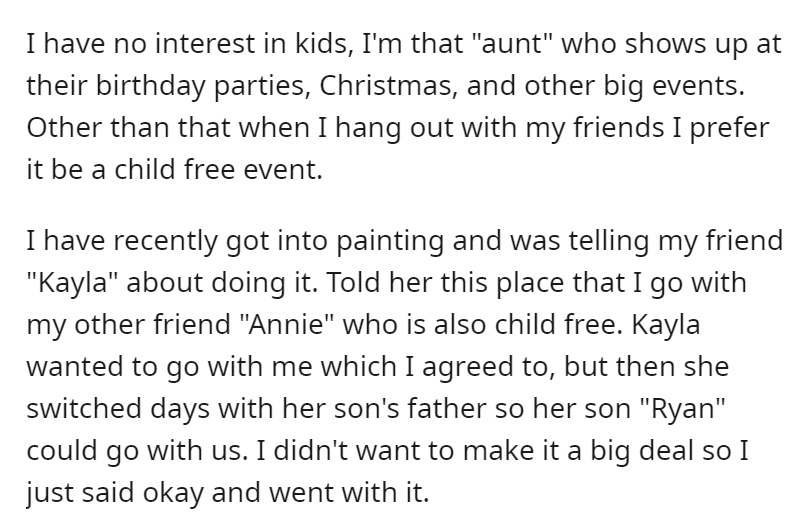 She was fine with this happening once but she didn’t want this sort of thing to become a daily occurrence.

So she was quick to set the record straight.

However, her friend did not appreciate that and now she is not talking to her. 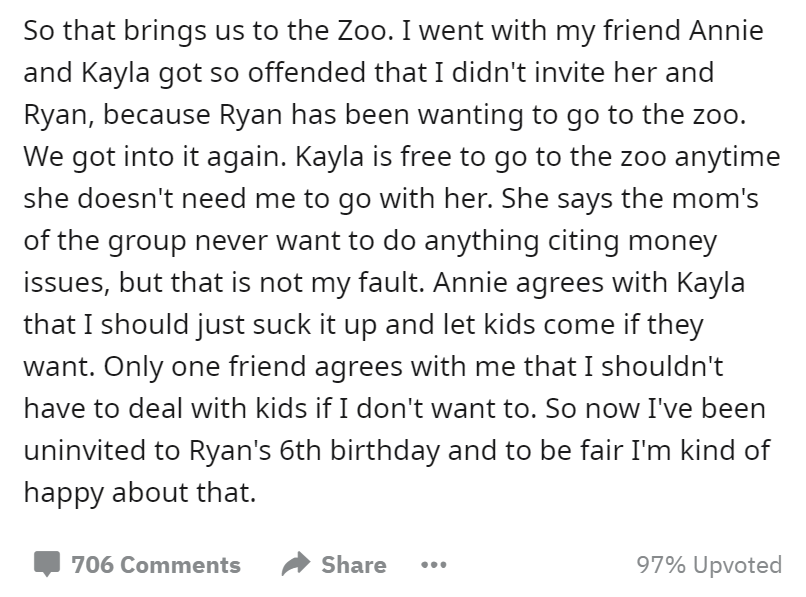 People in the comments were quite split on who was right here. 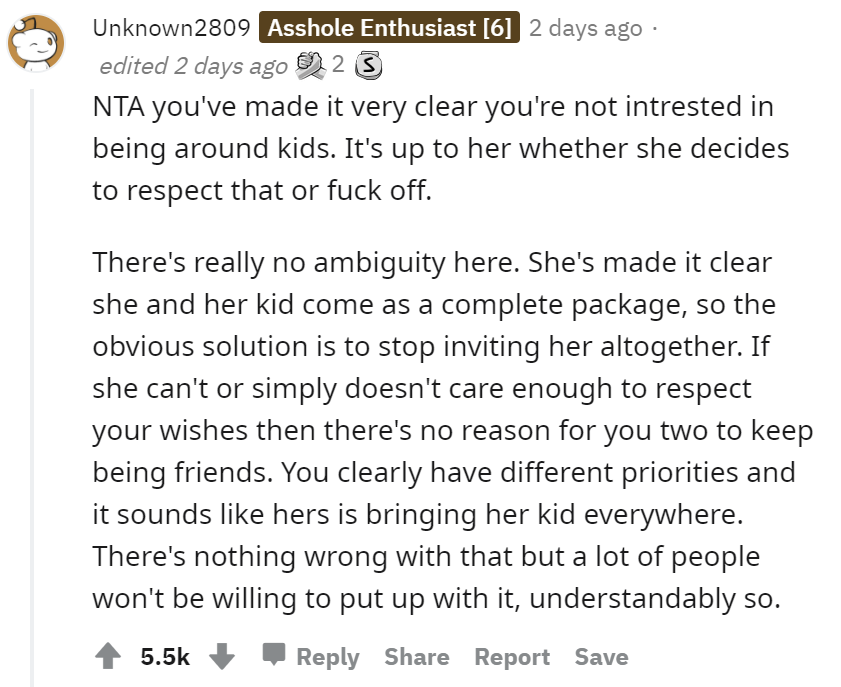 I have kids and when I have time for my friends, I don’t want to hang out w kids, mine or theirs. And yes, I sometimes get grief from friends w kids when I want child-free time. It’s like when you become a parent, it’s expected that you give up all of your personal self. All I ask is a few hours a month without kids and I still get side-eye. I’d love to have more friends without kids…I’d respect your kid-free zones!! –Platinum-Blondie

Some said that she shouldn’t have been so hard on the mother. 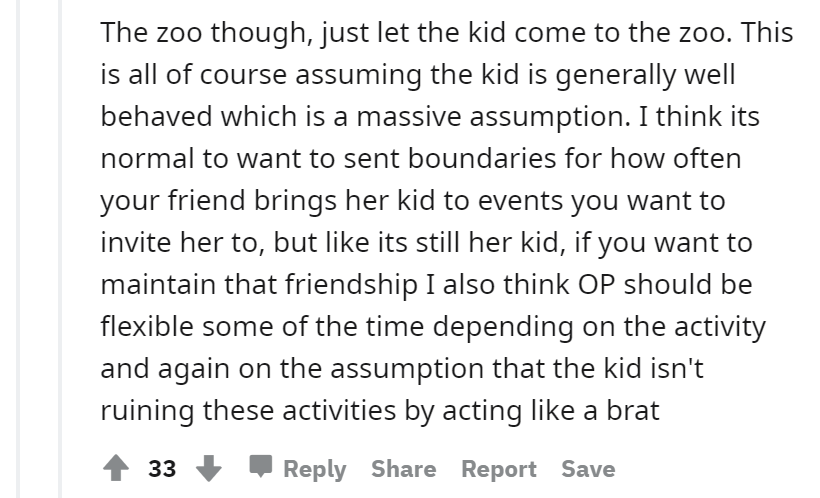 While others thought that she doesn’t have any obligation to other people. 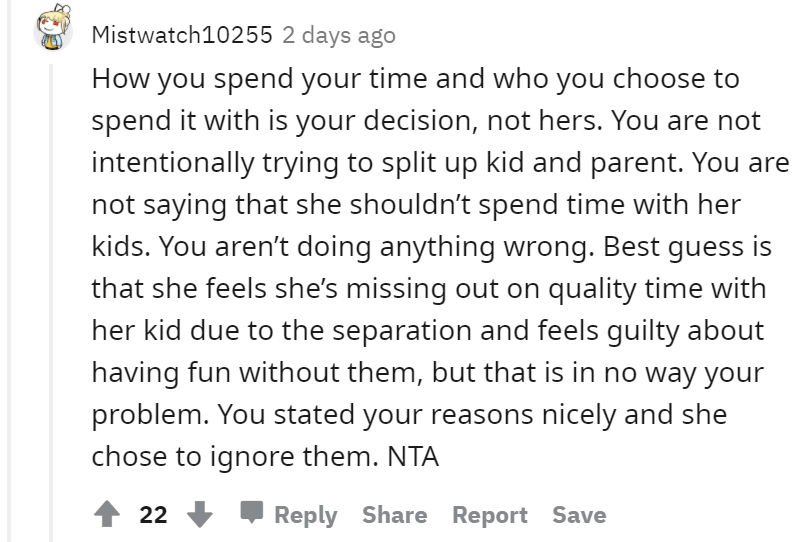 People even had some explanation on why this happened in the first place. 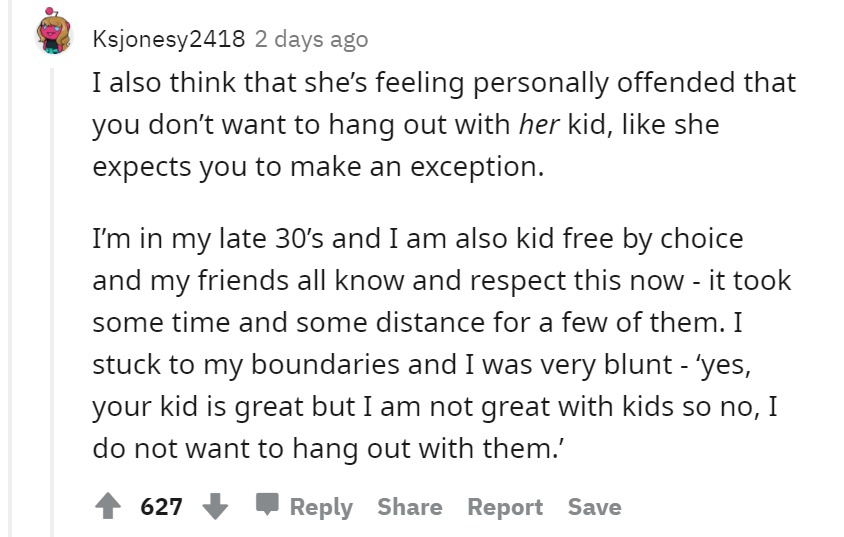 Mothers should respect the decisions of their friends. 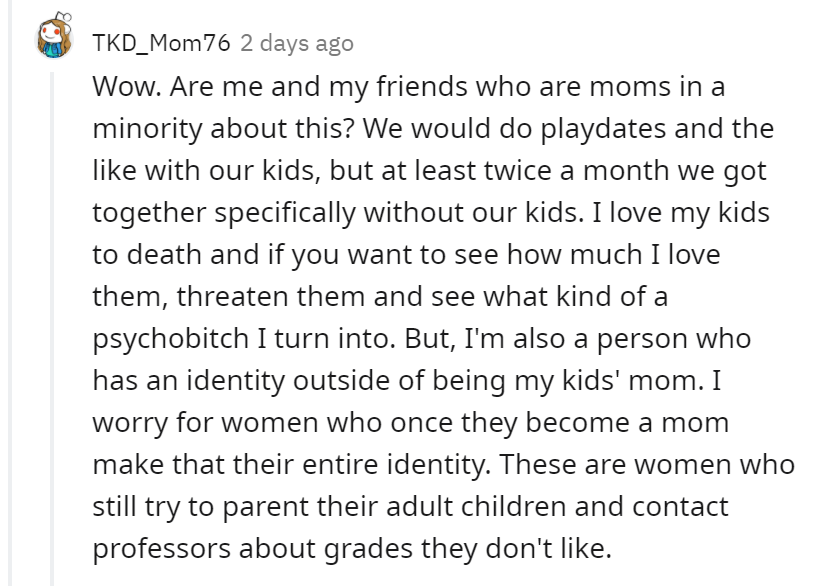 And some even had questions on why would anyone bring a kid to a wine tasting. 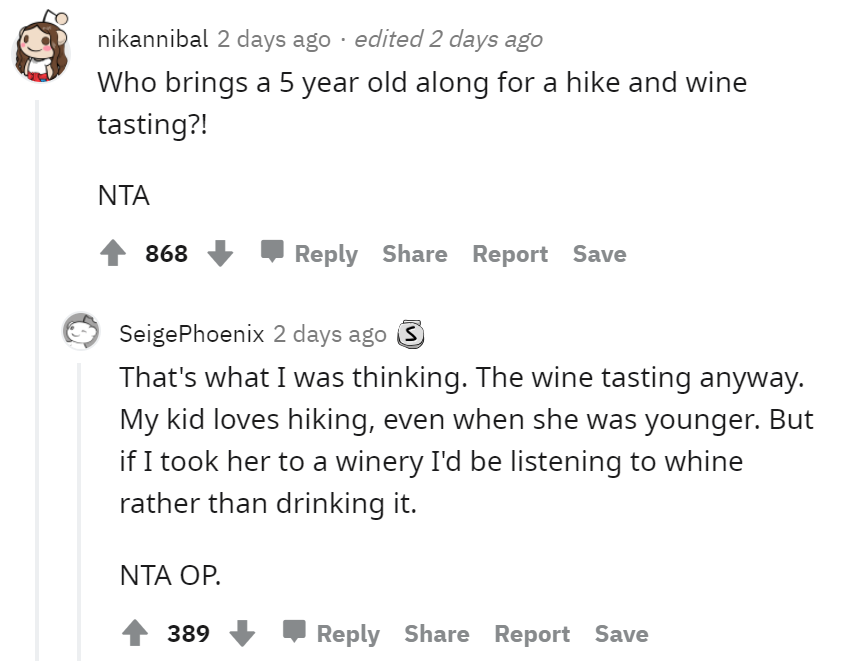 I’m 37 and childfree myself, one of the last few without children among my friends. My friends with kids generally use time with me as an excuse to not bring their kids someplace to have “grown-up time.” It sounds like Kayla doesn’t have mom friends who are actually able to do stuff, which sucks for her but also isn’t your problem.

I WILL say that I’m side-eyeing you a bit about not including the kid on a trip to the zoo. The zoo is one of the ultimate kid-friendly activities, and having gone with some of my friends and their little kids to the zoo before, it’s really easy to disengage from a kid wanting to play on the playground, throwing a fit, or whatever else by just saying “Hey, we’ll catch up with you at the gorillas”. You are not unreasonable for wanting to hang out with your friends without kids. But if you are unwilling to bend about every single occasion being childfree, you will very likely lose your mom’s friends. If that’s okay with you, that’s fine.

There’s a common ground to be found between you never wanting children along and Kayla always wanting to bring Ryan. For the sake of the friendship (if you want to keep it), it might be best to find it. –hannahsflora

But we soon got to learn that a lot of individuals do that. 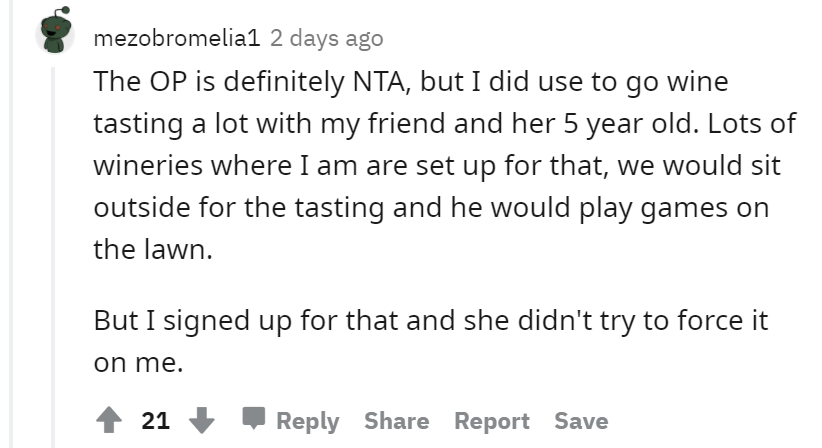 It should be clear that there is a reason she did not want kids in the first place.

What is your opinion on this? Do you think OP was too harsh on her friend? or do you think it was her choice and her friend has no reason to get angry about it? Let us know in the comments below.