It is true that our parents want the best for us but sometimes they do not really know what is best for us.

Parents usually wish their children would grow up to be doctors or engineers or lawyers so that they can earn a lot and be successful. The truth is, these careers are not for everyone. And it is not like there are no other careers left in the world. However, most parents think that these are the only careers that can make money and always shun children that have interests in another line. So what if your child wants to be an artist, athlete, or even a childcare worker? If they are happy with what they do, that is all that should matter. Your child’s happiness should always come first. That is one thing a lot of parents need to realise.
This Reddit user got told by her parents to get a “real job” as she is a childcare worker. However, she immediately shut them down by telling them that she earns more than all of her siblings. It created a lot of drama in the family. Scroll down below to read the whole story.

OP explains her job and how it is totally worth it to work as a nanny. She explains that she makes good amount of money and how she is living stress-free. 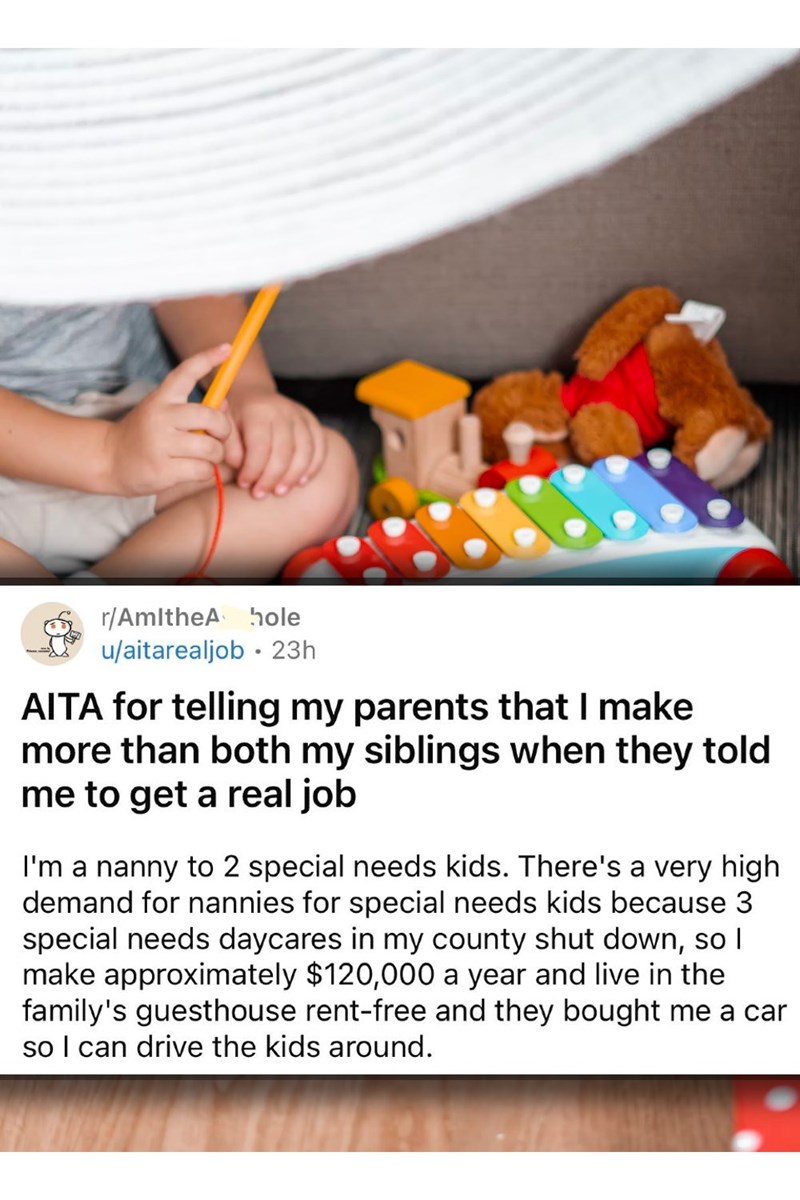 She further explains that how her parents and her aunt pursued her to pick a different major. Telling her that she won’t make enough money if she majors in child development hence asking her to ”pick” a field that pays more.

She was furious after hearing this and confronted her parents once again. She raised the point that she makes more money than her siblings and that she’s been doing more than fine with where she currently stands. This however boiled to the point where her parents hung up on her and infuriated her siblings to blame her for everything.

This is what some other Redditors had to say regarding this AITA Reddit session. 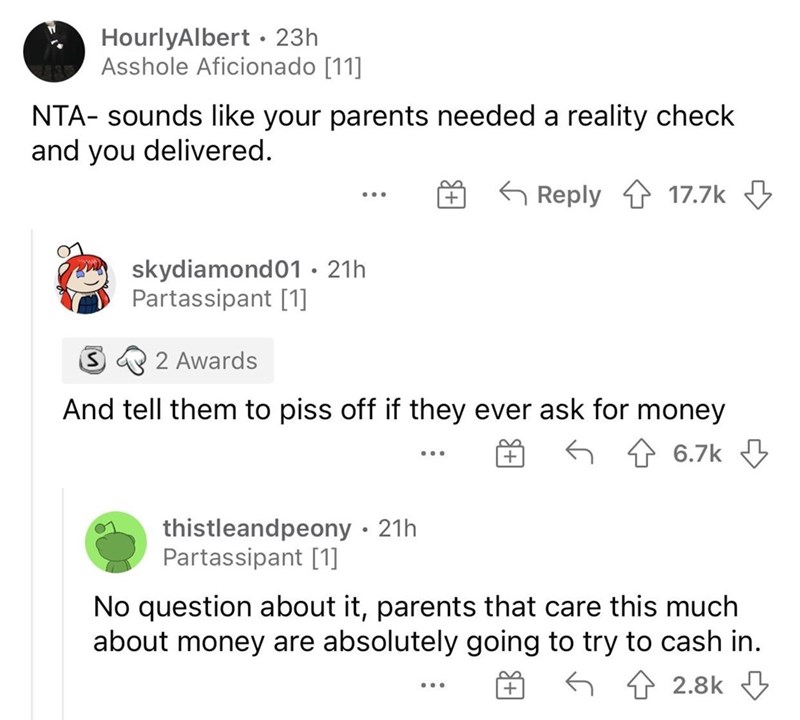 She was titled ”NTA” by other Redditors and people took her side for defending her career. 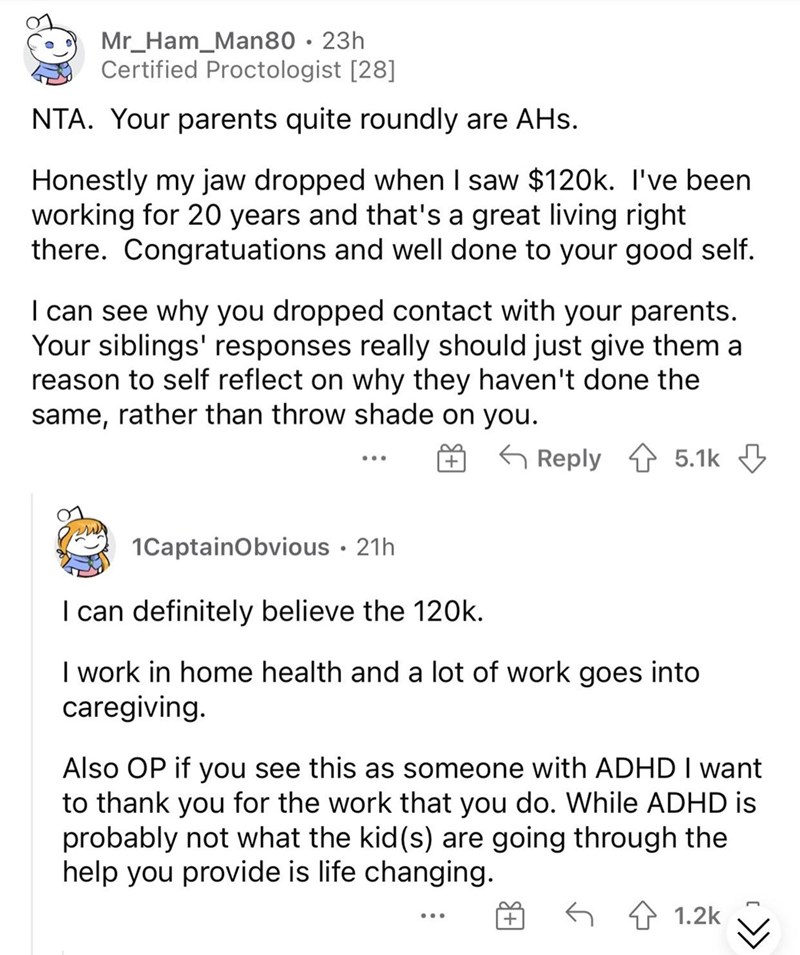 Some people criticised her parents for not being understanding and making OP feel like as if she has done something really bad. 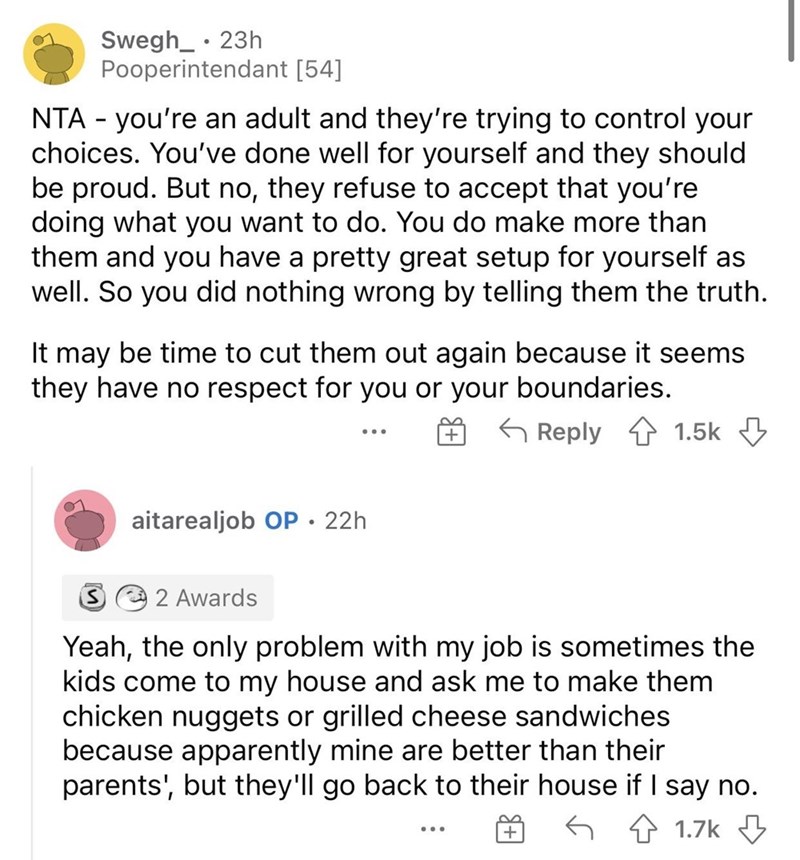 Almost everyone took OPs side. 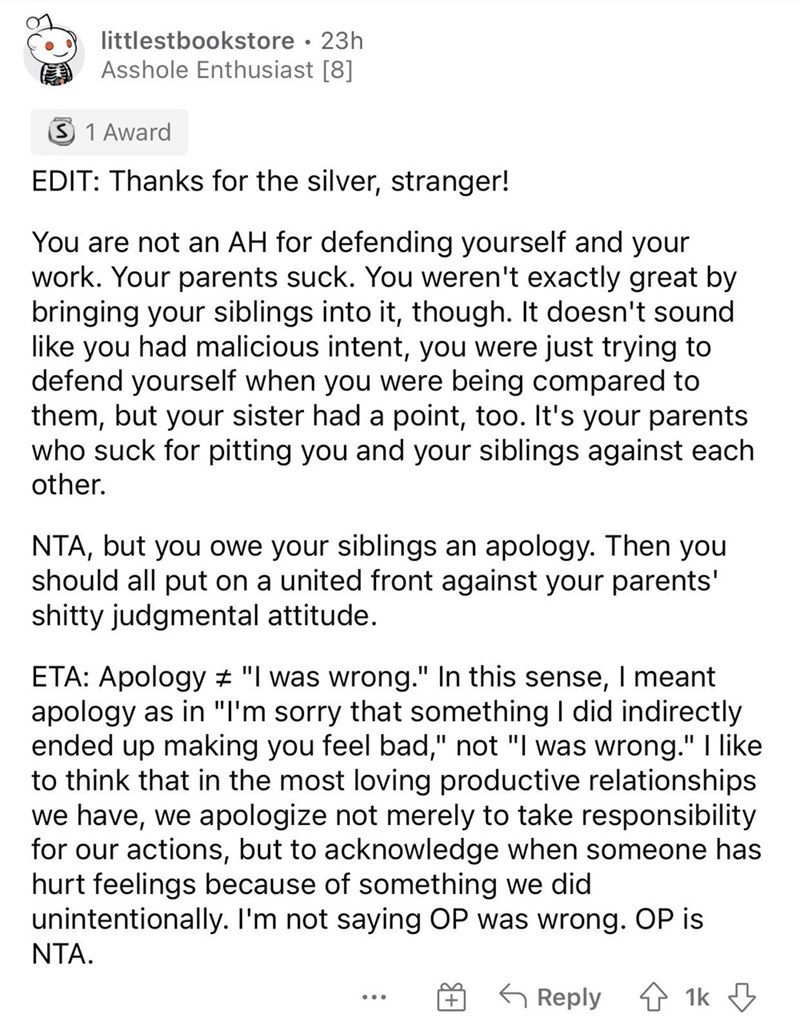 It’s very common for parents to judge their child’s career path with professions like engineering, banking or going for a doctorate but the truth is, there are a million career paths that can pay way better than these professions. And not only can they make you money but working somewhere with your interest is the best thing that can happen in adult life.

So with that said, we conclude this story. Let us know your thoughts on this in the comment section below.