And this revenge was in the making for a long time. Not many people love their higher-ups even if they do like their jobs. It’s probably because people have this need to show off or think they are better than others just because they earn more. And the managers and higher-ups obviously earn more than the general workers.

However, they sometimes seem to forget who does the actual work. At least that is what happened in this case. The middle management seemed to forget who was actually doing all the work and decided to have a huge pay cut. What made this worse was that the management was actually getting a pay increase while all the other staff was getting nothing.

Just scroll on below and take a look at what the employees did next.

First, we get to see the structure of the company. 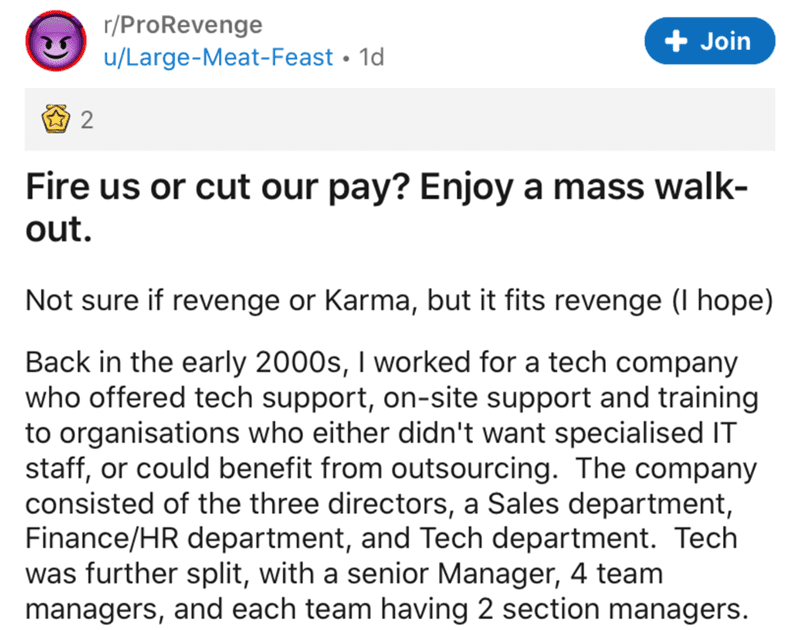 And it seems quite middle management heavy which makes sense regarding this story. 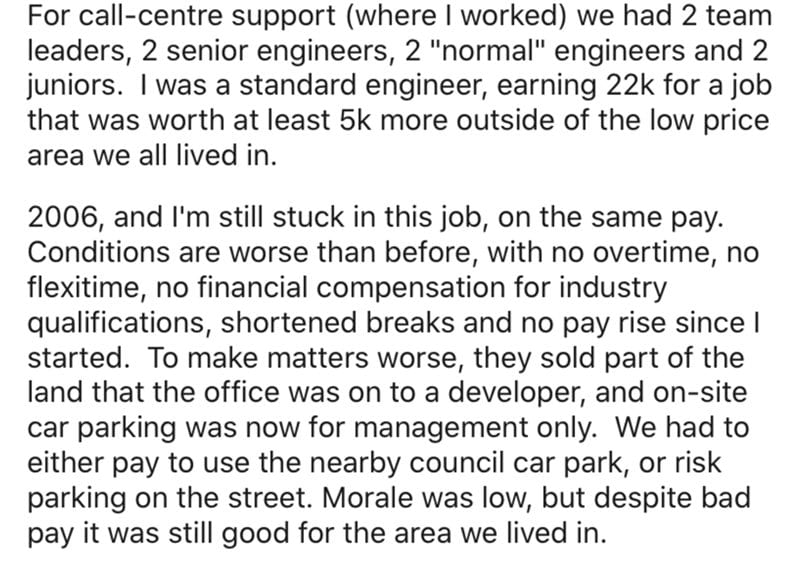 Things weren’t the best at the job but it was at least better than some in the area. 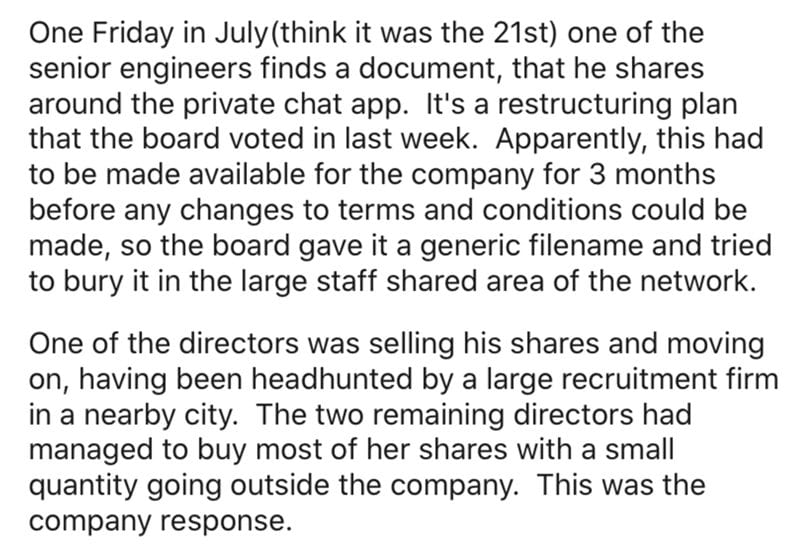 However, that is when most employees learned something about their futures. 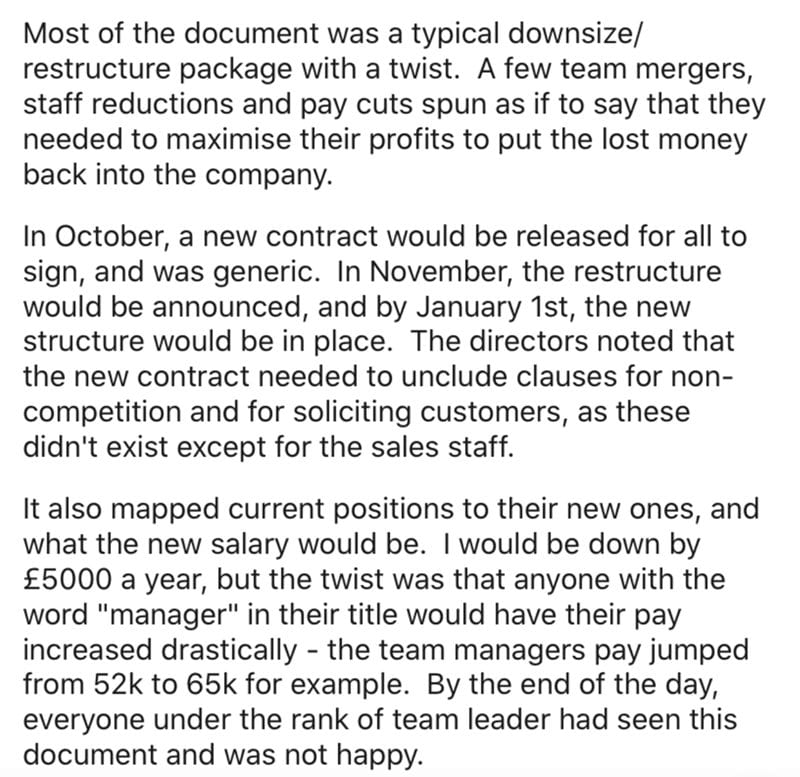 So they decided to do something about it rather than just get walked upon. 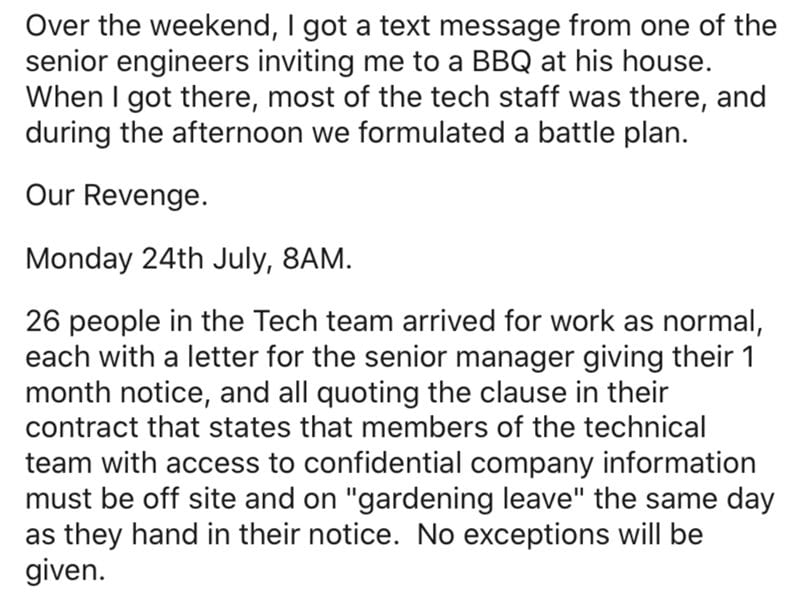 The management was in a frenzy at this point not knowing what to do. 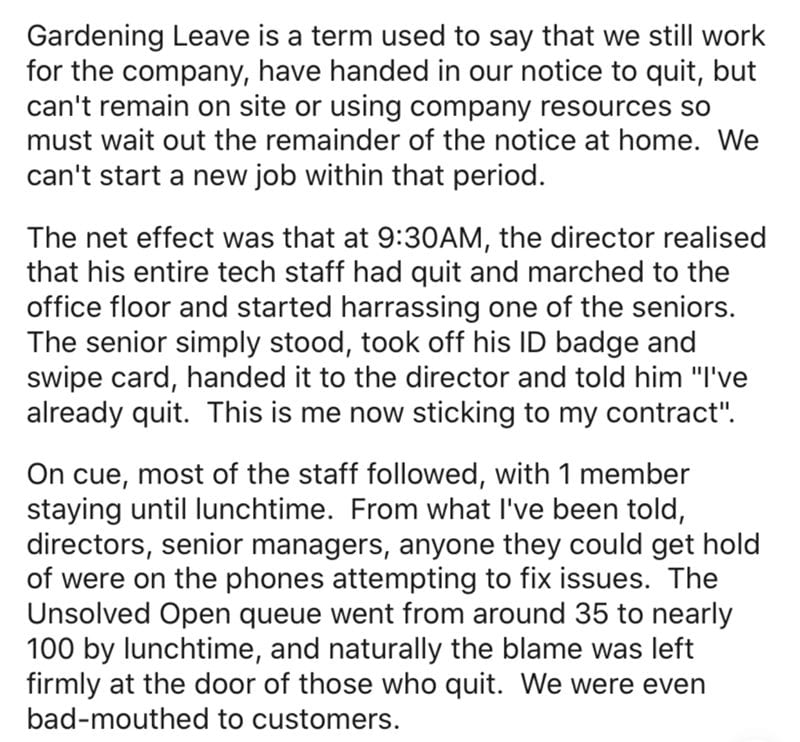 Call center I work at (union shop) had a strike 15 or so years before I joined. They had managers and everyone else they could answering calls. The thing is, most managers don’t actually know how to do our jobs, nor use the plethora of DOS based software that was used for the different systems in use at the time.

And as it turns out after the mass walkout the company didn’t last long either. 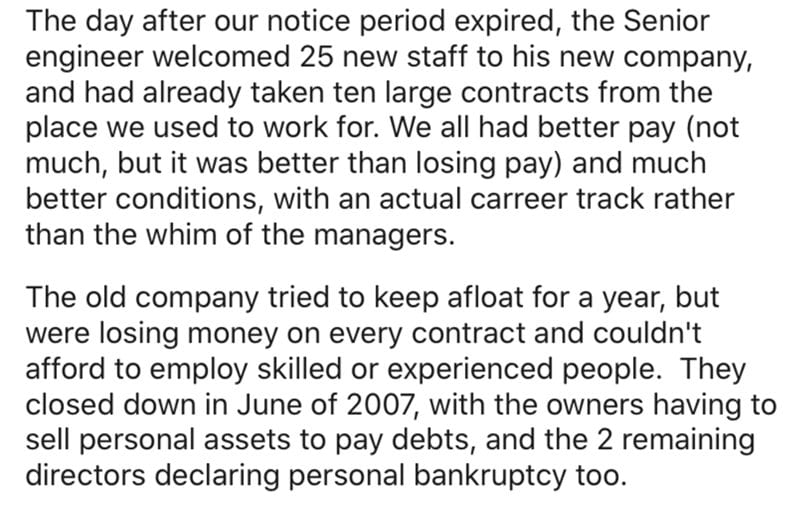 The original poster also had the following to add.

The area of the UK I live in is low-cost. Housing prices are 20% that of the major cities, and pay tends to be low anyway, but I’ve come to expect that.

I could take my same skillset and move to somewhere like Leeds, Manchester, London or any major city and instantly double my salary, but I totally refuse to have my salary cut so some manager can get a pay rise.

This is what happens when you mess with the wrong people.

While a single employee isn’t able to do a lot when they get mistreated when they band together it’s an entirely different story. The management should have expected that there would be some backlash. After all, nobody wants to get treated like a doormat.

Did they learn though? Didn’t they blame everything on the employees walking out? 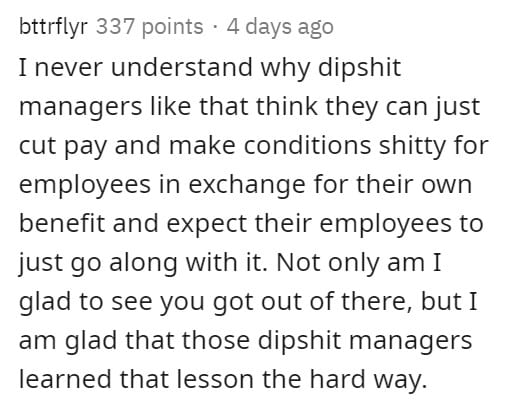 Because when you get stuck between a rock and a hard place, you have to stay in the same place. 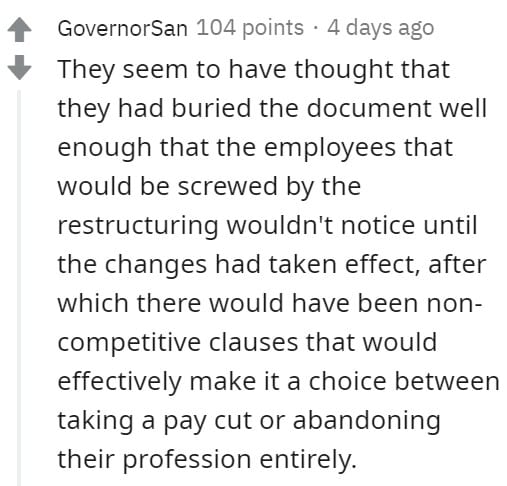 And the managers get what they want by doing very little. 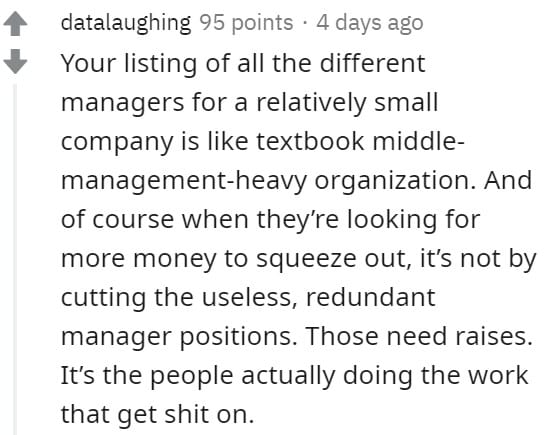 He got a job with an actual future. 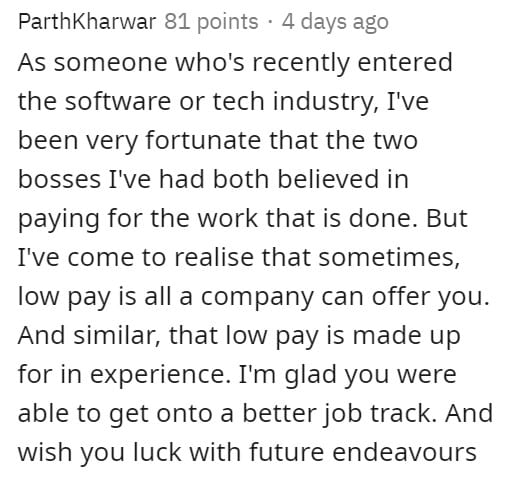 But when they do, it’s quite glorious. 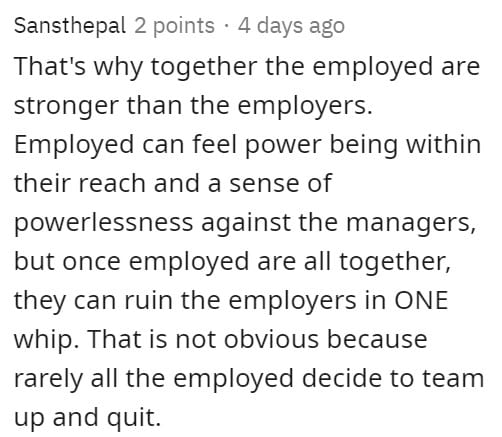 Would you ever do this if your company mistreated you or have you already done something similar in your life? Comment down below and let us know your story. Don’t forget to share it with others as well.