Meet Barsik, the chonkiest boy ever.

Just last year, this fluffy boy weighed a whopping 41 pounds! Even though cats look adorable when they are fat and fluffy, so much weight brings a lot of risks to their health. That is when Barsik started his journey to get healthy, and he is still just as adorable! After Barsik got adopted by his lovely family and got welcomed in his forever home, he had to follow a very strict diet to get himself back to normal. Yes, he was famous for being a big old fluffball, but now he is famous for his motivational journey! He now weighs 22 pounds.

Due to his weight, Barsik was a very lazy cat. He would not play around much, but now he has got a case of the zoomies and is much more cuddly and active!

Barsik weighed so much, he had to be carried around in a stroller. 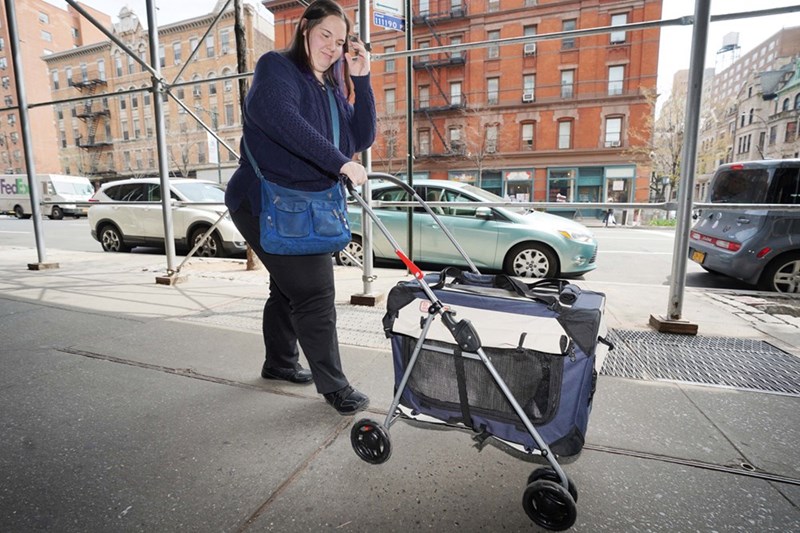 Barsik was adopted by 35-year-old Meredith Adams from the Anjellicle Cats shelter in Hell’s Kitchen. “He loves dry food, but he is very, very addicted to it,” shared Adams while explaining how she has to strictly monitor his portions.

This is Barsik at 39.8 pounds with his vet, Dr. Jeanne Klafin. 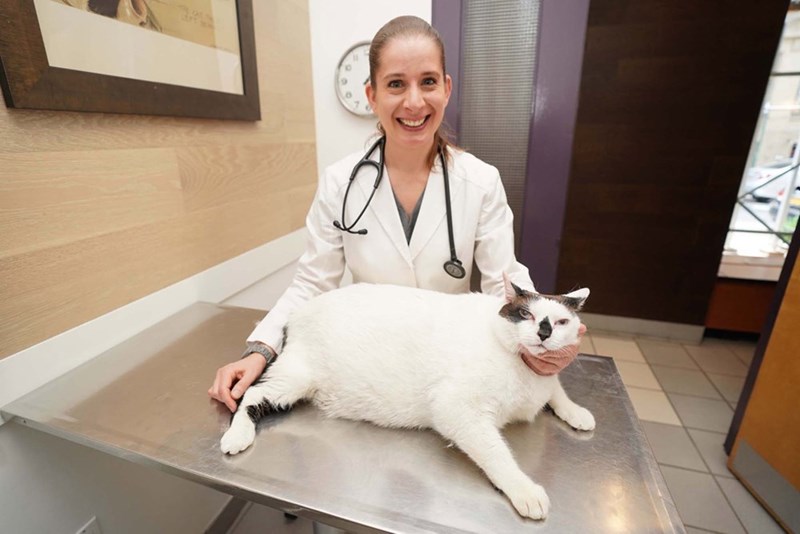 The 6-year-old Barsik had his portions reduced by a quarter slowly, it wasn’t much. But it was very helpful in the long-term. “He does pretty much everything regular cats do — jumping around, at night he gets the zoomies,” Adams talked about his physical activity and night routines. “He is a regular cat now.”

His foster family claimed he was healthy even when he was overweight. However, Barsik still has to work a little more on his chonkiness, as his weight goal is 16 pounds. 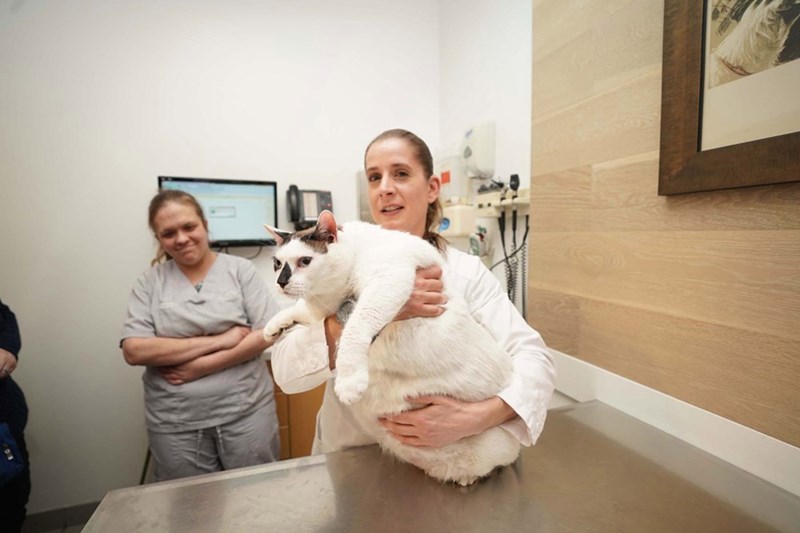 “His blood work was actually perfect,” veterinarian Jeanne Klafin of Animal General said last year. “It’s very unusual. … Sadly, it’s just a case of him being overfed and under-exercised.” Even though Barsik does not feast like a king anymore, he still acts like one. “He has a big personality. He is very demanding, he is very vocal, but he is also really friendly,” Adams said. “When I come home from work and get into the building, I hear his meowing all the way down the hall. He wants his food, but he also wants to say ‘hi’ to me.”

Barsik was featured on the cover of New York Post in 2019. 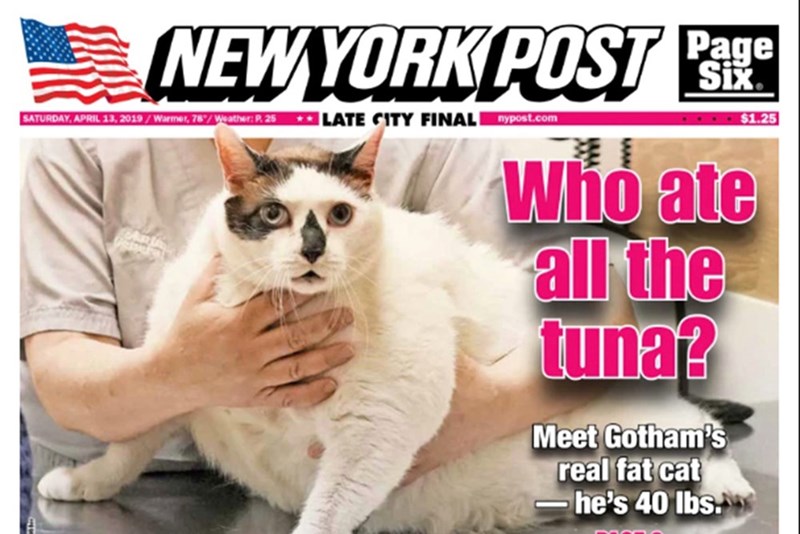 “They told me he would never be cuddly, but he can be cuddly sometimes,” said Adams. “He really likes to be under the covers. If he is on the bed and I lay down next to him, he will start purring.”

Barsik gained a lot of followers thanks to his journey, and on his Instagram account, bigbarsik, he has over 22K followers! 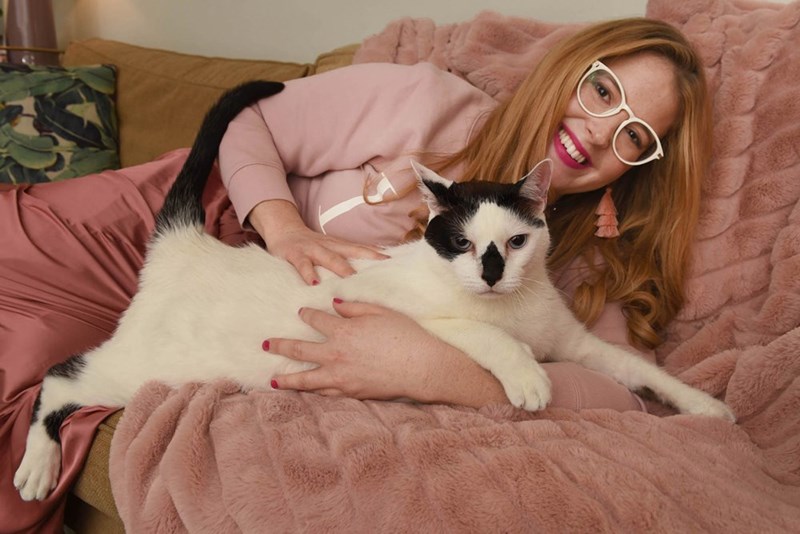 Barsik’s family is planning to celebrate Barsik’s journey on November 29th. Rather than gifts, Adams has asked Barsik’s fans to donate to Anjellicle Cats instead. 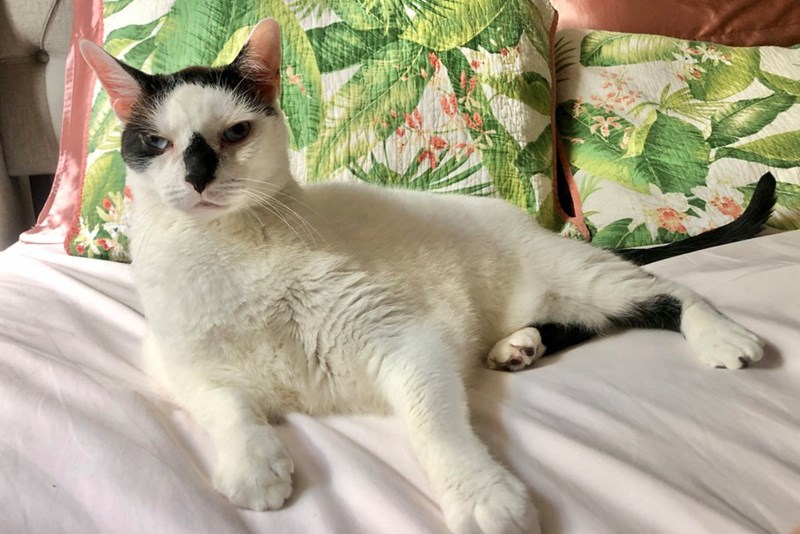 Aren’t you happy for this good boy? You can congratulate him on his journey in the comments below!