Just two roommates, sitting in their apartment, 5 feet apart because they’re not gay.

Pranking your friends can be really fun, but only if you don’t cross the line. There is a thin line between being funny and just being cruel. Some light-hearted humour never hurt anybody. However, things always seem to get wilder after alcohol gets involved. Once you are flat out drunk, you don’t even remember half of the crazy things you do, but that is the fun of it. A party without alcohol? Sure, it can be fun too. But alcohol just takes it more to the next level.

This guy on Reddit shared his Halloween story and people are in fits. He dressed up in his roommate’s ex’s clothes as a joke, but things took a different turn after they both got drunk. This is one story the roommate will wish he never remembers. Scroll down below to read the whole incident:

It was Halloween night and the roommate had just recently broken up with his ex. 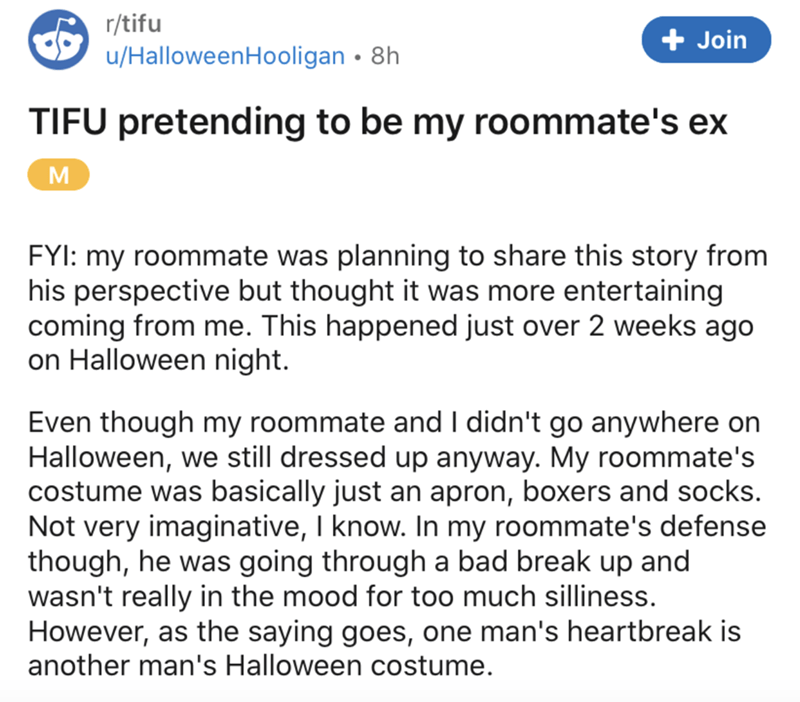 The guy seems like a clown for sure. He tried on his roommate’s ex’s clothes and they both got drunk and passed out.

The guy woke up to his roommate trying to pick him up because he thought that was his ex. Which is weird, he should at least ask. 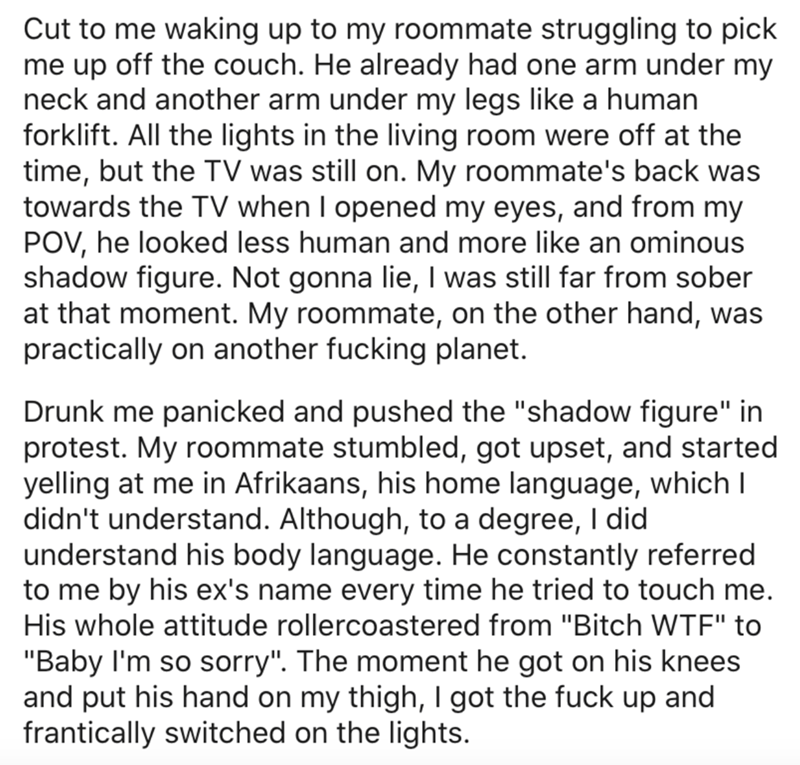 The guy turned on the lights and his roommate realised what just happened. Well, that was awkward. 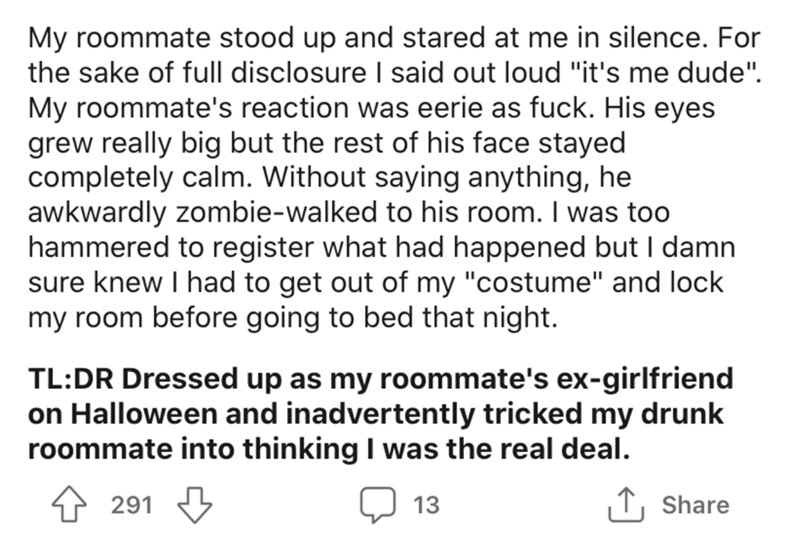 Things escalated really quick for these roommates. This always happens when alcohol is in the picture. If you want to escalate things really fast, just take a few shots. But these two dudes definitely were on another planet. If they aren’t so close, there would probably be a lot of awkward silence between them, but if they’re cool they might just laugh it off.

Some really wanted to know the story from the roommate’s perspective.

Things stopped before that, which must’ve been scary for the guy.

Living up to his name; Halloween Hooligan.

What did you think about this story? Share your thoughts with us in the comments below.