Why do some people think they are owed s*x?

There is no eloquent way to say this but there are a lot of people around the world who think that just because they are nice, that means that the other person has to sleep with them. I am not pointing at any single gender either as this sort of stuff can happen to anyone and it is horrible. Now, I don’t have a lot of faith in humanity after reading so many stories on the Internet but I think this particular one just forced me to face reality all at once.

I have read many things in the years I have been doing this job but a babysitter asking the girl he used to babysit to hook up with him takes the cake. I am not even going to say anything about the age difference because that is something entirely different and each to their own but this is the KID he used to babysit. I have no idea how he thought this was a bright idea. Not only that but he also had the gal to call her slurs after she rightly refused.

You can read the text messages between them yourself though I am not sure if you would even want to.

I have to warn you that this is going to be a very weird thread.

Even he admits that this is weird but still goes on to ask a stupid question.

And it is not even surprising to see him pick a very ‘nice guy’ response. 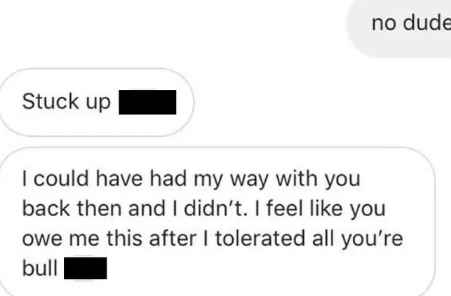 People in the comments were surprised by the whole interaction, and I don’t blame them. 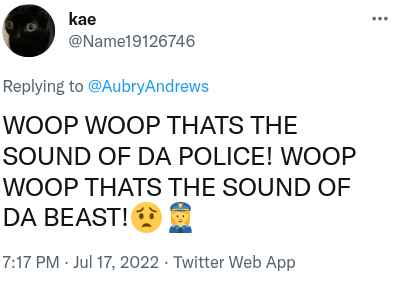 I thought there was a limit to how disgusting humans can be, but apparently not. 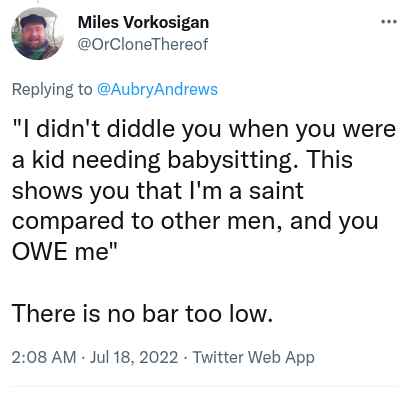 She does need to send this message to everyone he knows, especially his parents. 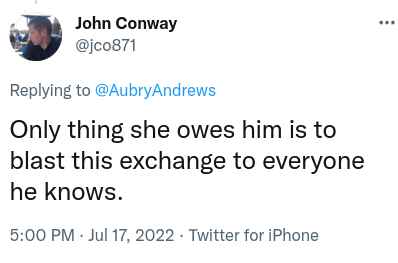 That would be great but I doubt that the police can do anything about this. 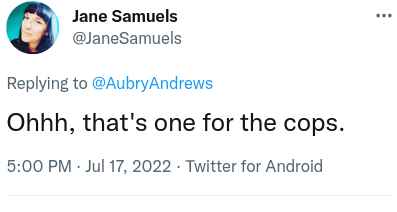 I don’t even want to think about what he was insinuating there. 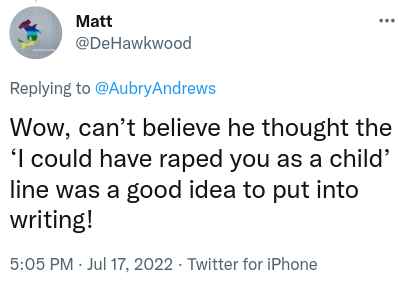 I am surprised that his parents let him babysit at all if they knew about his thought process. 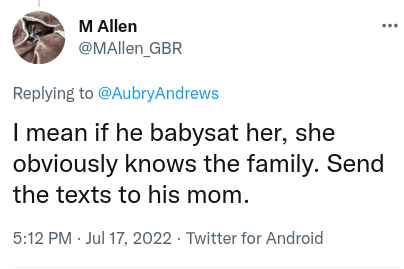 It is a very weird concept that is way beyond me.

I am well aware that this is a culture where a lot of people have a weird obsession with babysitters and think they are hot but this is not only the opposite but also quite creepy. Even if were to ignore the first message as simple adults talking to each other and wanting to know if the other wanted to hook up, the proceeding messages make it clear that this guy needs to learn a lesson. He needs to understand that this is wrong on so many levels. And she needs to message everyone he knows so that he never babysits anyone ever again.

I hope he doesn’t babysit anymore because I cannot handle the thought of that. 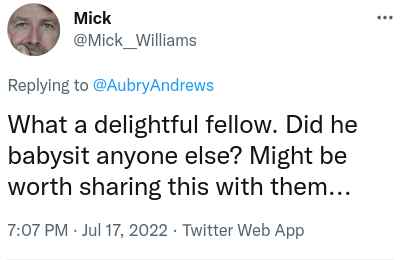 I think this particular image sums it all up. 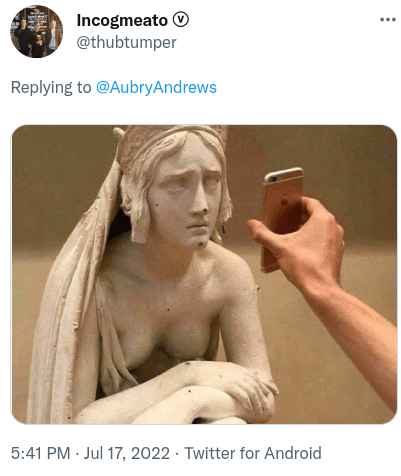 What are your thoughts on this whole interaction? Has something similar ever happened to you? If so, what did you do? Did you message everyone that person knows or did you simply block them? Comment down below and let us know. Also, don’t forget to share this weird and shocking story with others.