There should be a valid reason for getting a divorce.

Whether it is because they are not working out or they just don’t love each other anymore. However, leaving someone just because they got sick is a grade-A douche move. I fully understand that taking care of someone who is sick is not the ideal situation and nobody ‘wants’ to see their loved one in that sort of way. But that doesn’t mean leaving them when they need you the most is any better.

And yet I have seen so many stories where people do exactly this. I guess the vows ‘in sickness and in health’ don’t mean that much to them. They just say but they are ready to act the way they talk. Although this particular story doesn’t end that way. He might have left his wife because she got sick. But I bet he is regretting that decision now.

You can see why scrolling on below and taking a look for yourself.

I can already see that the Israel man has the perfect name in this story. 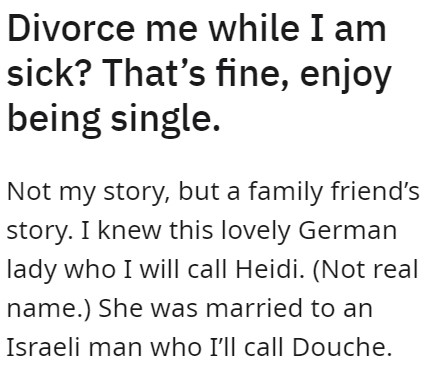 Turns out he isn’t being called a douche for one reason. 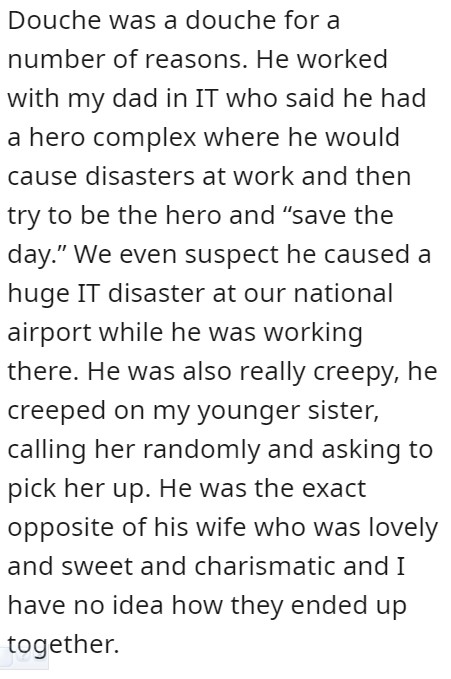 And she apparently didn’t marry a douche. His point? 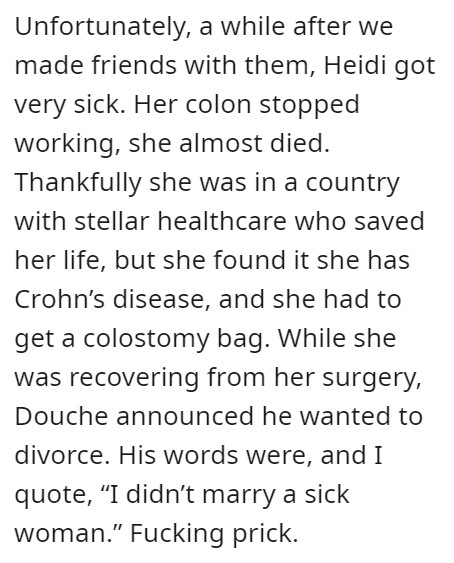 Honestly, he didn’t deserve Heidi in the first place and it is good that she saw his true side. 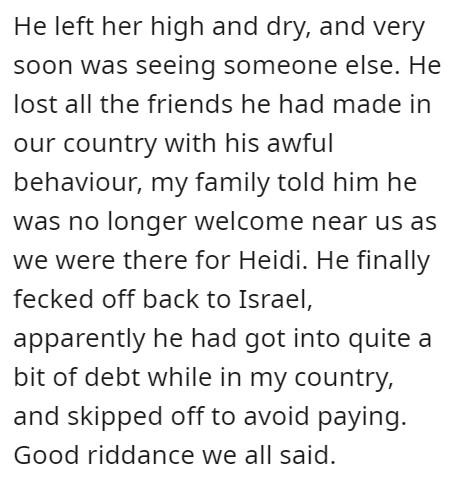 I am glad she moved on to live her best life after the divorce. 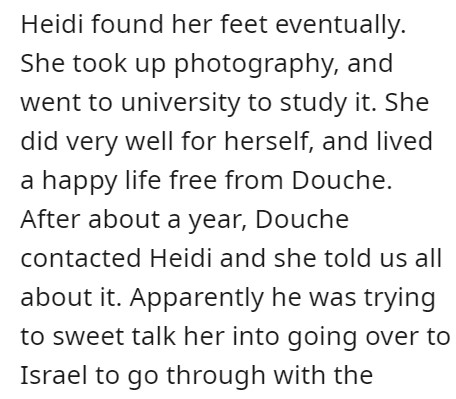 However, ‘moving on’ for him was a bit more complicated than he had hoped. 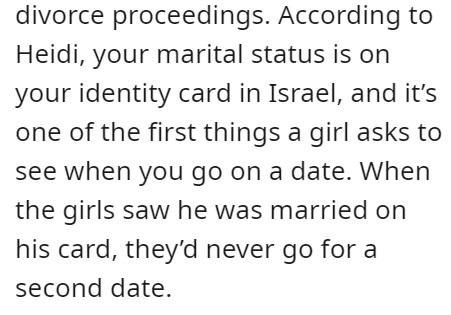 This is beautiful. Typically in Israel, due to really messed up marriage laws, the husband can refuse divorce and it becomes a whole thing where the wife is stuck in this situation where she can’t remarry or even really date. It’s kind of poetic that it’s going the other way this time.

Side note, if she wants to be even pettier, it would be a terrible shame if she told the creditors about where he lives now. Even more shameful if they file a lawsuit in Israel where the debt gets pulled immediately from his bank account. –FBI_Rapid_Response

He deserved much worse than that but at least he got a taste of what he did to her. 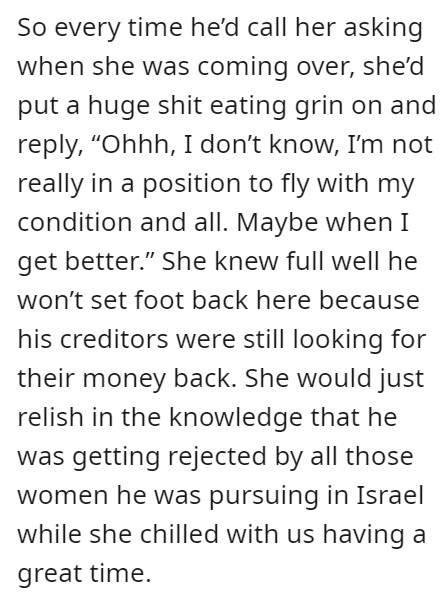 Who cares what he is up to? 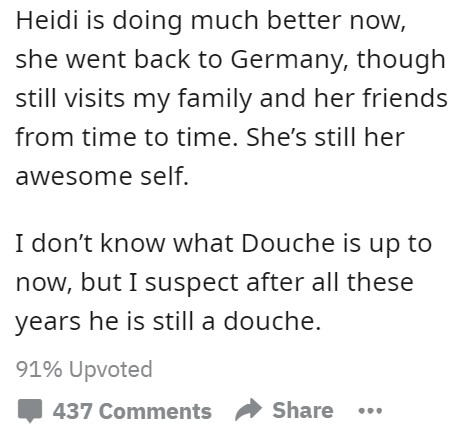 I suppose that is how the law works. 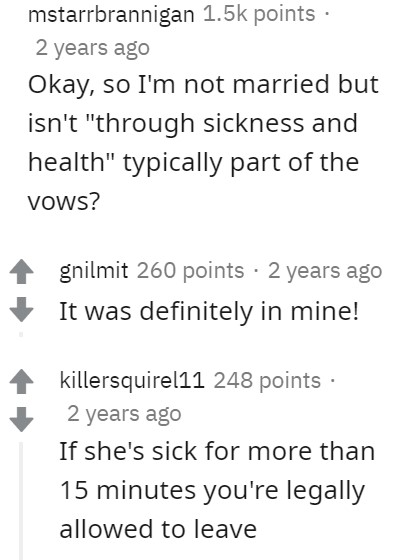 While that sounds like fun, wouldn’t hold so well in the court of law. 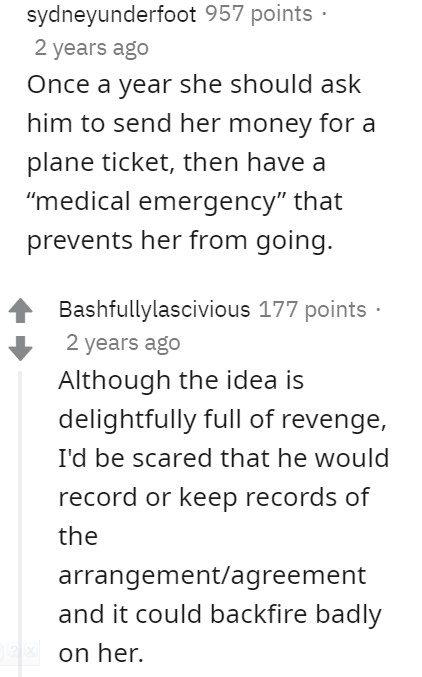 Do you think the guy deserved what he got? Comment down below and let us know. Don’t forget to share so your friends can comment as well.