How ignorant can one be?

That is a question that I ask myself every day while I read these sorts of stories. It honestly makes me lose the little faith I have left in humanity. I can understand mistaking someone for an employee but not accepting that they don’t work there is another thing. Why would anyone lie about that? And isn’t the uniform self-explanatory?

I am always shocked to see these entitled people who think they own everyone and everything. So today we have a story of an entitled Karen who refused to believe that a customer did not indeed work at a store. And why did she refuse to believe? Because the customer knew where everything was.

If that were an accurate way of finding out who worked where I would be an employee at every store. There are big sins everywhere ina store. How could someone not realize where the things are? But apparently this woman is blind as well as ignorant. The best combination.

Touching someone without their explicit permission? It’s already so wrong. 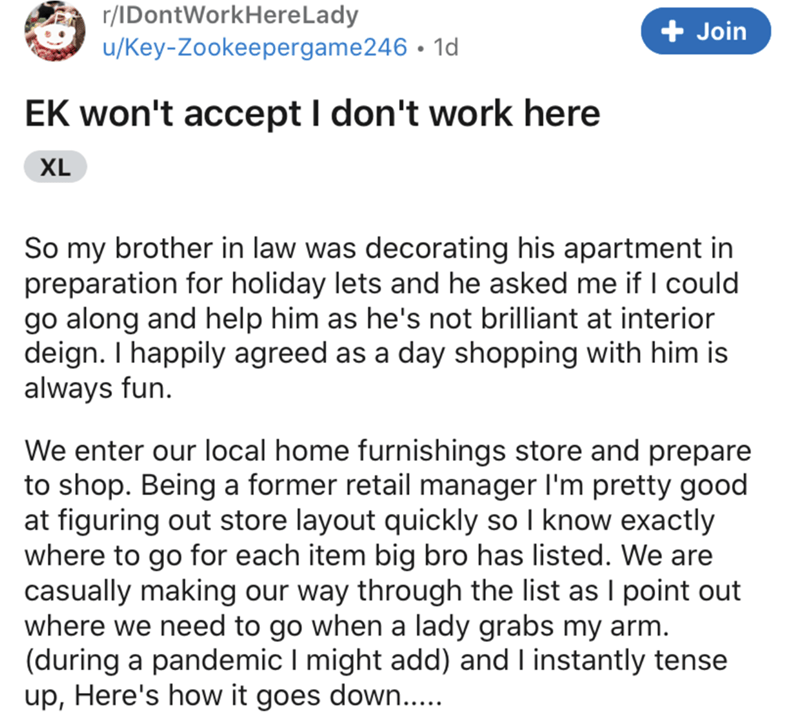 Honestly, This is just making me angry. 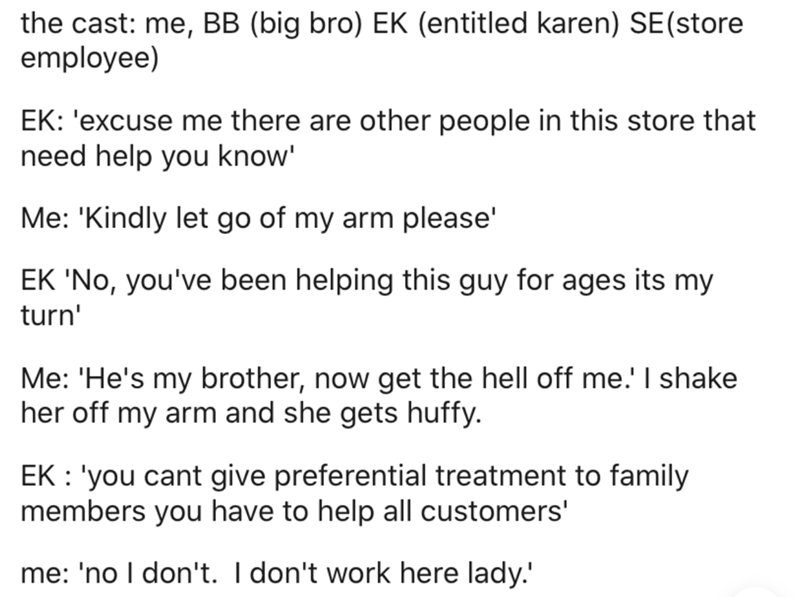 It’s too bad stores haven’t implemented a system where they have each aisle numbered with a giant sign that’s visible from both near and afar. The sign could also include a brief rundown on the contents of each aisle to make things easier, but no. No such store ever includes such a feature.

Any regular customer would know where everything is. It’s not rocket science. 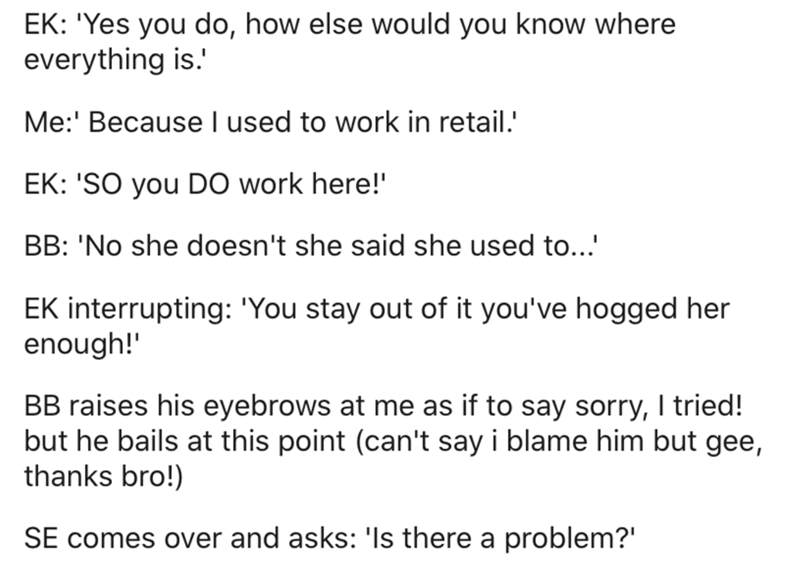 I think her brain is probably short-circuiting by now. 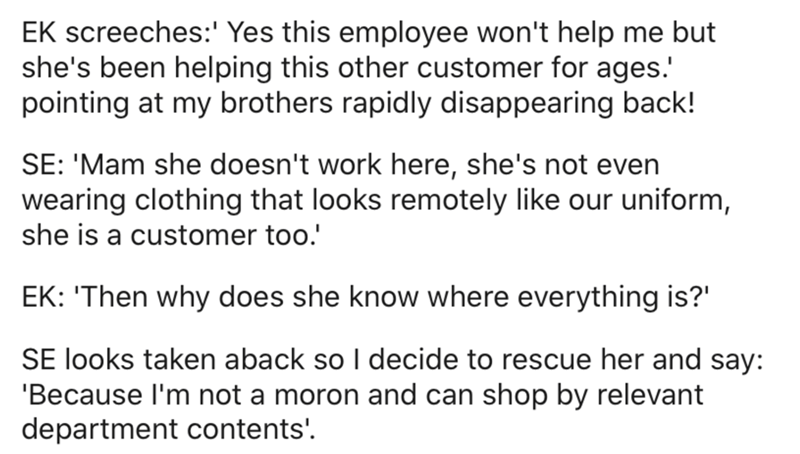 Bless you, that was an awesome come back. Thank you for sharing. –Khahtt

After all my years in retail when I had to bite my tongue and remain polite, I enjoy just letting rip these days. –Key-Zookeepergame246

What did she think the management would do? Fire this woman who doesn’t even work there?

This would have been a much better revenge story. 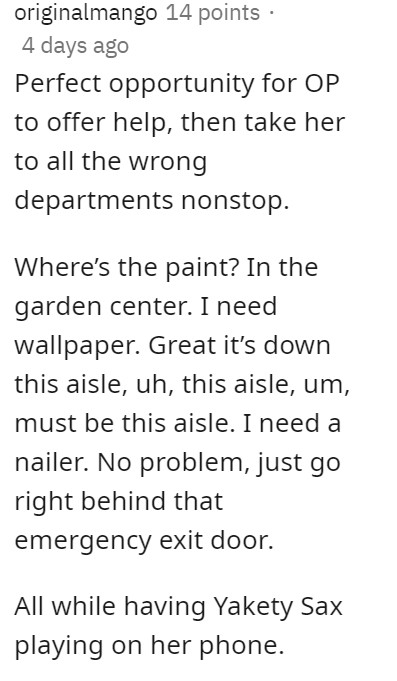 Exactly it isn’t that hard! 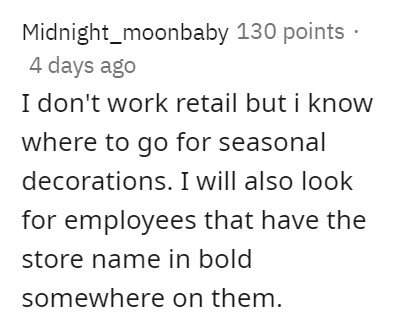 And the actual employees are usually very helpful. 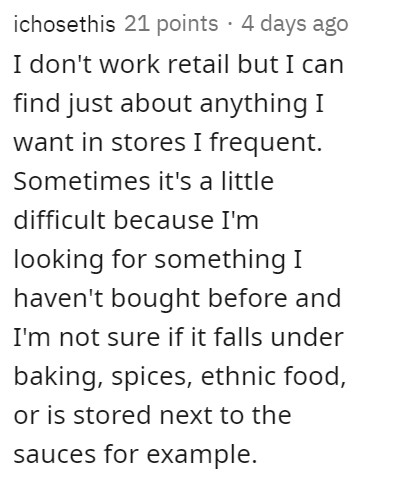 She did kind of deserve a little more. 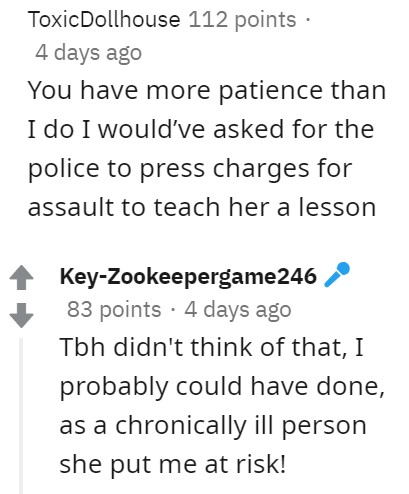 We always think of the best things after the ordeal. 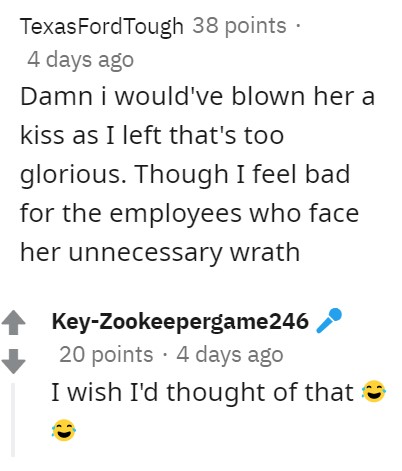 Has this sort of thing ever happened to you? If so why not share your experience in the comments below.