How can someone confuse Gruyere cheese with Mozzarella?

Now I am not a cheese expert. far from it. I have for the most part only tried five or six kinds of cheeses. However, mozzarella has a very mild flavor and a unique texture that differentiates it from other cheeses. So it is quite hard to mistake it for something else. Although that is exactly what this one customer did.

Now, I am not going to harp on the mistake because anyone can make this type of mistake but what I am going to talk about is the review this customer left after. Even though they got their omelet comped and were even offered an omelet with the ‘right’ cheese, they declined and decided to blast this restaurant online.

I can understand that the power of anonymity is thrilling but let’s not try to ruin people’s livelihood. Following is what the review had to say about the infamous omelet.

It was supposed to have goat cheese but they instead got Gruyere. Serves a goat cheese omelette (on the menu) with mozzarella cheese !!! That’s right and they tried to pass it off as goat cheese!

The excuse … sometimes he gets confused !!! Are you kidding me? With those prices you don’t have that luxury !!! Pick another place to go. You’ll never know what will be put in your food !!

However, they mistook it for Mozarella. (I don’t know how that could even happen.) So we do not often respond to negative reviews unless it is to apologize for a miscue in service or cuisine. So, as the chef, and one not hiding behind internet anonymity I will apologize for your receiving the incorrect cheese in your omelet.

As the chef I also feel a responsibility to let you know that the cheese was not mozzarella, it would never be mozzarella unless we had made the mozzarella in the house that is a cheese much like a burrata that can be easily made within a restaurant. It belongs to the pasta filata family of cheeses, it is not a cultured cheese.

The cheese you had was gruyere, and in its own right gruyere is a great cheese, a French bistro classic that does not even minutely resemble the texture of a true mozzarella nor does its flavor profile come close to the milky cleanness of a mozz as it is semi-hard and cultured possessing afoot that a mozzarella does not possess.

But the response doesn’t end there, the restaurant owner had a bit more to add.

I recall you coming into the restaurant, I recall stating that you were correct that the cheese in the omelet was supposed to be goats cheese and I recall offering to fix the problem I also recall that we comped your omelet even though you consumed the entire thing.

I would never try and pass a cheese off as one instead of the other, the days leading up to your lunch we had placed a gruyere omelet on the menu, it was a reflexive and honest mistake that could have been easily fixed but you chose not to allow us to do so.

Instead, you wait several weeks to write a review that states information that is incorrect and inflammatory to a restaurant like ours that goes through great lengths to be the best that we can.

If we failed in our endeavor with you I can accept that responsibility but I will not have our integrity attacked by a palate that cannot discern between mozzarella and gruyere… unless that was a mistake…. which is a luxury that those writing a serious critique of a serious restaurant do not have.

As you can imagine, people had a lot to say about this review.

This is very true.

I’ve seen this happen so many times.

I think most people would be able to.

Words to live by.

I suppose we are on the same boat then.

Not wrong but I’d go with four.

And of course, there has to be a pun.

This is why Yelp should have stringent measures against trolls or ‘anonymous’ users. However, what are your thoughts on the response? Comment down below and let us know. 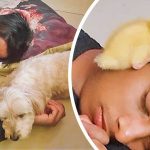 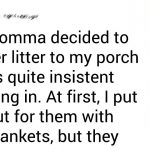