Sometimes you have the weirdest misadventures.

We have all had those days where we don’t understand what is happening but we go along with it anyway. That is what occurred with this guy. You see, Josh Raby was hungry as one is late at night and decided to go for a quick snack at McDonald’s. While McDonald’s might not be everyone’s cup of tea, at least it is open 24/7 and it is quick. At least it is usually quick but Josh didn’t know what he was getting himself into when he arrived at the drive-by.

Rather than just getting his milkshake, he got stuck in a weird story and ended up with a  lot more food than he even wanted and listening to a stranger about how he met his wife at McDonald’s. This honestly reads like some sort of fever dream. The only thing I can say is that you will have to read it for yourself. So scroll on below and take a look.

The interaction started out quite weird and Josh was too stunned to say anything else. 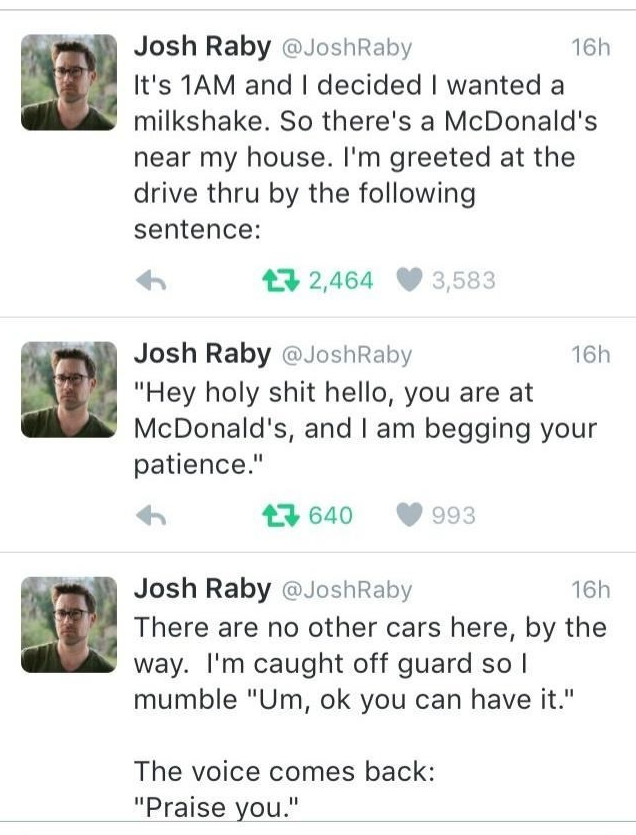 He tells the weird guy that he wants a milkshake and doesn’t even get asked about which flavor he would like. 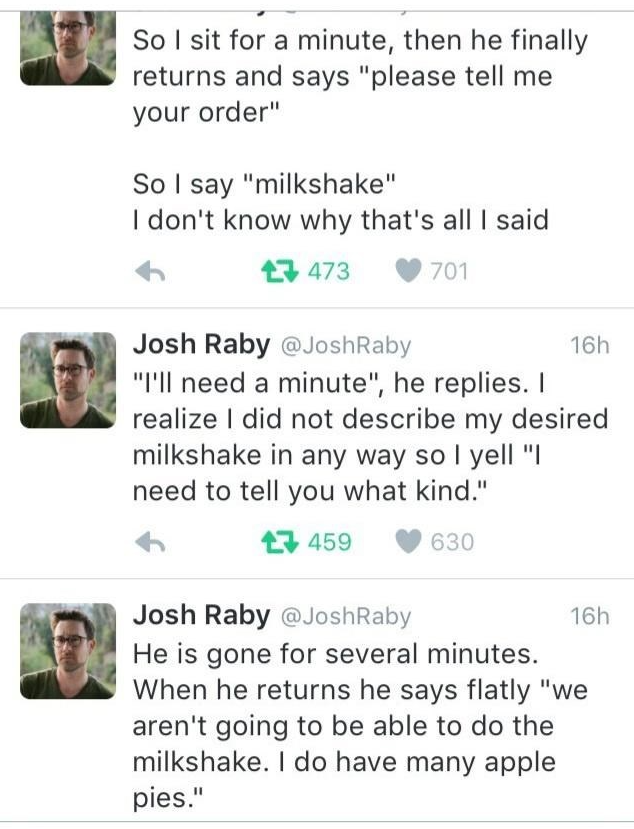 Things only get weirder after that as it seems like something else is on this guy’s mind. 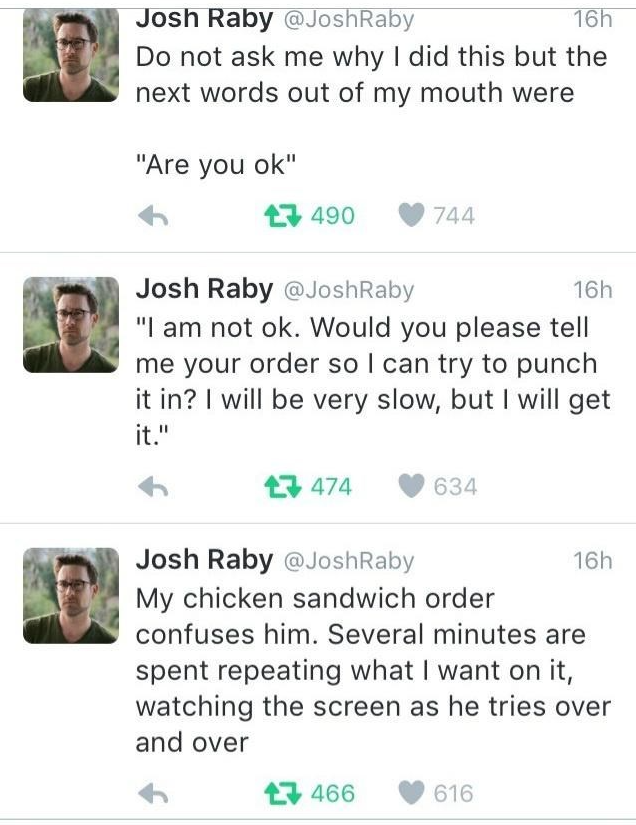 And then he drops the bomb that he ‘lost’ his wife somehow. 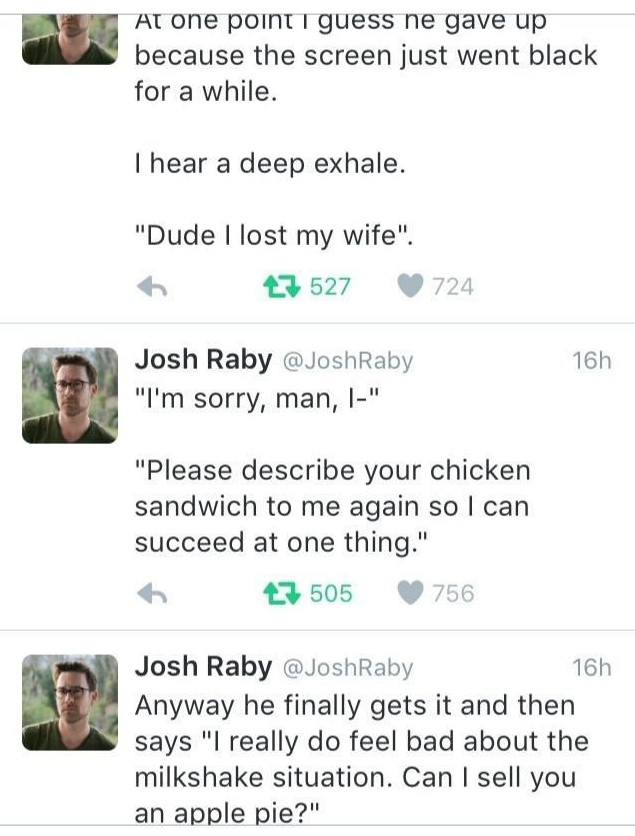 Apparently, she was hiding from him? I am just as confused as you are. 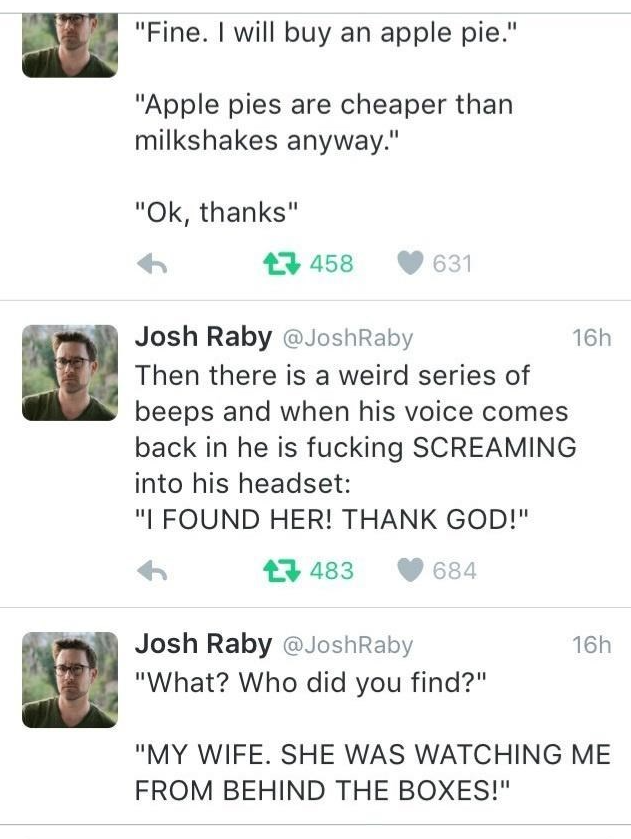 What is with them and apple pies? They keep trying to see it to him. 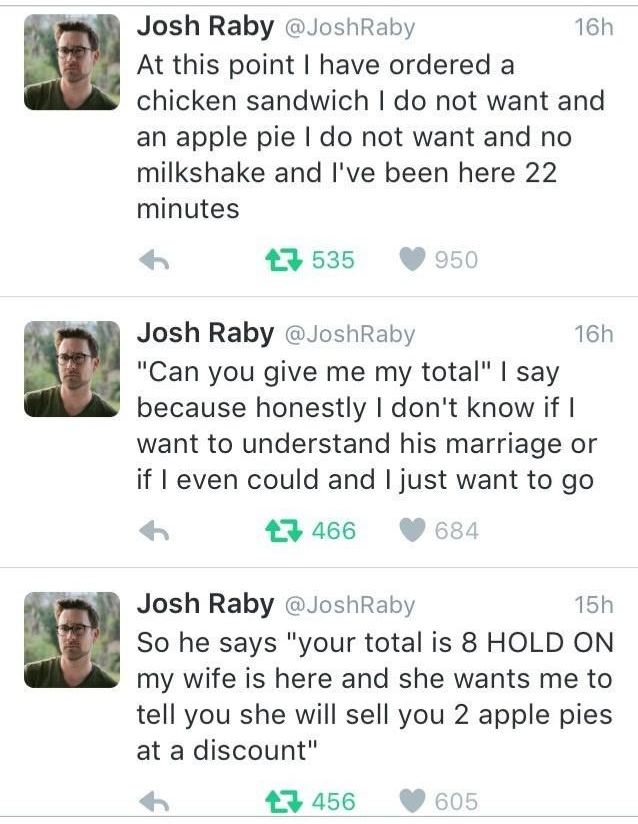 But he does splurge on another apple pie probably to get out of there. 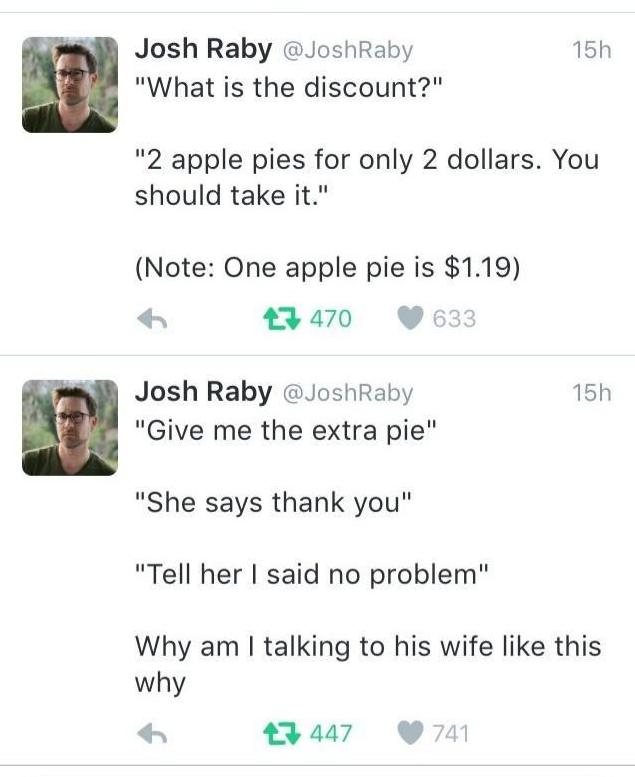 If something like this happened to me, I would be just as weirded out and would probably act the same way. In this sort of situation, not many people know what to do and they are too stunned to act reasonably.

Rather than just pulling out and speeding out of there as fast as he can, he decides to hear their life story. 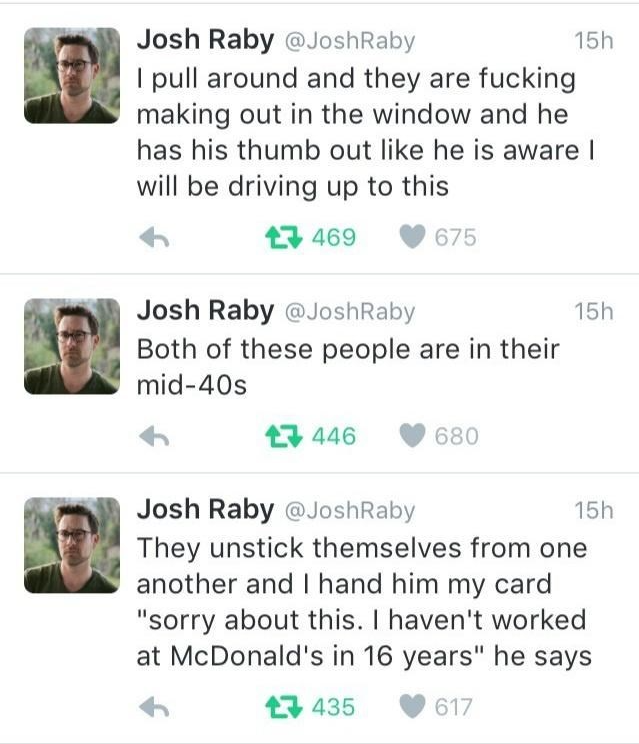 I mean usually, when someones say they are ‘fine’, they aren’t fine so this isn’t a total lie. 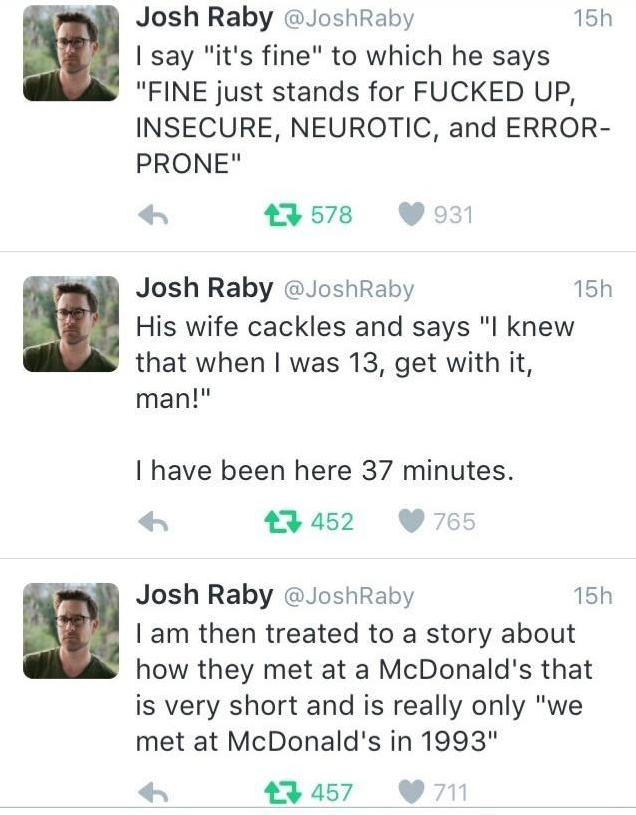 I need more information about this whole thing but sadly this is all we are going to get. 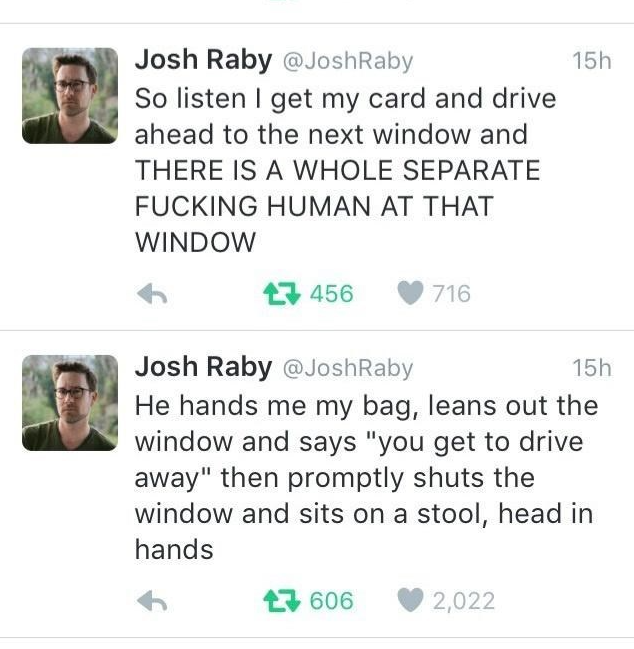 What do you think was actually happening between their marriage? Were they playing hide and seek? What was the other worker doing there? Comment down below and let us know.