Our parents are probably the only people who can take on the entire world just to make sure that we’re okay. Their love for us is unconditional and limitless. From the moment they first hold us in their arms to the rest of their lives, they try their best to give us the ‘perfect’ life. The kind of life that they probably never had. For the same reason, they sometimes impose seemingly harsh rules on us. But we’re too naive to understand them at the time. It’s only after we mature a little that we realize that their every decision was only to benefit us.

Considering how loving and caring parents are, it’s no surprise that they’re also very forgiving. Of course, they get angry and scold us when we make mistakes, but that’s also a part of their love. It’s natural. We are concerned about those who we care deeply for and this is reflected in our response to their actions. However, this does not mean that every mistake can be forgiven. Parents may be the most lenient and forgiving when it comes to their children, but they too, have a breaking point.

They can forgive everything, but when they see that their child is indulging in activities that go against their teachings and years of parenting, it shatters them completely. It disappoints them so much that they are left with no choice but to do what’s necessary. Even if it costs them their relationship.

The story shared below by a Reddit user is no different. Take a look.

AITA: For firing my son? 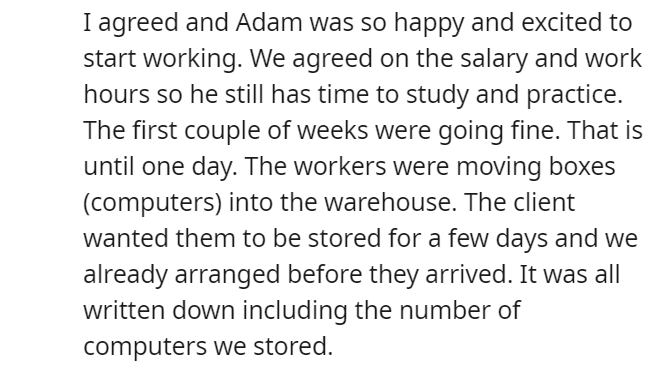 It was already bad enough that he stole the computer, but when he blamed the innocent co-worker? That was just pathetic and beyond forgiveness. He not only lost his father’s trust, jeopardized his father’s business, but also put an innocent man’s job at risk who was probably the sole breadwinner of his family. Now, the OP was clearly an honest guy and there was no way he was ever going to tolerate such a thing. That too, from his own son. So, he did what he thought best. 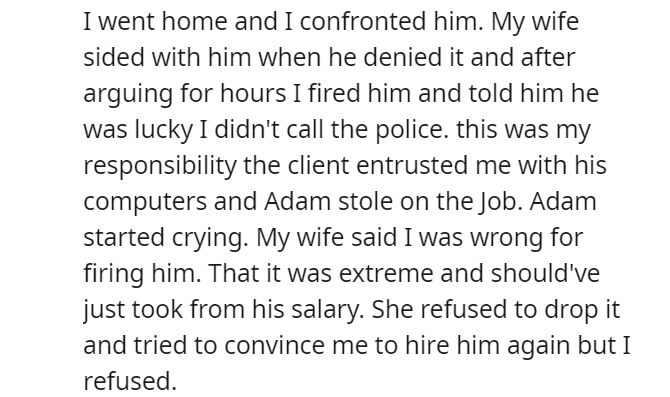 The love of a parent can be seen from this story alone. Although he fired his son from the job, he still didn’t call the cops on him even though that was the right thing to do. As the owner of the warehouse, he could’ve easily done that and taught his son a lesson. Instead, he chose to do the bare minimum. That’s how much parents love their children, and sadly that is how children sometimes pay back.

Now, to answer the real question. Was OP the as*hole here? Here’s what Redditors had to say. 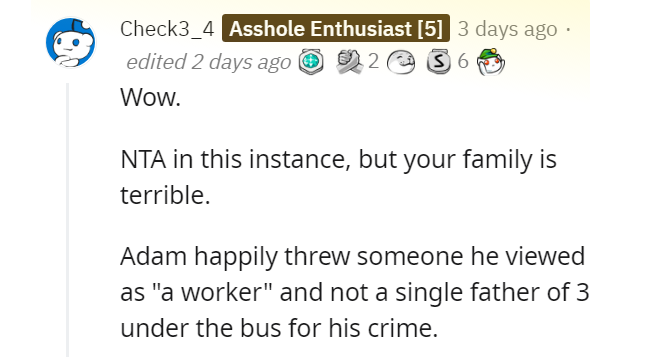 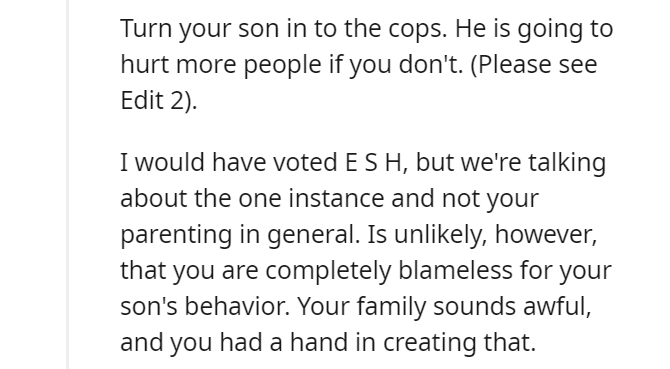 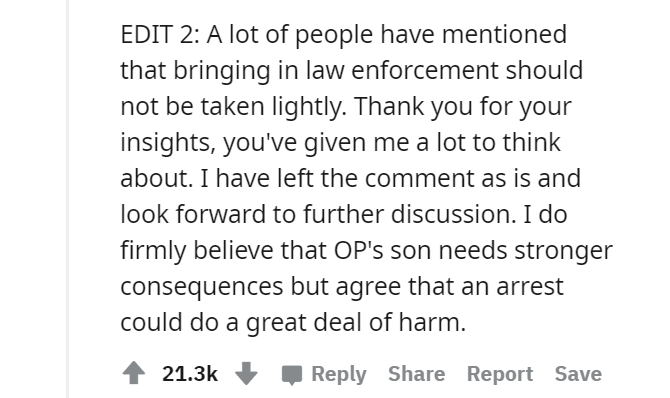 A good boss and a loving father. 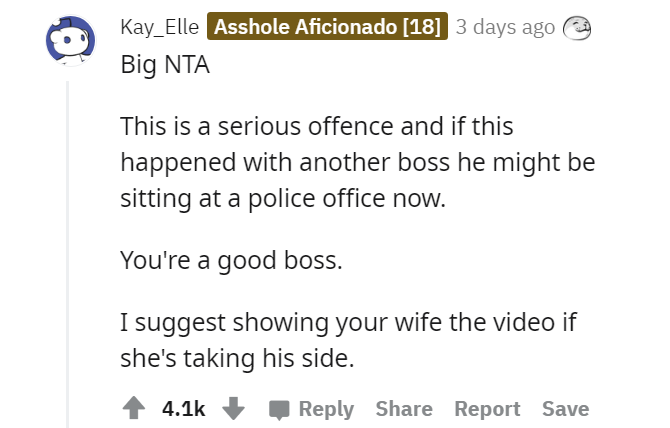 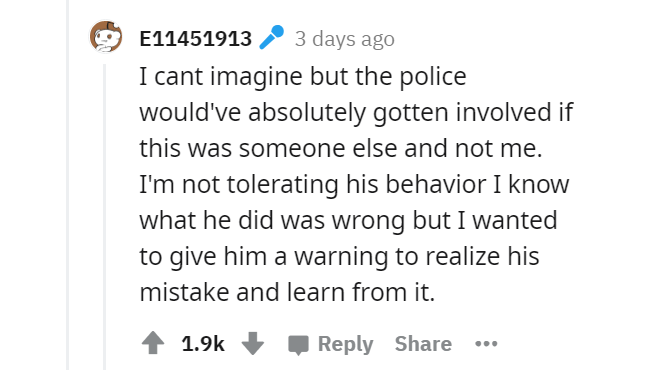 Does this even count as a mistake? I don’t think so…

No wonder how he did that with no guilt in the first place.

Perhaps, it was the free hand by the mother that made him do this. 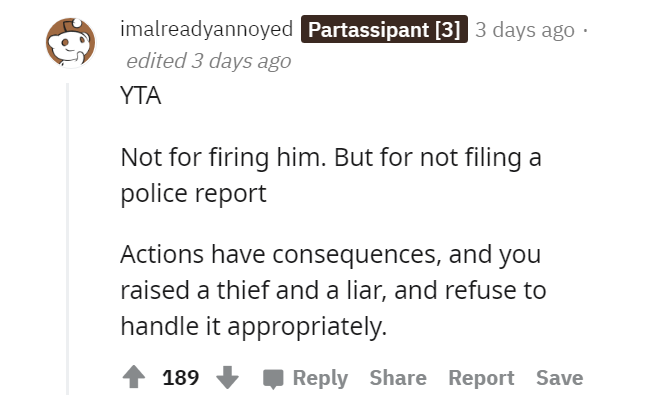 So, what do you think? Is the OP wrong for firing his son? Share your thoughts with us in the comments below.