We need to respect other people’s private property.

Fishing can be a fun experience for lots of people. It is an escape for most people because it takes you away from all the stress and worries you have at home. The sight of calm waves and the sound of nature just soothes your muscles and it is a very calming activity. If you want to heal your mind from all the stressful current events you have been witnessing lately, take a little boat trip. You’ll feel much better. However, if you plan to go fishing, be sure to respect other people’s spaces and do NOT litter. That destroys the whole purpose of it and you are a terrible human being if you do so. Don’t go around in the water if you can’t respect it.

This guy on Reddit posted in the subreddit r/pettyrevenge a story he witnessed of his father teaching trespassers and littering idiots a good, hard lesson. I bet they will steer clear of that shore now. Scroll down below to read the whole incident:

The guy started by explaining what the area is like. People come fishing there all the time and they are respectful, so it isn’t that big of a deal. 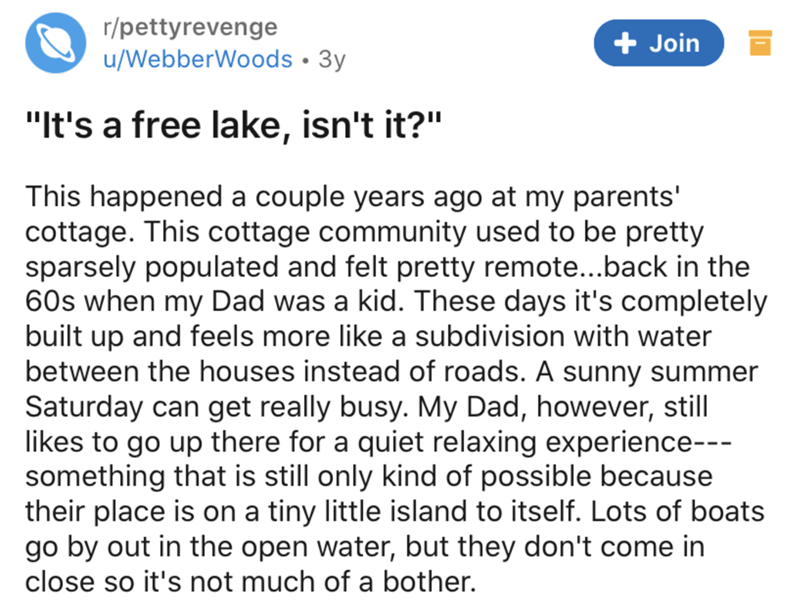 Then one day, the guy and his dad came across two guys who just pushed their buttons and showed no remorse. 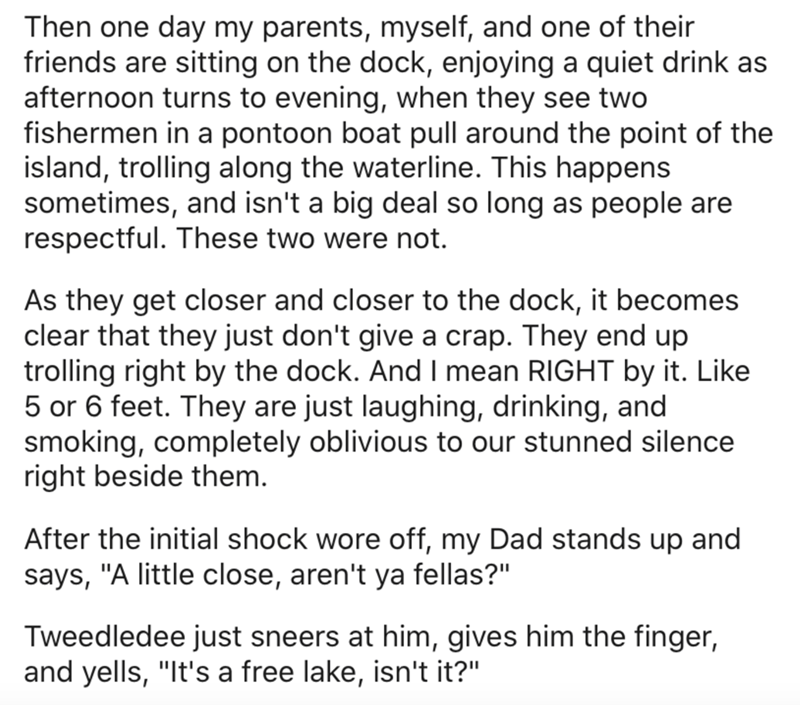 But throwing his empty beer bottle into the lake was the last straw for the dad. 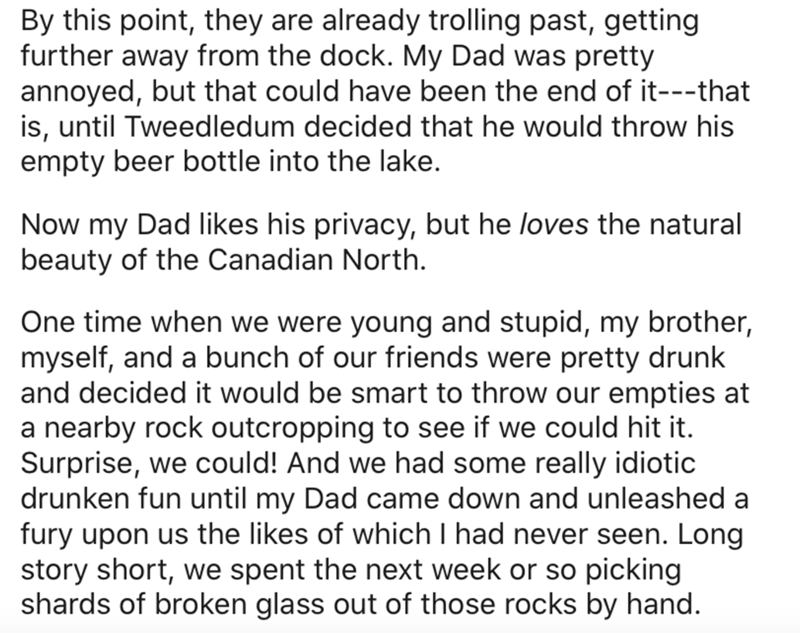 The dad had enough, so he took out his big steel boat and drove it in circles around them. 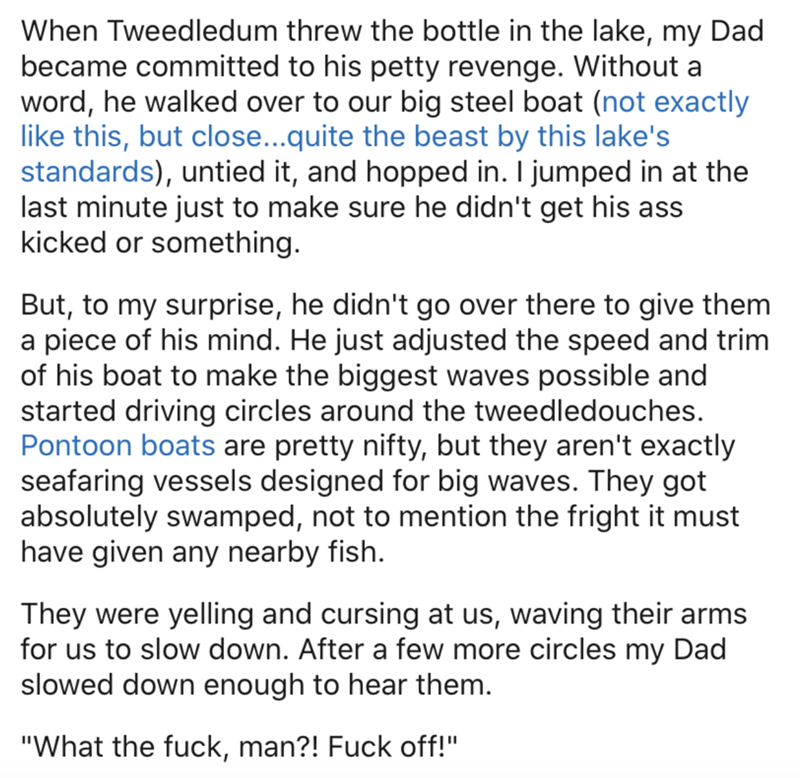 He gave the guys a taste of their own medicine.

He also clarified a few things for those in doubt. 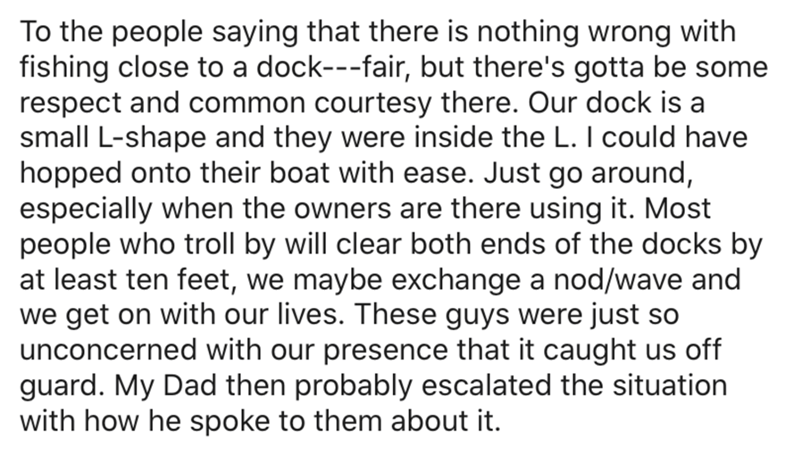 It might be illegal, but it was worth it. 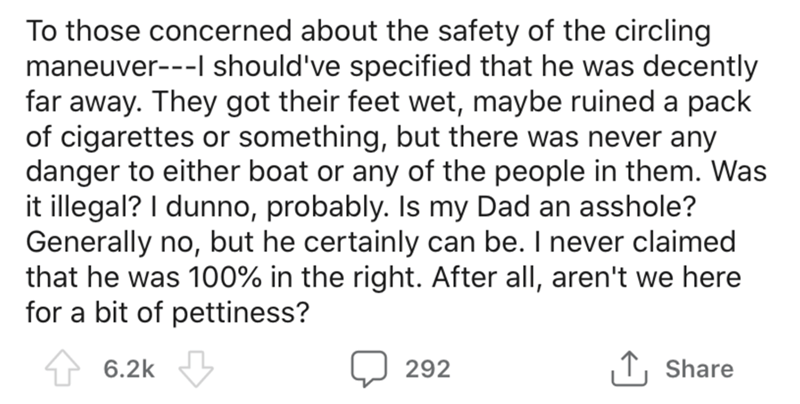 People were concerned about the beer bottle, which is really good.

The guy cleans the lake with his family quite often. 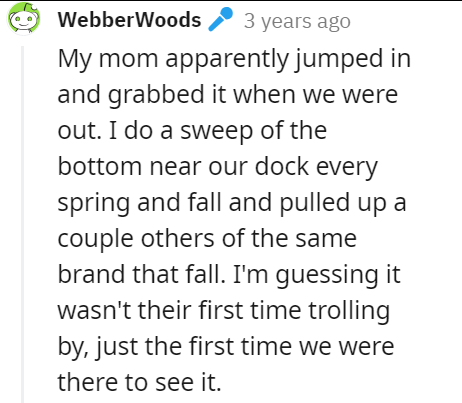 His dad is amazing!

Those guys were really irresponsible. 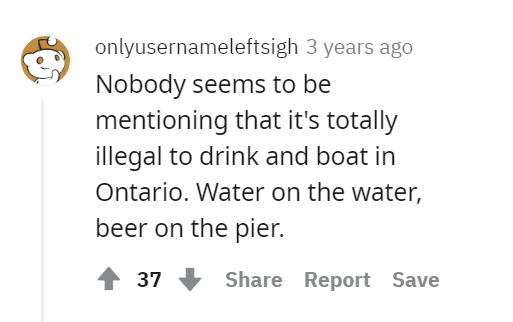 What are your thoughts on this story? Do you think those guys deserved it? Let us know your opinions in the comments below.