I know many people grow up with the fantasy that they will find their perfect partner and that they will live happily ever after but sadly our lives are not like the movies and don’t end when the two leads get together. Relationships are all about compromises and sticking together even when things are rough. Sometimes you even have to let go of the person you care about and admit that things just aren’t working. This may sound harsh but that is the reality of it.

The honeymoon phase is only at the start and the reality starts to set in after a few months or a year. And that is not even to mention the monetary problems that couples have to face especially in this era. Things would be so much easier if money wasn’t involved but it is and it can cause a lot of issues related to inheritance and will. That is what this particular story is about. The woman in this story wants her daughter to have the house she bought but her Fiance does not like the idea. Why does he not like the idea?

Well, you can find out the reason for yourself by scrolling below.

This woman had the foresight to invest in good property when the princes were low and now she is the owner of an expensive house. 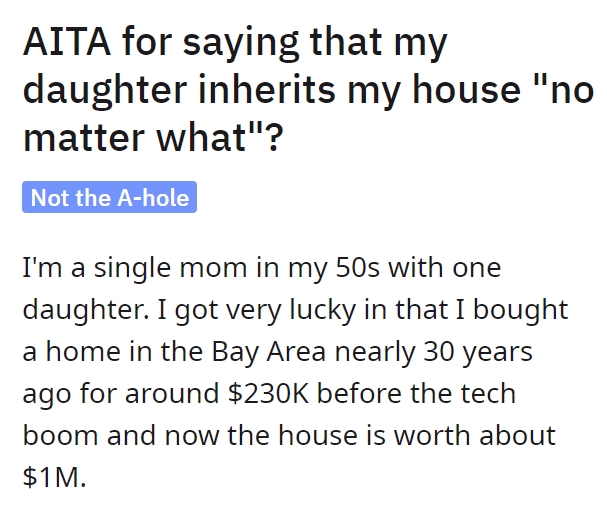 She had always wanted to give this house to her daughter as an inheritance as this was the logical choice. 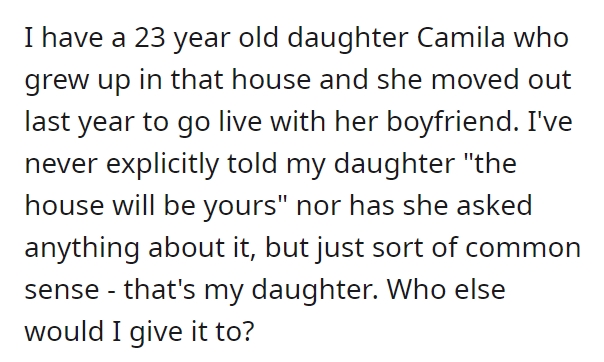 After all, it isn’t easy to buy a house in this day and age in most countries no matter how hard you work. 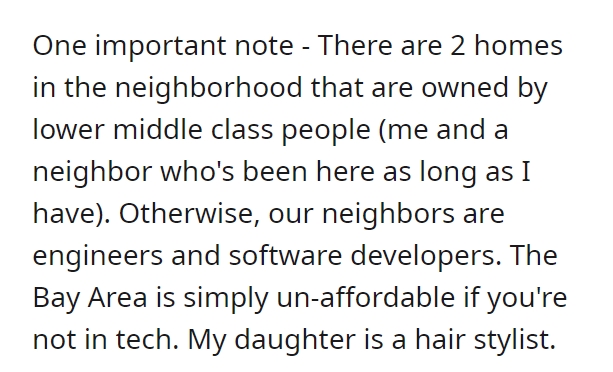 However, her fiance is less than happy about this situation and wants her to change her mind. 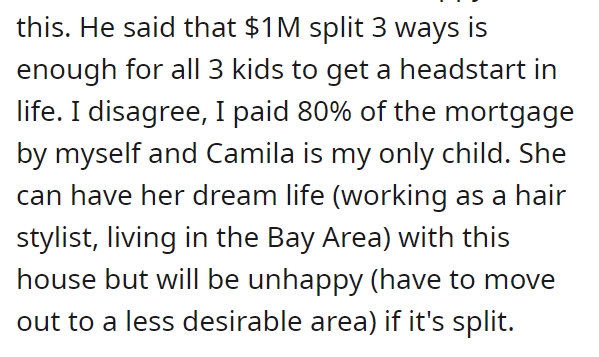 I understand that he wants to help his children as well but the house is not his right. 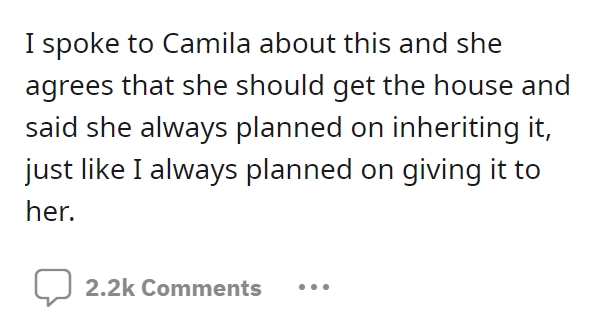 Honestly, I can see the red flags from miles away. If this guy thinks his kids are owed her property now even though he has only known her for two years, just imagine what his thinking process will be as time goes on. All of this just seems suspicious and I can’t understand why he thinks it is in his rights to bring this up in the first place. it is not as if he bought the house or helped her in any way. The only logical conclusion would be to go to a lawyer as many commenters have said the same thing.

People in the comments were just as surprised by his thought process. 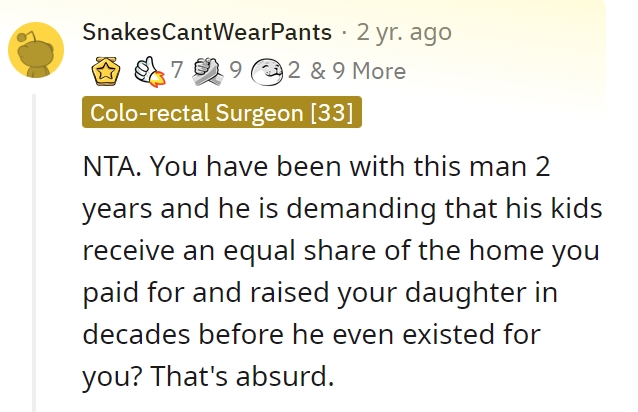 And advised her to be careful going forward, especially if she marries him. 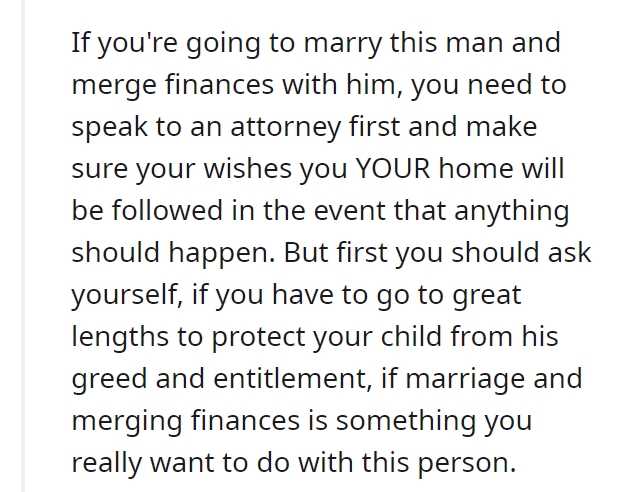 He can pass his inheritance to his children but this is very presumptuous and odd of his to even ask. 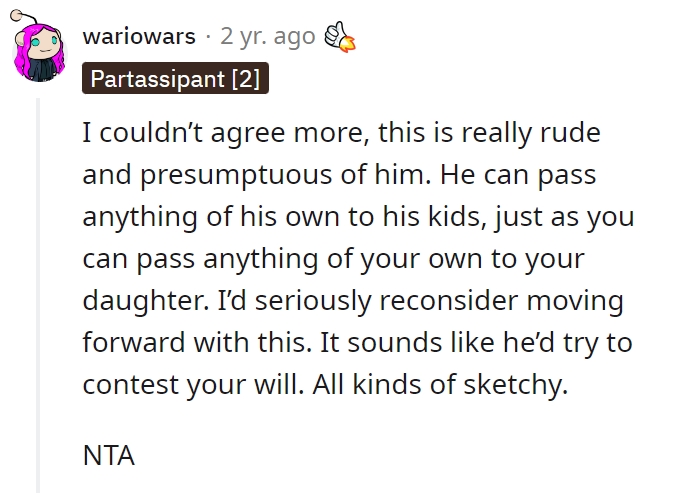 Some people even advised her to hire legal aid and get this sorted before it gets even more complicated. 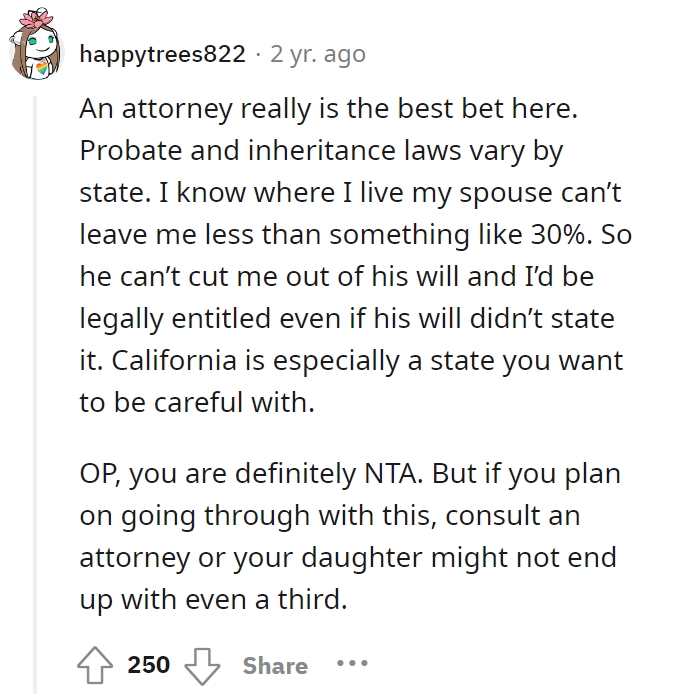 I would agree that she needs to hire a lawyer and sort this out and leave a paper trail so he can’t legally do anything. 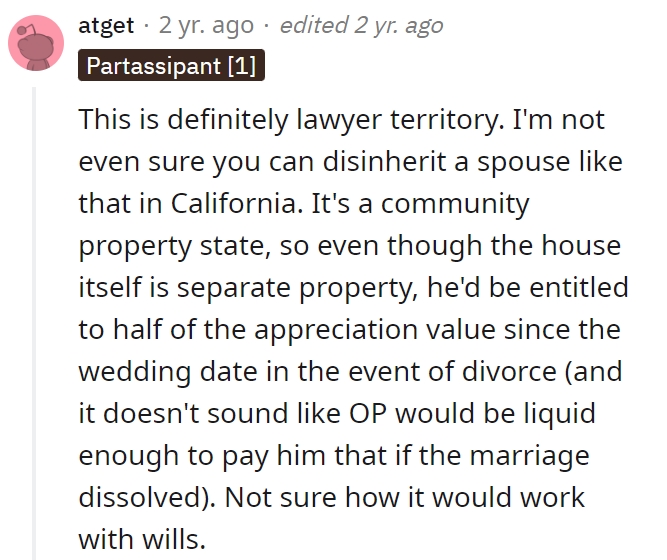 Because these sorts of scenarios can leave a family in shambles. 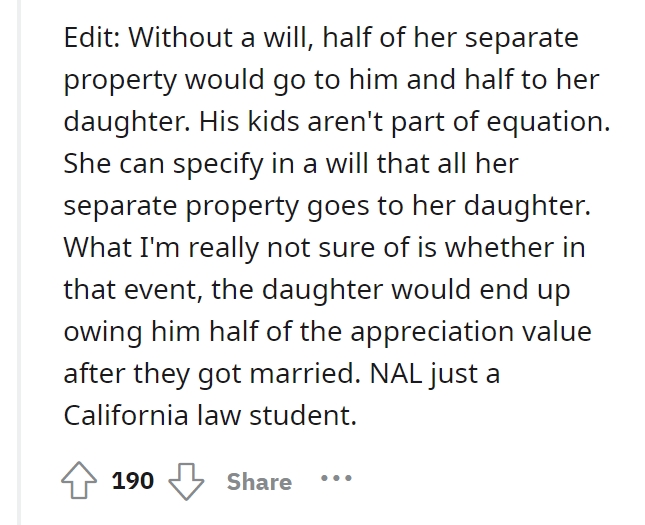 What are your thoughts on this particular scenario? Do you think the guy is in the right and that he just didn’t convey his feelings in the best way possible or do you thinks he should look out in the future? Let us know in the comments below what you think and don’t forget to share this article with your friends so they can join in the discussion as well.