How can people act so entitled?

It is not very easy to provide your services to the public and deal with all kinds of people on your own. People can be extremely rude, some can be demanding, and some just straight-up act entitled and think they will get free services for nothing. They can’t take no for an answer. People like that just seem to think the world owes them something. It most certainly does not. Then there are some very ungrateful people in the world who can’t even acknowledge that you are doing them a favour and will still ask for adjustments in whatever you are doing for them. Now dealing with people like that is super frustrating. It can be a real challenge, especially if you run an online business on your own.

This dog-sitter, who is an underaged child, had to deal with a terrible woman because of their online business. The woman acted like a choosing beggar and just got on the dog-sitter’s nerves. However, the woman was taught a good lesson at the end of their conversation. Scroll down below to read the screenshots:

The customer started off by being low-key rude because the dog-sitter did not reply to her on Facebook. 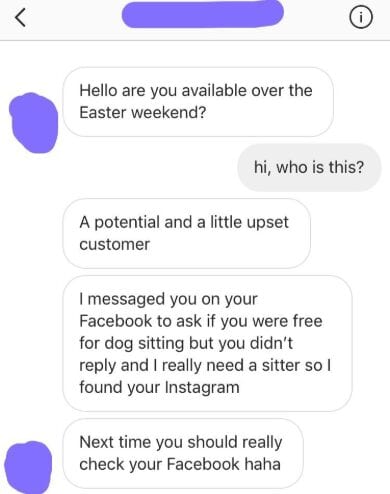 She then gave unsolicited advice on how to make her business successful. 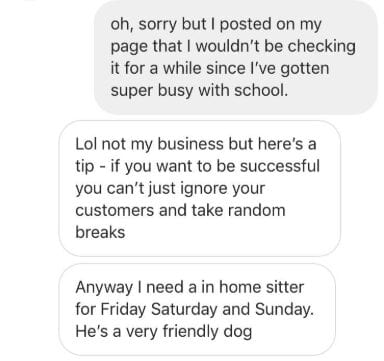 The dog-sitter said that they can’t sit the dog at the woman’s house and that they are also busy, but they can board the dog in their own house. 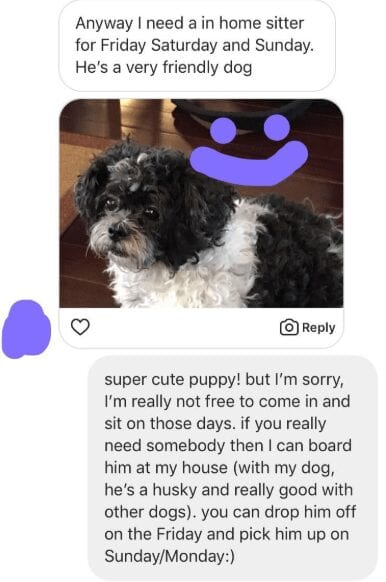 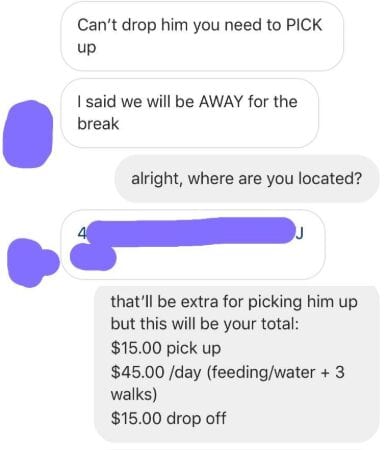 The rates were a little higher than the standard ones because the dog-sitter was informed last minute. The woman was not happy with this. 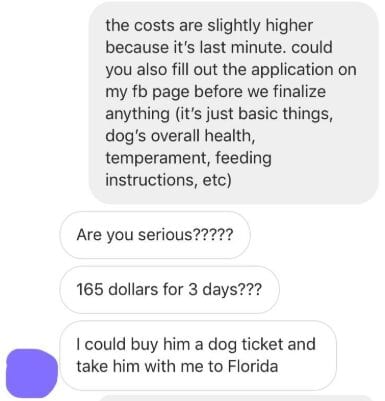 Then the woman pulled out the sympathy card just to get a discount. 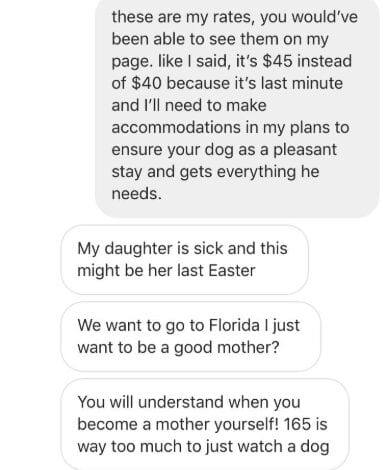 The woman made a counter-offer of ridiculously low rates that the dog-sitter obviously refused. 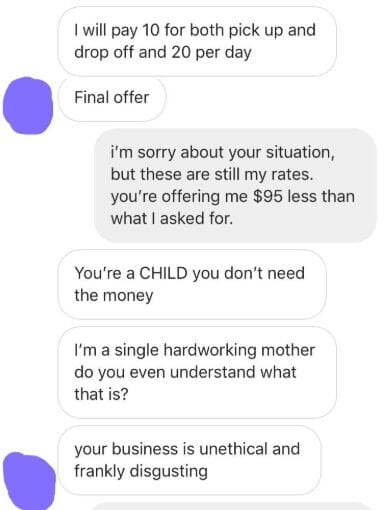 Then the woman threatened to leave a bad review on the dog-sitter’s page. 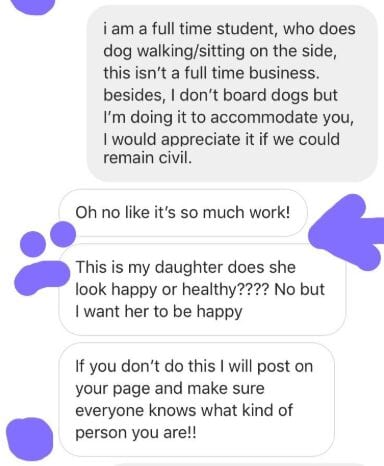 Now, this is where the dog-sitter drew the line. That was obviously too much. You can’t just act all entitled and when you get told “no” you go around threatening to defame people’s businesses. This woman needed to be put in her place and taught an important life lesson. The world owes her absolutely nothing.

That’s when the dog-sitter clapped back at the woman and played a UNO-reverse on her. 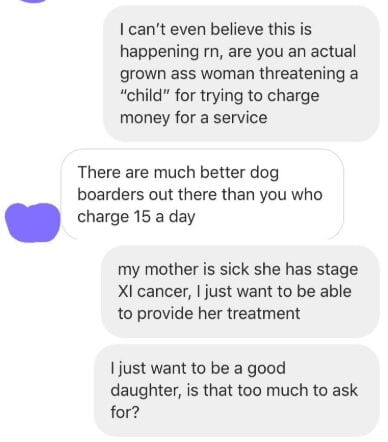 What a brilliant way to deal with choosing beggars! 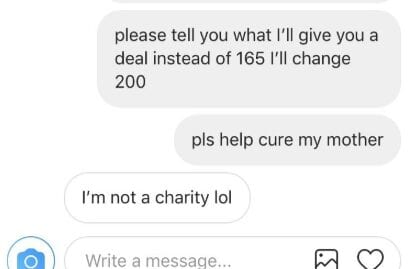 I am sure the woman learnt her lesson after this and will think twice before acting so entitled in front of people. We hope the dog-sitter will meet nicer customers in the future. Do you think they dealt with the woman appropriately? Share your thoughts with us in the comments below.