Why is this giraffe pretending to be a dog?

Every animal is unique. All animals have distinct appearances and features that make them different from others. They are all special in their own way. If not for their appearance, then their personality is definitely something that makes them stand out. Either way, all animals deserve our love and appreciation. However, sometimes we will come across a completely bizarre-looking creature that does not match anything we have ever seen before in our lives. That usually happens with dogs. When you mix two dogs of different breeds, you might not know exactly what their offspring would look like. So the results might shock you sometimes.

The perfect example of that would be this dog named Gatsby. He is a mix of two “big” dog breeds, and somehow, Gatsby ended up having a ridiculously long neck. He is just special that way. He took the internet by storm when his TikTok video went viral. Scroll down below and read more about him:

Gatsby is a mix of a Borzoi and a German Shepherd. 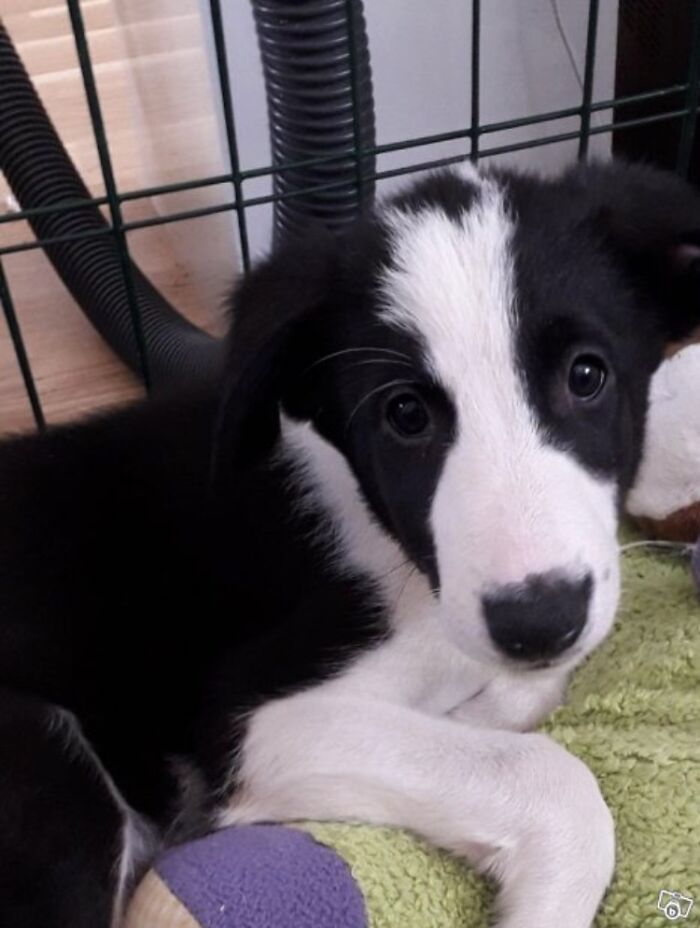 Both of these breeds are considered huge, as compared to other dogs. 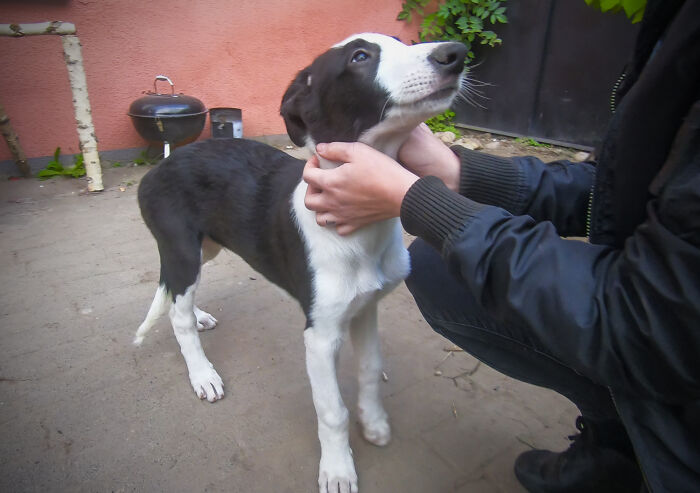 Since a male Borzoi can grow up to 85 centimetres and a German Shepherd 65 centimetres, it is no surprise that Gatsby is a big boy. 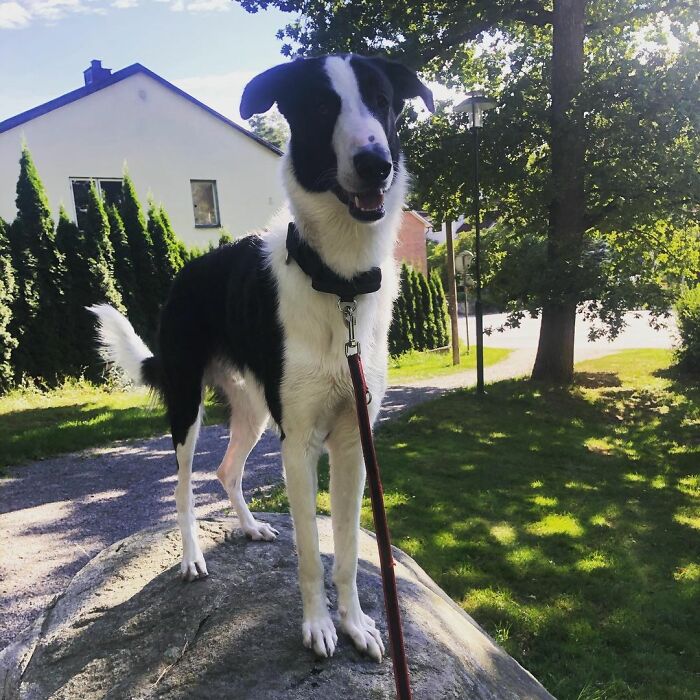 Borzois and German Shepherds can weigh up to 47 and 40 kilograms respectively. 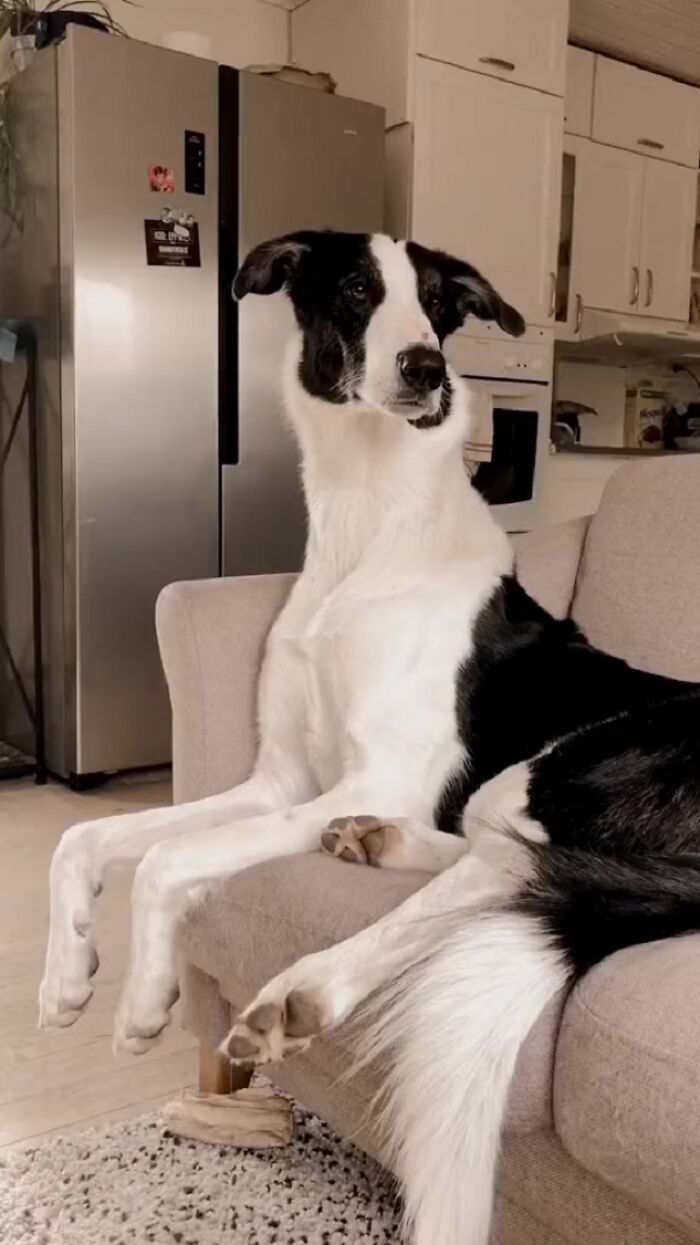 Gatsby was adopted by his owner from a litter of Borzoi and German Shepherd mixes.

His owner spoke to Bored Panda in an interview, “In 2019, I decided our family needed a new member. I stumbled across someone who had a litter of pups from a Borzoi father and German shepherd mother. They had a wonderful, unique look that I was immediately drawn to.” 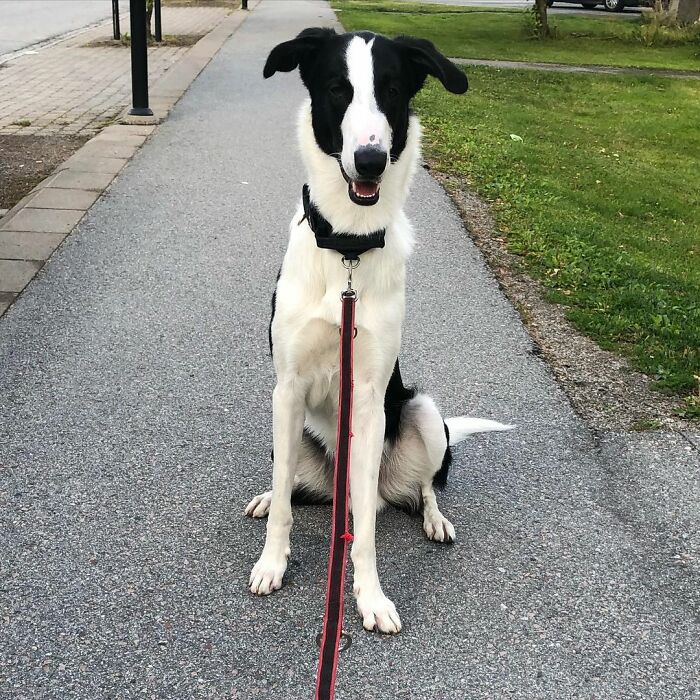 Gatsby and his owner picked each other the moment their eyes met. 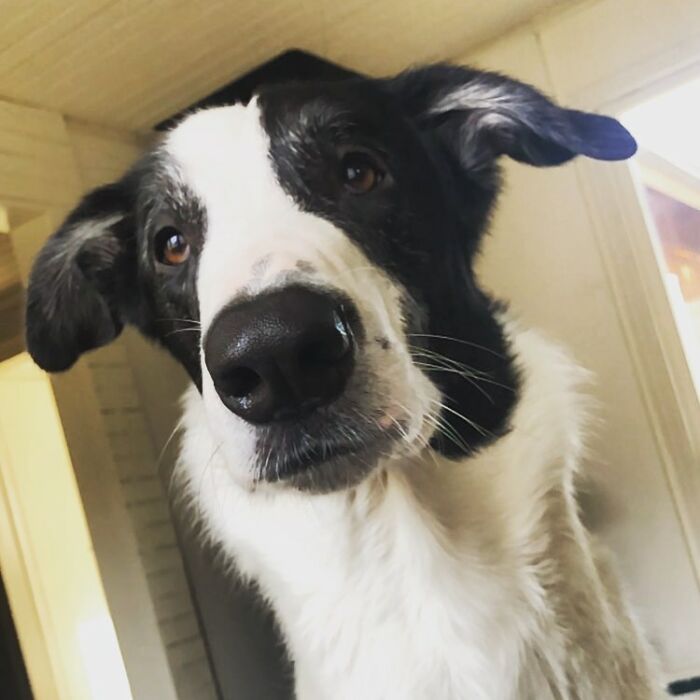 That is completely understandable, just look at this good boy! 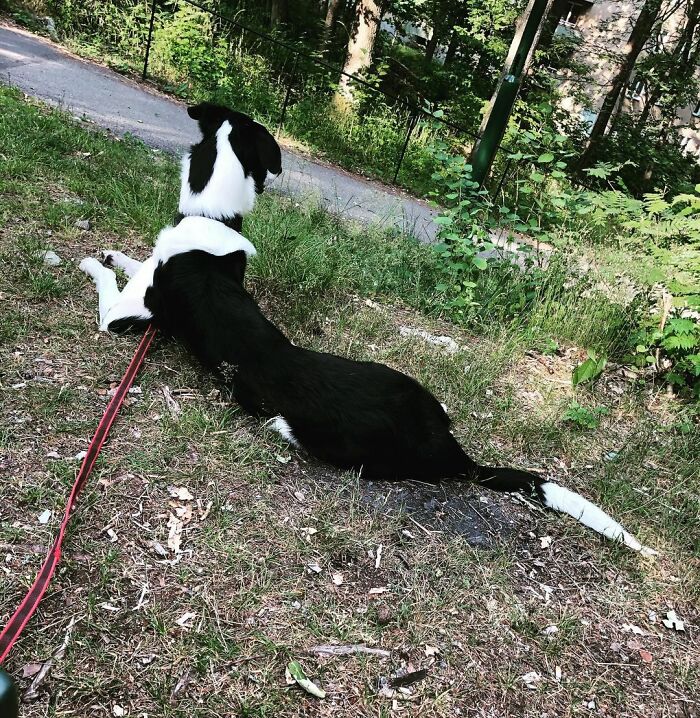 “We returned one month later when he was old enough to be adopted and brought him home. I wanted to teach him many things, and the bond between us has grown stronger than I could have imagined.” 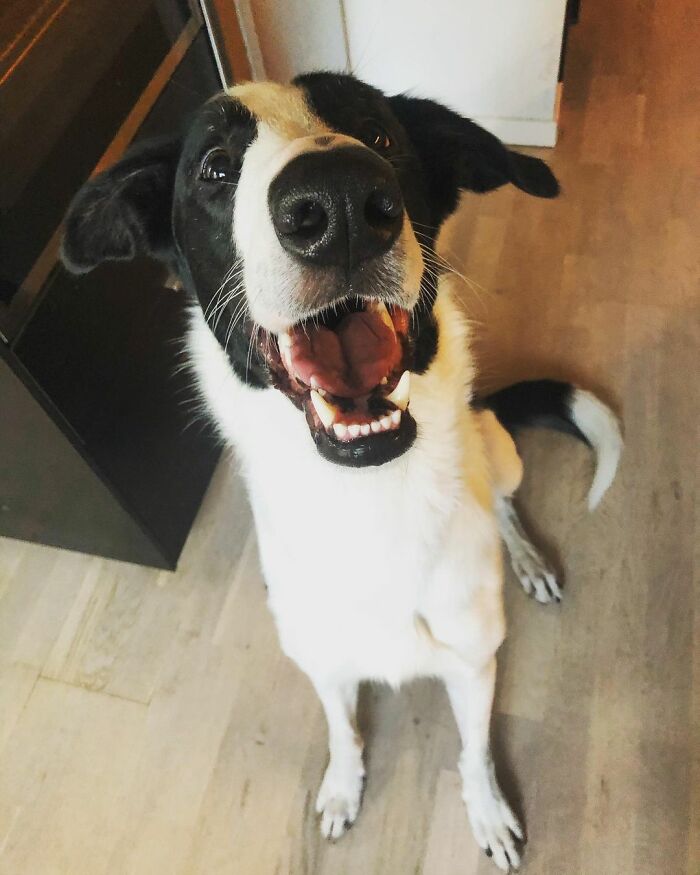 Gatsby’s owner taught him many games and tricks. He is a smart boy.

“Today we enjoy parkour, blood tracing, balance training, nose work, and just taking long walks together. I decided early to document our life together through videos on YouTube, regular Instagram postings, and recently took our life to TikTok. We have many adventures planned in the future and are expecting a new brother for Gatsby soon.” 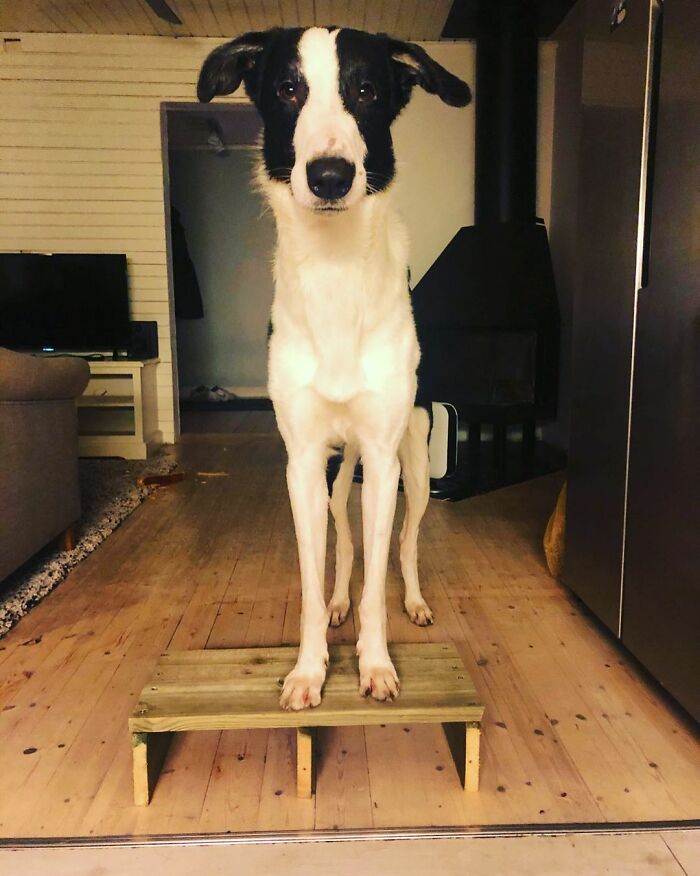 Gatsby has been compared to giraffes a lot, obviously because of his long neck.

“Most folks claim that he has giraffe DNA in there somewhere, but in truth, it is most likely mythical creature DNA some have hinted at.” 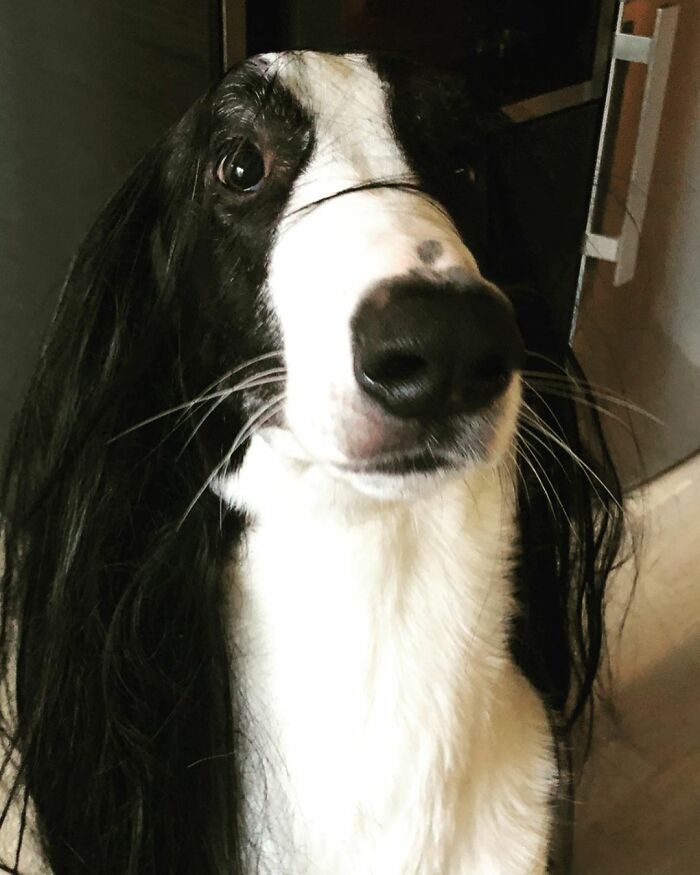 Some say he looks like a horse, some say he is a llama. 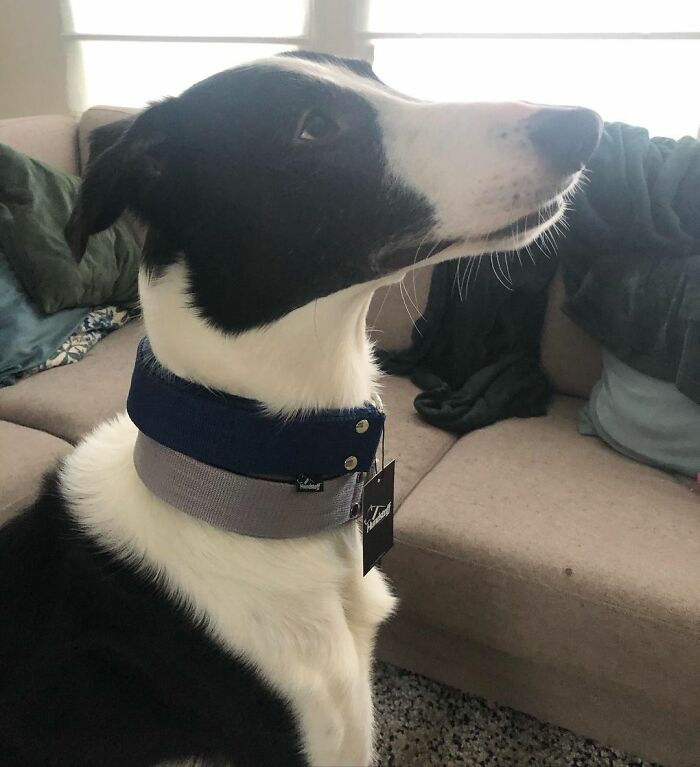 But the truth is, he is Gatsby. Just Gatsby. 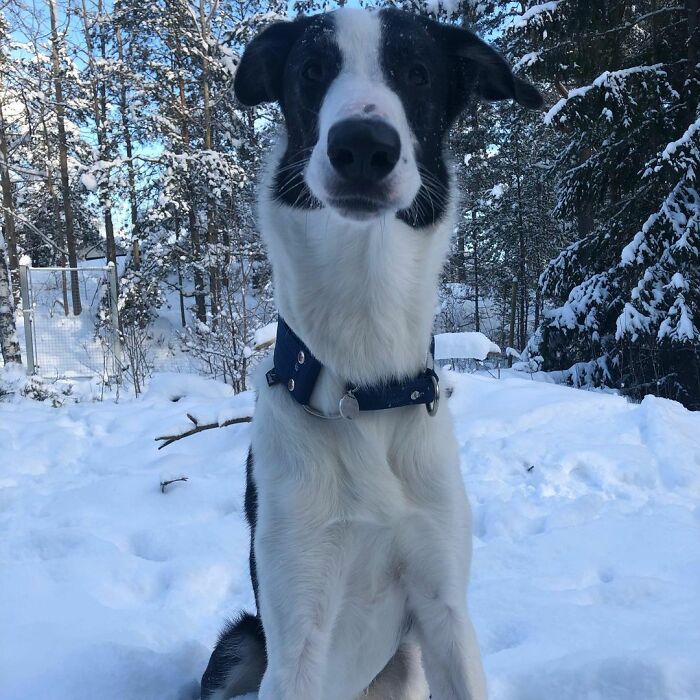 They realised Gatsby’s neck was growing longer than usual as he was getting older. 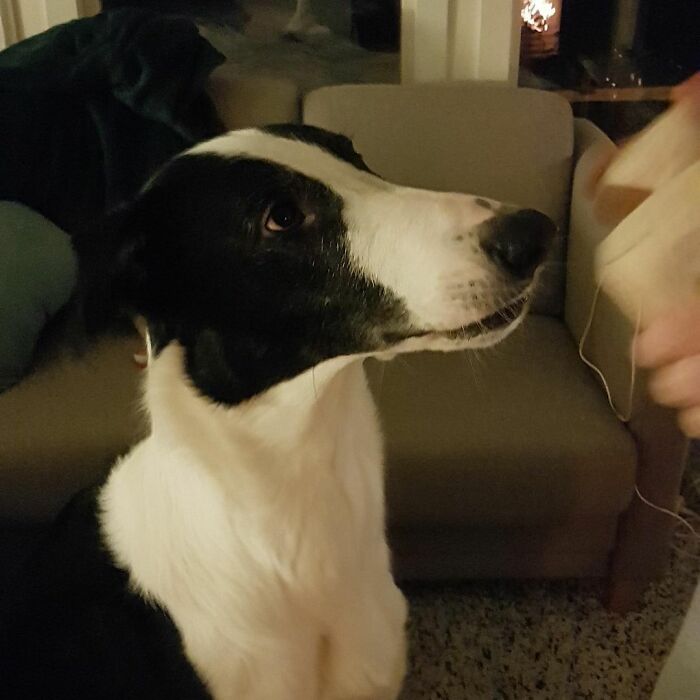 But his distinct neck is what makes him so special. 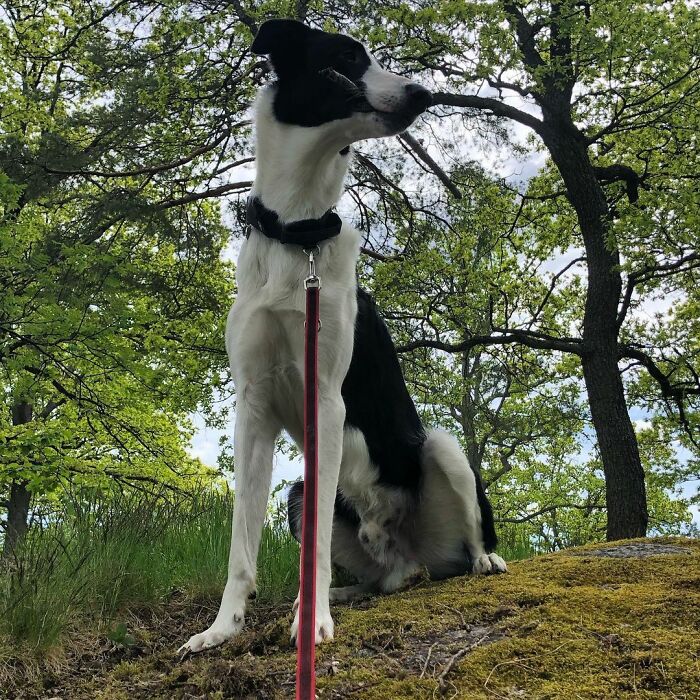 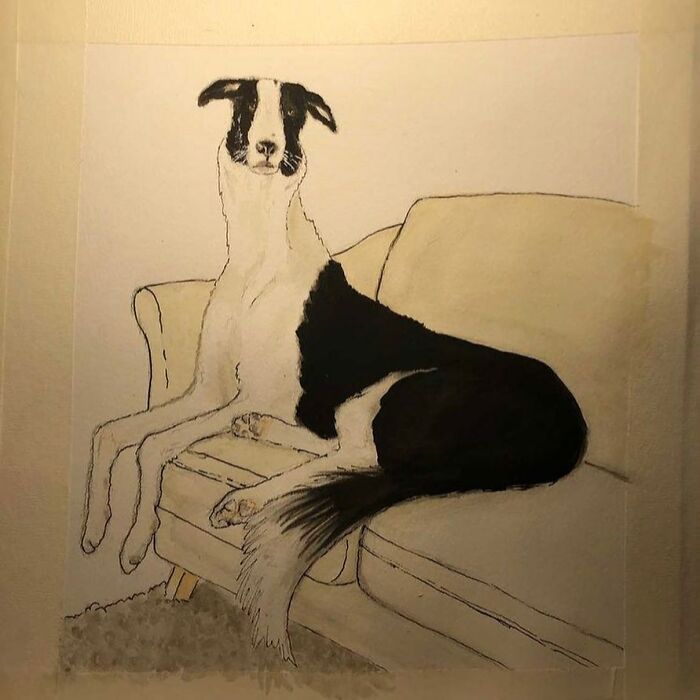 Wow, Gatsby really is one of a kind. Sure, he might look like a giraffe pretending to be a dog, but that does not make him any less adorable. Just look at this cutie standing tall and proud of his looks! His owner is very lucky to have him around.

This is what other people had to say about Gatsby:

He even got compared to the Star Trek dog.

Maybe he really does have some giraffe DNA in him.

Isn’t Gatsby a cutie? Have you ever seen a dog with such a long neck? Share your thoughts with us in the comments below.