But that only comes from training. As you may have already seen, dogs roaming around the streets are quite territorial and will destroy anything. However, even if you rescue one of these dogs, it is entirely possible to calm them down with enough training and even change their behavior. Even though it can take a long time, it is usually worth it. Although, even after all the hard work you put in training a dog, there isn’t a 100% certainty that they won’t make a mess.

That is just the risk you take when you decide to adopt a dog. While most dogs won’t do this, others have issues that they need to deal with. The reason a dog might eat through a door to get to you might be because they have separation anxiety and always want to be with you. There are myriad other reasons for their behavior and if we put the time to understand them, we can realize where they are coming from.

However, it is always fun to catch a dog red-handed.

#1 This doggo wanted a poncho.

#3 He probably forgot the door was even there.

#4 When you destroy your cow toy because you want a hat.

#5 This pupper is doing some cleaning in the house.

#7 At least he is trying to get off the wet cement now.

#9 The doggo looks sad after destroying an expensive car.

#10 He has clearly made a collection of masks by now.

#12 This floor wants to become a plant now.

Most dogs turn to destroying things and making a mess when they are bored. You see, usually dogs need a lot of exercises and thus, need a release for all that energy. That is why most people take them on walks regularly. However, if you fail to do that, there is a chance your dog will try to find another way to entertain themselves. This can lead to lots of broken things. They aren’t doing it to make anyone angry, it is just how dogs are. They are a big responsibility, so one should think carefully before getting a pupper.

#13 He regrets his actions.

#14 These corgis look proud of themselves.

#16 This is highly disturbing if I say so myself.

#17 He doesn’t want you to go away anywhere.

#18 Who is the culprit behind taking down the blinds, I wonder? 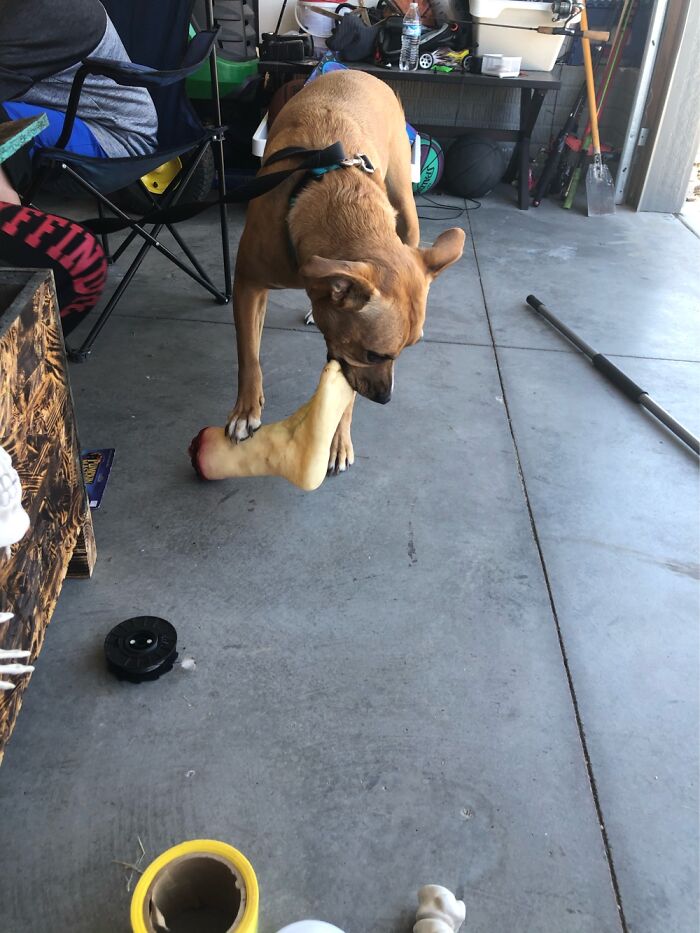 #21 He is tired after a hard day’s work of making a mess.

What is the worst mess your dog has ever created? Let us know in the comments below. And don’t forget to share these dogs’ shenanigans with your friends.