Well, nobody actually likes the xenomorphs except crazy people but many people have some of the movies in the Aliens franchise in their top ten list. And that is for good reason, they really did overhaul the sci-fi and horror genre. I don’t think anybody was ready when the little xenomorph came bursting out of a human belly. But that is the sort of gore we come for in the Aliens movie.

On the other side of the coin, there is Star Wars. It might be sci-fi but it is not at all horror-themed unless you are really scared of Darth Vader which we all are but not in the same way as a Xenomorph. You would think these wildly different concepts wouldn’t make sense in one picture. But surprisingly enough they do. And one artist decided to bring them together in his illustrations.

You can check these out for yourself by scrolling below.

#1 This is honestly one of the most epic pictures I have ever seen and that is saying something. 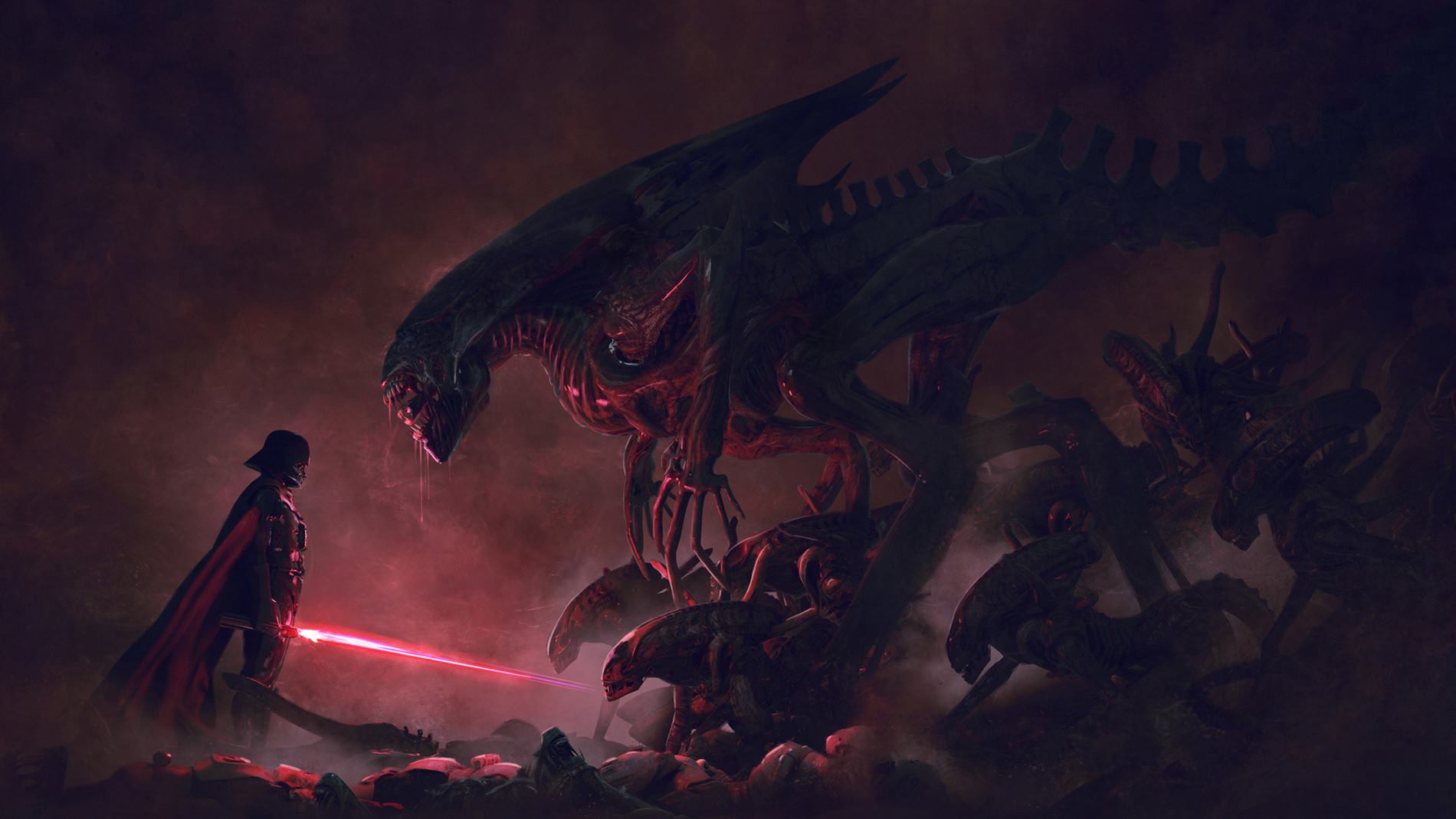 I am a Digital Illustrator and Concept Artist from Barcelona. I have been working as a digital artist since 2004. Ever since I was a child, I had always dreamed of working in the film industry. In just the last few years alone, I have had the pleasure to work for such companies as Industrial Light & Magic, Ubisoft, Blizzard, Quantic Dream, Netflix, Mythic Games and National Geographic.

No matter whether it is for movies, television shows, video games or board games, what I’m really passionate about is telling little static stories framed in a frame without movement.

#2 I wouldn’t have thought that the Storm Trooper would be able to hit the alien even at point blank range. 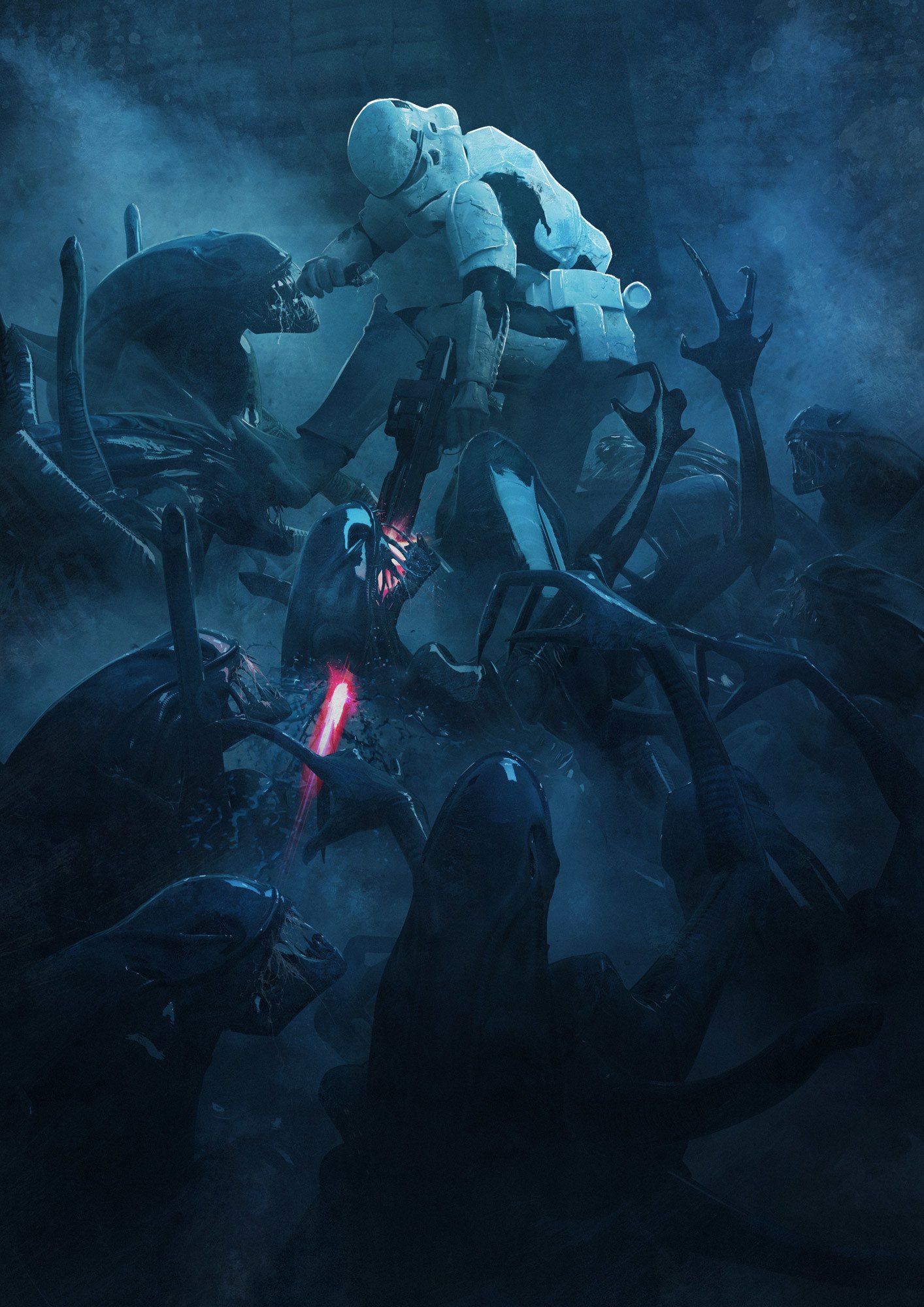 #3 These Storm Troopers must be different from the ones portrayed in the movies because these are bada**. 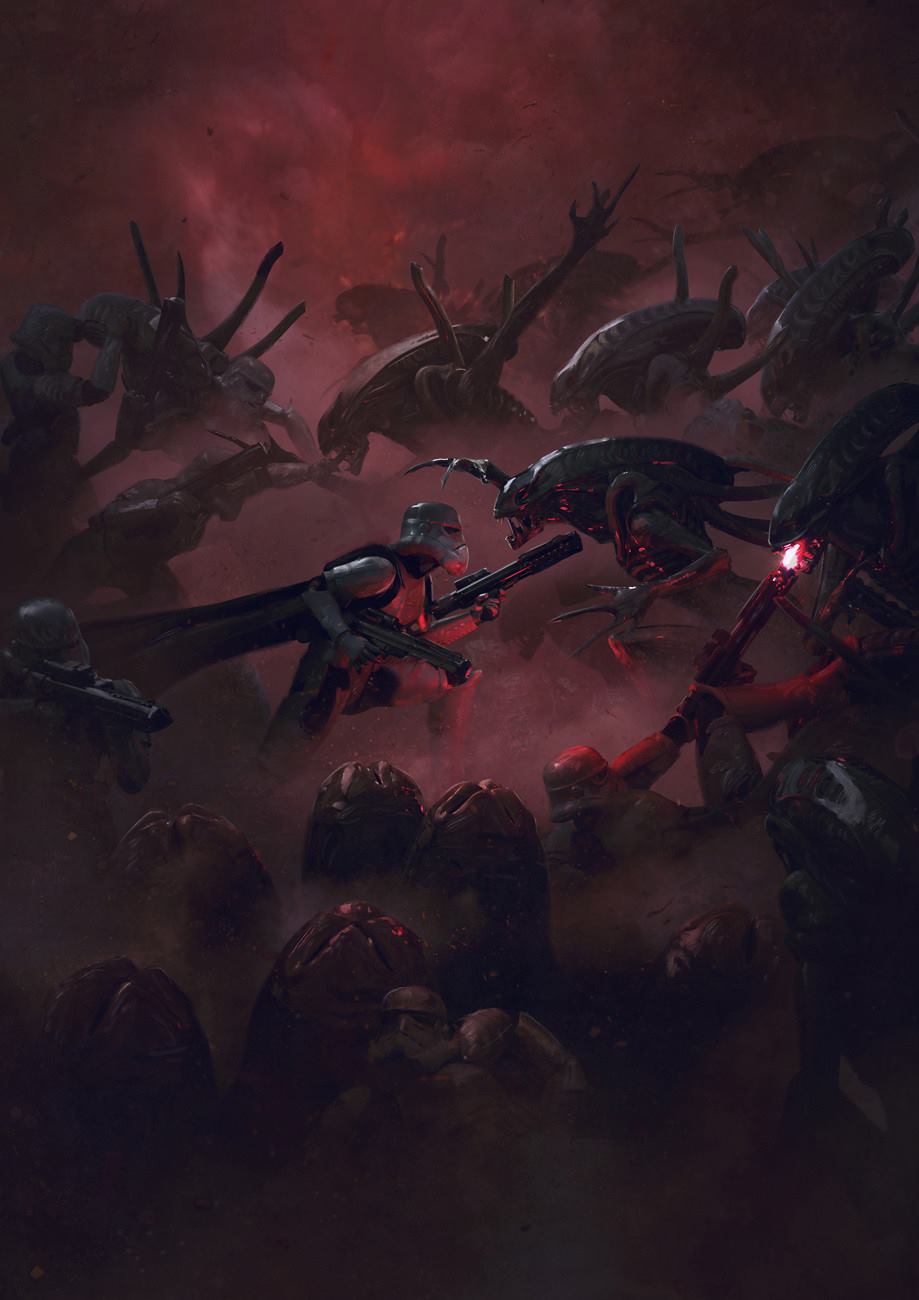 #4 They are making a last stand in the face of this horror.

Even though Disney owns both of these franchises, I don’t think they would ever be willing to take such a big risk and create a cross-over between the Aliens and Star Wars. Even if it might be one of the most epic things the world would ever see. And I don’t know about you but, I don’t think Darth Vader can win against the aliens even if he is one of the strongest villains in Star Wars history.

But who knows really? The only way we can know for sure is if a movie cross-over graces the big screen.

#5 Only Darth vader can be this fearless. 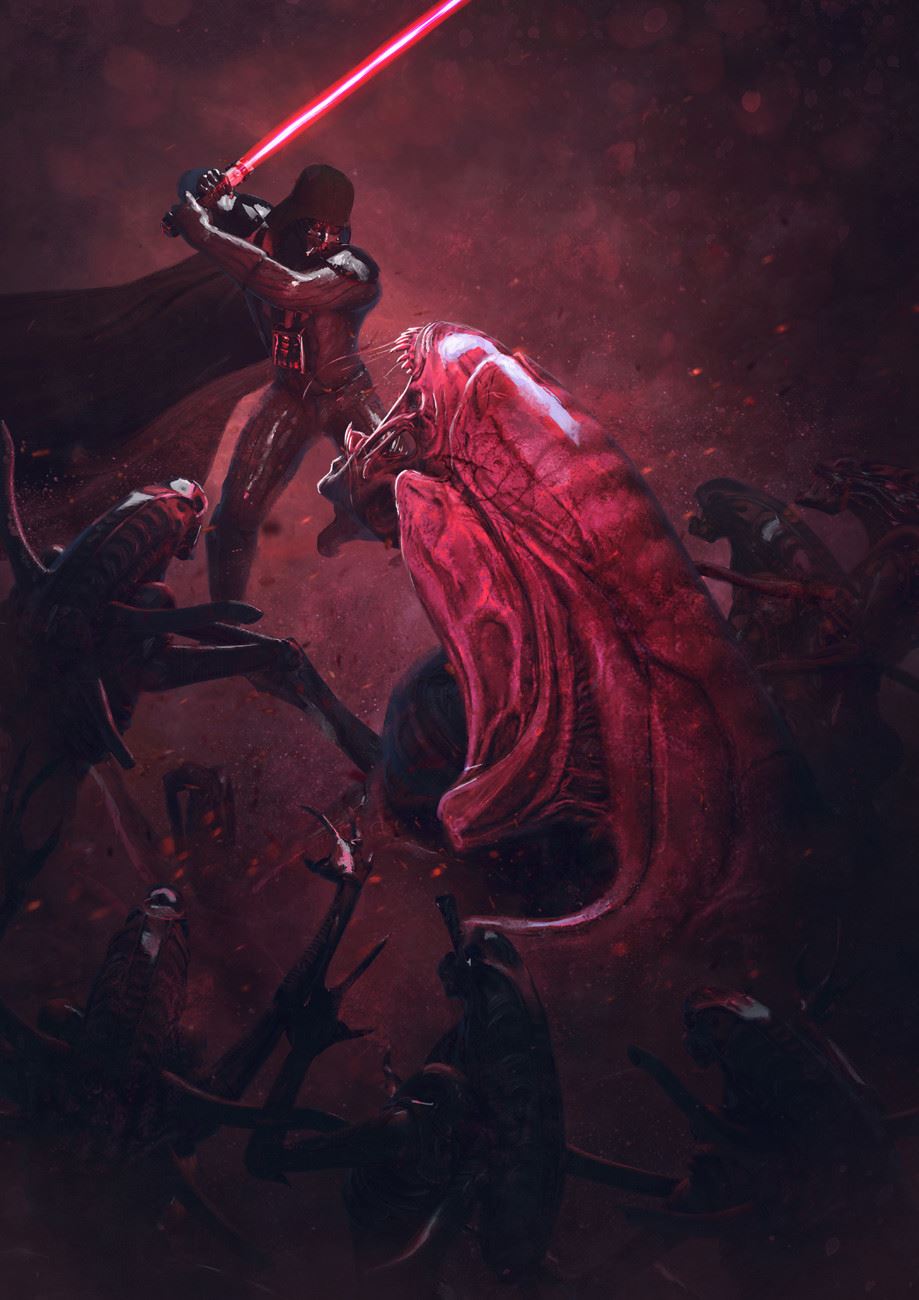 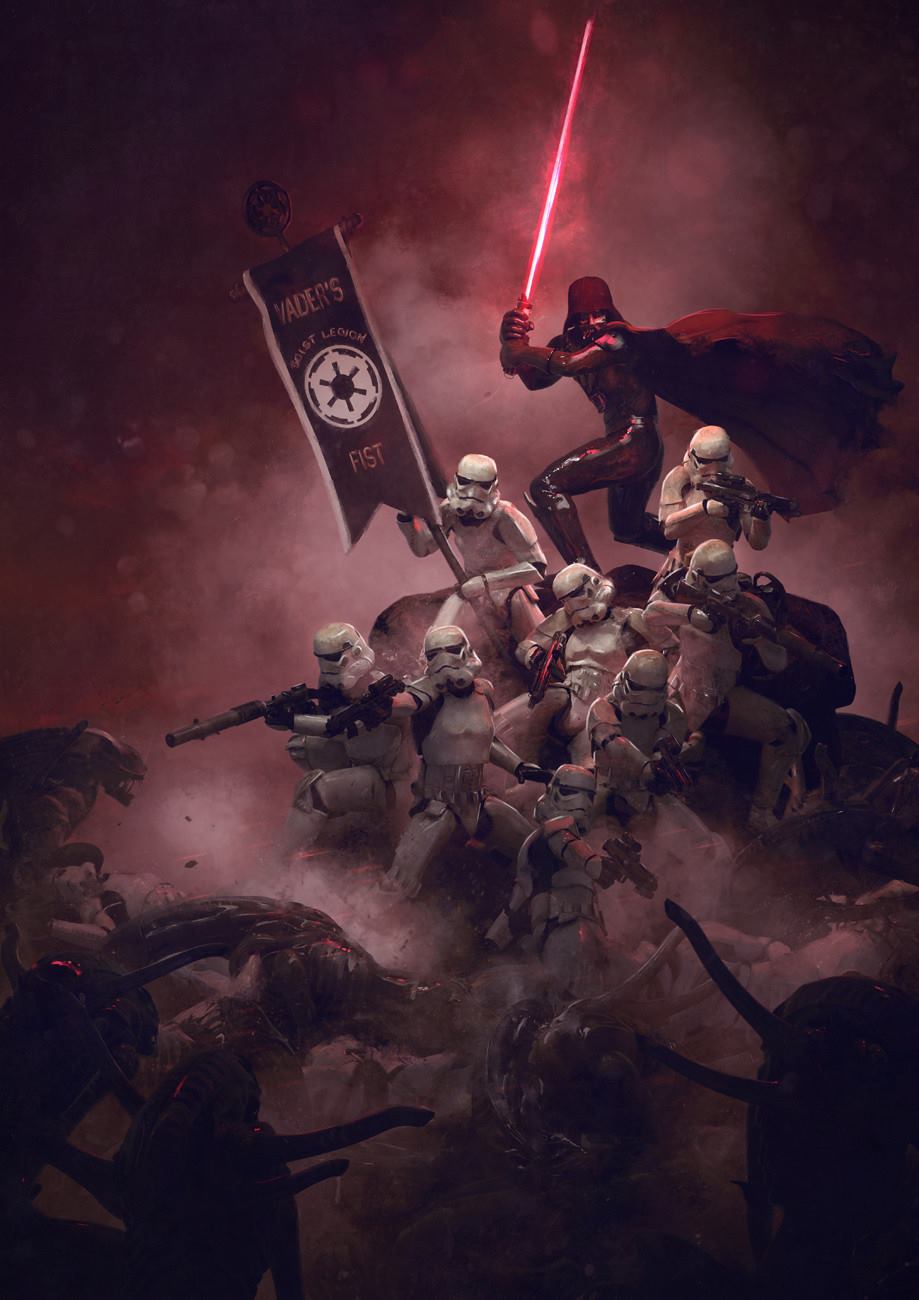 #7 And he has taken it to the next level. 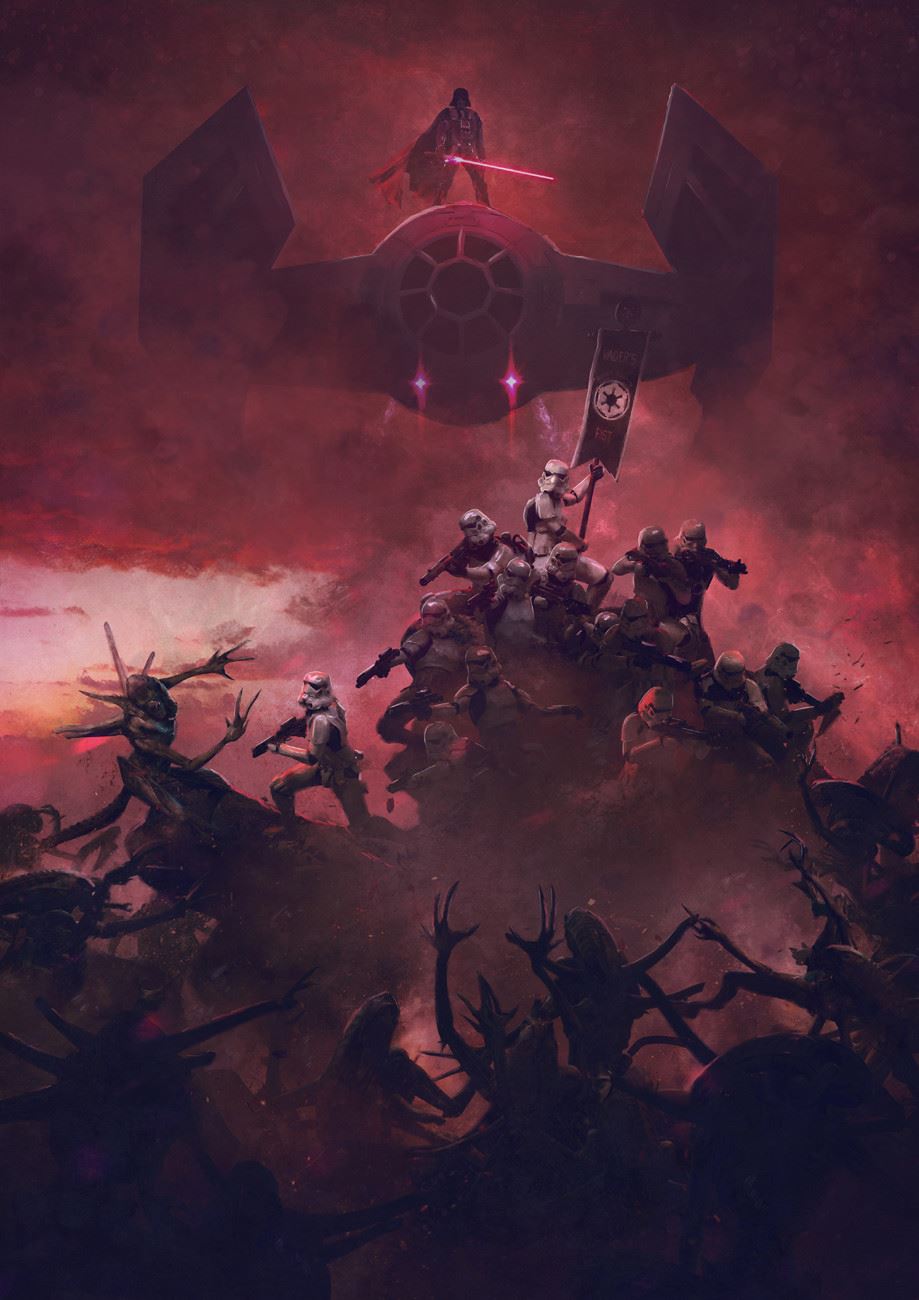 #8 I don’t know about you but I would want to wear torso armor to protect myself against the acid. 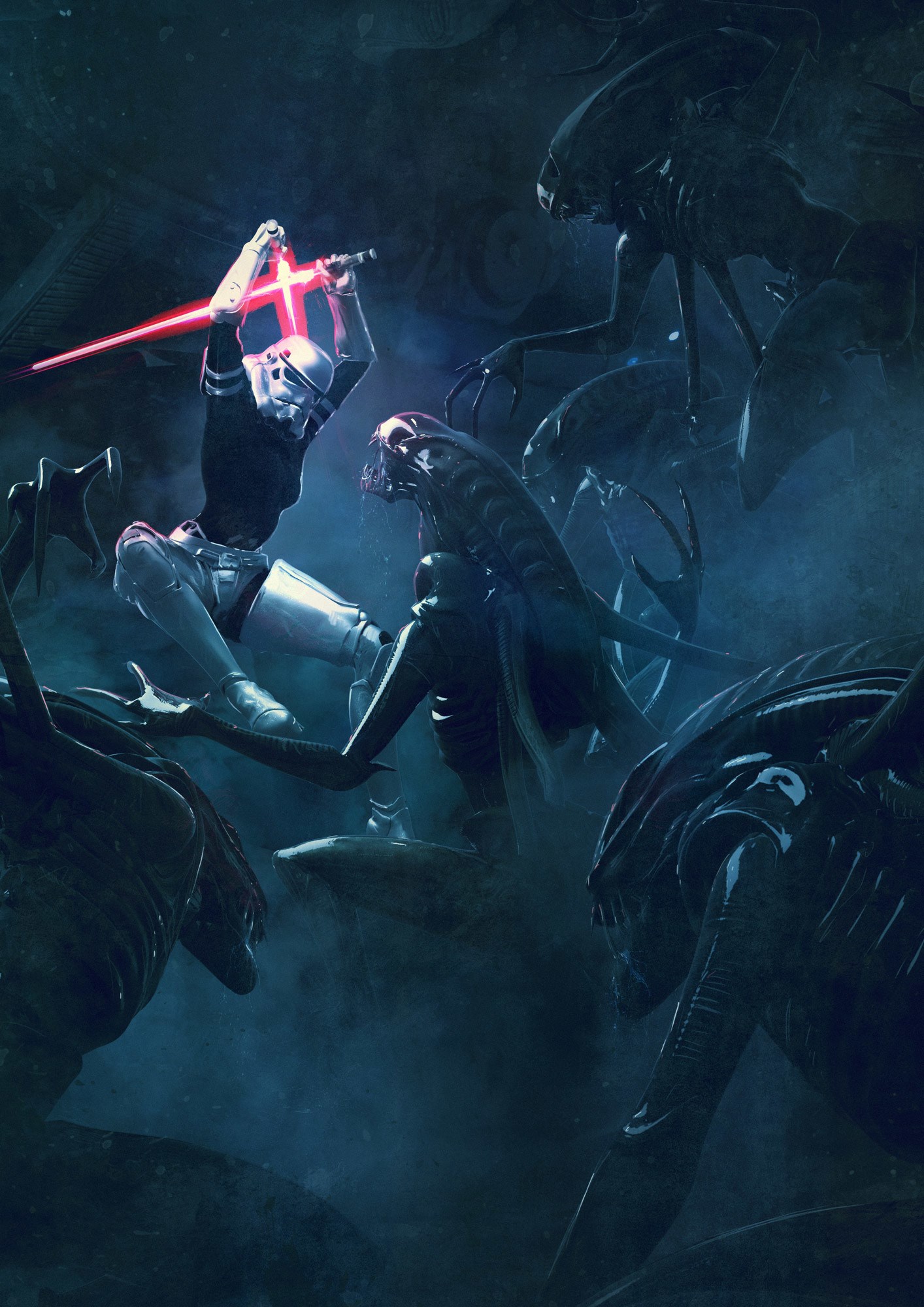 #9 Then again, she is cutting down the Xenomorphs like nobody’s business. 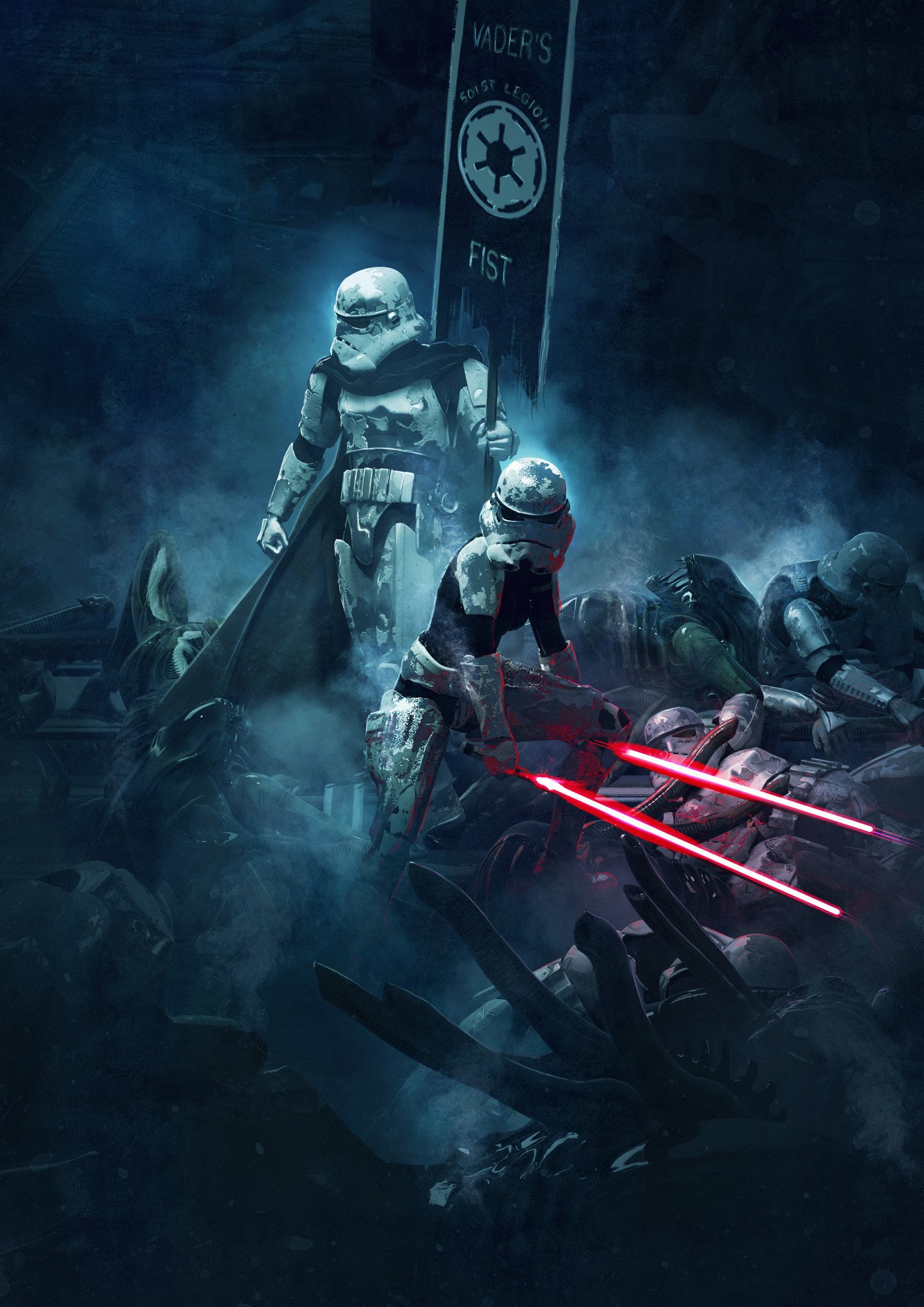 Who do you think would win in this? The Xenomorphs or the Darth Vaders army? Would you ever want to see this sort of crossover? Let us know your thoughts in the comments below and, don’t forget to share these amazing illustrations with the rest of the world.