Some people are just too oblivious for their own good.

For example, some people think they are absolutely in the right even when the actual law and rules are against them. I have no idea how someone can be so pompous and believe they are right every time but these kinds of people exist everywhere these days. Especially in the positions of owners and managers. They also like to flex their power over the other employees.

At least I assume that was what this particular boss was trying to do. You already know that every employee has an allotted amount of days off a year and that means using them for whatever emergency or issue they need. While some people would argue we should only use them for actual emergencies there is no law that requires that as long as you tell your employer beforehand.

That is what this employee did but the response he got was less than kind.

This experience starts with a little bit of backstory on the company. 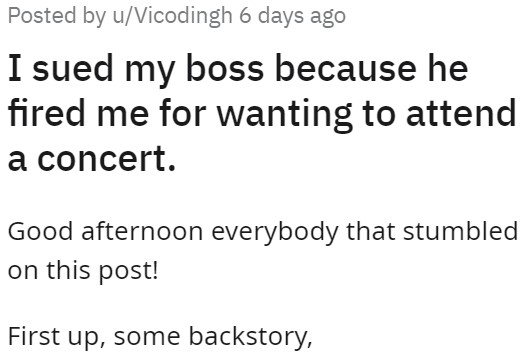 At first, the job was actually quite good and the owners seemed nice. 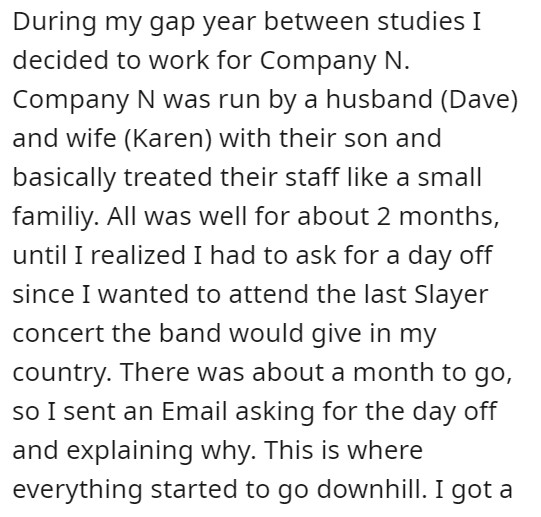 But that all changed when he asked for a day-off. 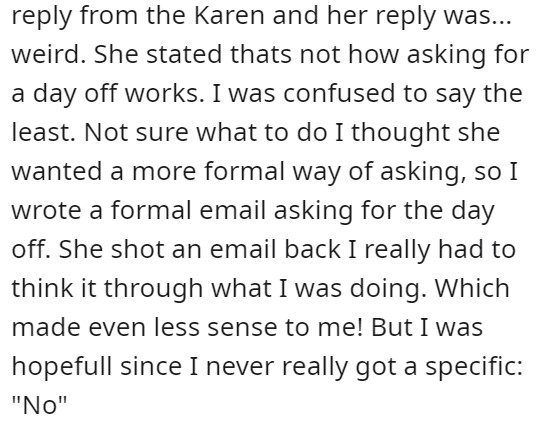 He didn’t know why he was being refused since no one was giving him a clear answer. 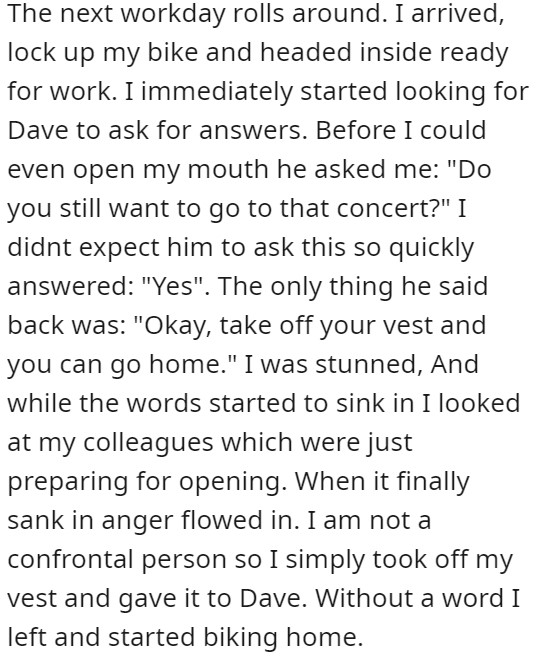 And just like that, he was fired. He was understandably shocked and felt humiliated by the unjustness of it all. So him and his mother hatched a plan to get back at the employers.

They read up on the laws and realized they were absolutely in the right. 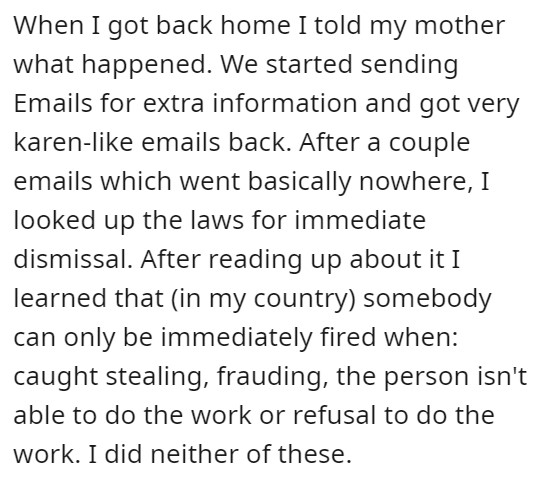 Assuming there wasn’t a scheduling conflict they were trying to cover for, my guess would be that they were being the Day Off police.

Days Off are reserved for Real Reasons like Medical Emergencies with accompanying Doctor’s Note. The fact that OP revealed the reason for wanting the day off was not a Real ReasonTM was some affront to the company itself, or some breach of company loyalty, or such.

OP somehow became unreliable or untrustworthy by choosing a dumb concert over the duty and responsibility of their job. And this was the natural Consequence for such a poor choice. –karasu337

And this is how the trial began. 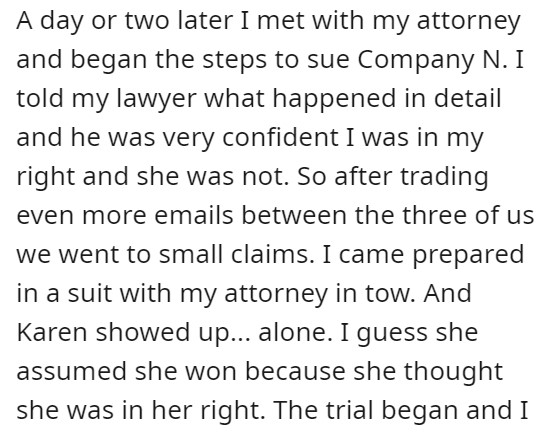 The Karen thought she had won but she was in for a rude awakening. 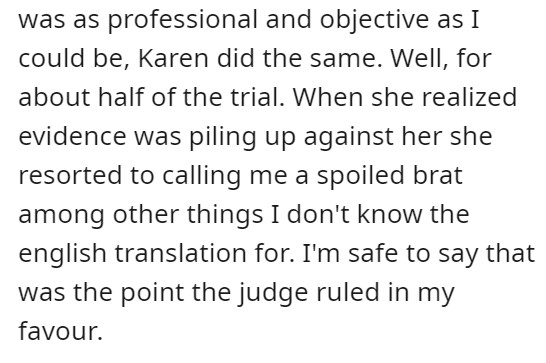 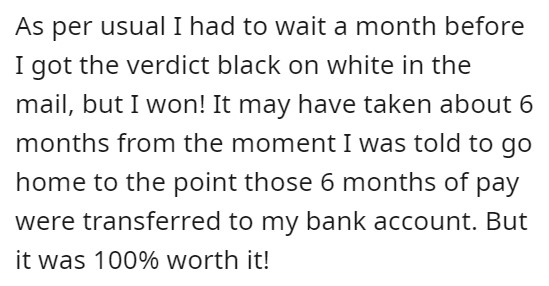 He also got to go to the concert so all is well. 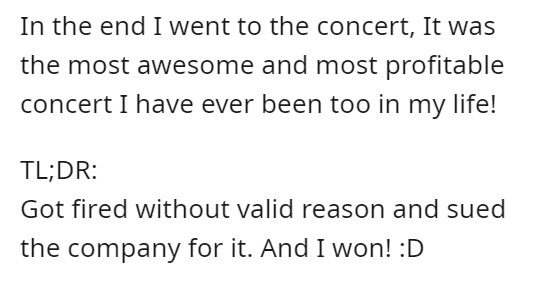 However, we might never get to understand why they objected in the first place. 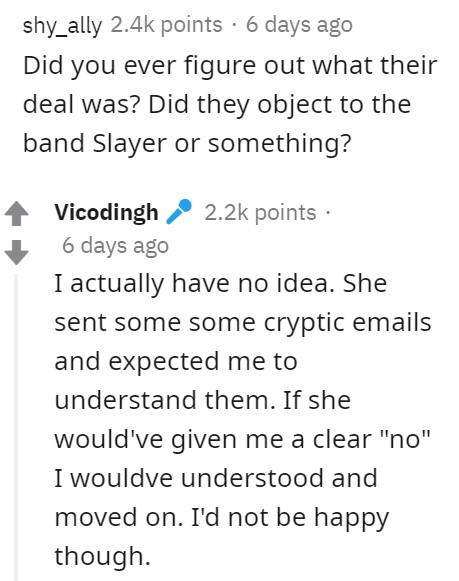 Even if it is so, they had nor right. 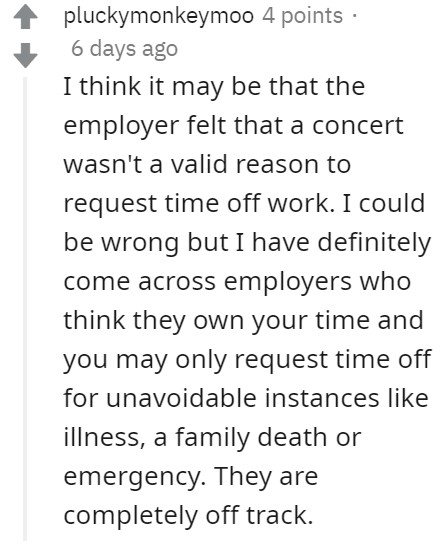 This is something that I also learned the hard way. 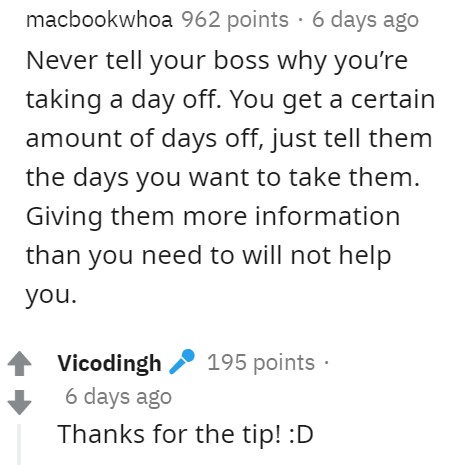 What do you think the reason was for his employers to act this way? Do you think they were unjustly sued? Comment down below and let us know.