Did you ever tattle on someone?

If you did then there is a high chance that they hate you right now. I mean I understand telling a figure of authority if someone is in the wrong but taking it to a whole new level by paying more attention towards other people than focusing on your own work is just sad. I have certainly dealt with people like this who want to show you up and will do anything to get under your skin. Even finding little mistakes that don’t matter in the long run but trying to use them as ammunition against you.

What I have seen is that the best thing to do in this case is to just focus on your own work and don’t let their meaningless words bother you. Because at the end of the day, you will surpass them in every way and they will be left behind. However, sometimes you want to take revenge and there is nothing wrong with that either. And that is the road the following person decided to take when it came to the office tattler.

You can scroll below to read the story for yourself.

First, we get a little bit of background on what rules their office has. 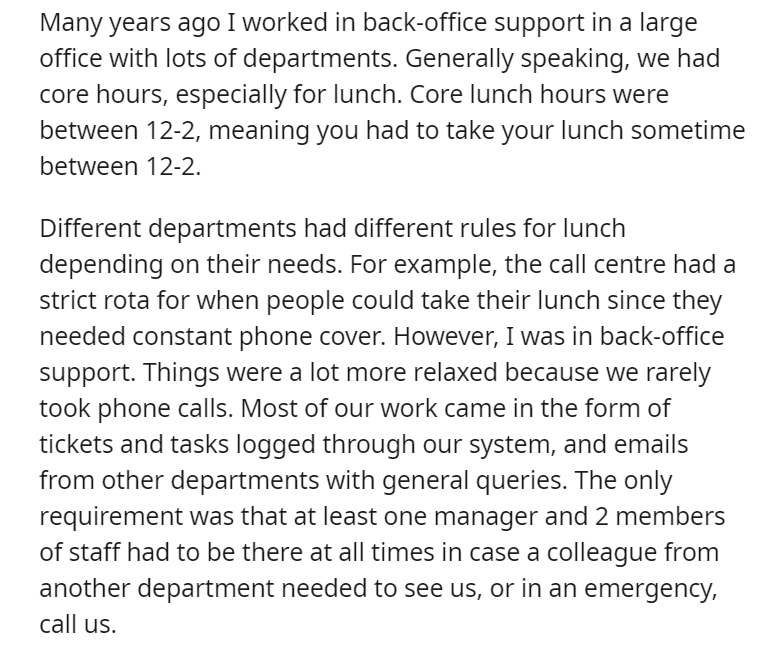 And then we go on to read why this person took a break two minutes before the usual time. 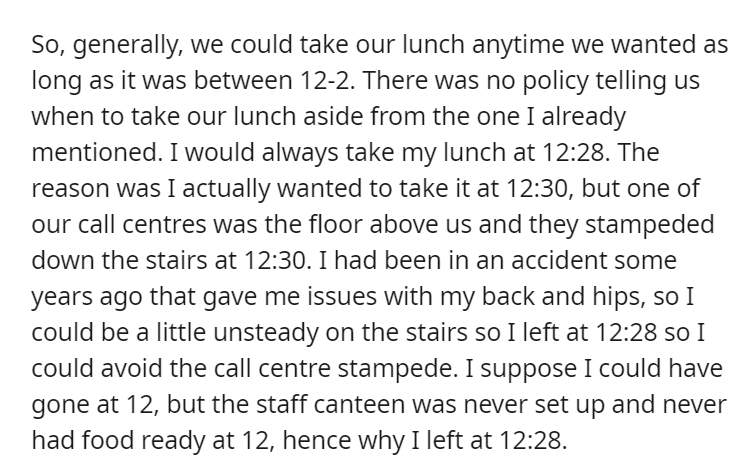 However, there was a reason behind that and they were never late to work no matter what. 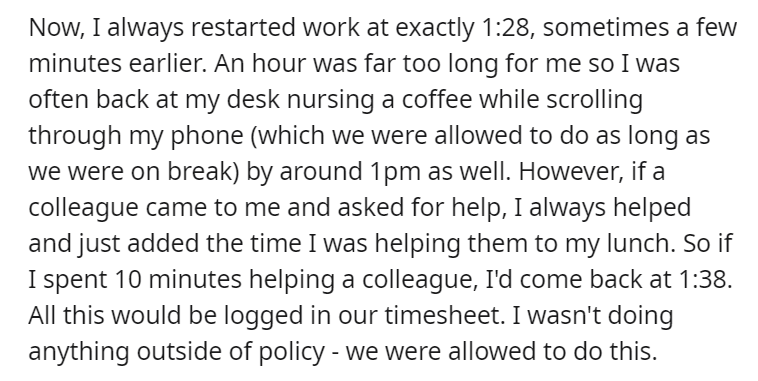 But there was a storm coming in the disguise of the office tattler named Mindy. 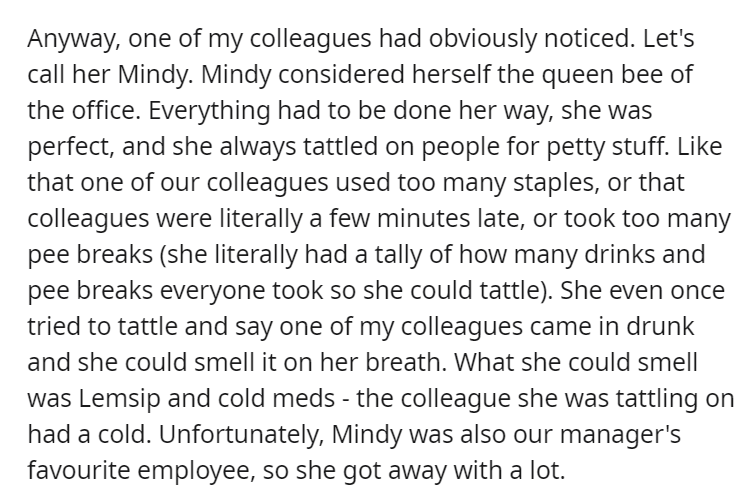 She unsurprisingly told the manager about the lunch ‘issues’ which caused the manager to crack the whip, so to speak. 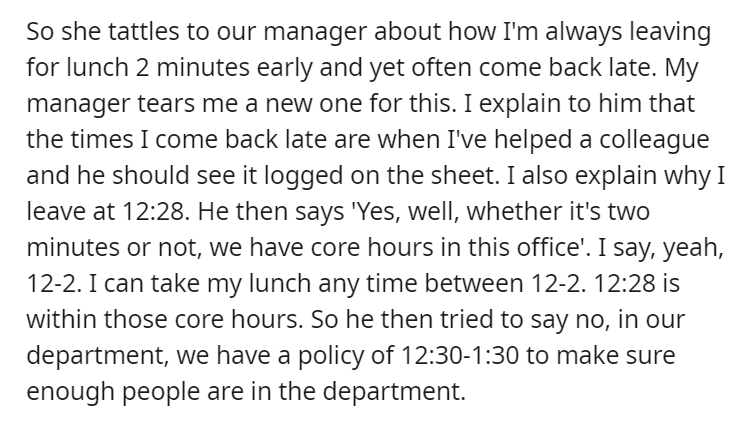 The Reddit poster decided to play along and did what they were asked to do even when Mindy needed help. 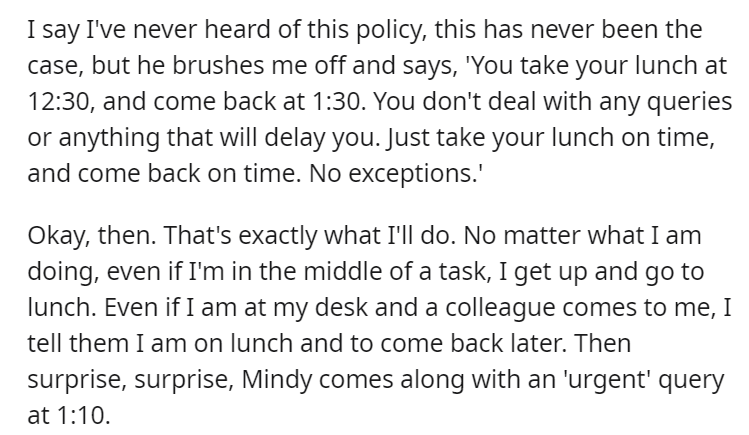 At this moment in time, she thought she had him in chains but she didn’t expect their next argument.

So both of them were left seething but were unable to do anything.

However, the story doesn’t end here as the next manager had enough of Mindy and laid into her. 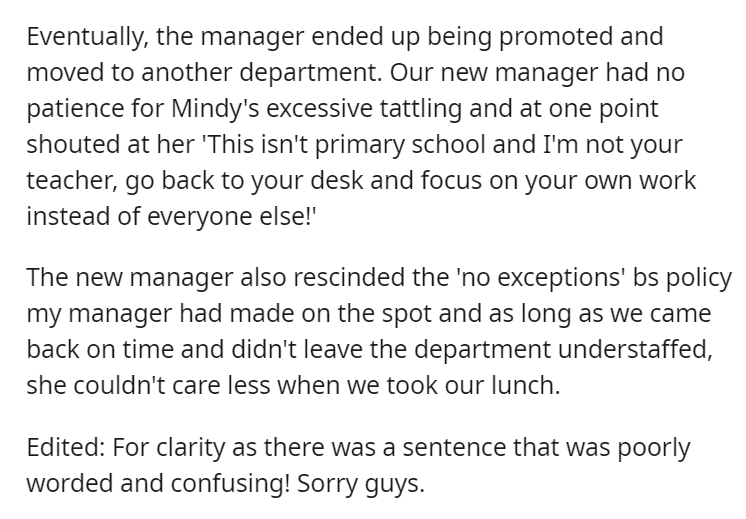 I have no idea how people become like this in the first place. Do they really have that much free time in their life? Or do they feel better after trying to humiliate others? This is just another form of entitlement where they think they are above the others and that they don’t make mistakes. However, karma usually gets them back one way or another.

People in the comments were quick to share their own stories.

And it seems everyone has a Mindy in their workplace. 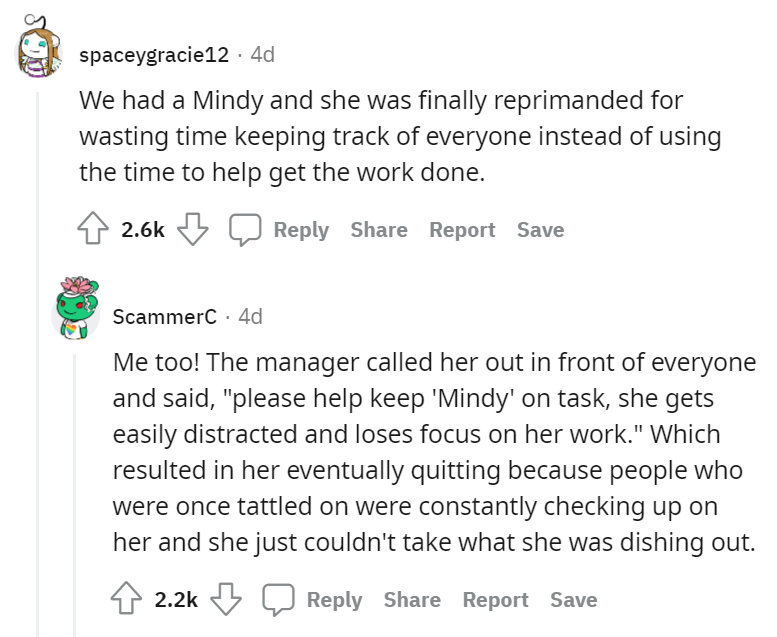 Most of us sadly know a Mindy but usually, Mindy’s don’t end up going very far. 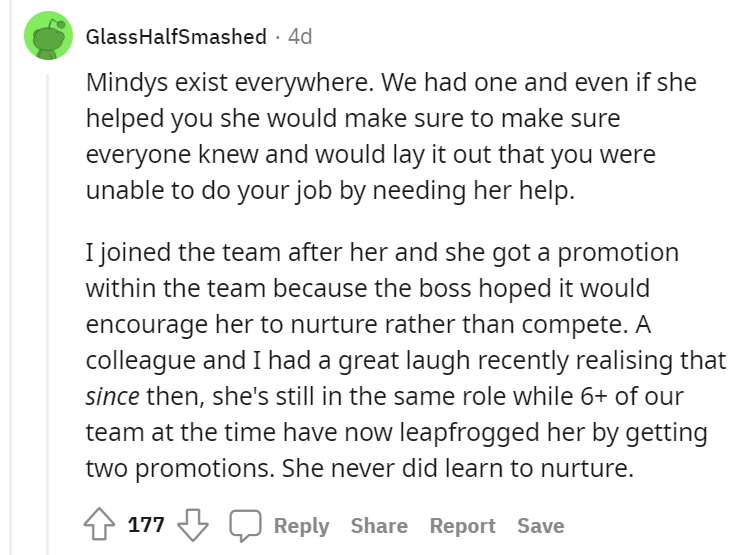 Sometimes a Mindy learns their lesson but it depends on the individual. 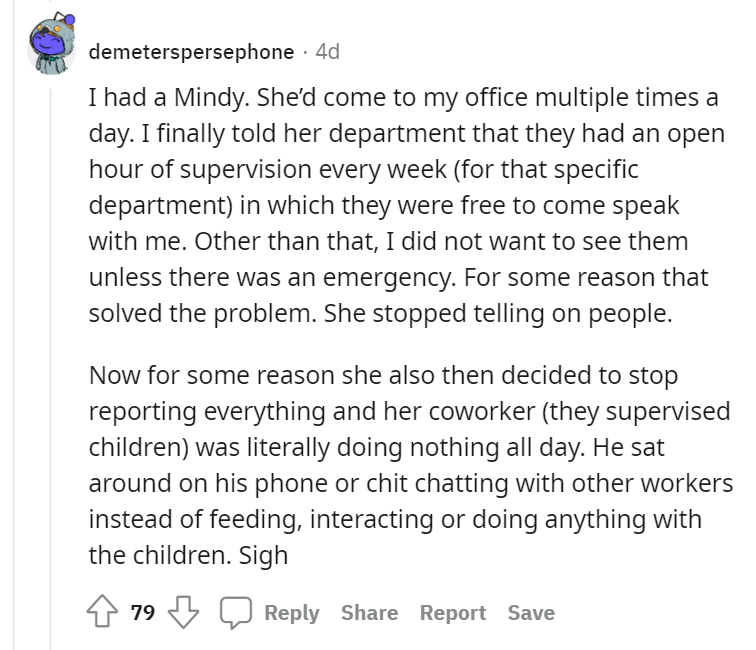 Everyone should just stop butting into everyone else’s business and focus on themselves. 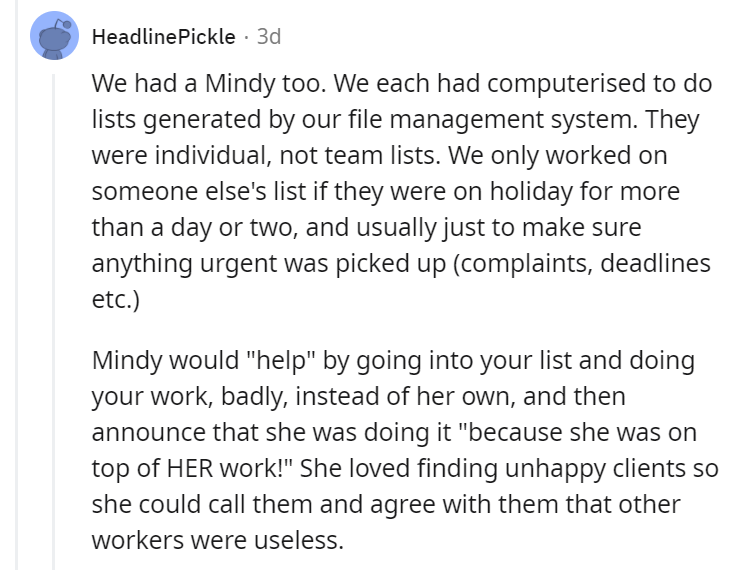 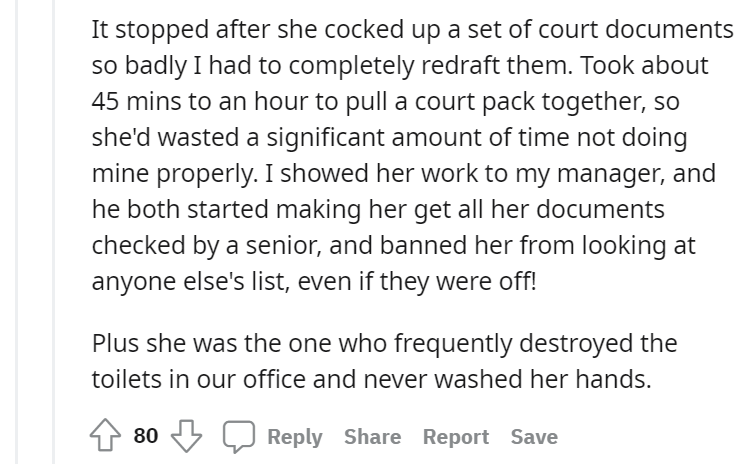 Comment down below and let us know what you would have done in this situation.