Family members can be very toxic.

Growing up, we never even think of the possibility that we can be double-crossed by a family member. We think that blood relations are the purest of all and the love you receive from family members will always be unconditional. Even though for some people that is true, but a lot of people are not that lucky.  Family can betray you. Family can use you. Family can be greedy. You might have the worst years of your life when you live with your family and finally be free when you move out. Just because they are blood-related, does not mean they will be loyal to you. That is the harsh reality of the world. We should never expect too much from anyone. It is always the most unexpected ones that betray us in the end.

This person on Reddit shared their story of house-sitting for a family member for free, who later asked the person to pay the bills for their stay. They asked if they are wrong for refusing to pay anything. Scroll down below to read the details and decide for yourself: 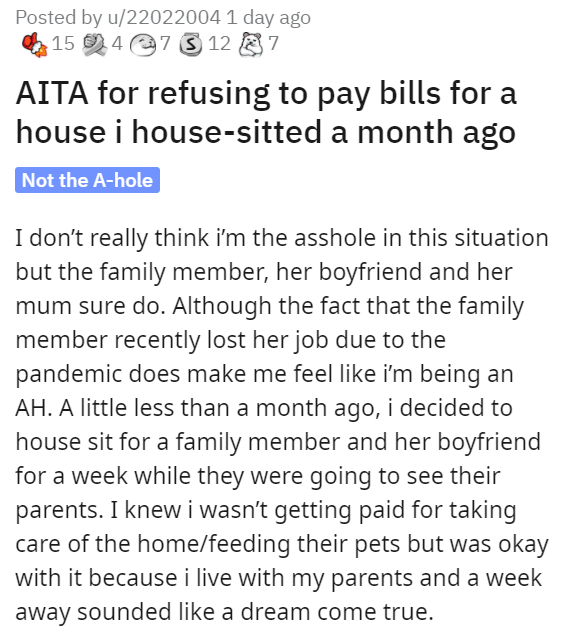 The person also took care of their pets. However, after returning home, the family member sent them a PayPal request of $184 saying they have to pay the bills for when they stayed. 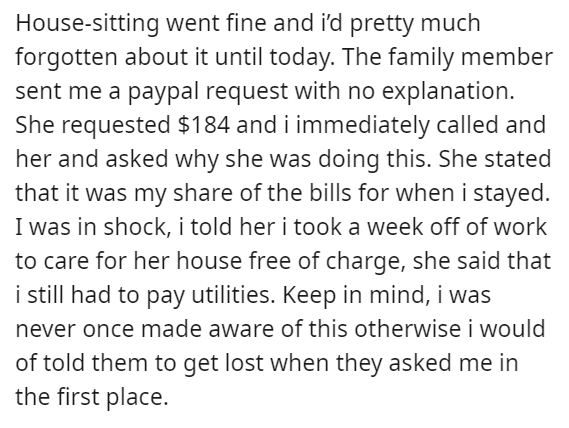 The person refused to do so and stopped responding to their messages.

The Reddit user then asked if they were wrong for doing so. In my opinion, the Paypal request for bills is just ridiculous. This person took care of your house for free and fed your pets. Do you know how much it would have cost you if you had hired someone to do all that? There is so much greed here, it is sad. The person isn’t wrong at all.

This is how other Redditors responded to the whole incident: 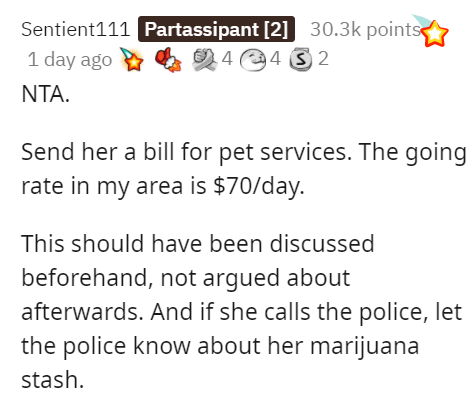 People explained how much the Reddit user should have charged their family member. 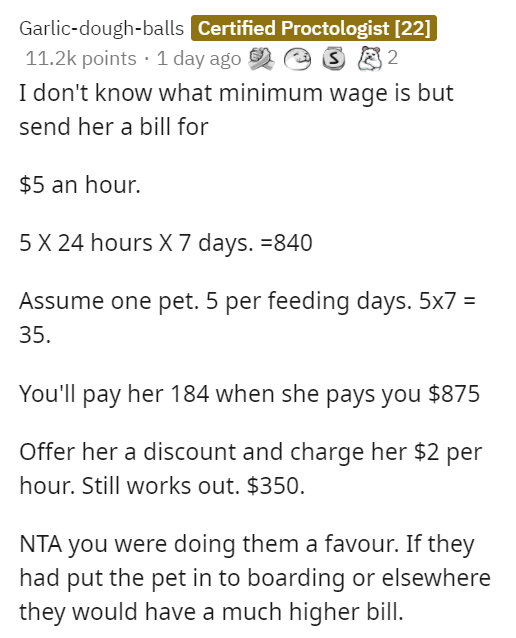 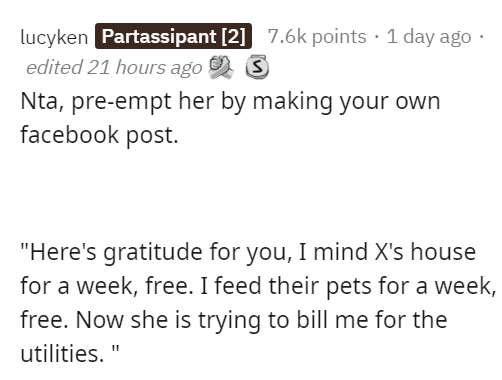 The police would just laugh at them. 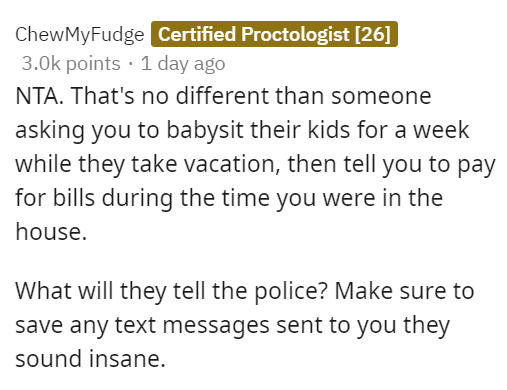 Is the family member in their senses?

The Reddit user should make them pay up instead. 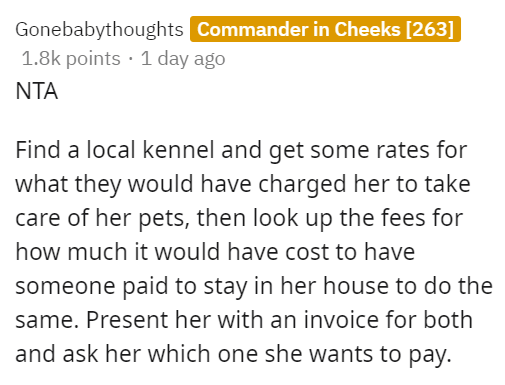 What a nightmare of a family. 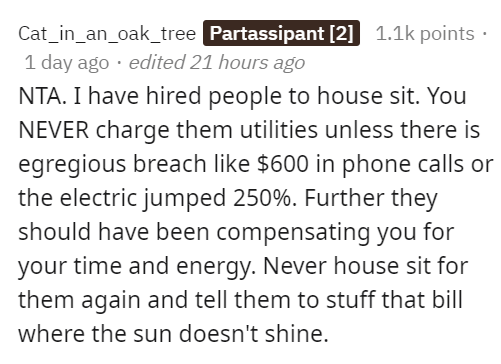 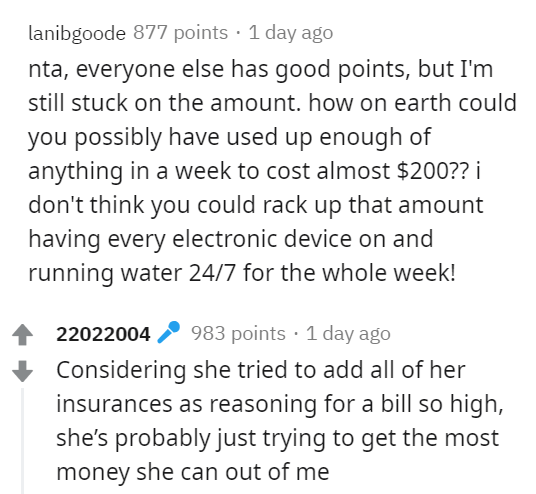 Who do you think is in the wrong here? Share your opinion with us in the comments below!