Who knew restarting a modem was a cause for threats?

I am sure we have all faced Internet issues. And I would be the first to admit that even I get angry at customer support sometimes when my Internet isn’t working. Yes, I am well aware it isn’t their fault but sometimes it is impossible to contain your anger. However, I have never threatened someone just because they asked me to perform basic troubleshooting like restarting my internet device.

I think that is to be expected when you call support for help. They are trying to help you fix your issue so why wouldn’t you listen to them? Apparently, this guy thought it is their job to come to his house just to restart his modem. Because and I quote ‘It isn’t his job’. I have no idea how people can get so entitled but here we are.

And you can read the whole story by scrolling below and taking a look.

This guy sure has some anger issues. 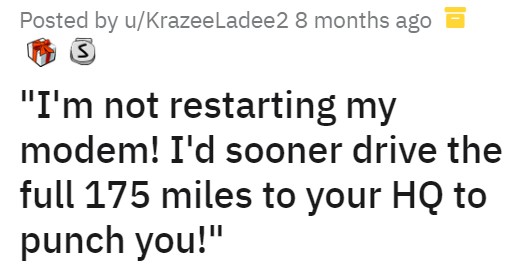 Customer support sure has to deal with a lot of characters. 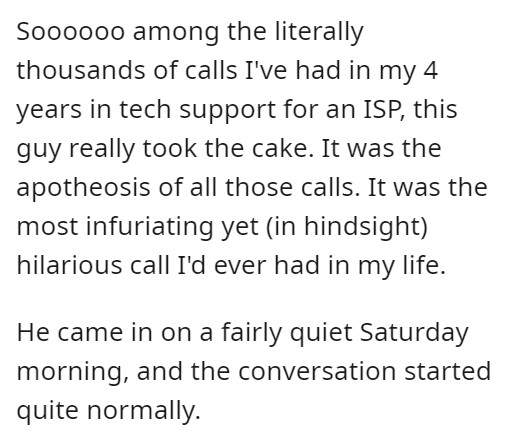 At first, it seemed like a normal call and the customer was being nice enough. 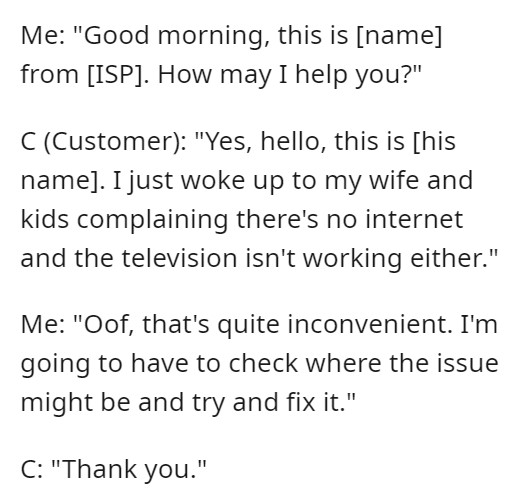 He was complying with everything she was saying at first. 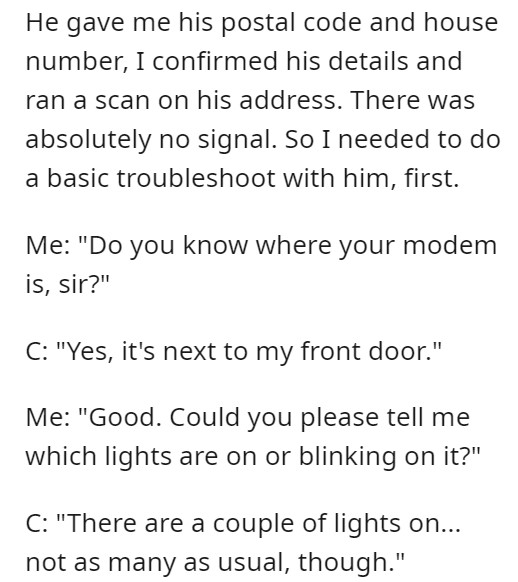 However, that soon changed when she asked him to restart his modem. 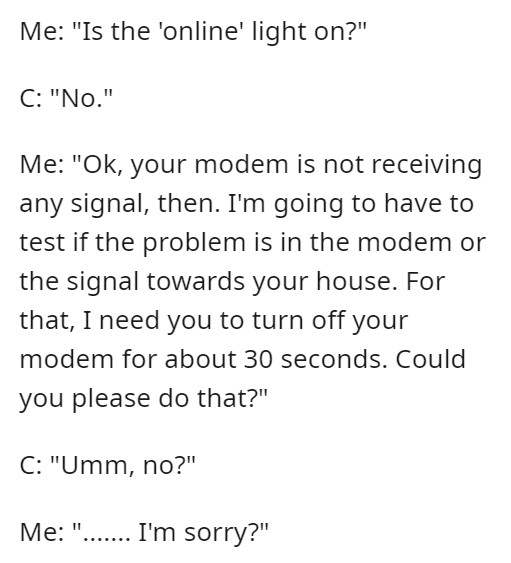 I have no idea why he couldn’t do this simple task. And why he was angry. 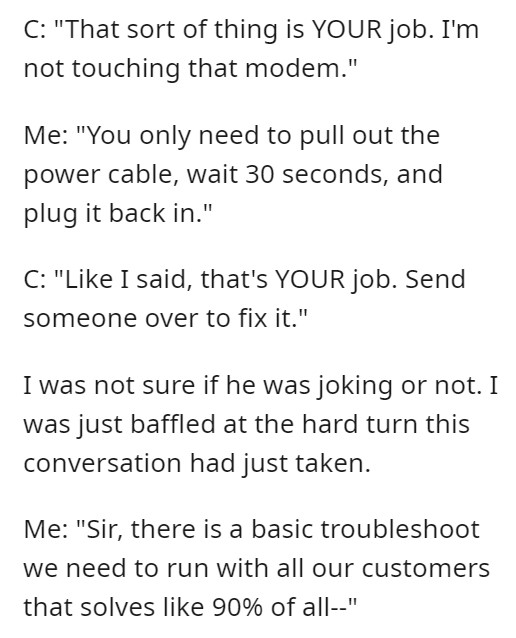 But one thing is for sure, he wanted to get paid for simply pulling out a plug. 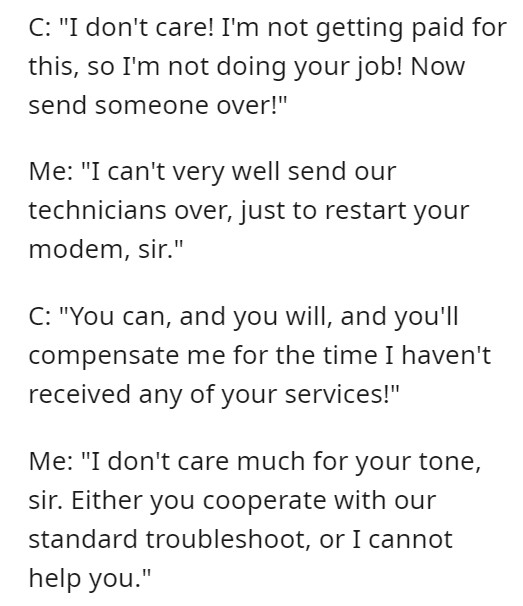 What was he going to do? Report her to the police for helping him? 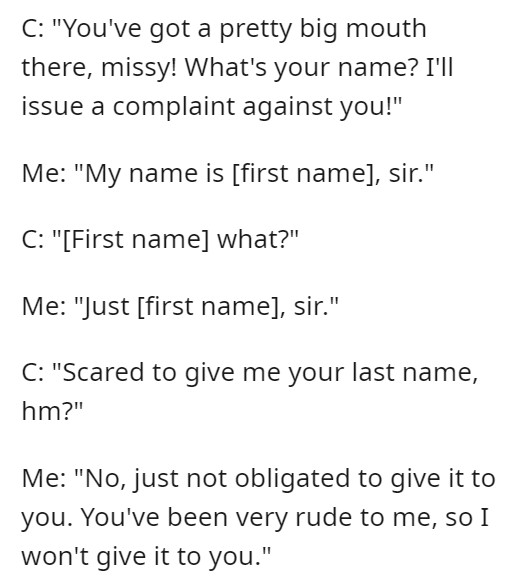 Management FINALLY let us take our full names out of publicly shared info at that point. –AiliaBlue

Did he realize how dumb he sounded on the phone? 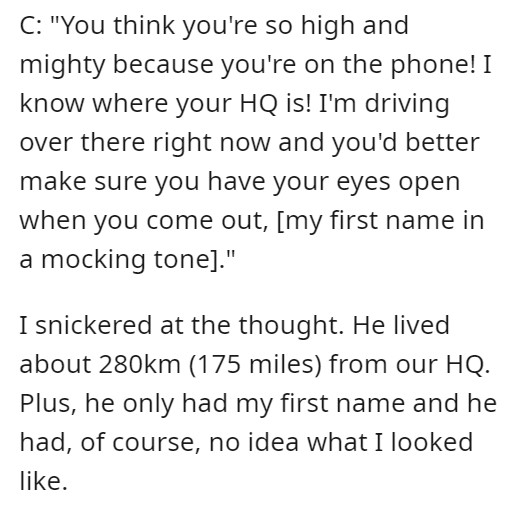 I am too baffled to even think of why he did this. 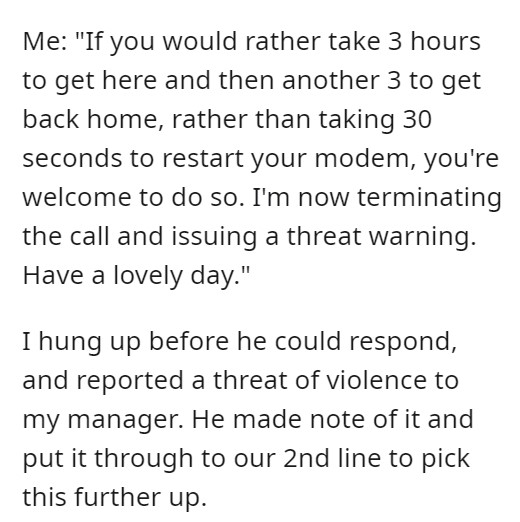 And she is supposed to care, why? 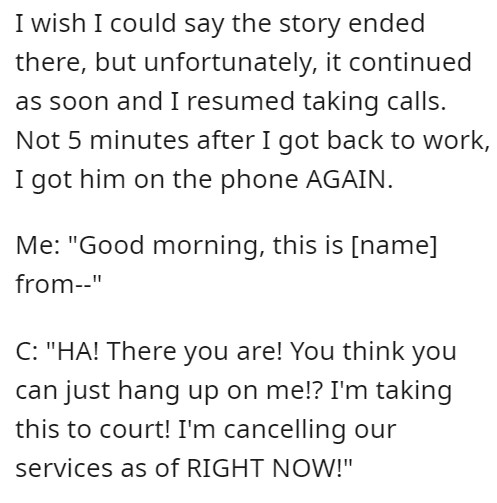 As it turns out, he tried to sue the company. As expected he lost. 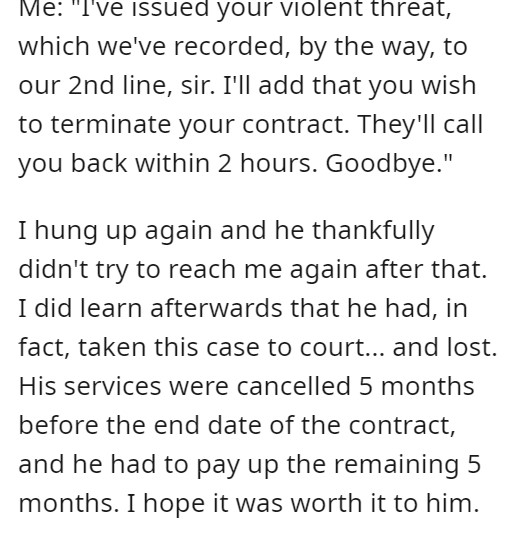 Oof, I feel sorry for his family. Imagine having to live with someone that thinks that this is an acceptable thought process. –suodrazah

That would have actually been very hilarious to see. 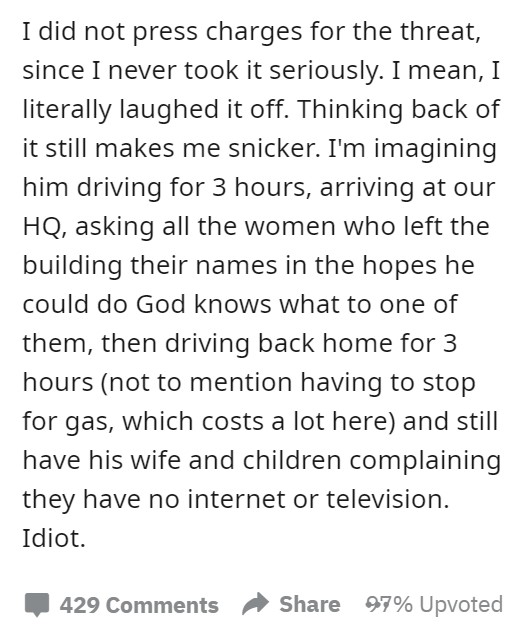 Why do you think he acted that way? Was there any reason or was he just having a breakdown? Comment down below and let us know.