How can choosing beggars call others selfish?

When they are the ones being selfish. Do they not understand the meaning of irony? I mean what can be more greedy than ripping a person off and wanting them to give out their services, time, and materials for free when you are basically a stranger. Even if you are their close family, it is still not right to demand something from anyone.

However, choosing beggars do not operate these ways. They’d rather threaten and moan about all the injustices they have to face in the world than be a decent human being. I have dealt with these sorts of people before and it is never a nice interaction. Honestly, it is better to just block them outright rather than ‘humor’ their stupid behavior.

It’s only a few messages but that line about ‘being better this weekend’ ticks me off the wrong way. 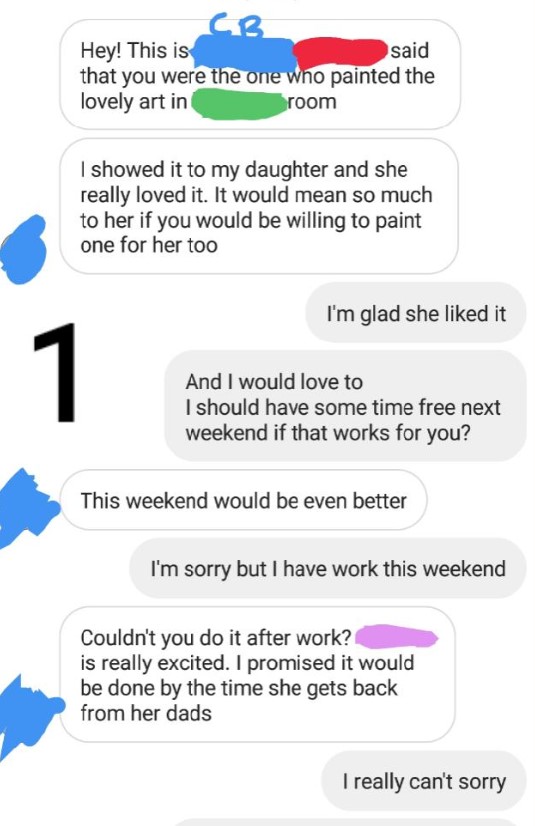 I don’t think I would have made it past the “I promised..” in pane 1. Don’t make promises with other people’s time and labor. Even just the “This weekend would be better” would have had my hackles up. That person is all red flags. –RobertDownseyJr

Honestly, she also has the audacity to ask so? 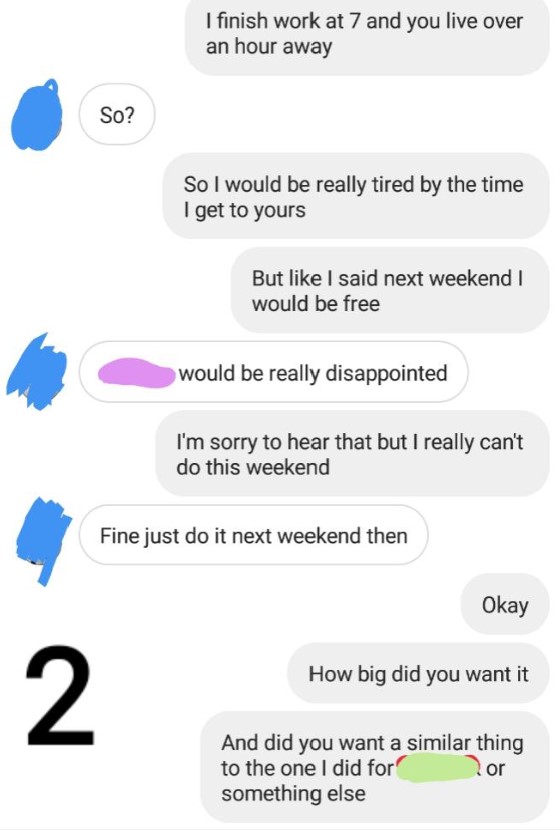 I’ve actually found in browsing this sub that I get more annoyed with the victims most of the time than the beggars.

Like the beggars are obviously huge pieces of shit… But I find myself getting aggravated at how much of a leash the victims give. After that “So?” I wouldn’t have responded again. No chance. –DirtThief

I would have blocked them by now. 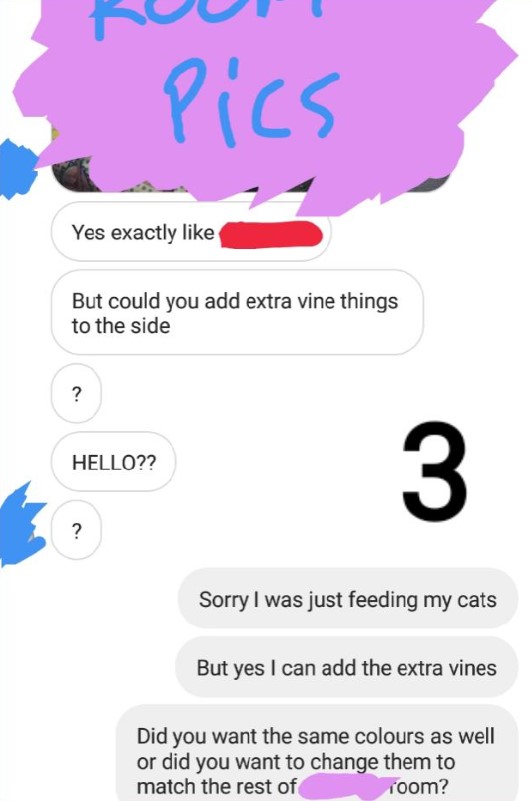 There is a difference between a god-daughter and a complete stranger. 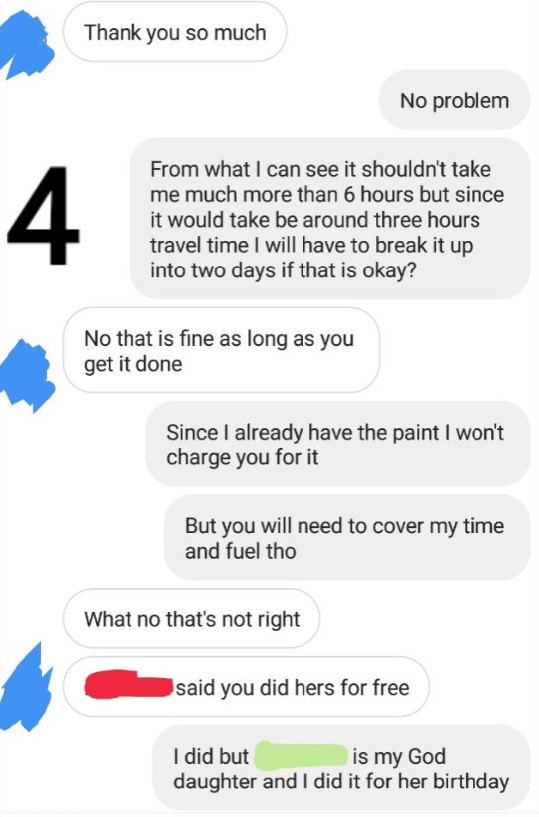 Not relevant but I always struggle with the definition of single parent. The texts say that the daughter is with her dad at the moment, so the mom clearly shares custody.

To me, that would mean you’re not a single parent as you’re not the only person parenting that child. Single parents and parents who are no longer together are quite different in my mind. –MaartjeB99

She isn’t even charging you that much. 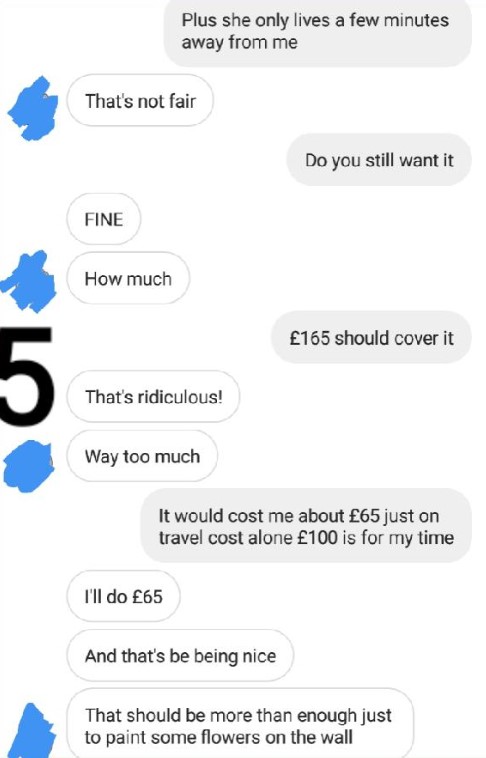 I wasn’t aware being a single parent meant you are owed something. 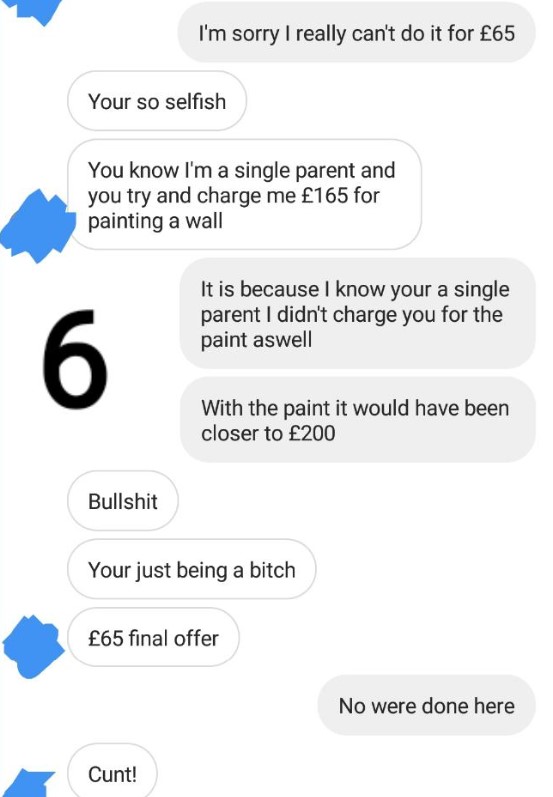 That would have been the right response in that scenario. 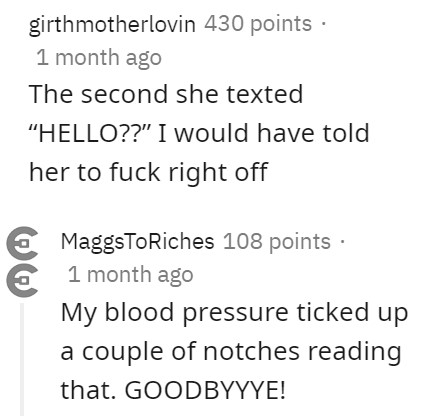 I suppose they do not understand irony and how dumb they look by saying it. 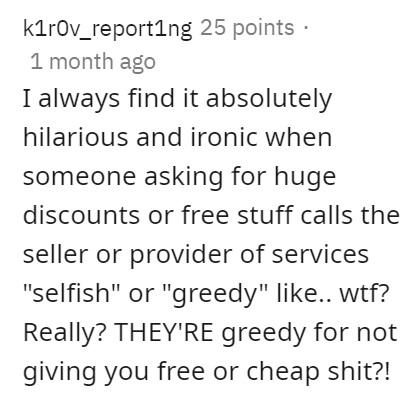 All the warning signs mushed into one person. 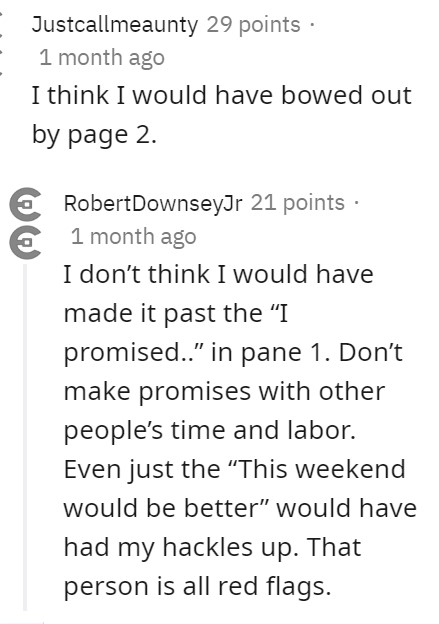 But she will do exactly that. 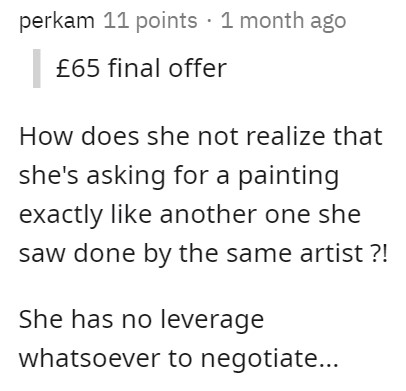 How would you deal with this sort of choosing beggar? Would you see what they say or block them from the first chance you get? Let us know in the comments below.